If Joey Logano wants to put his No. 22 Nascar Ford Mustang back in Victory Lane for the second week in a row, he’s going to have some ground to cover in Sunday’s Cup Series race at Kansas Speedway. During practice before qualifying, Logano’s No. 22 Ford blew a rear tire, resulting in a minor wreck that forced his team to pull out the backup car.

Moving to a backup car unfortunately meant Logano could not qualify in his No. 22 Mustang per Nascar rules, so he did not post a time. He will start 34th.

Joey Logano to a backup car after his practice crash at Kansas Speedway. #HotPass https://t.co/EQmzZFXZcL pic.twitter.com/xvBuCCHnYq

To add insult to injury, Logano’s No. 22 Nascar Ford team was one of two that did not pass pre-qualifying inspection. The No. 31 Chevrolet Camaro ZL1 of Justin Haley also failed. As a result, both teams lost a crew member and pit selection ahead of Sunday’s race. Nascar did not disclose the infractions that resulted in inspection failure.

Meanwhile, Logano’s teammate, Austin Cindric, had better luck and will start fourth in the No. 2 Mustang. Chris Bell in the No. 20 Toyota TRD Camry will lead the field to green with the No. 8 Chevrolet Camaro ZL1 of Tyler Reddick beside him starting second. Kyle Larson in the No. 5 Camaro will start third, and Kurt Busch in the No. 45 Toyota will start fifth. 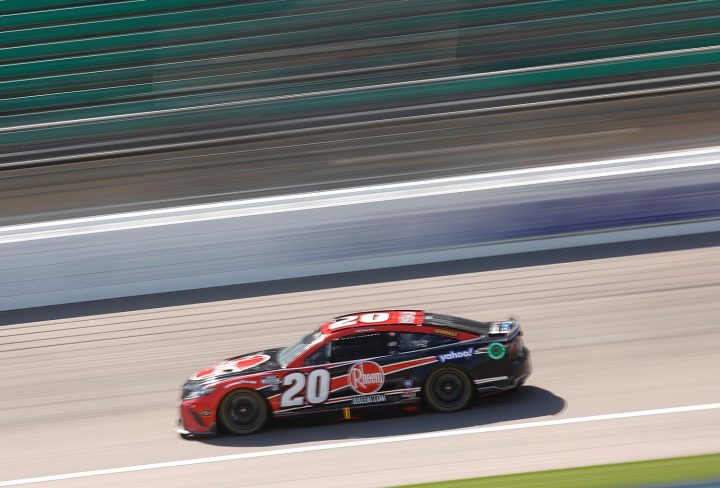 There is rain expected in Kansas on Sunday morning, but the race is scheduled to go green at 3 p.m. ET on May 15th.