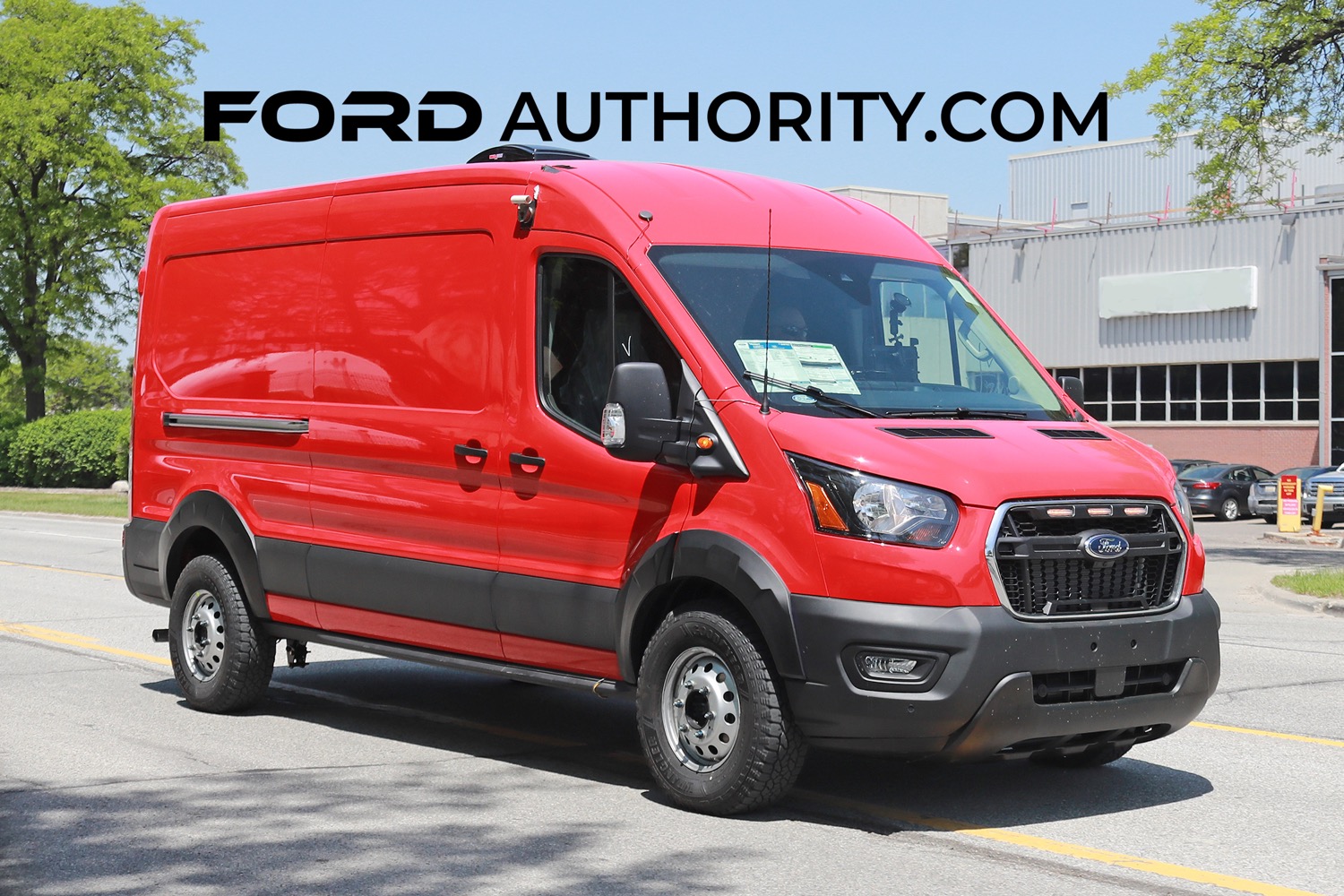 The Ford Transit Trail was revealed for the European market back in June of 2020 as a more rugged off-road focused variant of the best-selling van. A little over a year later, Ford filed a patent for “Transit Trail” in the U.S., signaling that the automaker was considering bringing the new model to America. Then, this past February, Ford Authority reported that the Ford Transit Trail could in fact be coming to the U.S., and around a week later, Ford Authority spies spotted the rugged new van in Metro Detroit. Earlier this week, Ford Authority reported some new, exclusive details regarding the North American Transit Trail, and now, our spies have spotted that same model completely uncovered for the very first time. 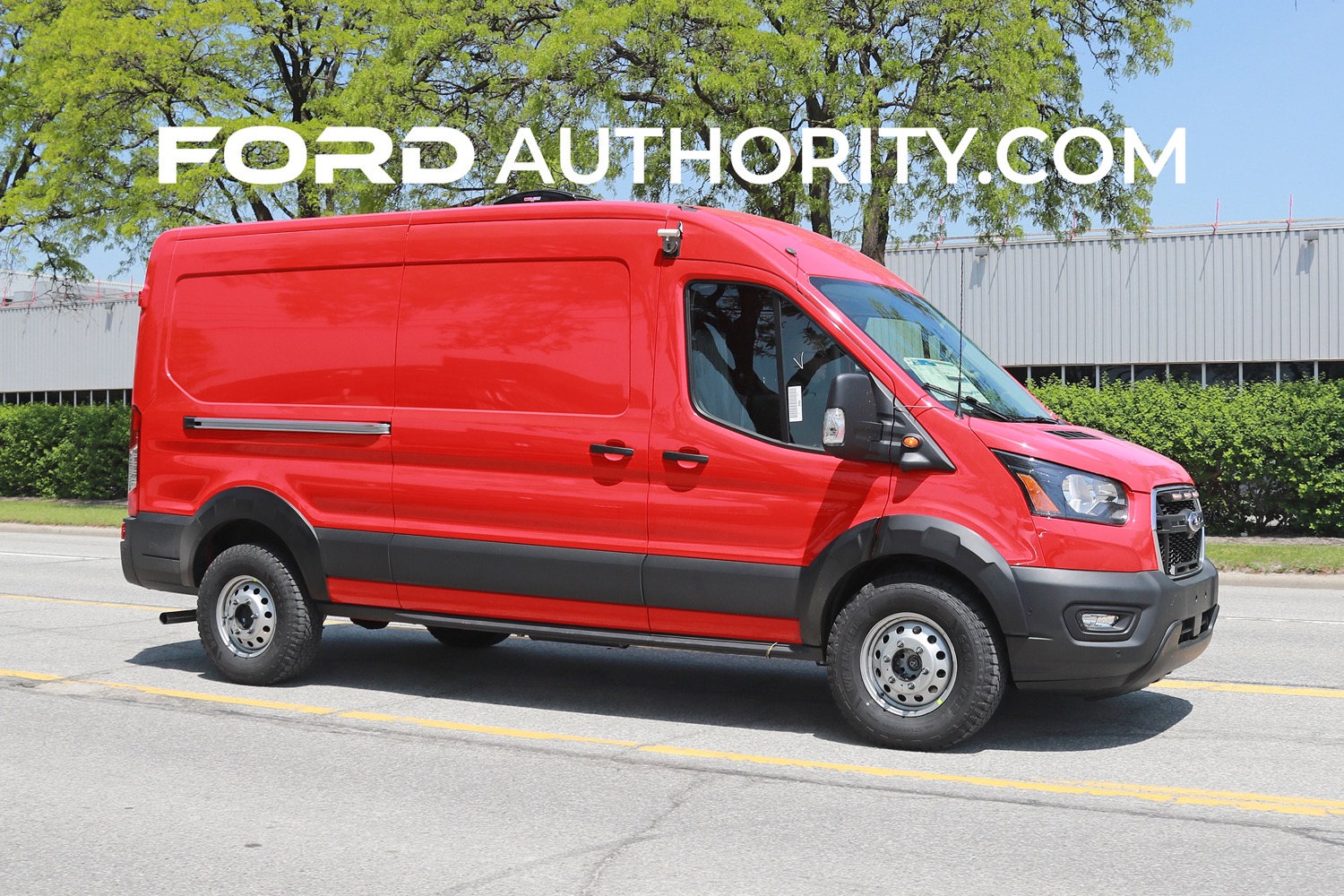 These photos confirm the details from Ford Authority‘s previous report, which noted that the North American Ford Transit Trail will look a bit different than its European counterpart. Most notably, up front, the American version is equipped with a traditional Ford badge in place of the Euro version’s Raptor-like “Ford” script grille, though both have three amber marker lights placed within the grille. 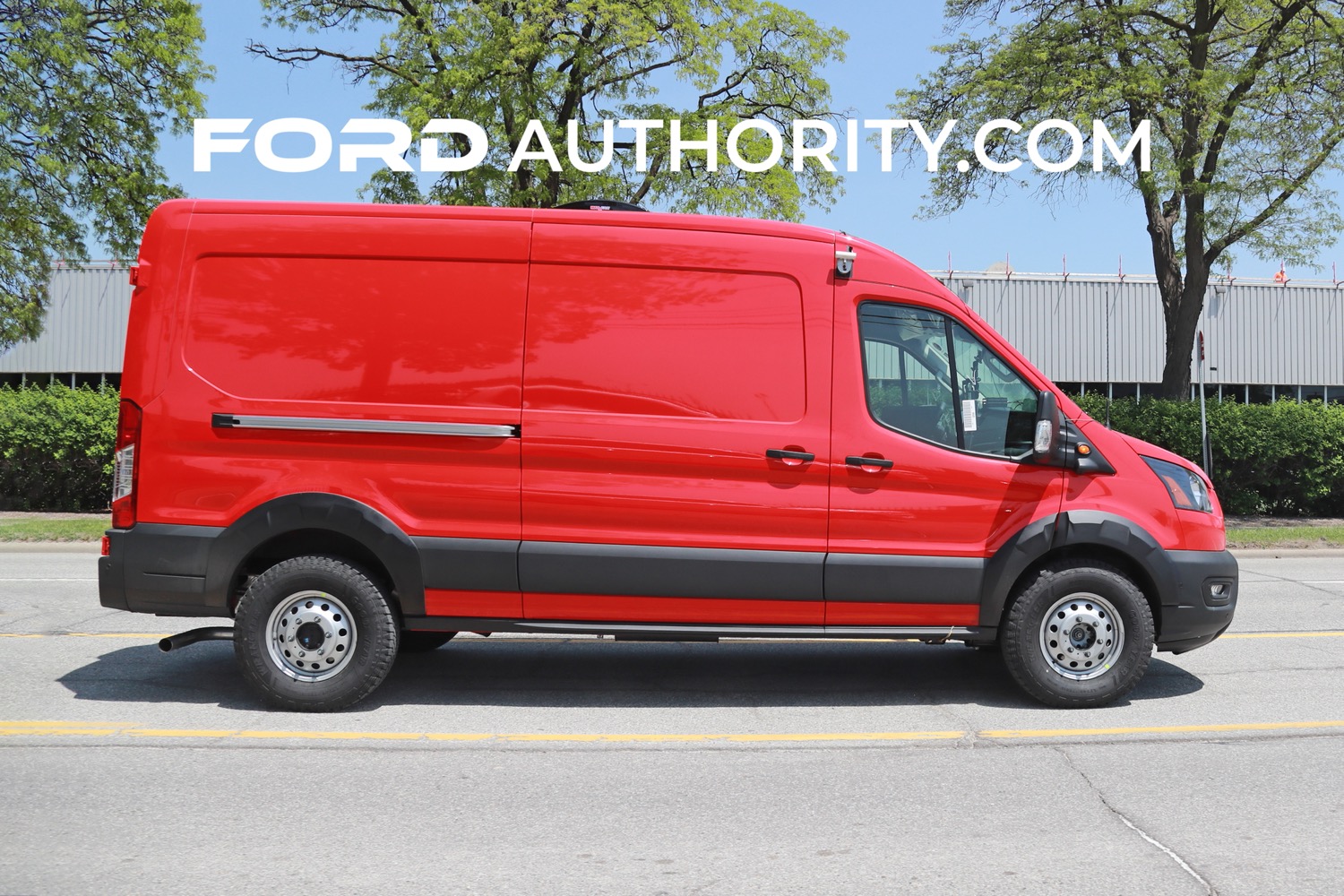 Both Transit Trail models feature fog lights, hood vents, and additional black body cladding around the entire vehicle, though the North American version has more substantial cladding around the wheel wells, as well as amber marker lights near the side mirrors. The Euro Transit Trail rides on black 16-inch alloy wheels, while the American variant is equipped with a set of steel wheels similar to those present on the Ford Bronco Sport Badlands, which are wrapped with meatier tires than other Transit models – including the Euro version. 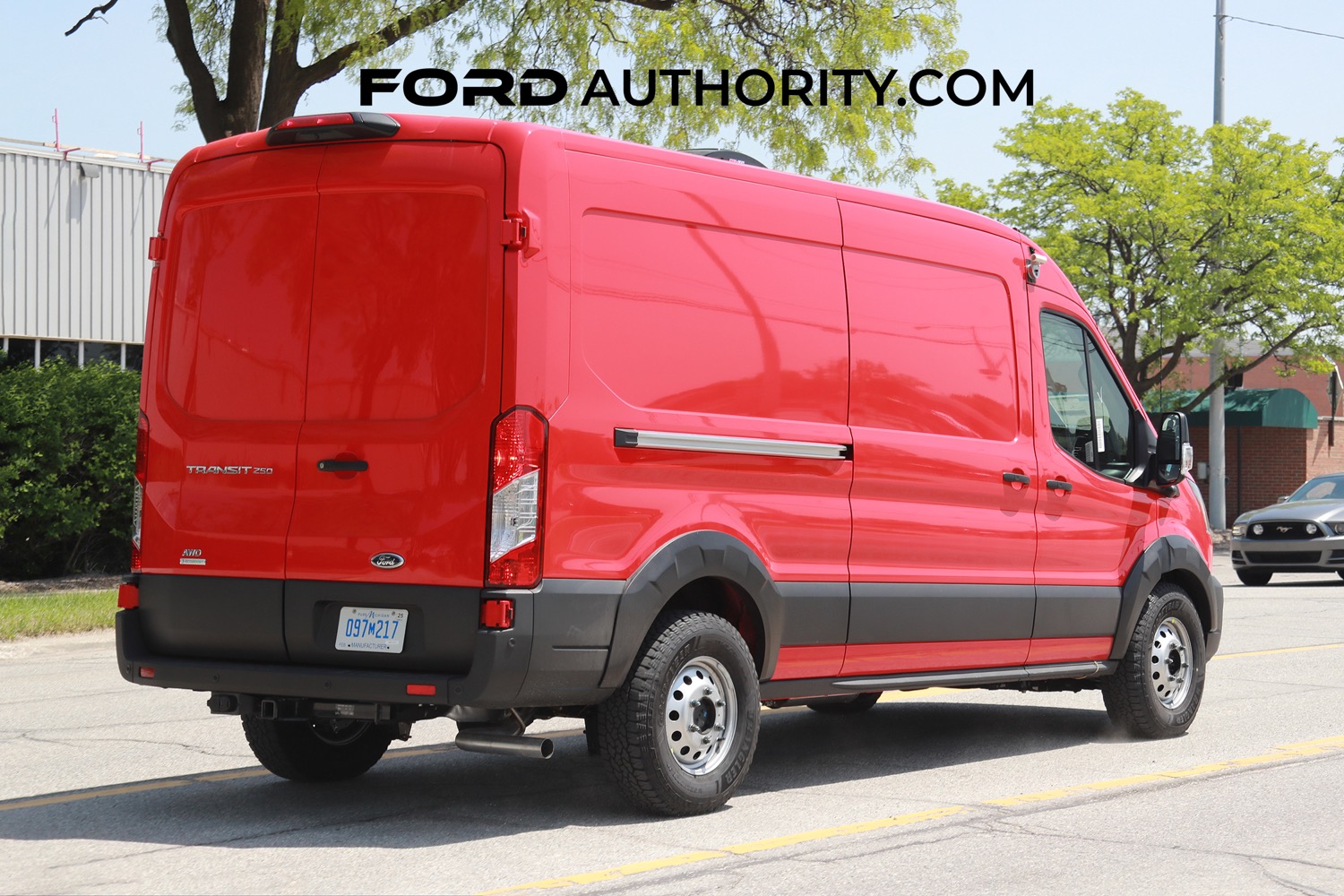 Up top, this particular van is equipped with a Maxxfan, which indicates that the model may be getting a standard or optional fan system. Finally, in the rear, the American Transit Trail features a unique center high-mounted stop lamp with a special protrusion on the roof. 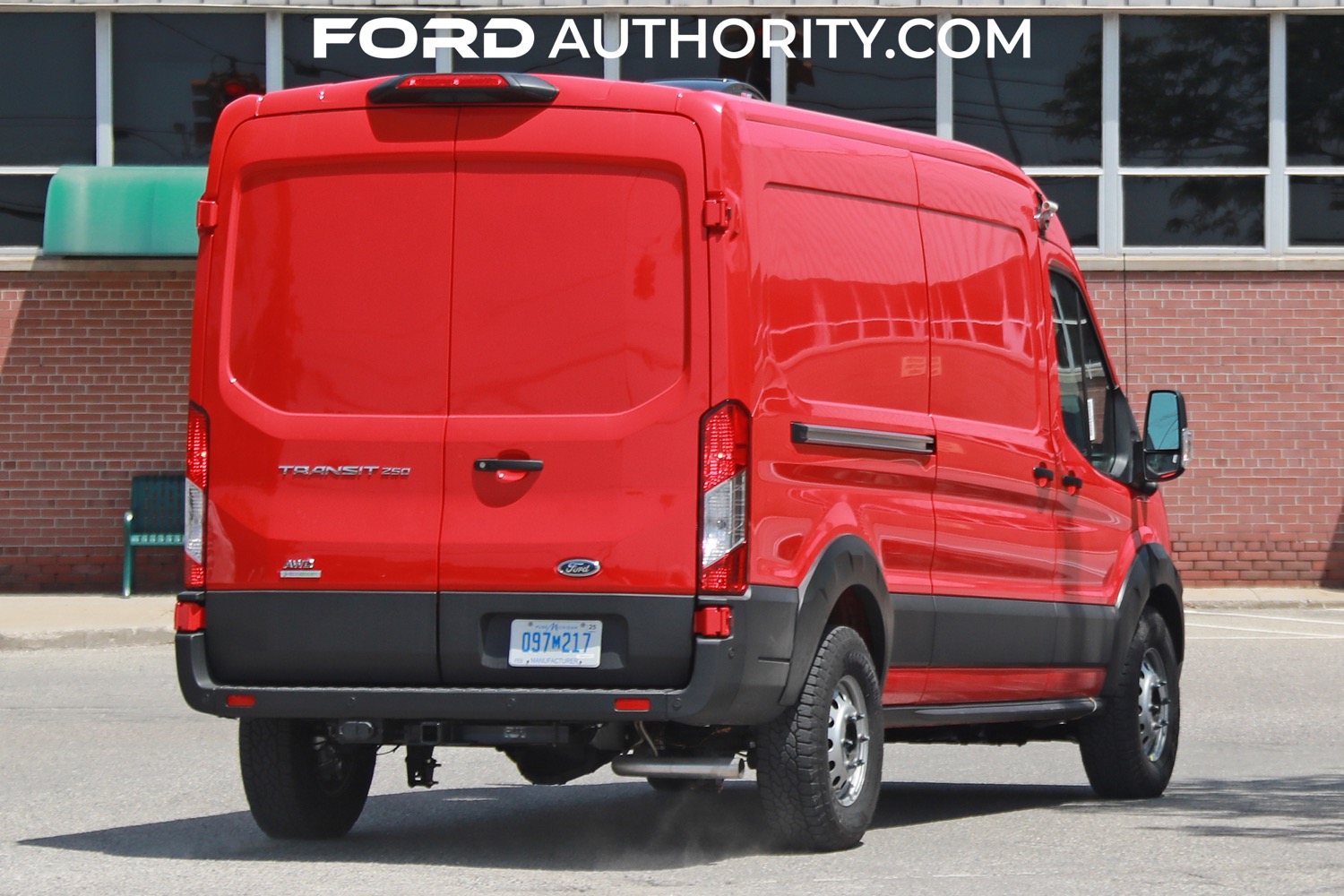 The Euro-spec Transit Trail comes equipped with a mechanical limited-slip differential (mLSD) on front-wheel-drive models or Intelligent All-Wheel Drive with AWD Lock Mode, Slippery and Mud/Rut Selectable drive modes, leather seats, a Quickclear heated windshield, power-foldable door mirrors, and auto lighting, while power comes from the Ford 2.0L I-4 EcoBlue diesel engine with a choice of 130 PS (128 horsepower), 170 PS (167 horsepower), or 185 PS (182 horsepower) outputs, which are mated to either an automatic or manual transmission.

We’ll have more on the North American Transit Trail soon, so be sure and subscribe to Ford Authority for the latest Ford Transit news and ongoing Ford news coverage. 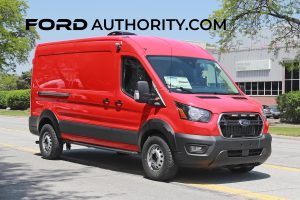 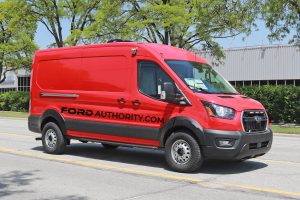 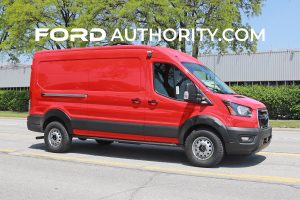 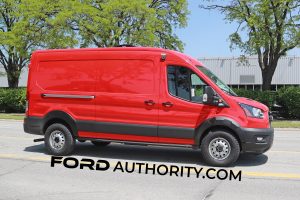 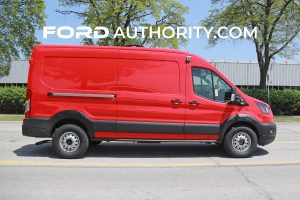 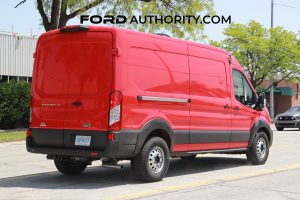 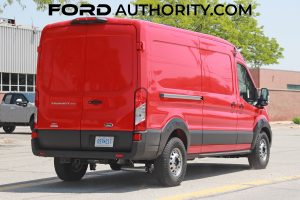 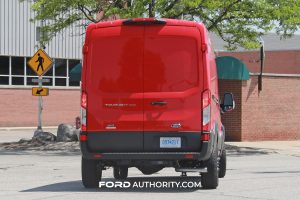 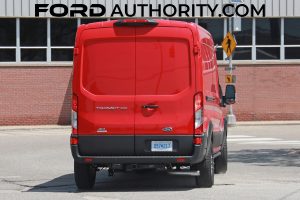 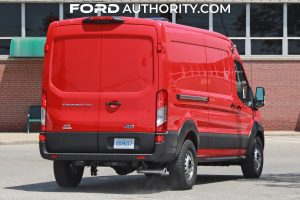 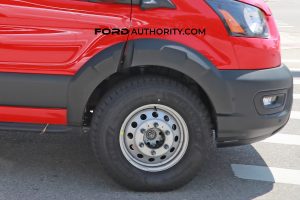 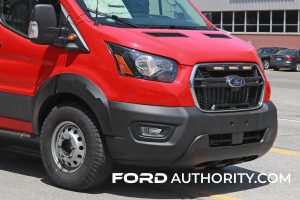