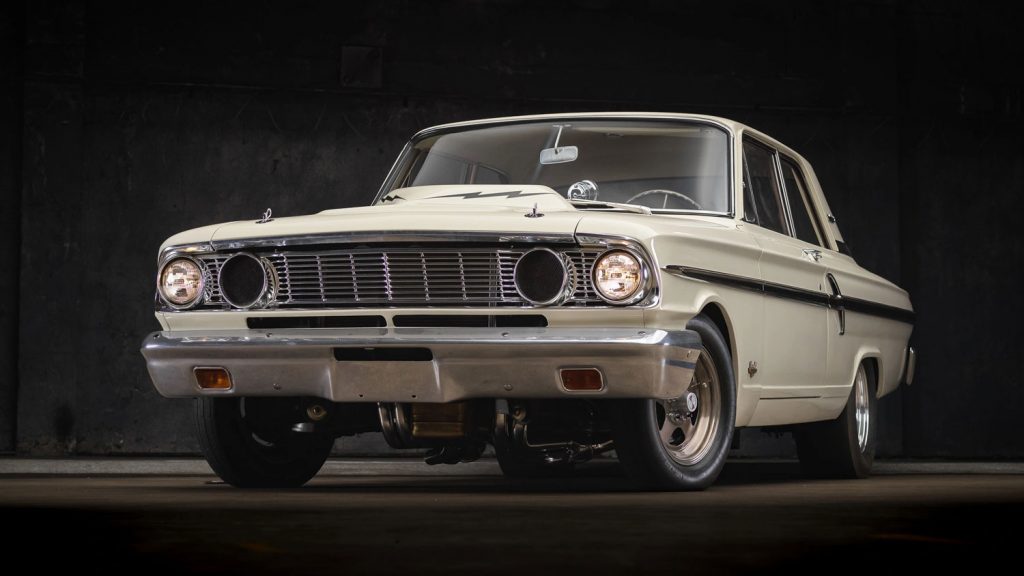 In the early 1960s, the Big Three went head-to-head-to-head in National Hot Rod Association’s Super Stock class, Ford with the monstrous 600 horsepower Galaxie, Chevy with its W-head 427 Big Block-powered Impala Z-11, and Mopar with the Stage III Max Wedge mills. Though very fast, the Galaxie’s Achilles heel was weight. The 1964 Ford Fairlane Thunderbolt was the answer to the weight-saving question. 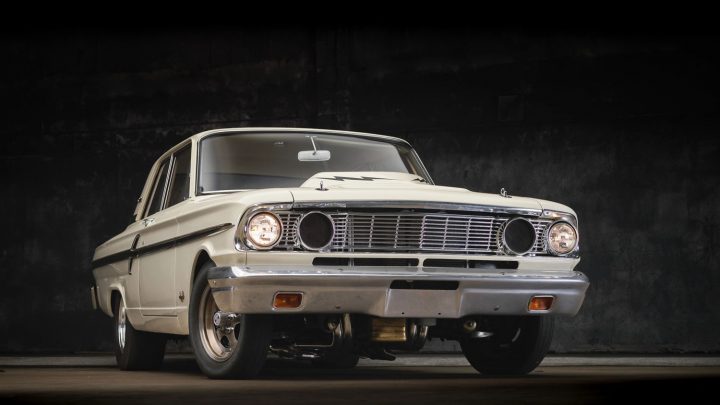 The NHRA introduced revised Super Stock class rules for the 1964 season. Cars weighing in at 3,200 pounds would be allowed up to 427 cubic inches of displacement. The head of Ford’s Drag Racing Team, Dick Brannan, took advantage of the new regulations, ordering ten Fairlane two-doors without heaters, radios, or even seam sealer. Shipping weight on the stripped-down Fairlanes was 2,992 pounds. With fuel and driver added to the equation, the cars would tip the scales right at the 3,200 pound minimum. These ten cars were the first Fairlane Thunderbolts. 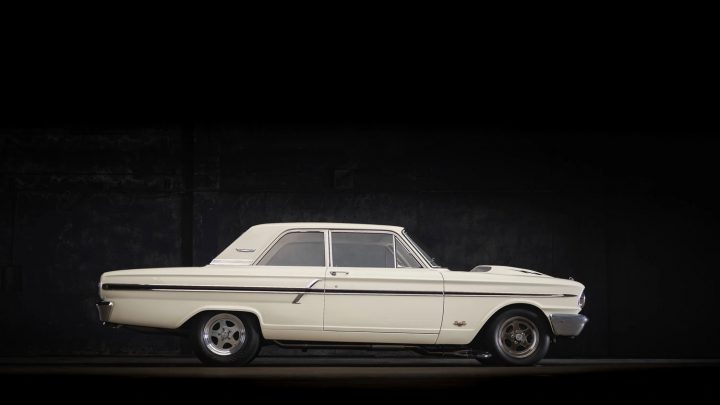 The first Fairlane Thunderbolt would be the test bed for parts and alterations. Those that worked would be applied to the other nine cars. Modifications included swapping the stock seats for the low-back buckets from a Ford Econoline van, changing out all the side and rear glass for fixed Plexiglas, which allowed all the window cranks and window mechanisms to be eliminated. The windshield wiper and sun visor on the passenger side were nixed, and the carpet was ditched in favor of lighter black rubber mat. 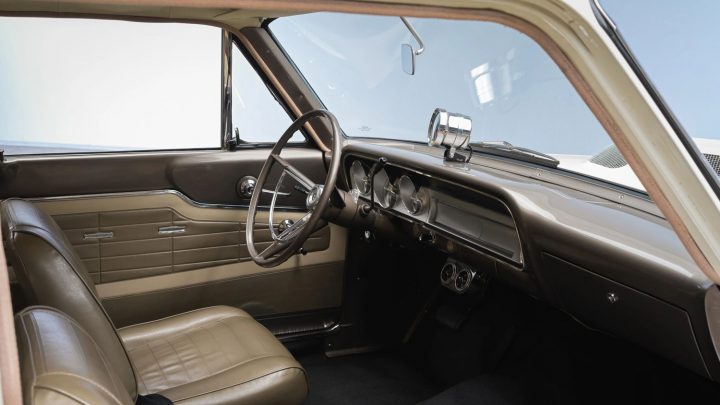 The weight savings didn’t end there. The Fairlane Thunderbolts lost their front steel fenders, doors, and hoods in favor of fiberglass bits. The steel bumpers were changed out for fiberglass ones (at least until the NHRA caught wind of it-aluminum ones would ultimately end up being used instead). The hood grew a massive center power bulge to make room for the high-riser 427 FE side-oiler engine. The headers were routed through the front suspension, and the battery found a new home in the trunk. In order to provide the 427 sufficient air, the high beam headlights were eliminated, and their housings cut out, becoming air intakes. 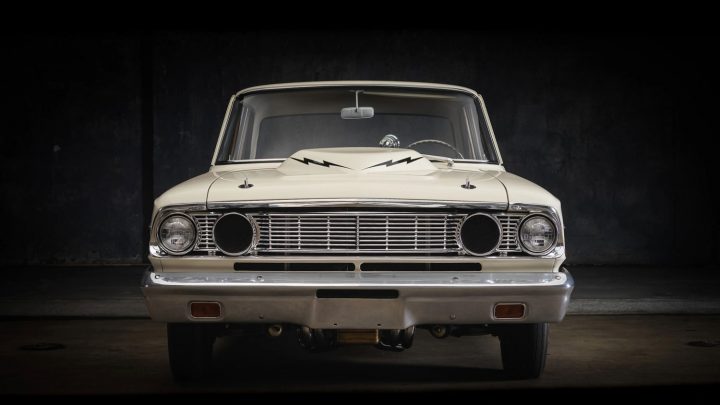 Initial testing of the Fairlane Thunderbolt was fast and brutal. Brannan said, “Vern and I went out on our first run, and it sucked out the rear window, which went 50 feet into the air.”

To meet NHRA minimum homologation, 100 copies of the Thunderbolt had to be built. The Fairlane Thunderbolt debuted at the February 1964 Winternationals, and clocked an 11.80 second time at 122.28. Another Thunderbolt went through the traps at 128 mph, a new Super Sport speed record. The Mickey Thompson team entry, piloted by Butch Leal, won the Super Stock class. 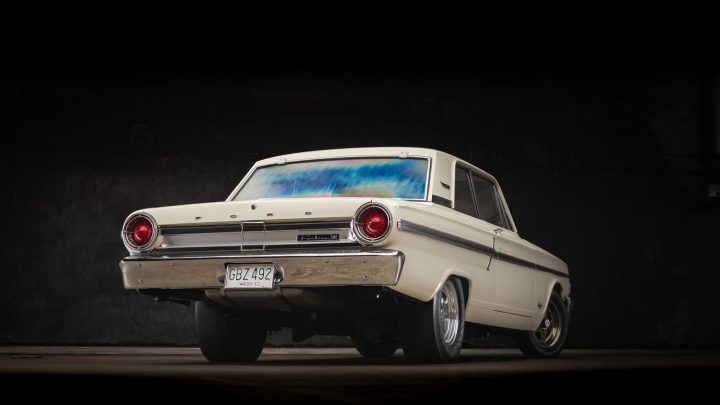 Model changes for 1965 increased the Fairlane’s weight, making it impossible to achieve what had been done the previous year, at least not safely. The Falcon and the new Mustang rang the death knell for the Fairlane Thunderbolt. Total production was limited to the 100 units built in 1964, half automatics, half manuals. 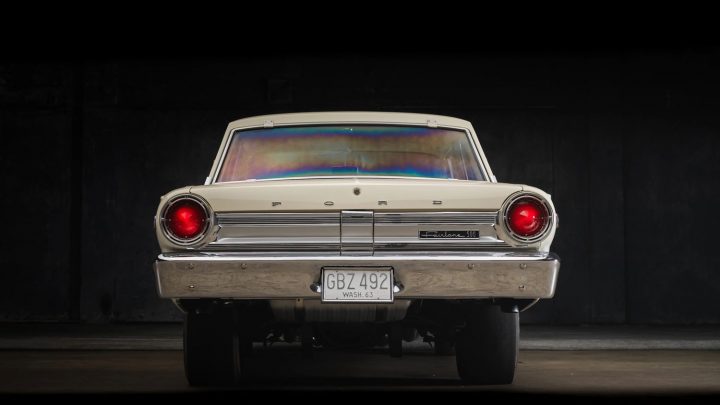 Our feature 1964 Ford Fairlane Thunderbolt tribute is painted white over tan vinyl interior, and is quite faithful to the original. It is powered by a 427 cubic-inch side-oiler backed by the C6 three-speed slush box trans. It wears a bulged fiberglass hood with hood pins, a Lexan rear window, high beam air intakes, and an alloy front bumper. The front wheels are Motor Wheel magnesium units, and the rears are aluminum wrapped in Goodyear drag slicks. Four wheel drum brakes tend to stopping duties. 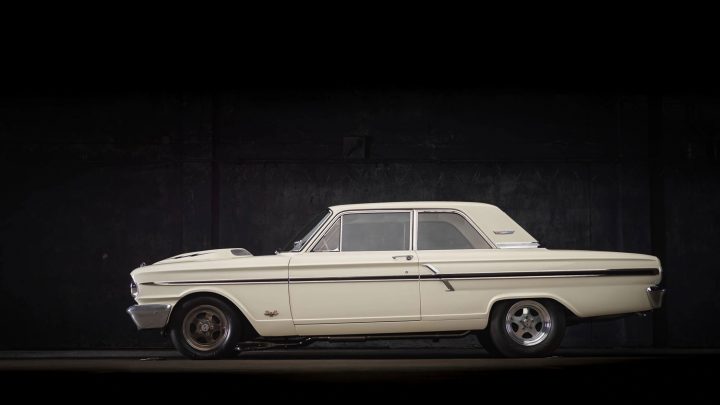 Inside the Fairlane Thunderbolt tribute is dressed in tan vinyl, tri-color door panels, and the floors are covered in a black rubber mat. The speedometer, gas gauge, and coolant temp gauge are all framed by the three-spoke steering wheel. A Rotunda eight-thousand rpm tach is mounted on the dash. Stock seatbelts have been replaced by Simpson latch-style units. 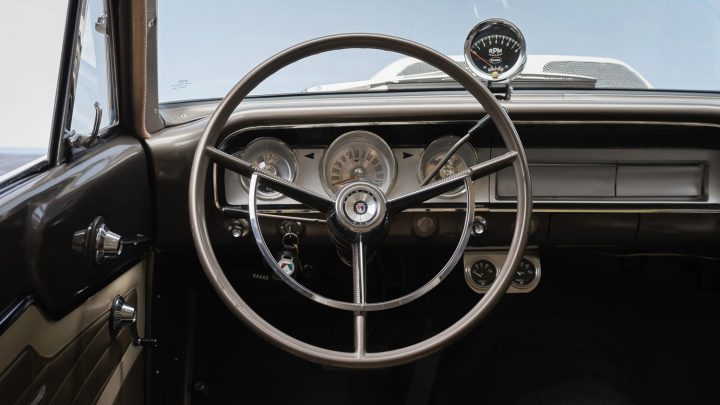 Beneath the bulged fiberglass hood of the Fairlane Thunderbolt resides the beastly 427 cubic inch side-oiler V8. It is fed by a dual Holley four-barrel carbs atop a high-rise manifold. The 427 has been built with competition cam, and flat-tappet lifters. It exhales through stainless steel ceramic coated headers and Flowmaster mufflers. A Ford C6 automatic sends power through a nine-inch rear differential. 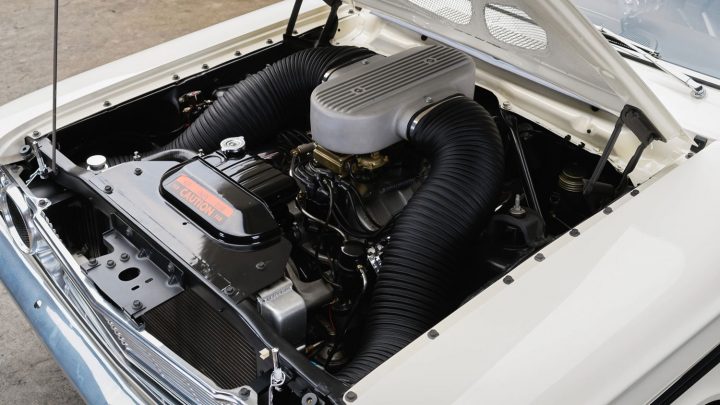 This impressive Fairlane Thunderbolt tribute is currently for sale on Bring a Trailer, with the auction ending on Wednesday, June 8th.

Be sure and subscribe to Ford Authority for more Ford Fairlane news and ongoing Ford news coverage. 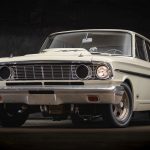 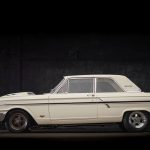 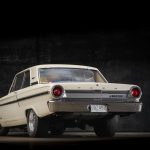 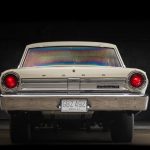 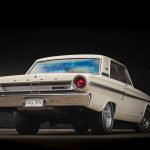 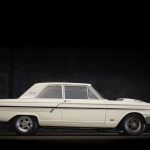 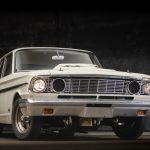 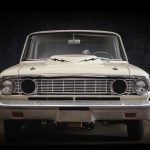 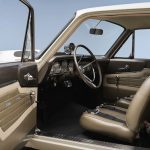 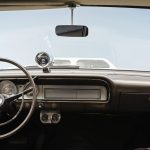 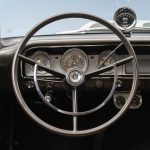 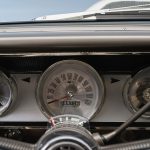 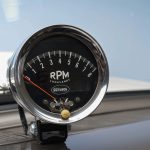 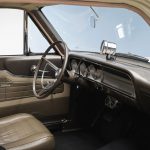 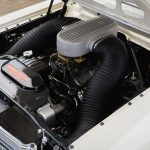 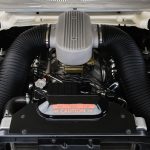 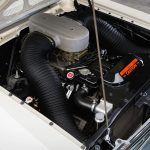