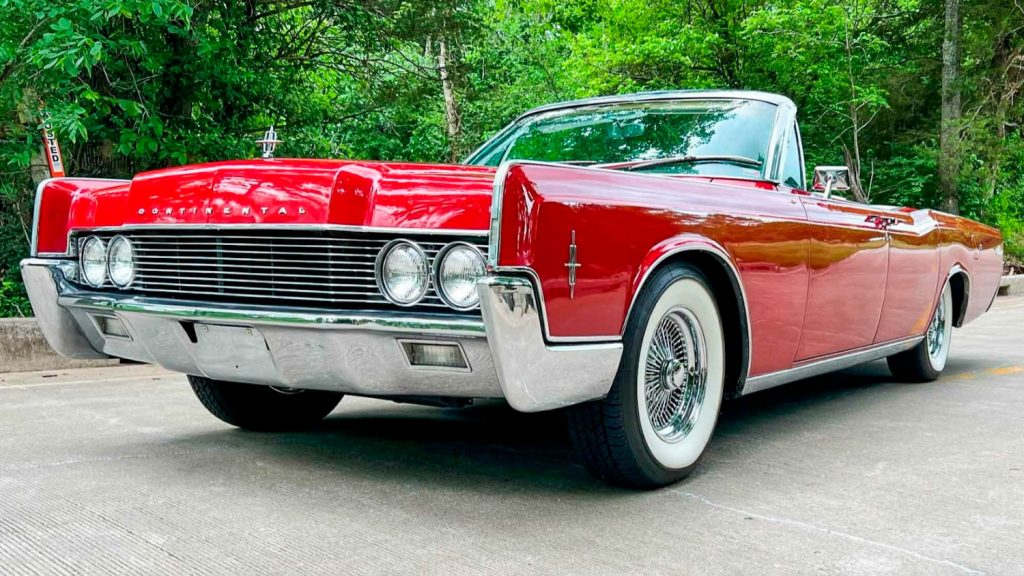 The late 1950s were a period of not-insignificant losses for Lincoln. With luxury marque falling over $60 million into the red, something had to be done. That change came in the 1961 model year, when Lincoln’s lineup consisted of just a single offering. The all-new Lincoln Continental, designed by Elwood Engel, would carry the Lincoln banner. It would also be the first time Lincoln had used the Continental moniker since 1948. 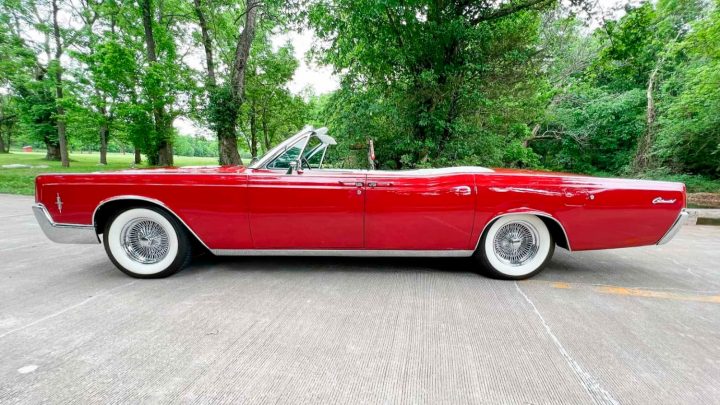 The new Lincoln Continental had a much cleaner look than its predecessors. Sweeping design lines ran the car’s length, while build quality was pushed to a higher standard ensuring the Continental would be one of the finest mass-produced American cars. The Continental was awarded the 1961 Car Life Engineering Excellence Award, and the Industrial Designers Society of America bestowed their Bronze Medal for the car’s design, an honor rarely given to motor vehicles. 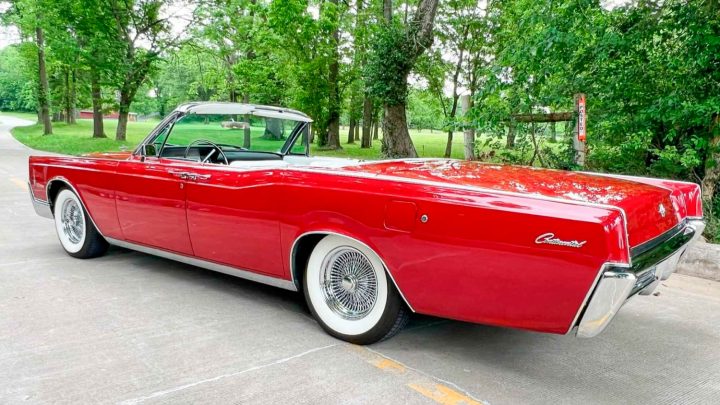 The new Lincoln Continental was available as either a four-door convertible or a four-door sedan, both configurations that would last until the 1966 update. The underpinnings were a stretched version of the 1961 Thunderbird unibody platform. The rear doors were rear-hinged for the first time in a decade. Both front and rear doors utilized a central locking system that was vacuum-actuated, latching both sets of doors at the B-pillar. The convertible Continental used a modified version of the Ford Fairlane Skyliner‘s rear-hinged deck lid to stow the fabric top. The wheelbase measured in at 123 inches, but grew to 126 for 1966. 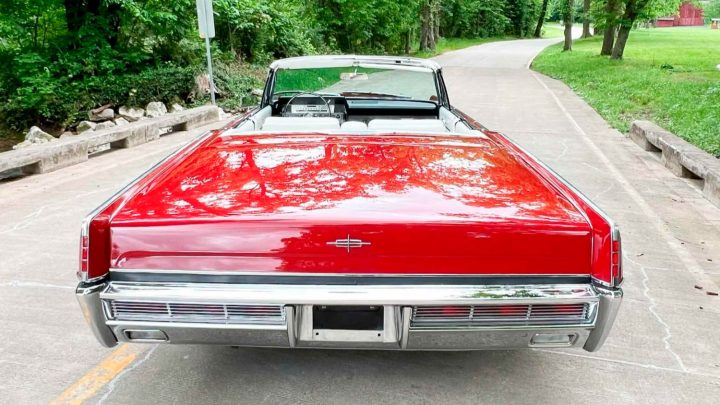 The Lincoln Continental was propelled by the 430 cubic-inch V8. The big engine was topped by a Carter two-barrel carb, yielding 300 horsepower and 465 pound-feet of torque. The only transmission offered was the three-speed automatic. The engine would grow to 462 cubes for the 1966 model year, with a bump to 340 horsepower. 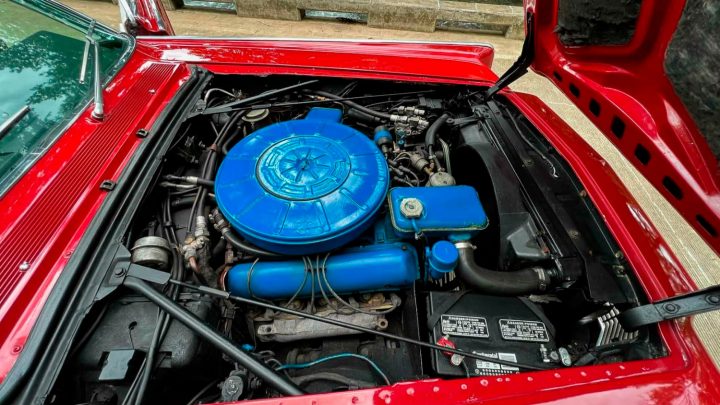 The Lincoln Continental was well equipped, with a six-way power bench front seat, cruise control, air conditioning, tinted glass, a limited slip rear diff, and machined aluminum inserts on the dash and doors that could be replaced by polished walnut at no additional charge. 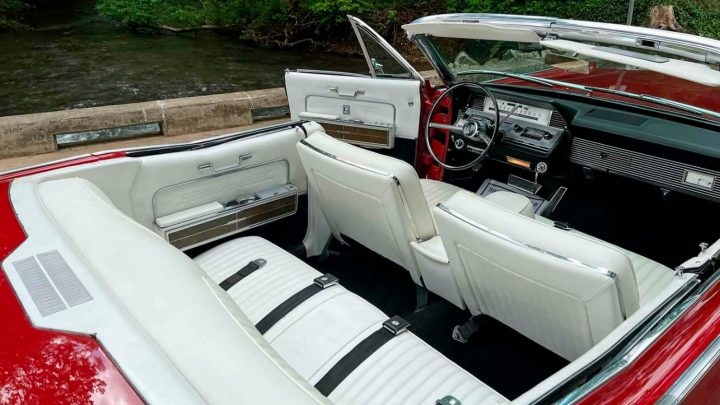 Our feature 1966 Lincoln Continental is finished in a bold but not unattractive Cranberry Red. It is a handsome contrast to the stark white interior and white vinyl convertible top. The top is said to have newer wiring, power rams, and motors ensuring years of reliable operation. Coker Classic wide whitewall tires are wrapped around chrome wire wheels for a custom touch. Chrome and stainless trim present well, glass appears to be free of nicks or cracks, and the white convertible top shows some minor wrinkling from being stowed in the down position. 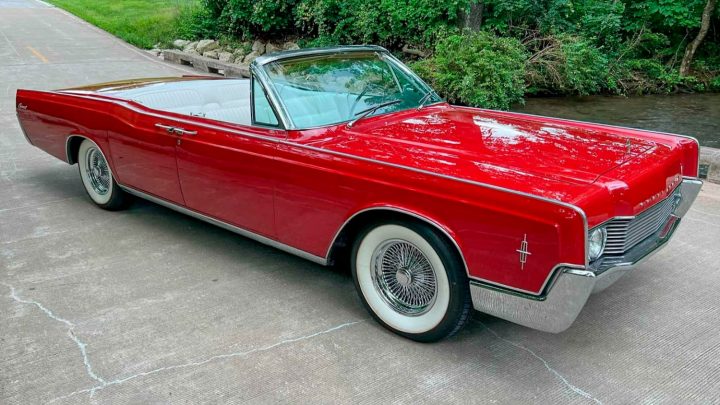 Inside the Lincoln Continental, the white leather interior is just what you would want on a sunny, top-down day. The bench seats front and rear show no appreciable wear, and the black carpets look to be colorfast. The brushed metal dash is in good nick, and walnut panels adorn the doors. The Continental is equipped with air conditioning, power steering, power brakes, power windows, power locks, power seat, and factory cruise control. 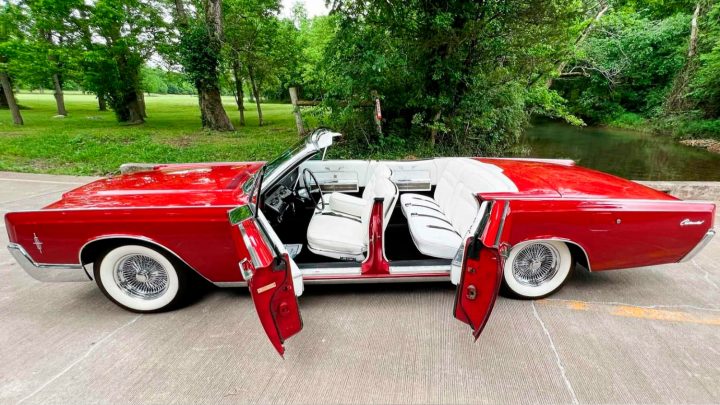 The Lincoln Continental is powered by the 462 cubic-inch V8 backed by a three-speed automatic trans. The engine appears complete and largely original, but could stand a bit of detailing. 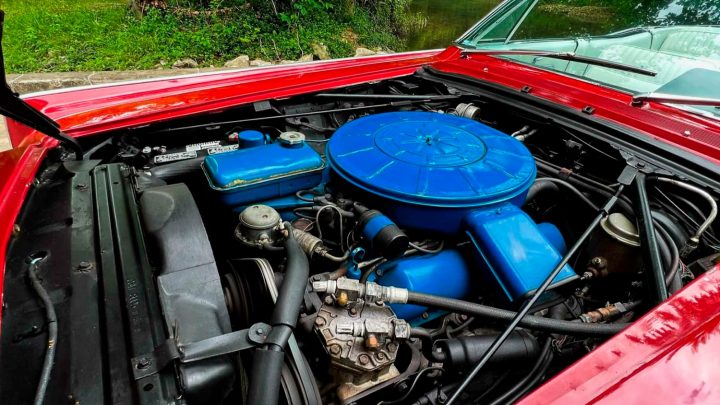 This attractive 1966 Lincoln Continental convertible will cross the Mecum Auctions block at their Tulsa, Oklahoma event taking place June 9th through the 11th. 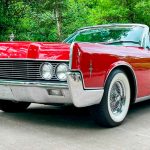 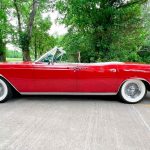 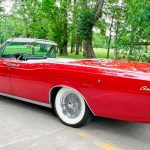 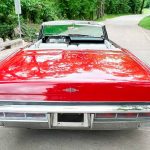 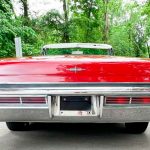 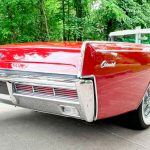 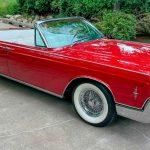 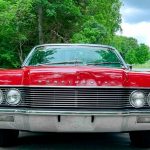 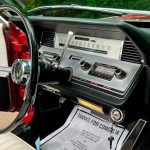 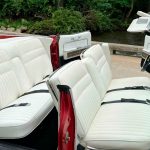 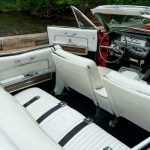 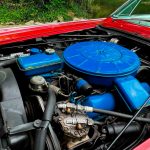 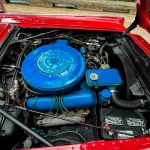