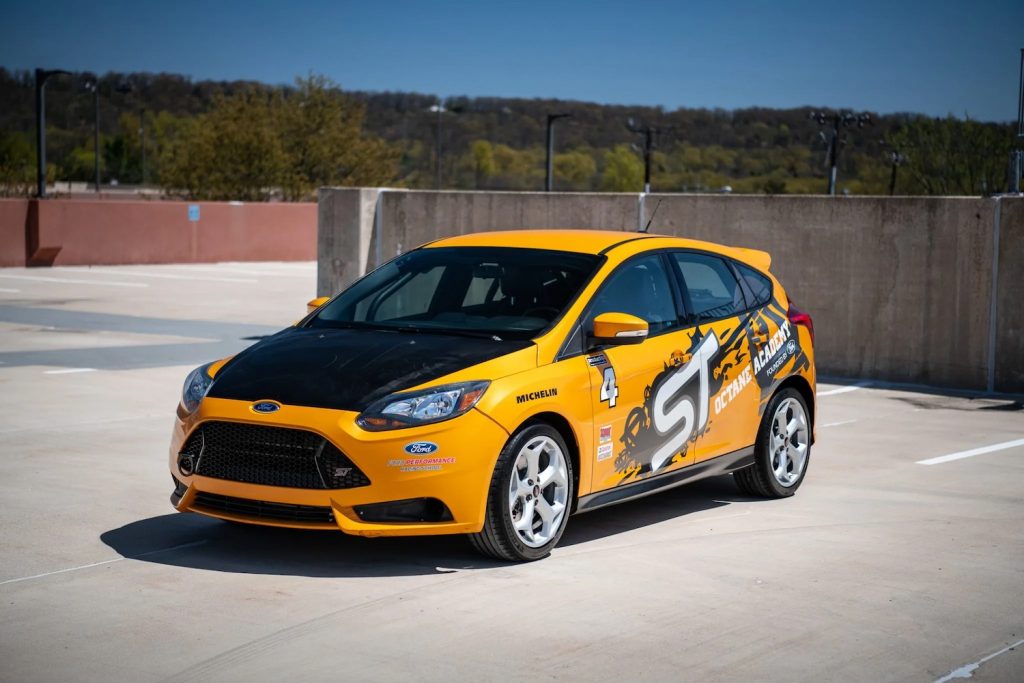 Years ago, FoMoCo operated what it called the “Octane Academy” at the Ford Performance Racing School in Tooele, Utah, giving enthusiasts a proper way to hone their skills out on the track via a number of performance driving courses. There, participants were able to hop behind the wheel of a specially-prepared Ford Focus ST or Ford Fiesta ST following some classroom instruction time. Back in 2019, the automaker moved its Ford Performance Racing School to Charlotte Motor Speedway in Concord, North Carolina, but now, a 2014 Octane Academy Ford Focus ST has emerged in an auction at Bring a Trailer to remind us of the old days. 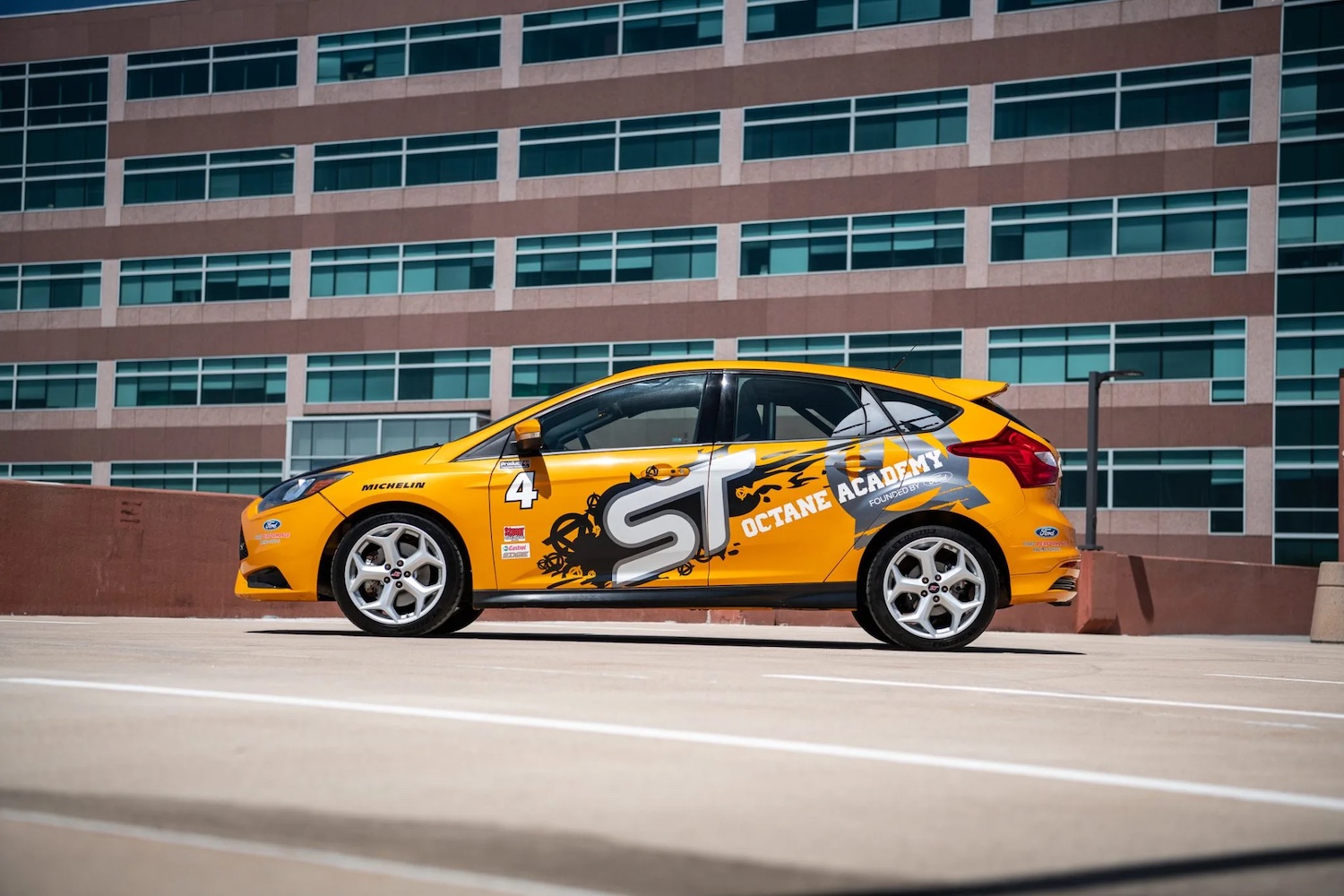 This 2014 Octane Academy Ford Focus ST is in pretty fantastic shape for a purpose-built driving school car and has just 13k miles on the clock, making it a pretty enticing offering. On the outside, there’s no mistaking it for anything else, thanks to that bright Tangerine Scream paint and Octane Academy livery, which is complemented by a front tow hook, black side skirts, a roof-mounted antenna, a rear spoiler, dual exhaust tips, and silver 18-inch alloy wheels with ARP wheel studs wrapped in 235/40 Michelin Pilot Sport 4S tires. 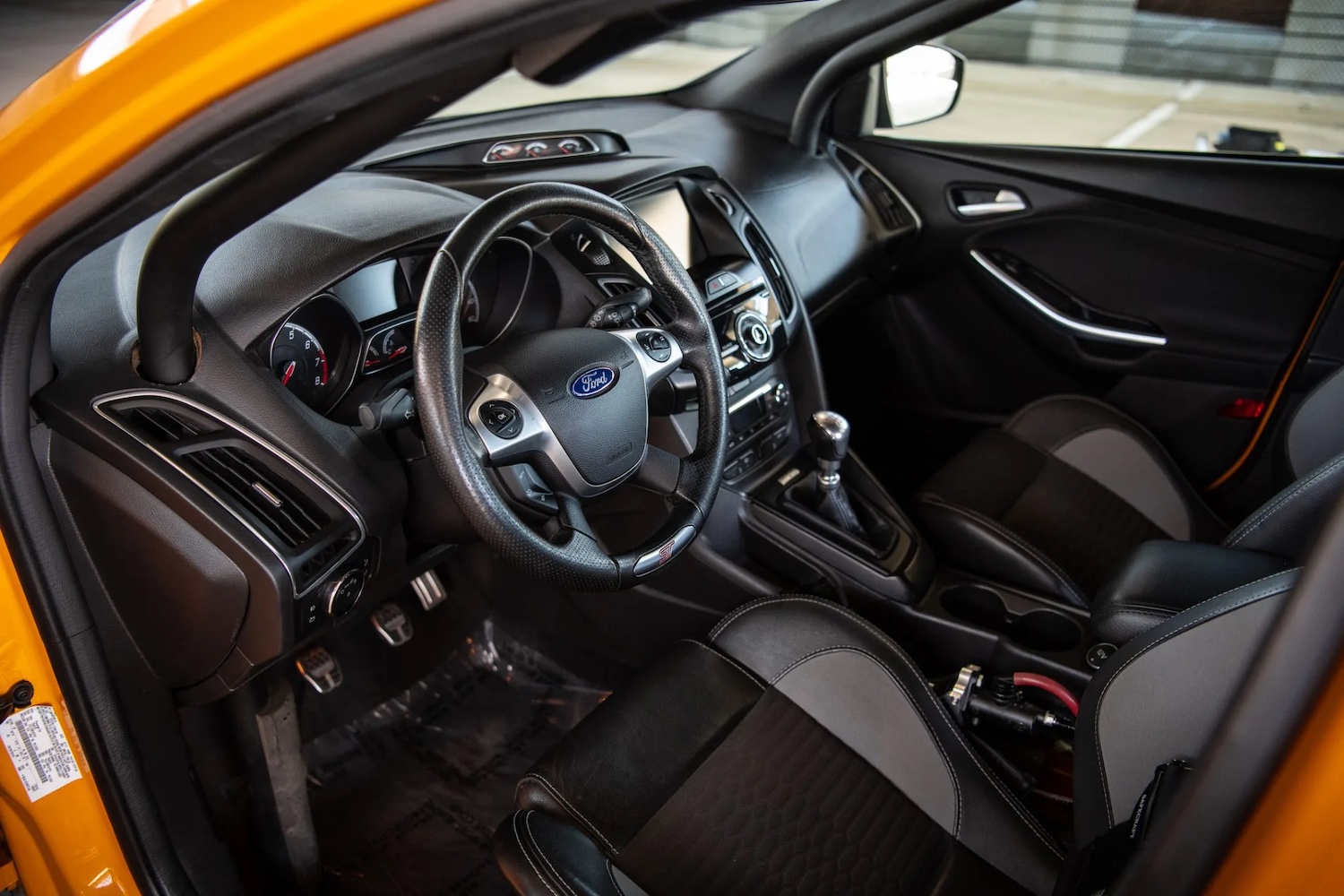 Inside the cabin, this Focus ST doesn’t really look like a race car with its sumptuous black leather seats with gray cloth inserts, though there are some business-related items here including Ford Racing Racecraft four-point harnesses, a rear seat delete, a six-point roll cage, and an Era1 handbrake assembly. Regardless, there are also plenty of amenities including air conditioning, a Sony stereo, power windows and locks, and cruise control. 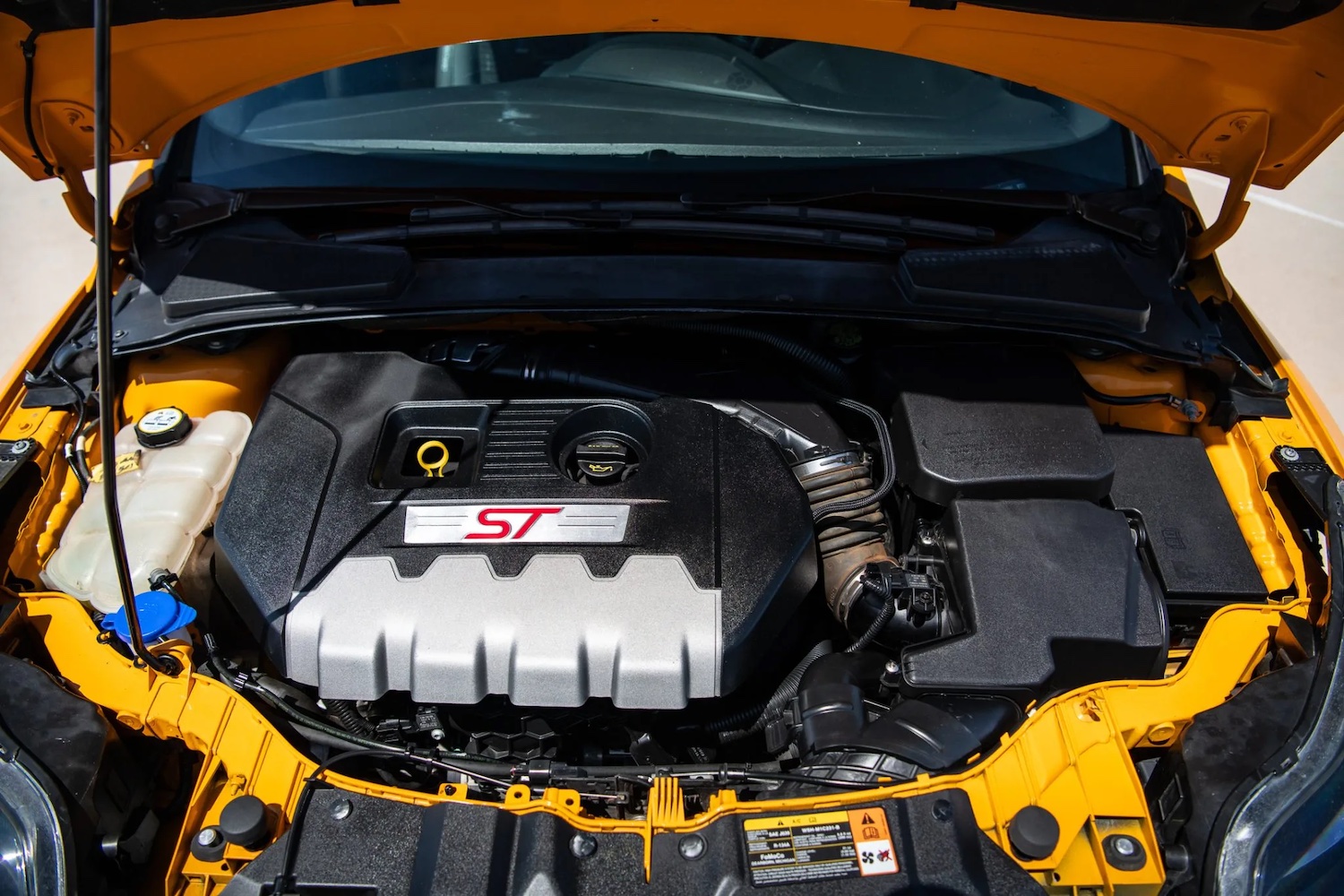 Power for this hot hatch comes from the turbocharged Ford 2.0L inline four-cylinder engine, which was originally rated to produce 252 horsepower and 270 pound-feet of torque that flows to the front wheels via a six-speed manual transmission. However, Octane Academy cars were also fitted with a beefed-up cooling system, custom radiator ducting, and a Ford Performance cat-back exhaust system. Brakes were also fortified with stainless steel lines, 3-inch cooling ducts, a Wilwood master cylinder, Wilwood rear calipers, and Carbotech pads. 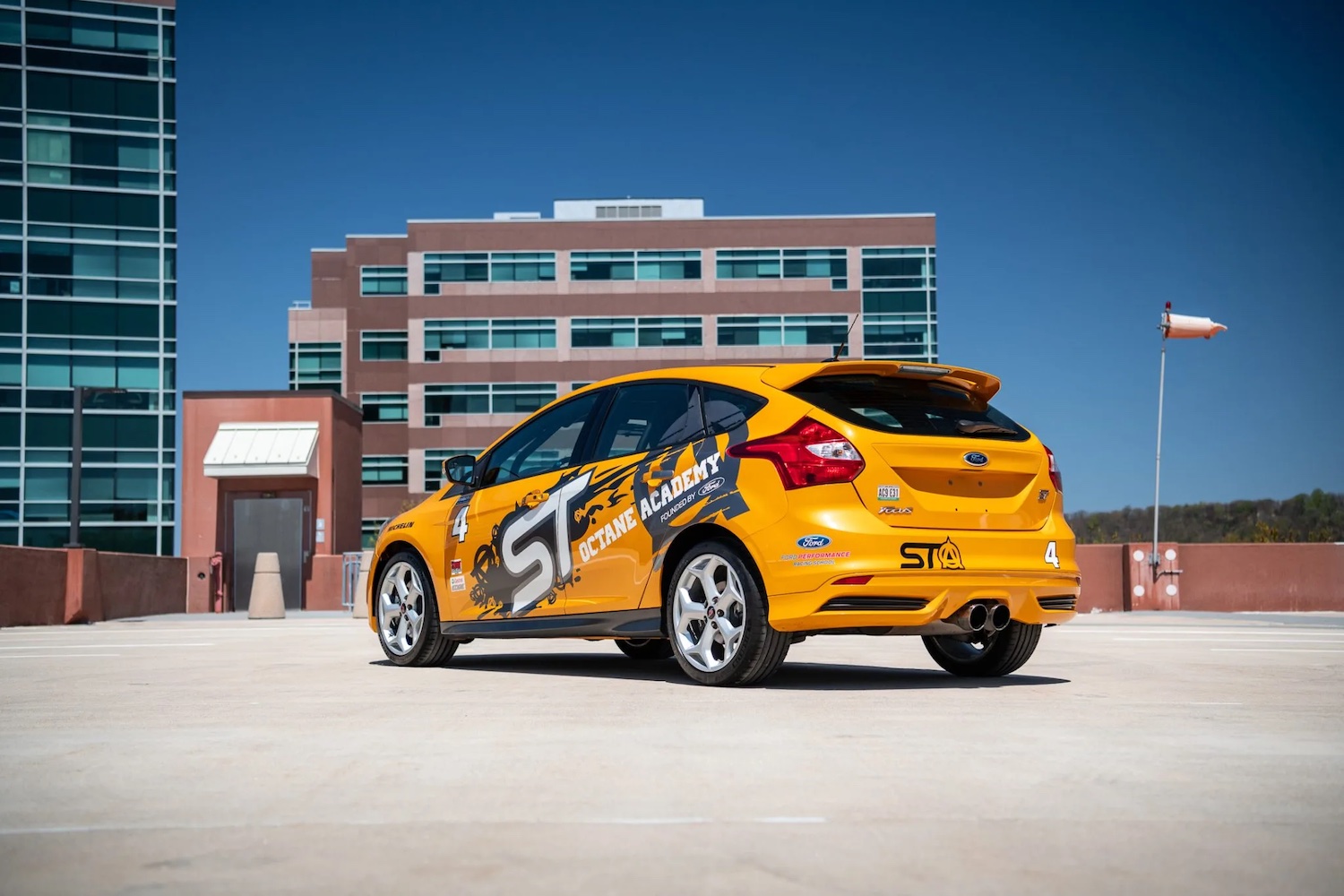 Overall, this Focus ST is a pretty cool relic from the recent past, and one that has held up surprisingly well in spite of the abuse it has likely endured. And in our book, that makes it pretty desirable, too.

We’ll have more cool auction finds like this to share soon, so be sure to subscribe to Ford Authority for the latest Ford Focus news and comprehensive Ford news coverage.