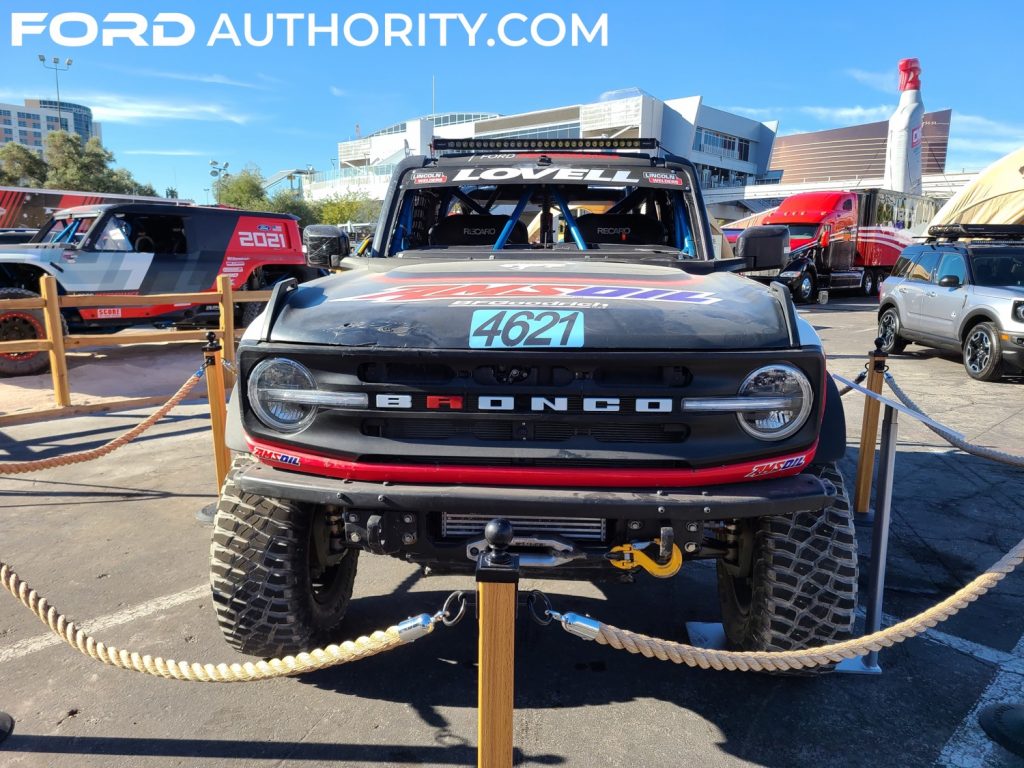 The 2021 Ford Bronco 4600 Ultra Racer is a competition-born Bronco built for four-wheel-drive racing. First revealed in early 2021, the Bronco 4600 was designed for the Ultra4 4600 class – which is what gets it the “4600” moniker, meaning it was developed to be the ultimate rock-crawling Bronco without sacrificing handling or performance. At SEMA 2021, Ford Authority had the chance to get a firsthand look at this race-going SUV. 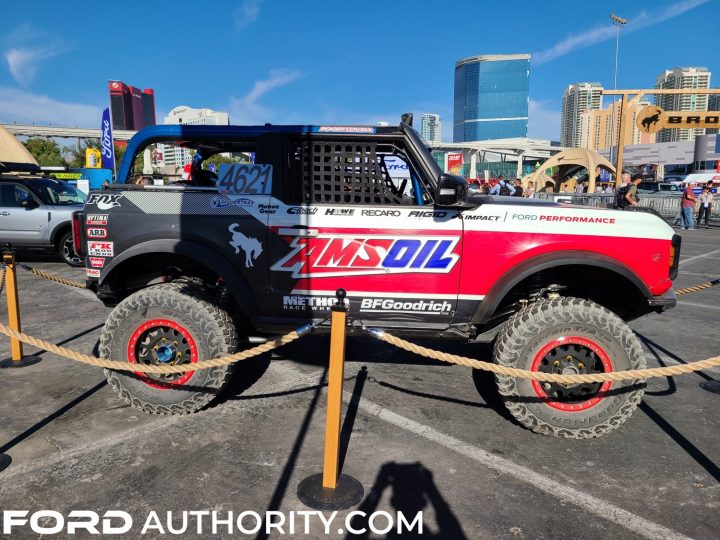 This particular 2021 Ford Bronco 4600 started two races in the 2021 season and won both with Ultra4 champion drivers Brad Lovell and brother Roger Lovell behind the wheel. In other words, it has a 100 percent victory rate thus far.

The machine began life as a base 2021 Ford Bronco equipped with the Sasquatch off-roading equipment package. After that, Ford Performance turned it into much more than that. 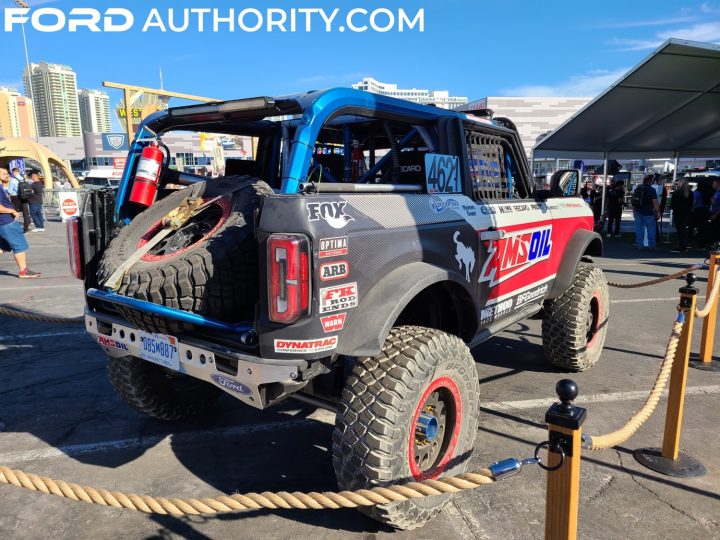 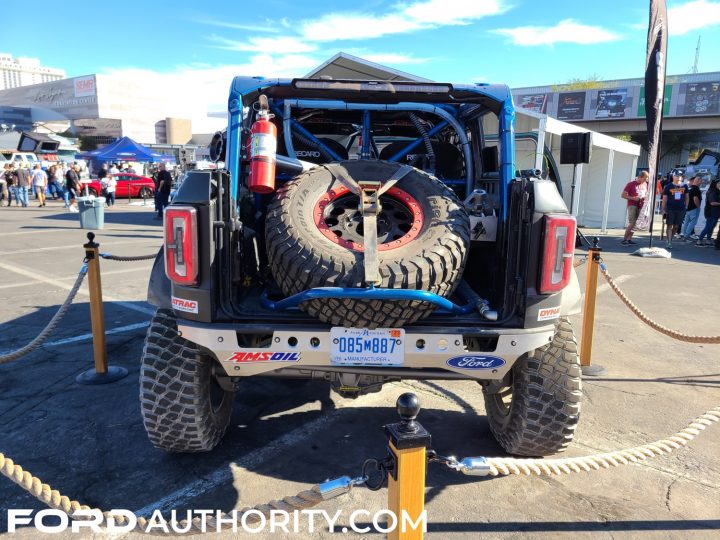 This 2021 Ford Bronco 4600 features a set of Method 202 Race Series Forged Wheels wrapped in BFG KM3 MT off-road tires. Up front, it features Rigid lighting and a Warn 10S Platinum Zeon Winch, while a Multimatic roll cage keeps the driver safe while keeping the chassis lightweight. Inside the cockpit, there are Recaro race seats, a Lowrance GPS, and Motec Data Acquisition technology. 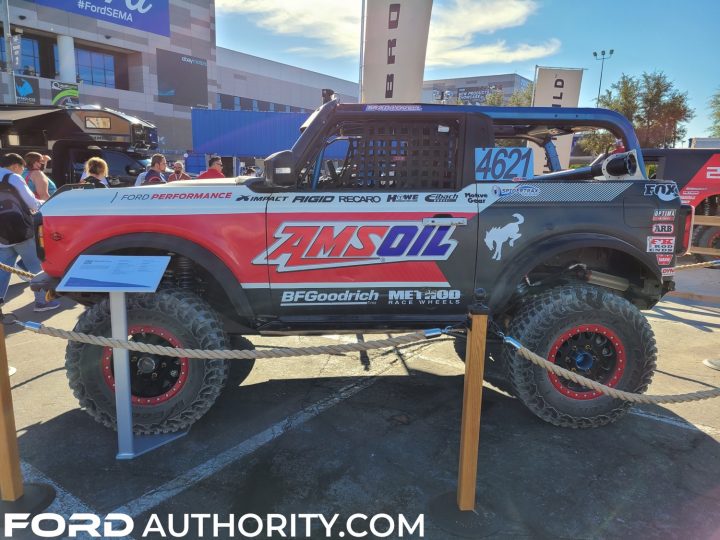