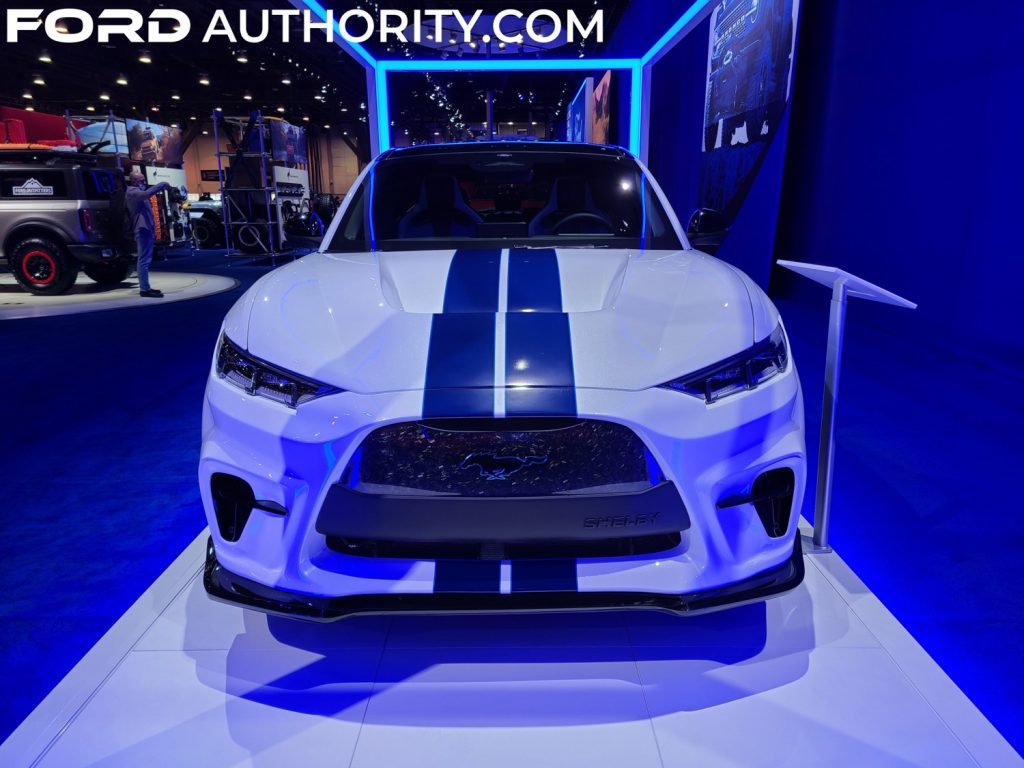 Aside from the bevy of Ford Bronco and Ford F-150 builds, the 2021 SEMA Show also had its fair share of custom Ford Mustang Mach-E builds, a significant peek into the future of hot rodding and automotive customization. Perhaps the most intriguing of the bunch, however, was the 2021 Ford Shelby Mustang Mach-E GT concept, the very first all-electric crossover build from an iconic company that’s been intertwined with The Blue Oval for decades now. 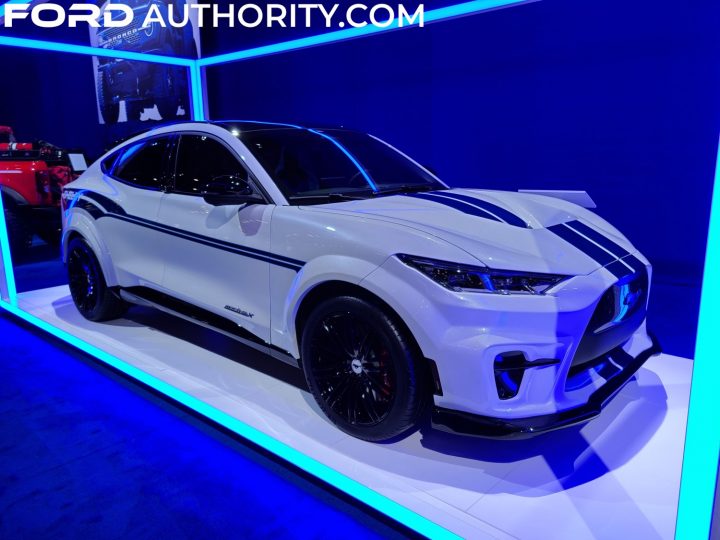 As part of FoMoCo’s official booth at last year’s SEMA Show, the 2021 Ford Shelby Mustang Mach-E GT concept is also a collaborative effort between Ford and Shelby. Both were quick to point out that Carroll Shelby himself was intrigued by the idea of electric vehicles, and this custom EV crossover was built with plenty of heritage in mind, as well as an eye toward the future. 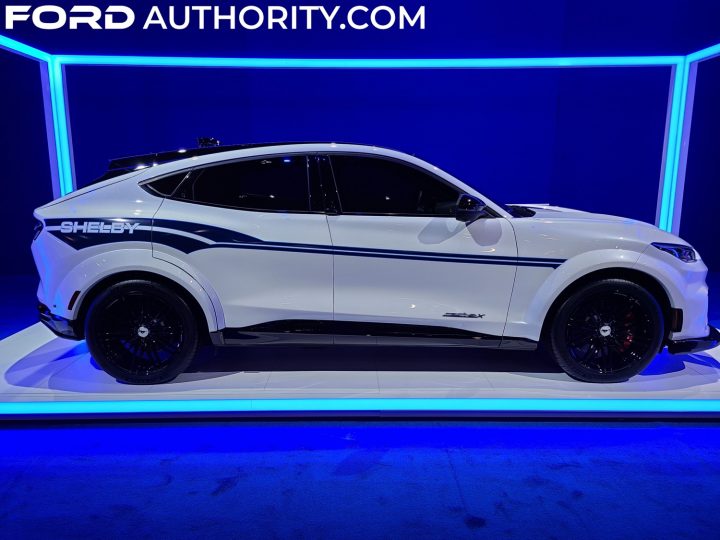 On the outside, the Shelby Mach-E is easily recognizable thanks to many signature styling elements from that company, including Shelby stripes and badging. Shelby also gave the crossover a series of graphene-infused carbon fiber body pieces consisting of the front fascia, fenders, rear flares, and hood, as well as a set of 20×9-inch forged monoblock one-piece wheels wrapped with 265/40 Michelin Pilot Sport 4S tires. 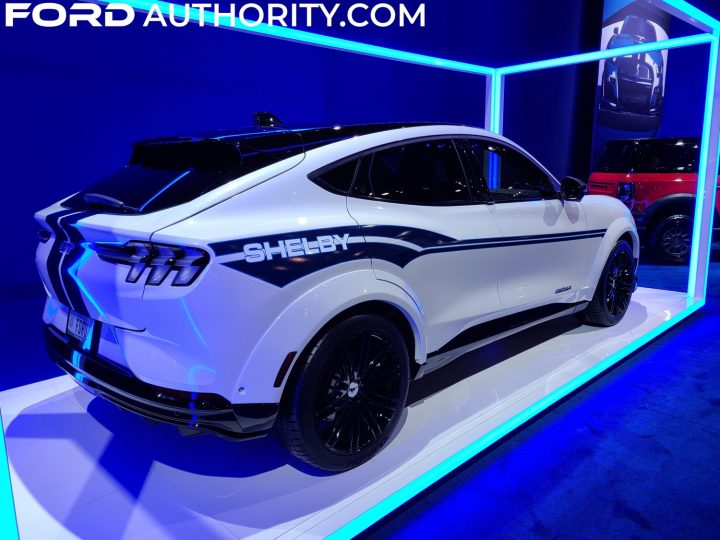 On the performance side of things, this Mach-E features a Shelby-tuned Ford MagneRide damping system and composite carbon fiber springs. Inside the cabin, the crossover features a host of official Ford Accessories including a rear-view dash cam, all-weather floor mats, and a cargo area protector, along with Recaro Shelby leather seats, Shelby badging, and a Shelby CSM identification number. 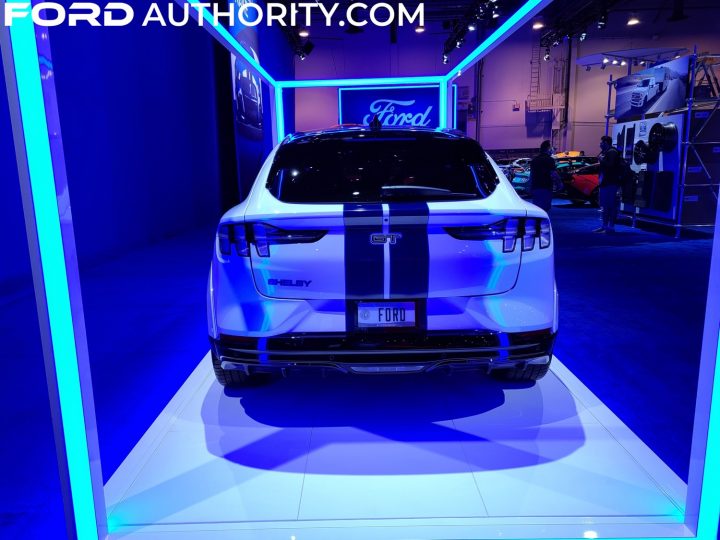 This build doesn’t feature anything in terms of performance upgrades, though the GT is already a pretty stout performer with 480 horsepower and 600 pound-feet of torque, or 634 pound-feet for the Performance Edition, which is capable of doing 0-60 in around 3.5 seconds. However, we’re certain that Shelby is hard at work figuring out a way to ramp up those numbers, too, if history is any indication. 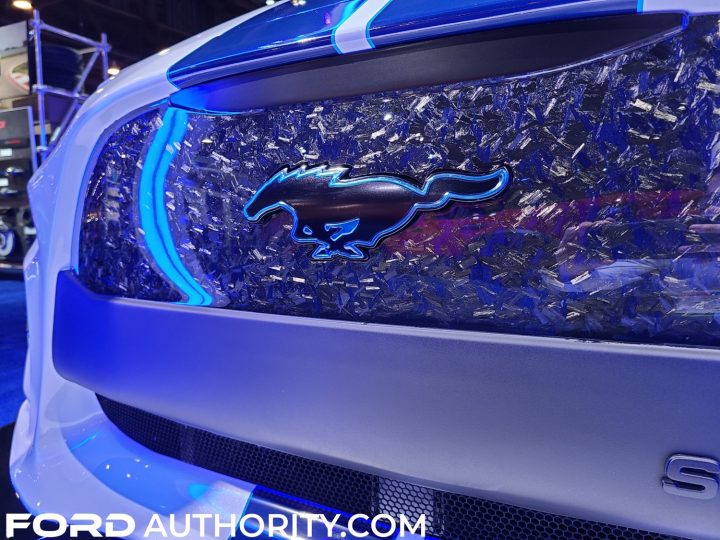