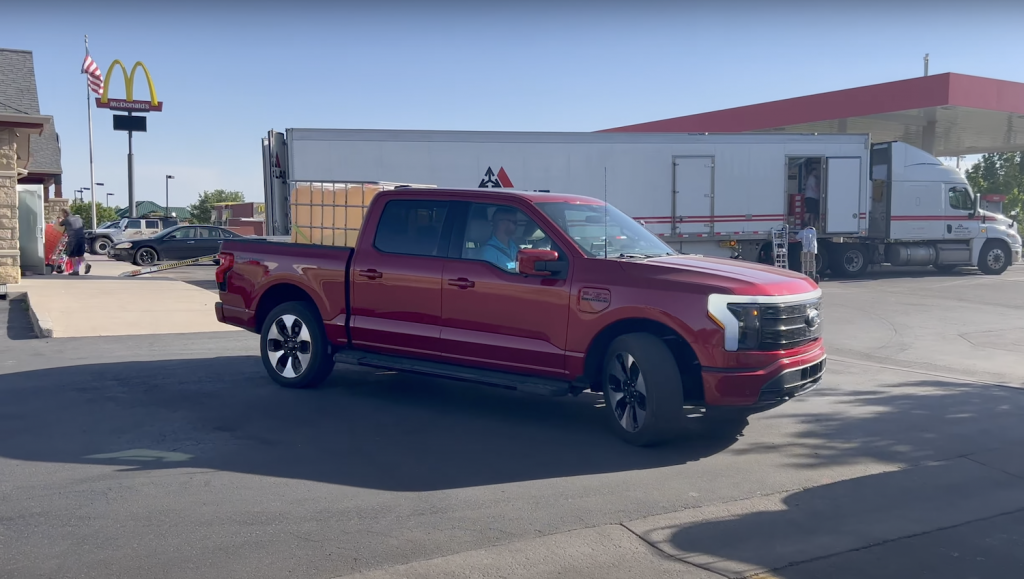 Since the day it debuted, the 2022 Ford F-150 Lightning has been marketed as a real truck, one capable of towing and hauling considerably heavy loads with ease. As the EV pickup just launched mere weeks ago, we’re beginning to see it tested in these sorts of conditions, including one that determined how much range the F-150 Lightning lost following the installation of a leveling kit and bigger wheels and tires, as well as another test that proved it can charge five other EVs at once with no issues. Now, the folks behind the Out of Spec Motoring YouTube channel are once again putting their 2022 Ford F-150 Lightning to the test – this time, to see how it performs at its max payload capacity. 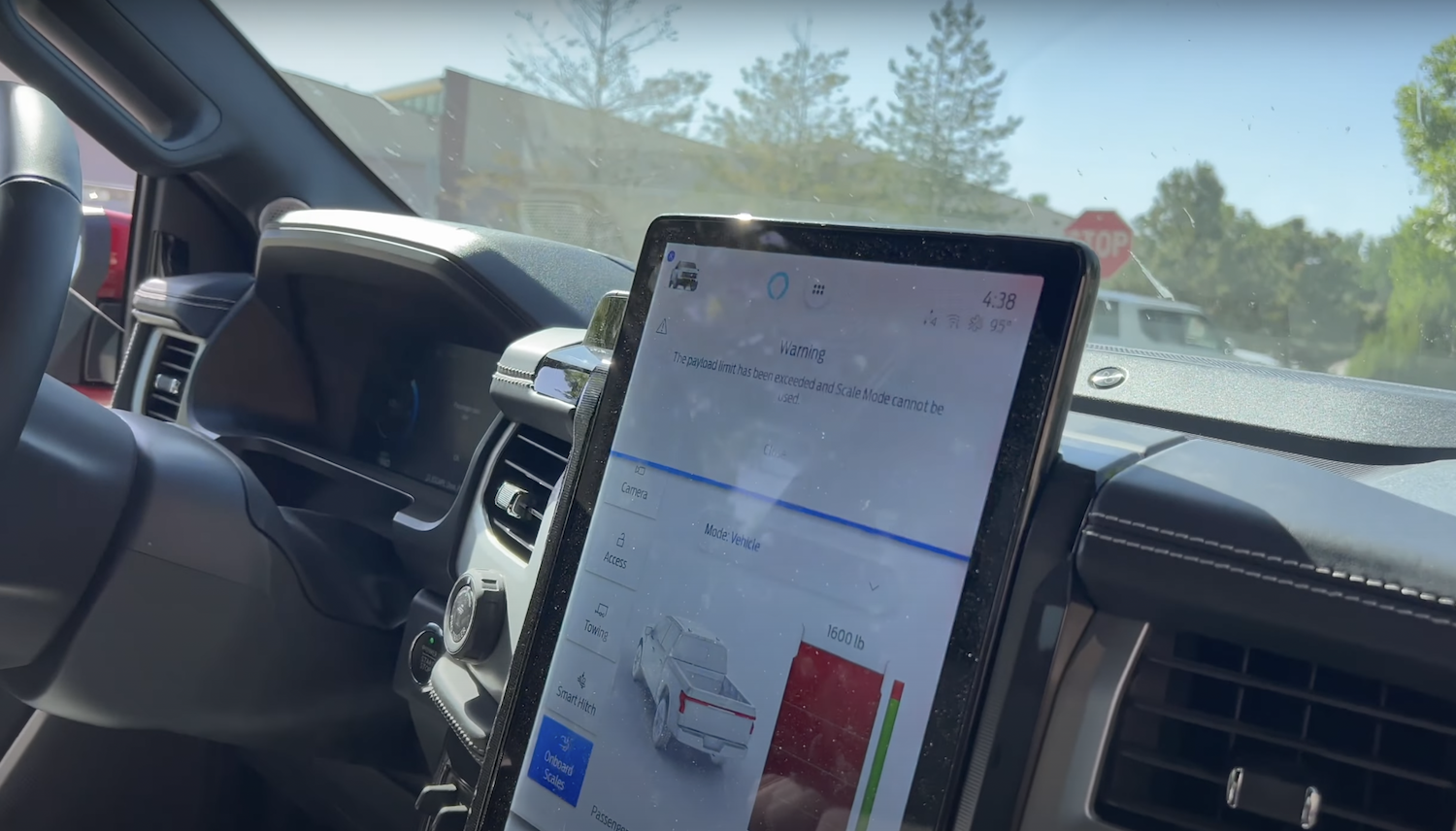 In this particular test, the crew loads the bed of the F-150 Lightning with a water tank and adds 133 gallons of water to it, which equates to 1,100 pounds of payload when combined with the driver and passenger in the cabin. However, the Lightning’s Onboard Scales feature says that the truck is actually over-weighted with 1,600 pounds of payload, which the team attributes to the fact that perhaps the scales aren’t entirely accurate. 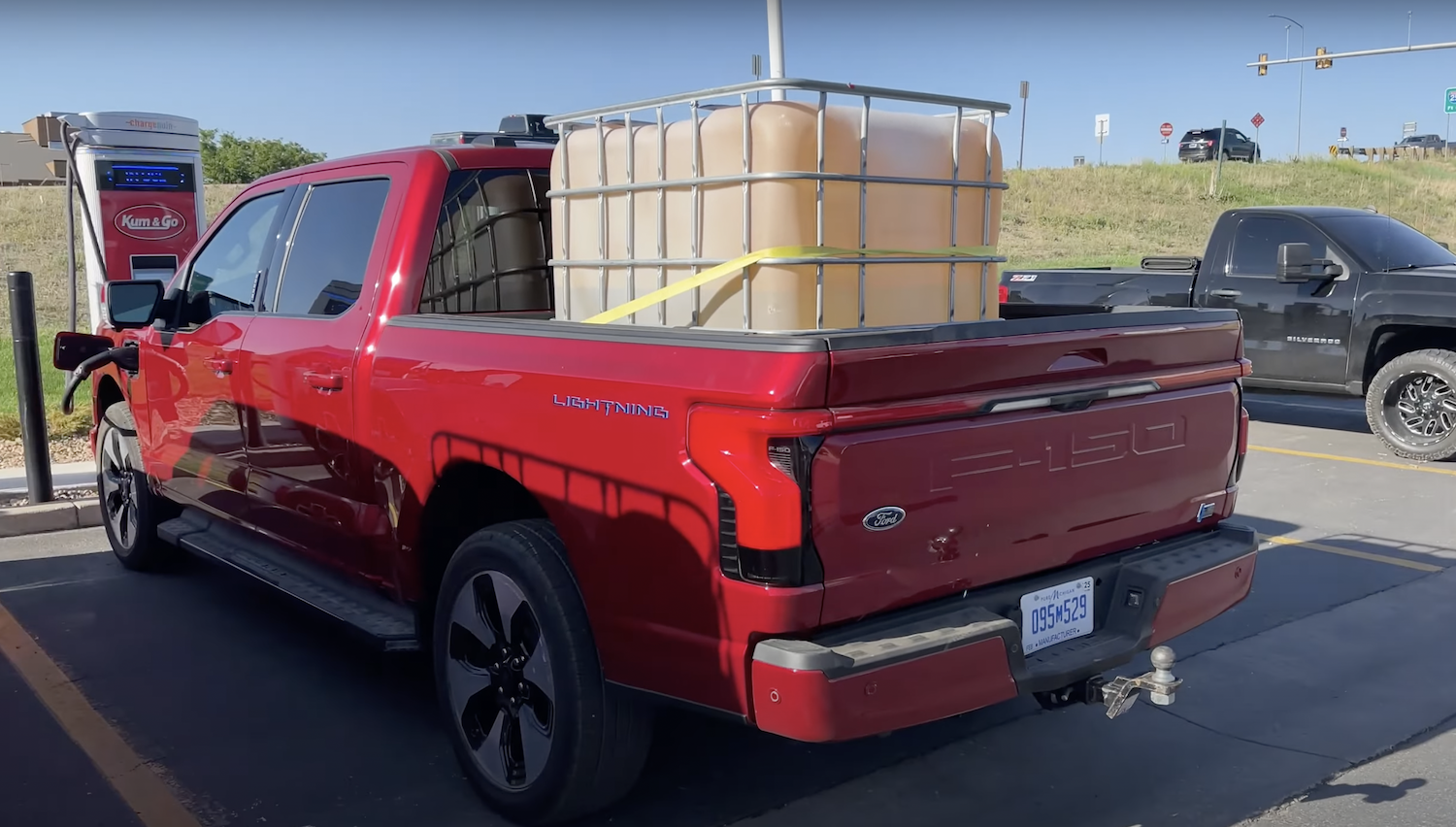 Regardless, they set off on the highway, traveling at speeds of 70 miles-per-hour to see how the 2022 Ford F-150 Lightning performs with a heavy load in the bed. Unladen, the truck achieved efficiency of 1.9 miles per kilowatt hour, and that number dropped to just 1.8 with all this extra weight loaded up.

That’s an extremely minimal effect on the truck’s efficiency, and in fact, a rather surprising one at that. As Out of Spec notes in the video, the Rivian R1T lost seven percent of its efficiency while subjected to this same test, which really puts the Lighting’s performance into perspective, even if its Onboard Scales didn’t really prove to be terribly accurate.