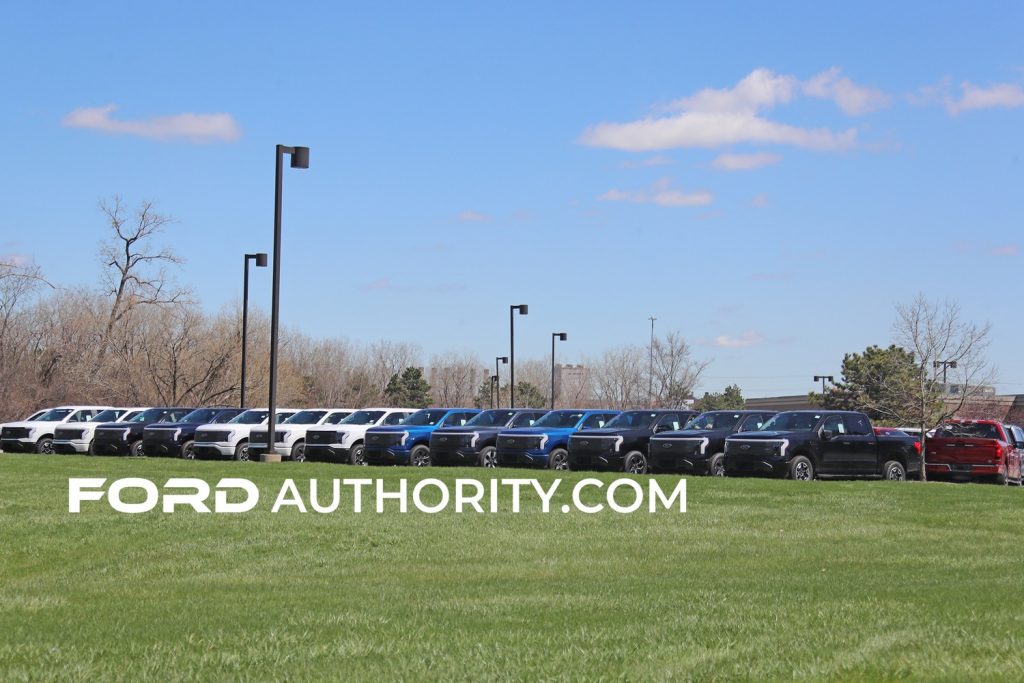 The very first 2022 Ford F-150 Lightning units began shipping out to customers early last month, just a few weeks after production started at the Rouge Electric Vehicle Center. A few weeks later, the first 2022 Ford F-150 Lightning had officially been delivered to a customer in Michigan, fittingly enough. However, nearly one month after spotting numerous F-150 Lightning pickups at Ford’s Dearborn Development Center test track, Ford Authority spies have now come across another group of the critically-acclaimed EV pickups being stashed in a Michigan-area parking lot. 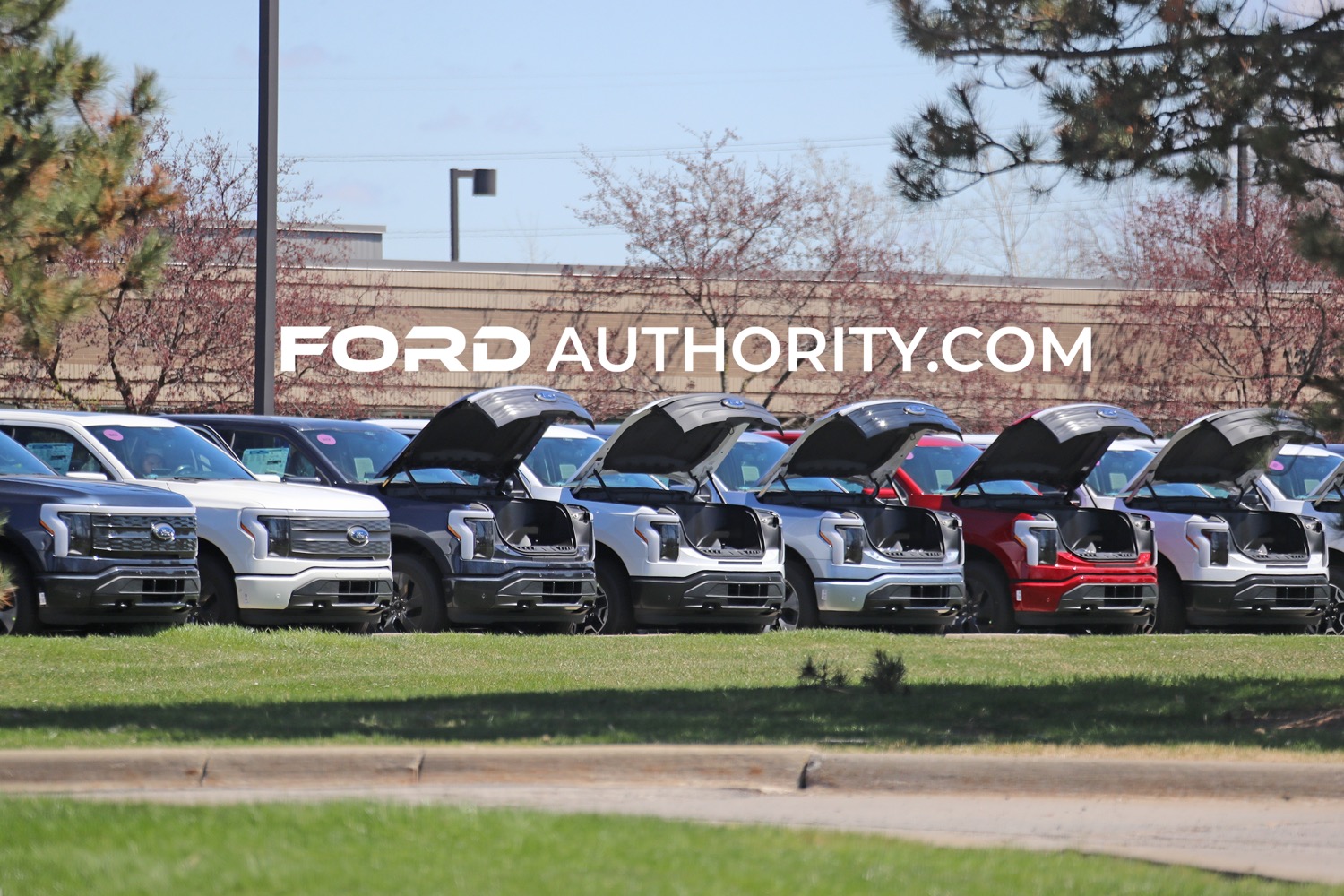 Sources familiar with the matter have told Ford Authority that it’s unclear if these 2022 Ford F-150 Lightning pickups are customer models, test fleets, or something else entirely. Additionally, some of the units have their frunks open, as we can see in the photos, which is undoubtedly strange. 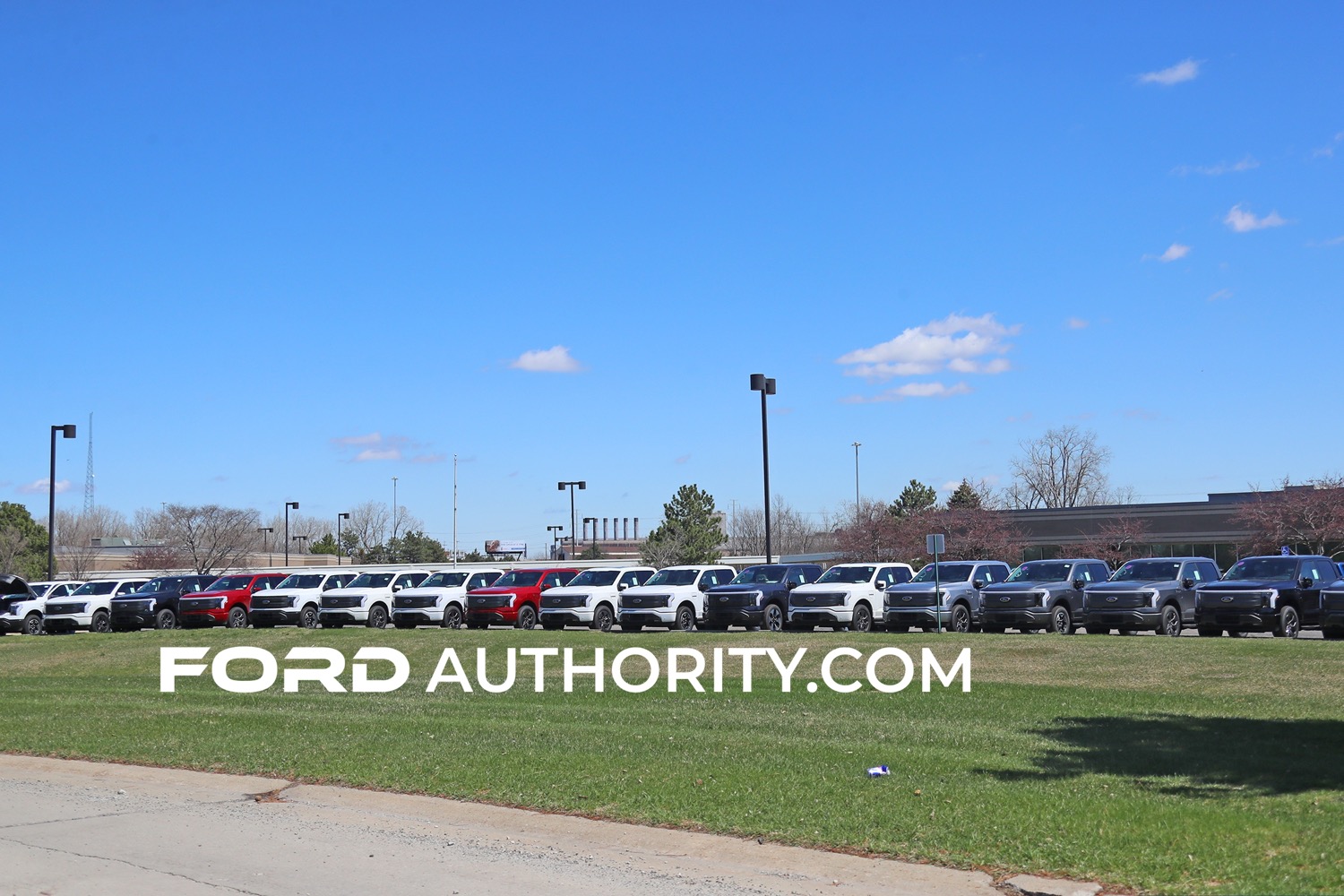 Ford has said that the main production constraints for the F-150 Lighting are currently related to chips needed for features such as the backup camera and windshield wipers – not connected vehicle services. However, as Ford Authority reported last week, the EV pickup also recently added a Multicontour seat removal option, which only affects Platinum-trimmed F-150 Lightning pickups that come with that particular feature as standard equipment. 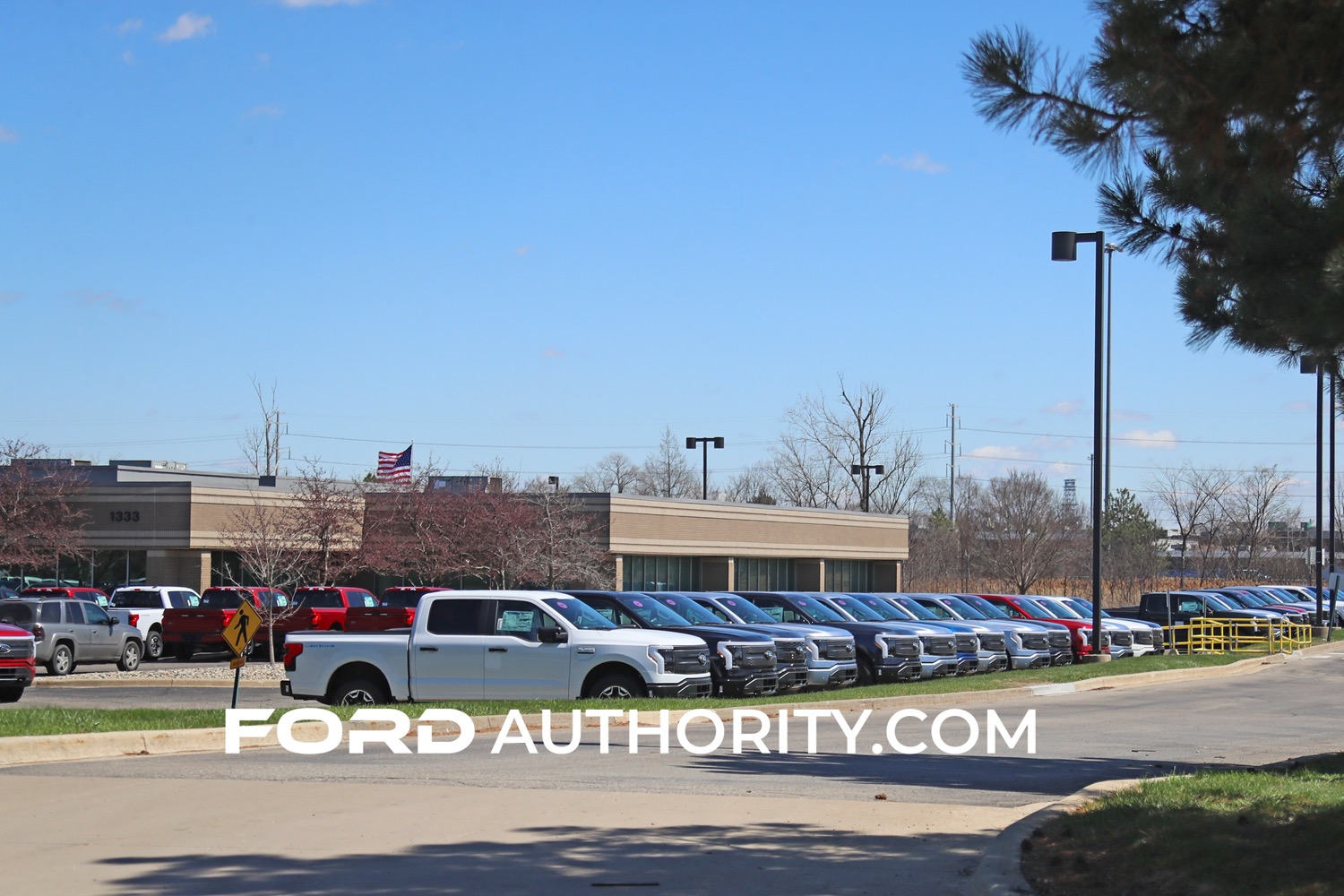 As Ford Authority reported last month, the Ford F-150 is among the main Blue Oval models awaiting semiconductor chips, and that particular pickup has also seen a number of features removed in recent months in an effort to circumvent those shortages. That includes Max Recline Seats, which were recently dropped from the 2022 F-150 lineup, as well as one package and both navigation options – the Ford Co-Pilot Assist 2.0 package (option code 43B), plus Connected Navigation and Connected Built-In Navigation.