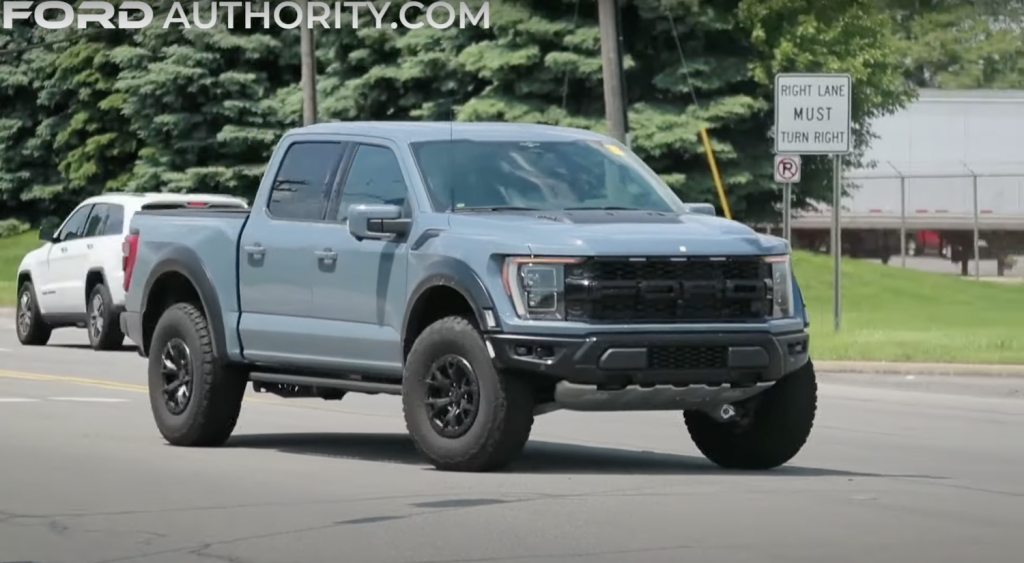 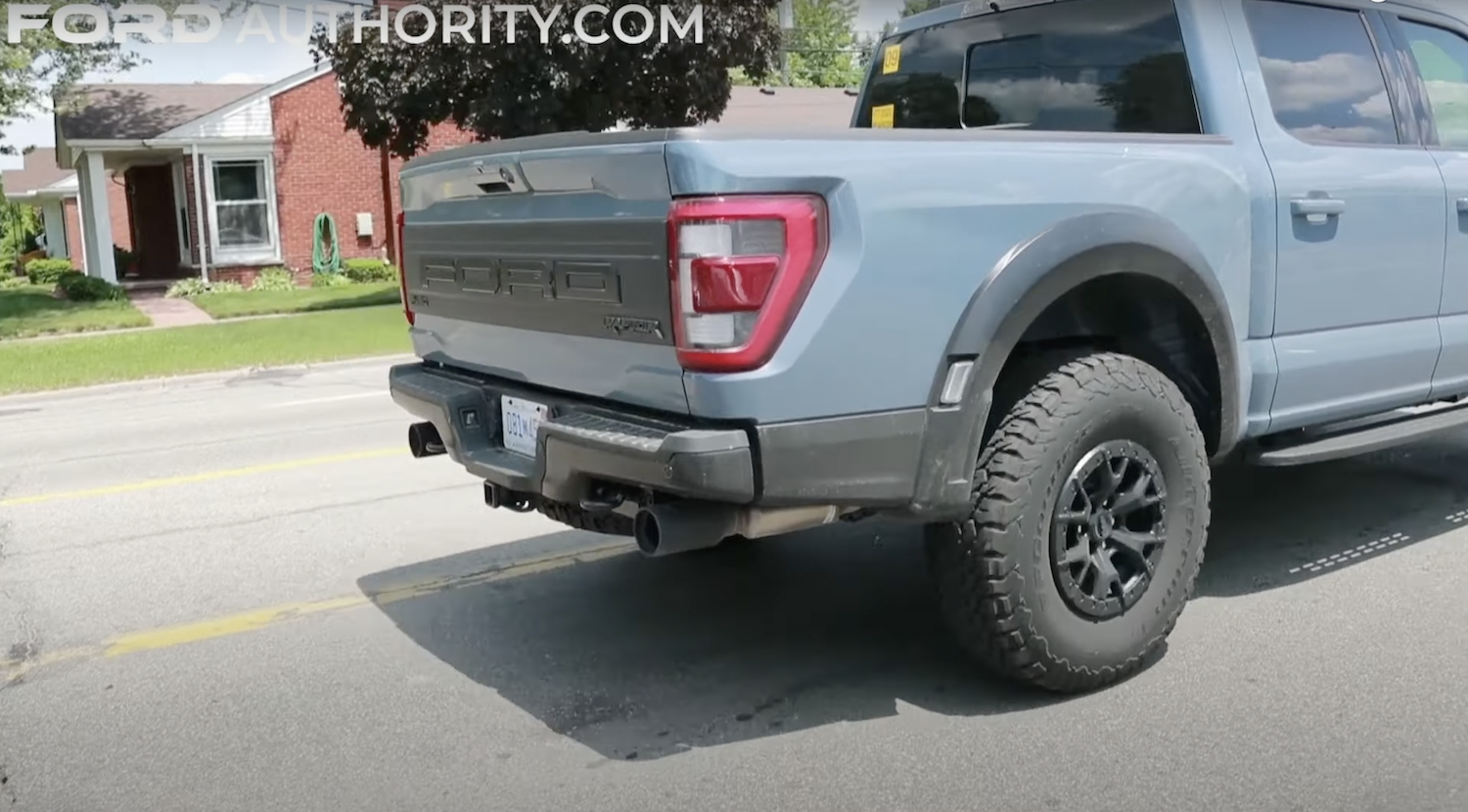 Roughly a week after Ford Authority spies spotted a camo-free F-150 Raptor R for the very first time, those same spies have come across a pair of additional uncovered pickups, this time in Agate Black Metallic and Area 51, while Ford Authority was the first to report that the latter hue will be available on the muscular model. 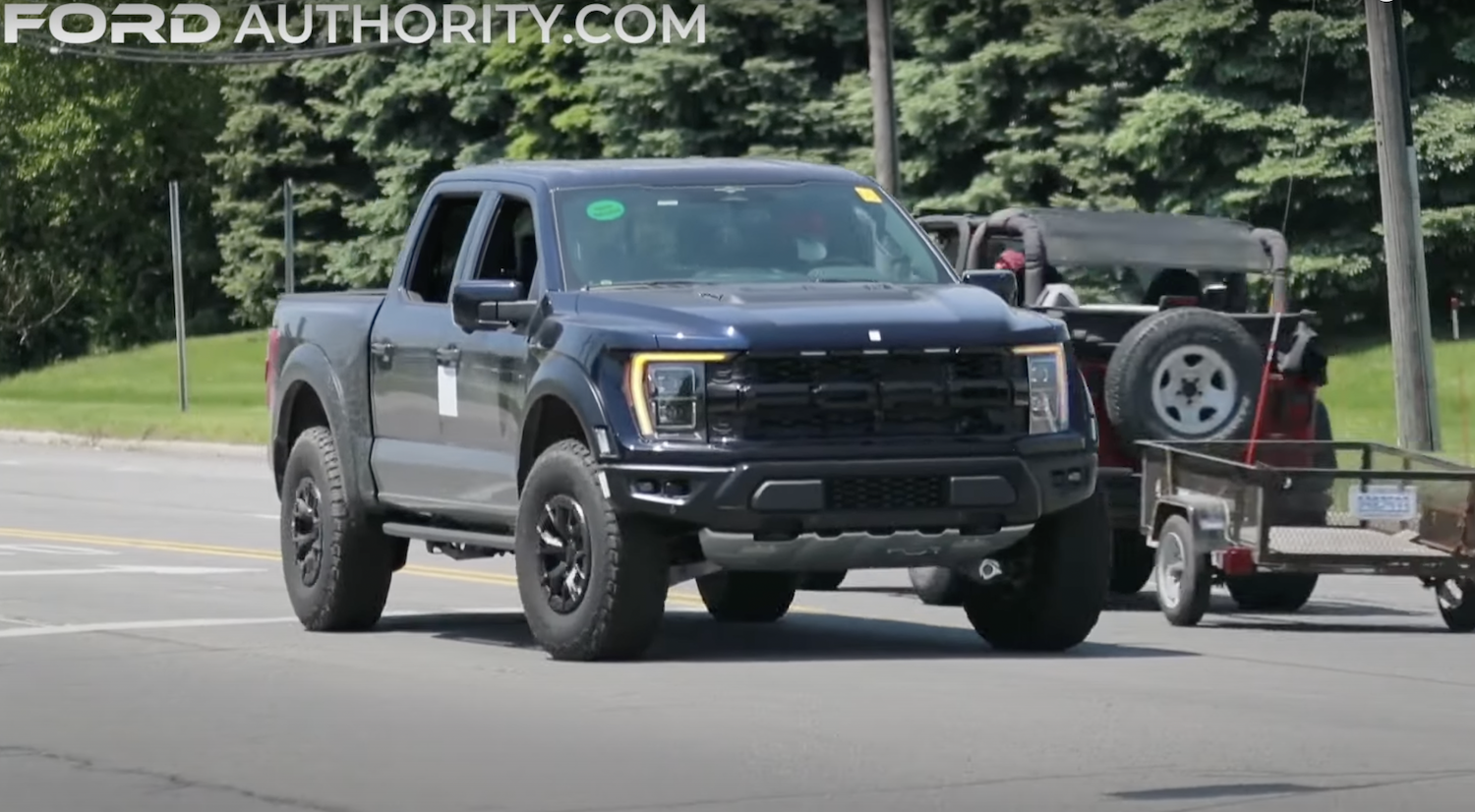 Last month, a number of additional leaks emerged regarding the Ford F-150 Raptor R, including not just one, but two leaked photos of the truck’s Predator powerplant and a series of window stickers that confirmed a host of colors for the new model – Avalanche Gray, Azure Gray Metallic Tri-Coat, Code Orange, Iconic Silver, Oxford White, Antimatter Blue, and Agate Black.

In terms of timing, the Ram TRX-fighting 2023 Ford F-150 Raptor R isn’t expected to arrive until later this year, while order books for the new model are slated to open up this fall, as Ford Authority exclusively reported back in February.