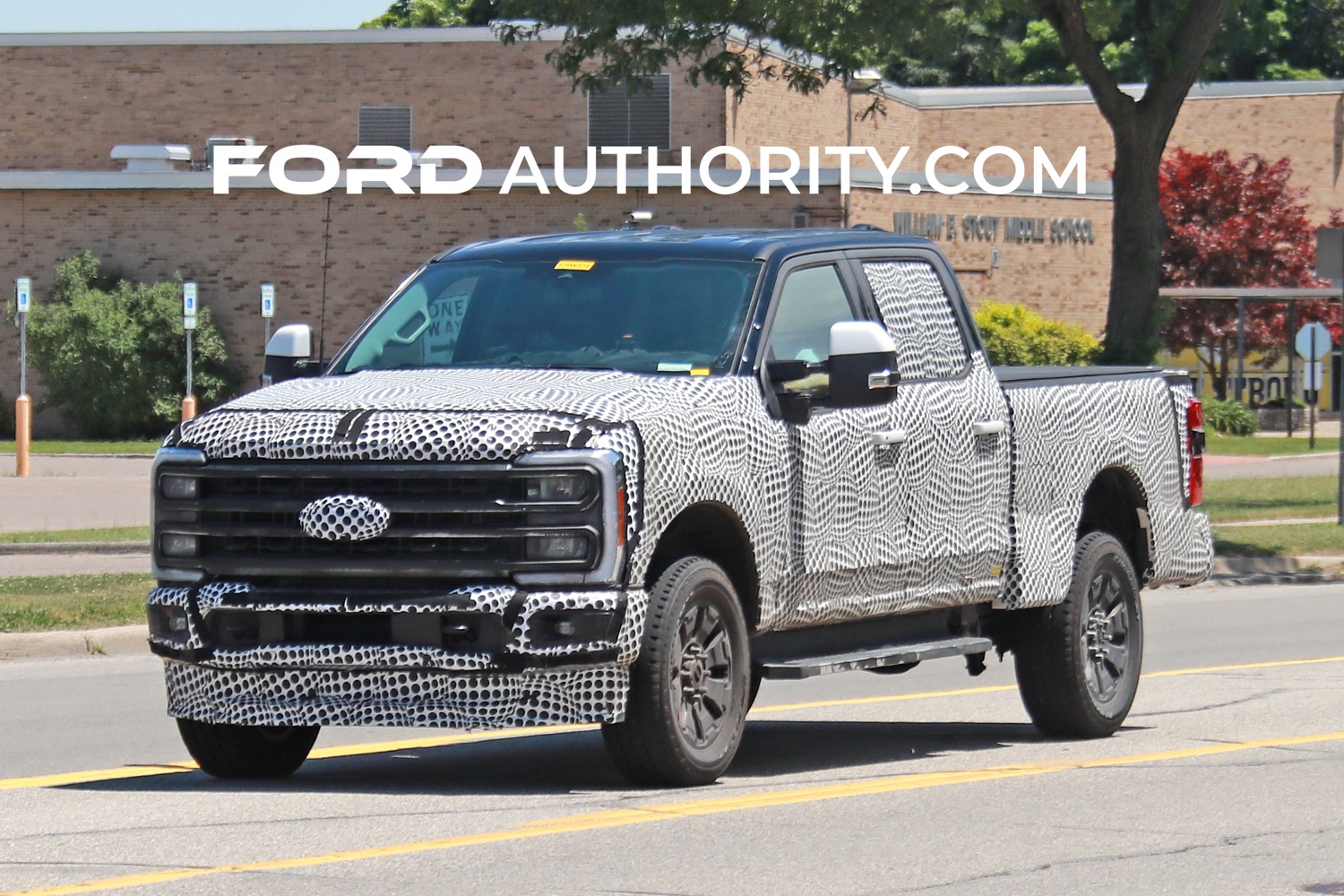 The 2023 Ford Super Duty is expected to heavily revamp The Blue Oval’s larger pickup lines with some new tech and some other enhancements too. As Ford Authority previously reported, the interior will likely receive more than just a new center touchscreen, as spy shots revealed that the automaker is covering up the entire dash, in a sign that the whole area will significantly depart from the current model. Elsewhere, other changes are in store too, as sources familiar with the matter recently explained to Ford Authority that an integrated bed step will join the lineup for the first time ever. 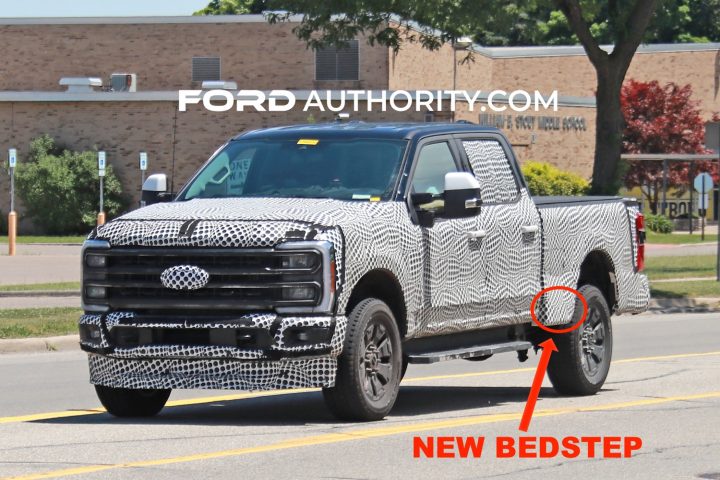 Prior to this revelation, it wasn’t clear that the 2023 Ford Super Duty would gain a bed step immediately in front of the the rear wheel, as the automaker cleverly hid the feature with thick camouflaged coverings on at least one previously spotted prototype. In any event, the bed step will make its way into the lineup, although its exact place in the model range is currently unknown.

Sources also explained that the bed step will hue very closely to the General Motors design, which the automaker introduced on the 2020 Chevy Silverado HD and 2020 GMC Sierra HD. The GM pickups also boast integrated steps on their rear bumpers as well, a feature that The Blue Oval emulated via the Bed Step, named after an optional accessory that offers similar functionality. 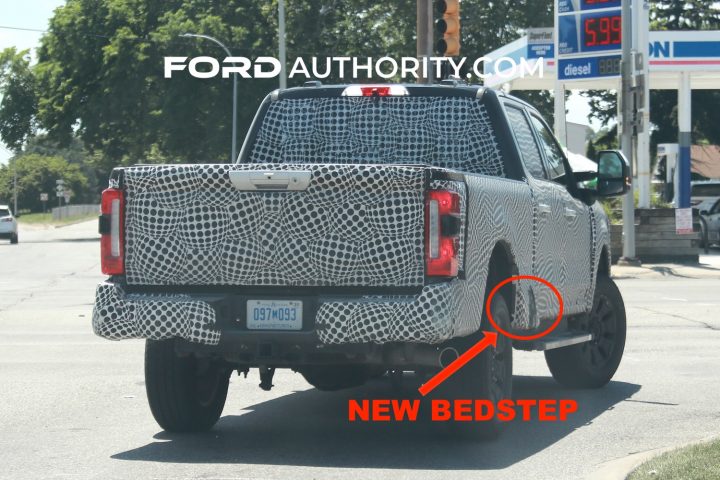 At this time, not much is known about the 2023 Ford Super Duty, but recent spy shots revealed that the lineup will boast revised tail lights and a refashioned front end that blends styling from the 2022 Ford Maverick, next-generation 2022 Ford Ranger, and 2021 Ford F-150. As Ford Authority previously reported, the Super Duty lineup is responsible for a quarter of the company’s profits, making the pickup range extremely important to the automaker’s bottom line.

We’ll have more on the 2023 Super Duty soon, so be sure and subscribe to Ford Authority for the latest Ford F-Series news, Ford Super Duty news, and 24/7 Ford news coverage.