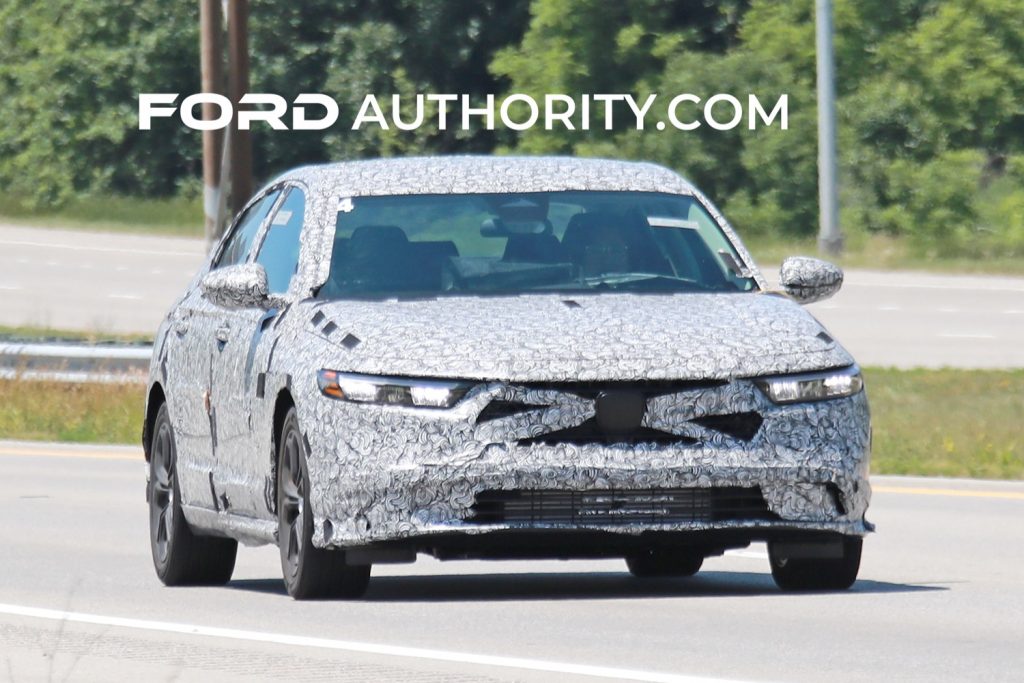 Back in November 2020, Honda revealed the all-new 2022 Civic Prototype, which foreshadowed the redesigned international Ford Focus rival. Just a few months later in June, the production version of the 2022 Honda Civic was unveiled. While The Blue Oval doesn’t have anything to rival Honda’s passenger car lineup in the U.S., the Ford Maverick has thus far been conquesting Civic buyers more than any other model, interestingly enough. Now, Ford Authority spies have spotted a prototype of the Civic’s soon-to-be-redesigned big brother – the 2024 Honda Accord. 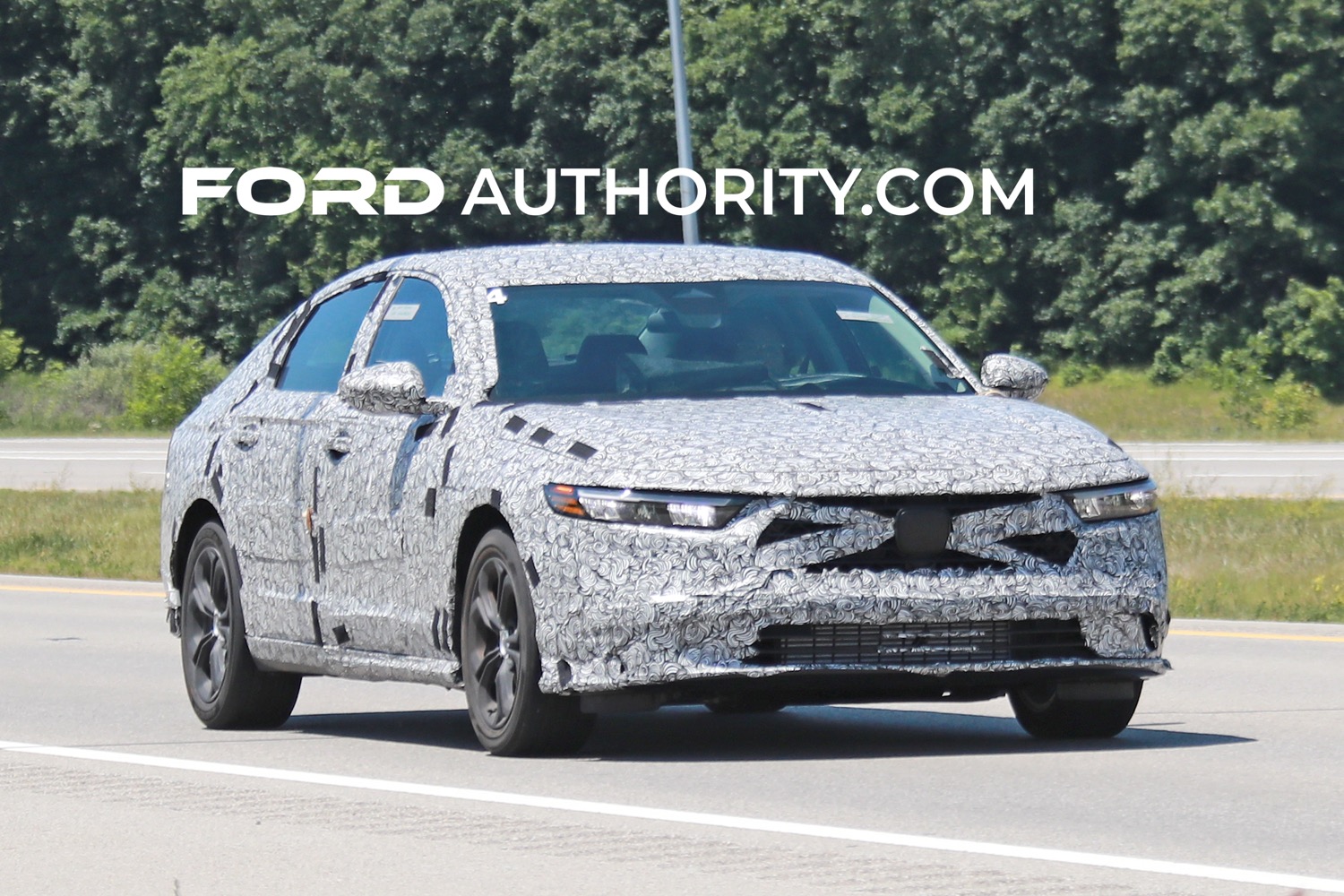 The long-running Accord last received a refresh for the 2021 model year, one that involved revised exterior and interior styling, as well as updated tech features, a tweaked Hybrid model, new wheel options, and the addition of a new Sport Special Edition model. Now, the 2024 Honda Accord will usher in a proper redesign for the popular model, one that involves more comprehensive updates. 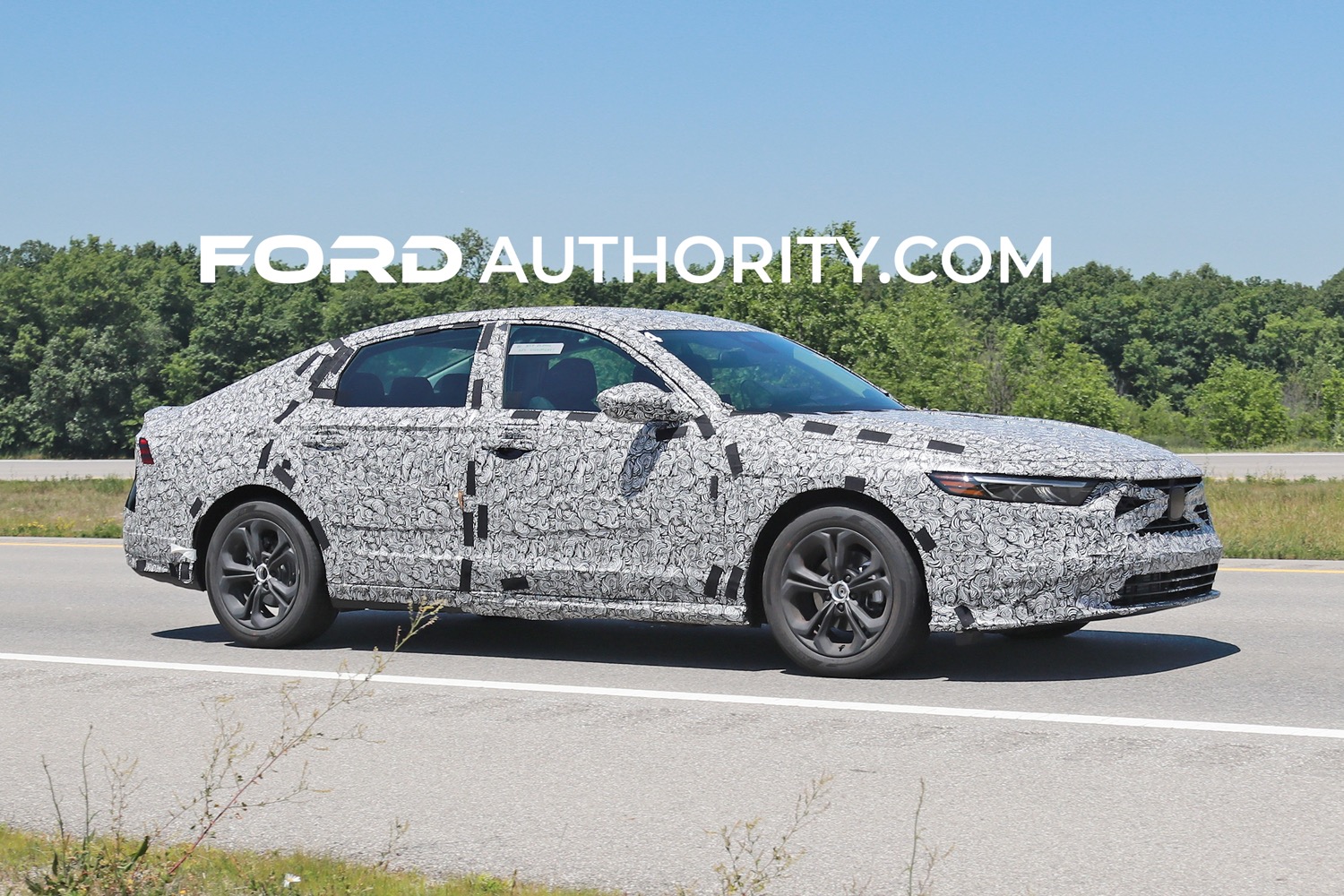 From these spy photos, we can clearly see that the 2024 Honda Accord will be adopting a more Civic-like exterior appearance, albeit in a more mature manner. Like the Civic, the next-gen Accord isn’t expected to reinvent the wheel in terms of its underpinnings or powertrains, but it will feature a completely new look. 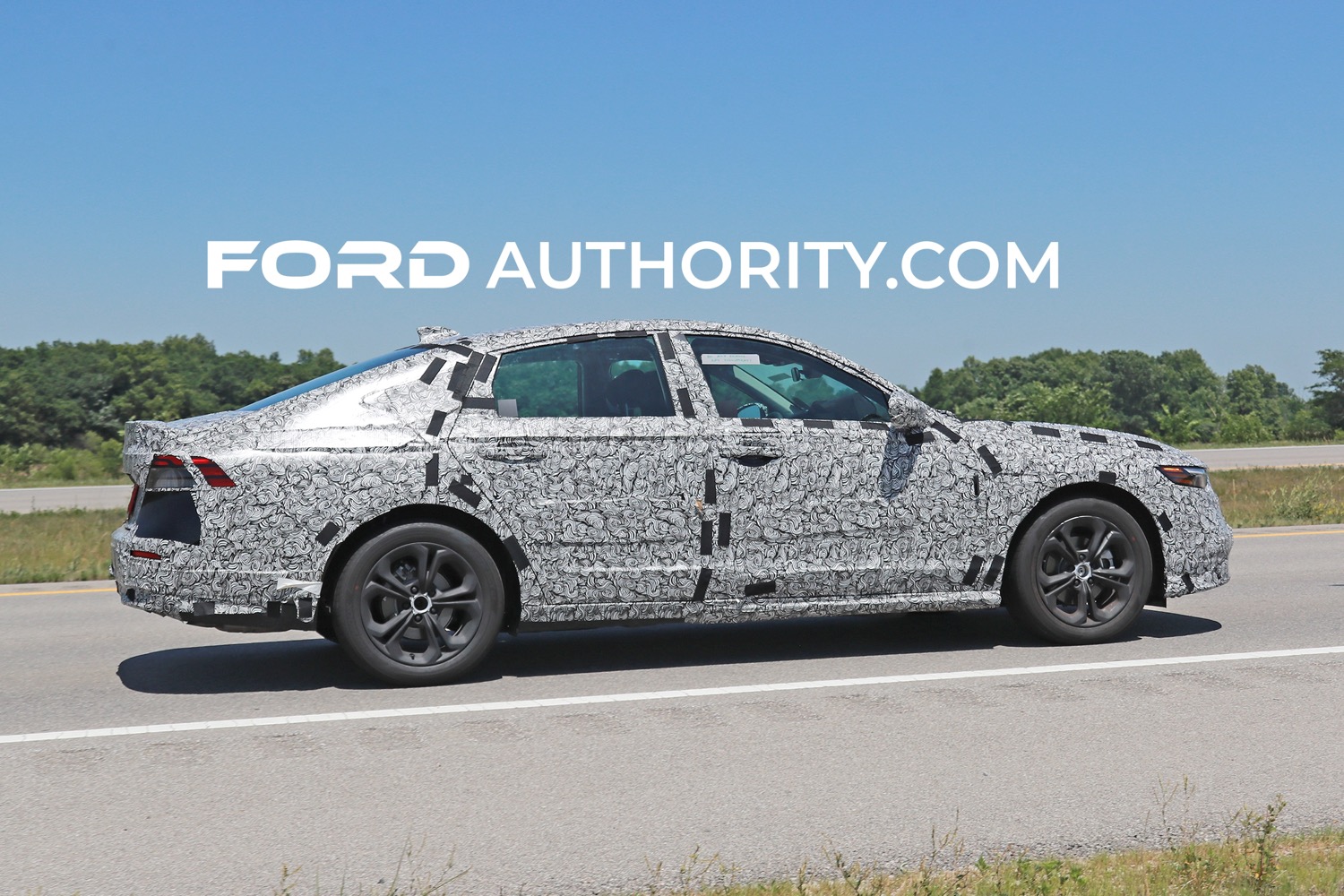 Those updates include a new front grille design, slimmer headlights, and more squared-off lines, overall, when compared to the current-gen model. The existing Accord carried over many of its stying elements from its predecessor, but that doesn’t appear to be the case here, as the 2024 Accord retains its overall familiar mid-size sedan shape, albeit with sharper lines. This particular prototype is rolling on a set of conventional-looking split five-spoke wheels, too. 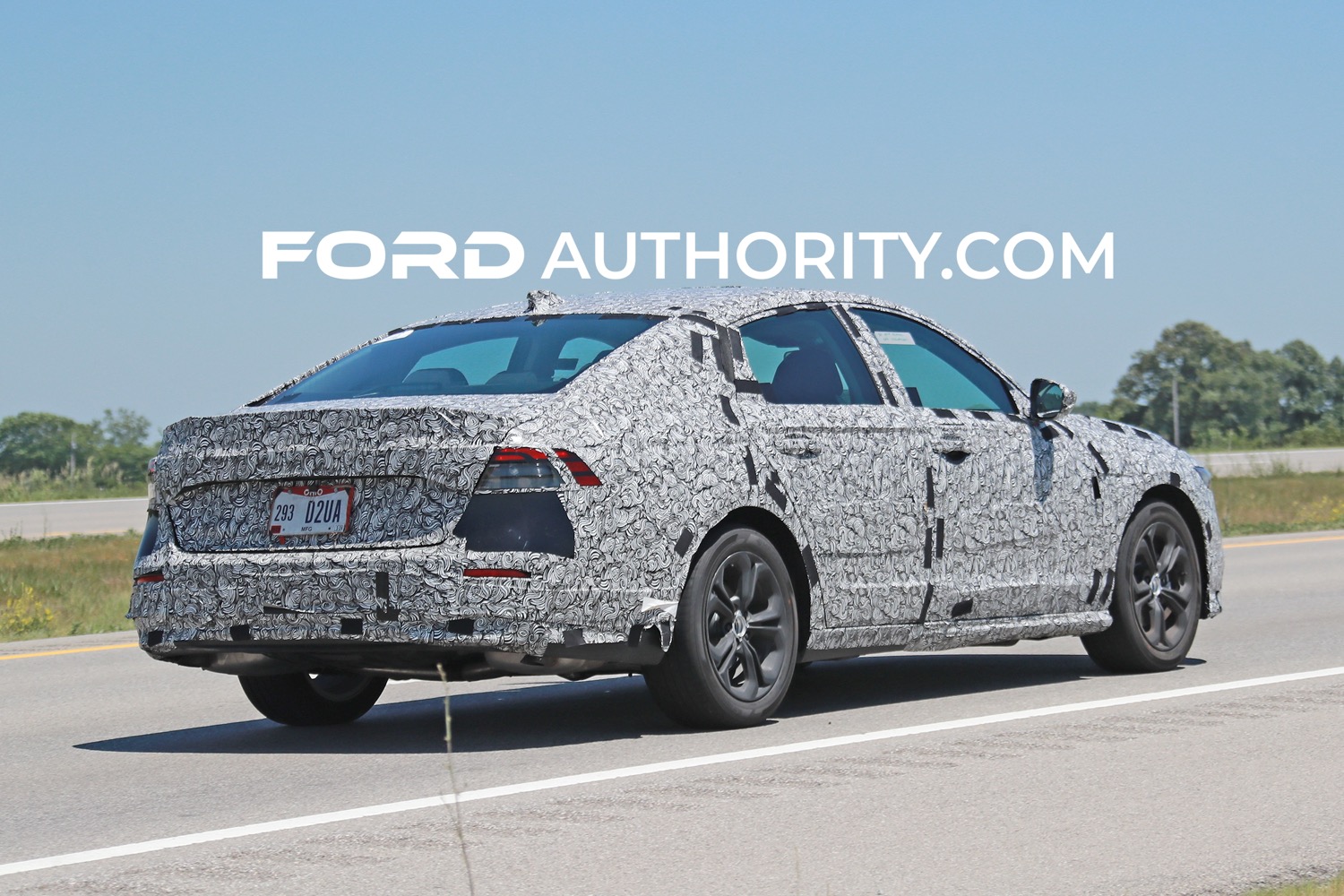 That theme continues in the rear, where a sloping roof line leads back to a trunk with what appears to be an integrated spoiler, along with new taillights. The interior should follow a similar theme, adopting the 2022 Civic’s more upscale motif with updated tech features to boot. Honda clearly isn’t set to make any radical changes to its iconic sedan, but then again, it likely doesn’t feel like it needs to as the Accord continues to sell in solid quantities.