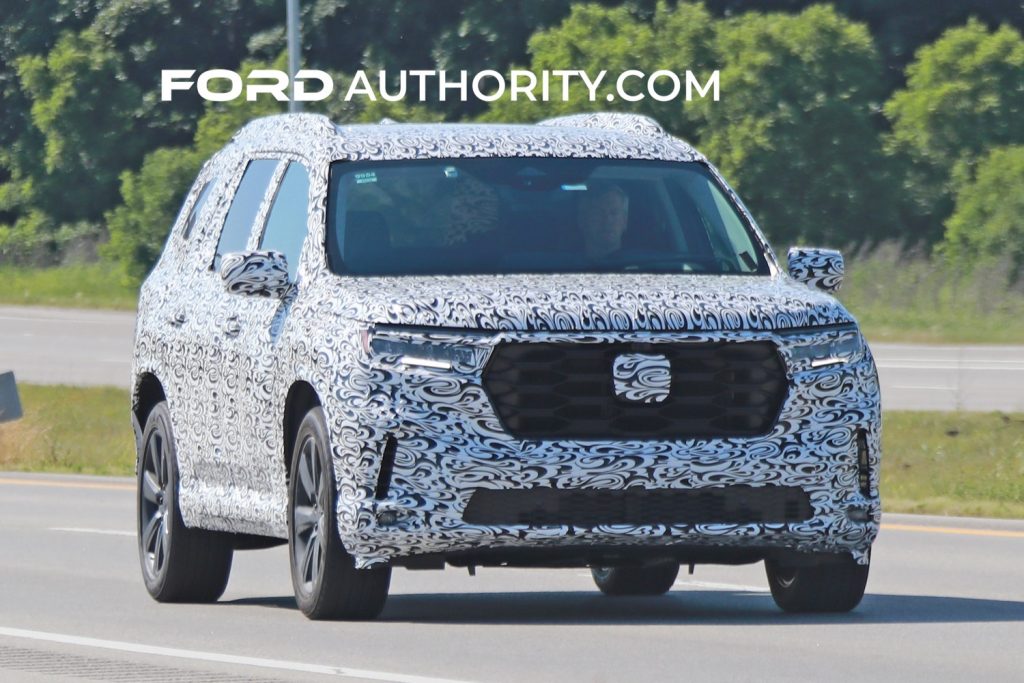 Honda has a bevy of new products launching in the next year or two, including the recently-spied 2024 Accord. That list also includes the 2024 Honda Pilot, which is set to undergo a redesign for the first time since 2016, though the crossover did receive a refresh back in 2019. Now, Ford Authority spies have spotted a 2024 Honda Pilot prototype driving around, giving us a good look at what we can expect from the Ford Explorer rival, which happens to look a bit like that same Blue Oval crossover. 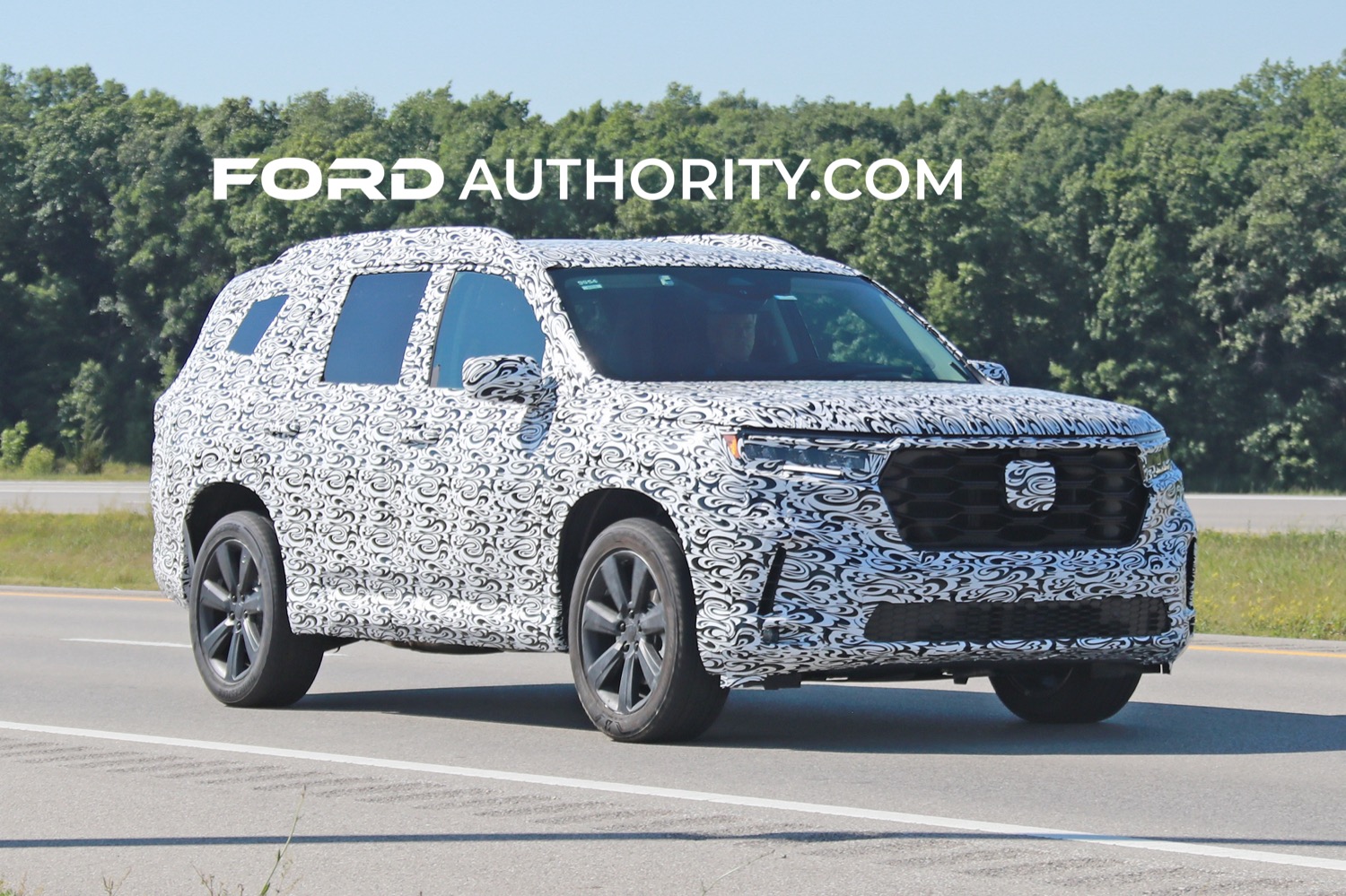 At least, that’s certainly true of the front end, which has a large, oval-shaped grille flanked by slim headlights, just like the current-gen Explorer and perhaps even more similar to the recently-refreshed Chinese version. To be fair, it’s a pretty conventional look shared by a lot of vehicles these days, particularly those in the red-hot world of crossovers and SUVs. 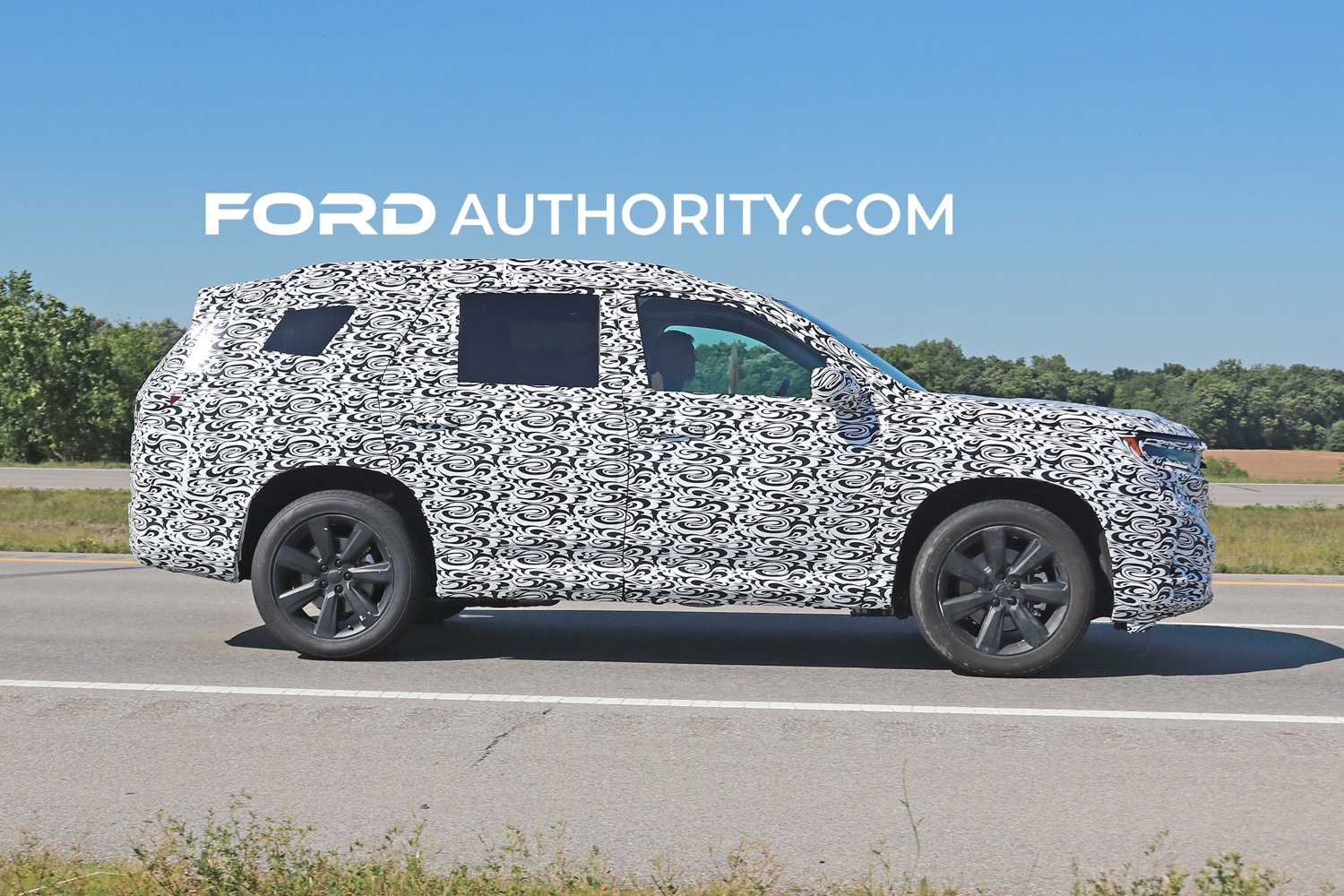 Regardless, the 2024 Honda Pilot is expected to also take inspiration from the Passport and Ridgeline in terms of its updated styling, giving it a more squared-off, upright appearance that’s all the rage these days. Similarly, the next-gen Pilot is also expected to move away from its current platform – which it shares with the Odyssey minivan – to the fairly new underpinnings present in the Acura MDX. 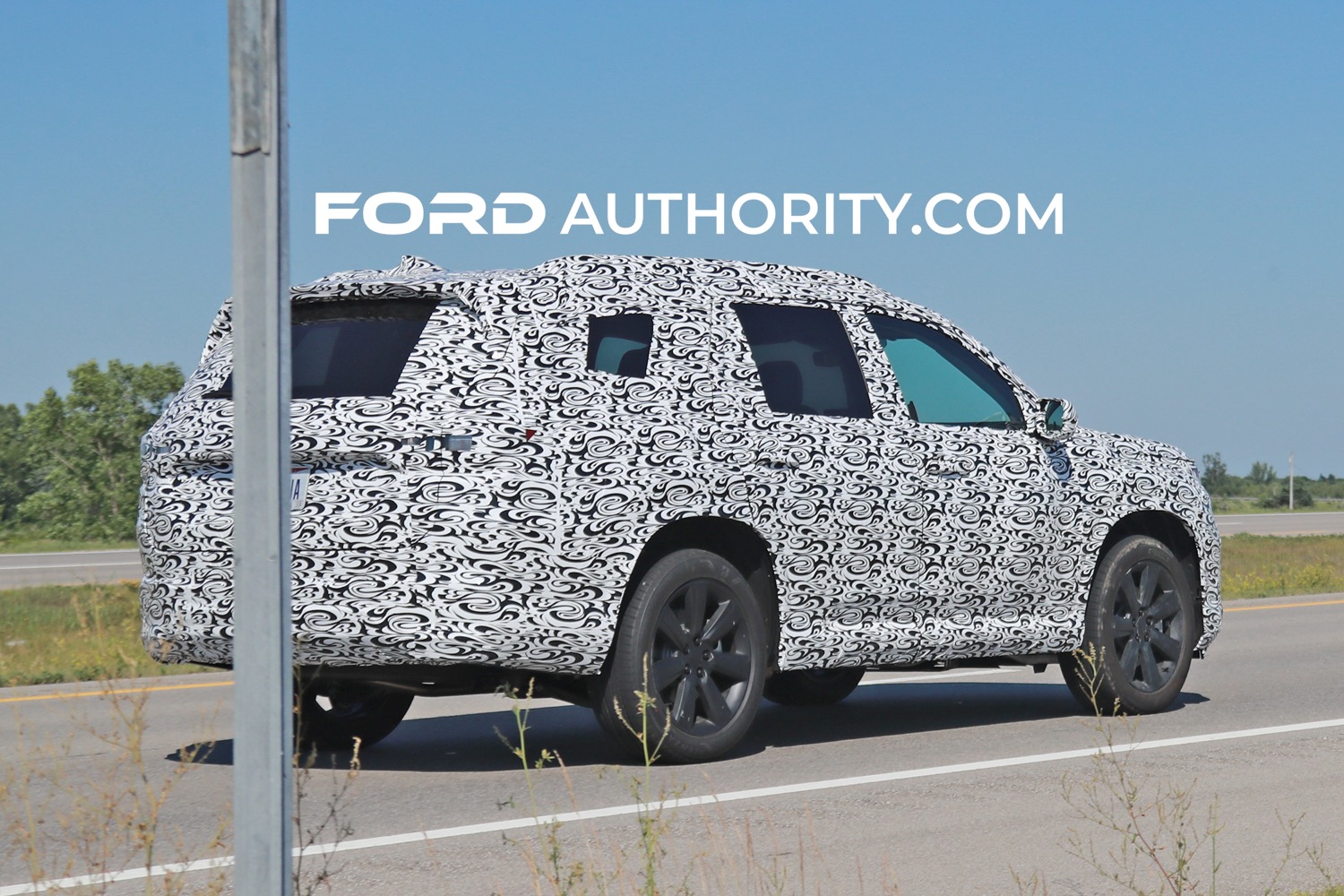 In the first quarter of 2022, the Pilot trailed the Explorer in terms of sales, as Honda sold just 23,989 units – good for a nine percent share of the mainstream large three-row crossover segment in the U.S. – while Ford moved 42,736 Explorers, which commanded a 16 percent market share. Both of these crossovers trailed the segment-leading Toyota Highlander, however, which holds a 25 percent market share after enjoying sales of 66,026 units in Q1. 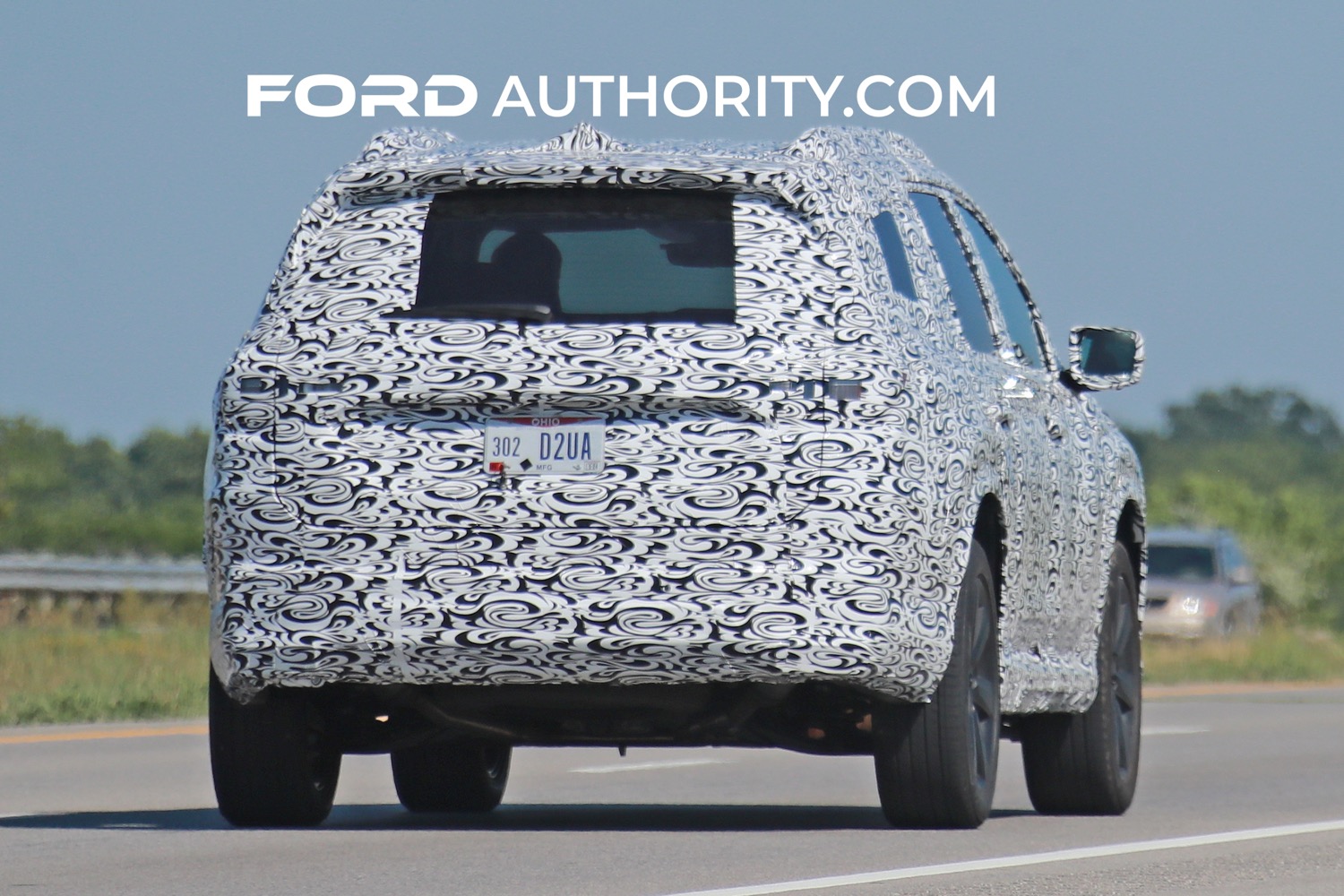 Currently, 2023 Explorer order banks are scheduled to open on August 11th, 2022, while production is slated to begin at the Chicago Assembly plant on November 7th, 2022, as Ford Authority reported earlier this month. It’s currently unclear if the North American version of the 2023 Explorer will receive any sort of refresh, but it is possible given the recent updates applied to the Chinese version.

We’ll have more on everything Ford’s competition is up to soon, so subscribe to Ford Authority for the latest Ford Explorer news and continuous Ford news coverage. 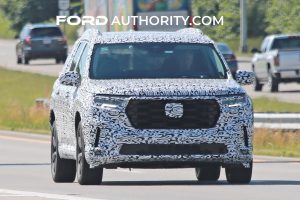 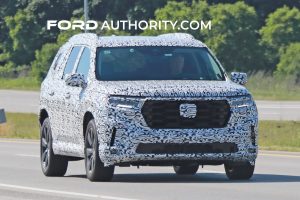 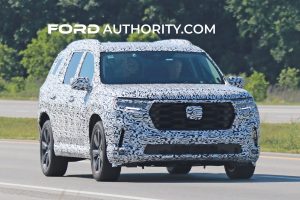 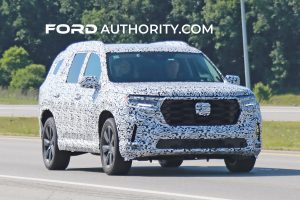 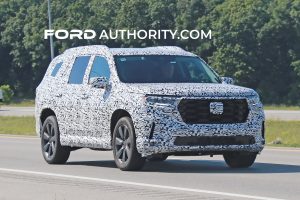 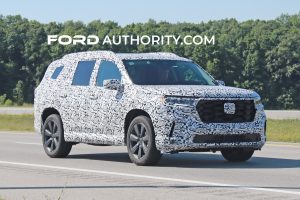 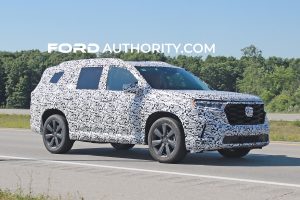 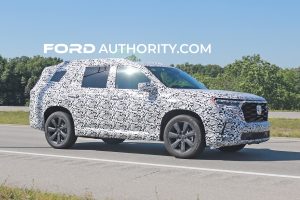 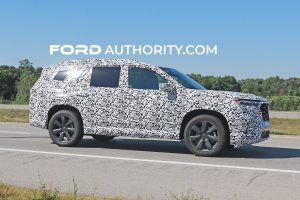 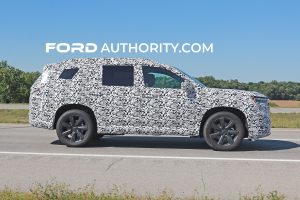 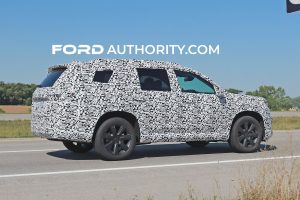 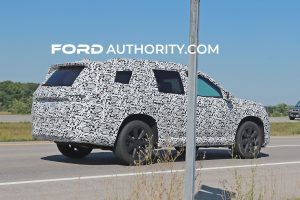 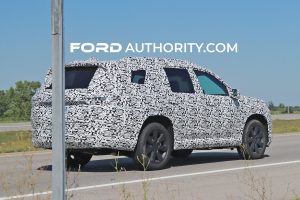 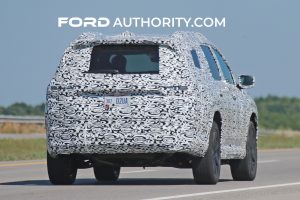 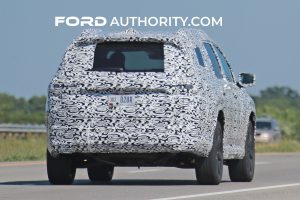 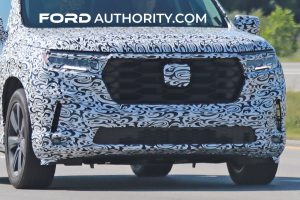 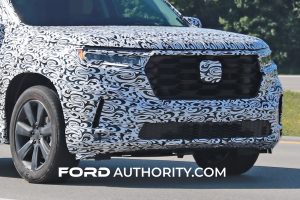 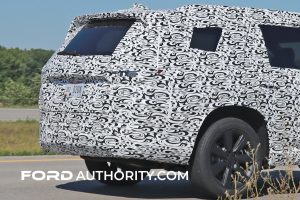