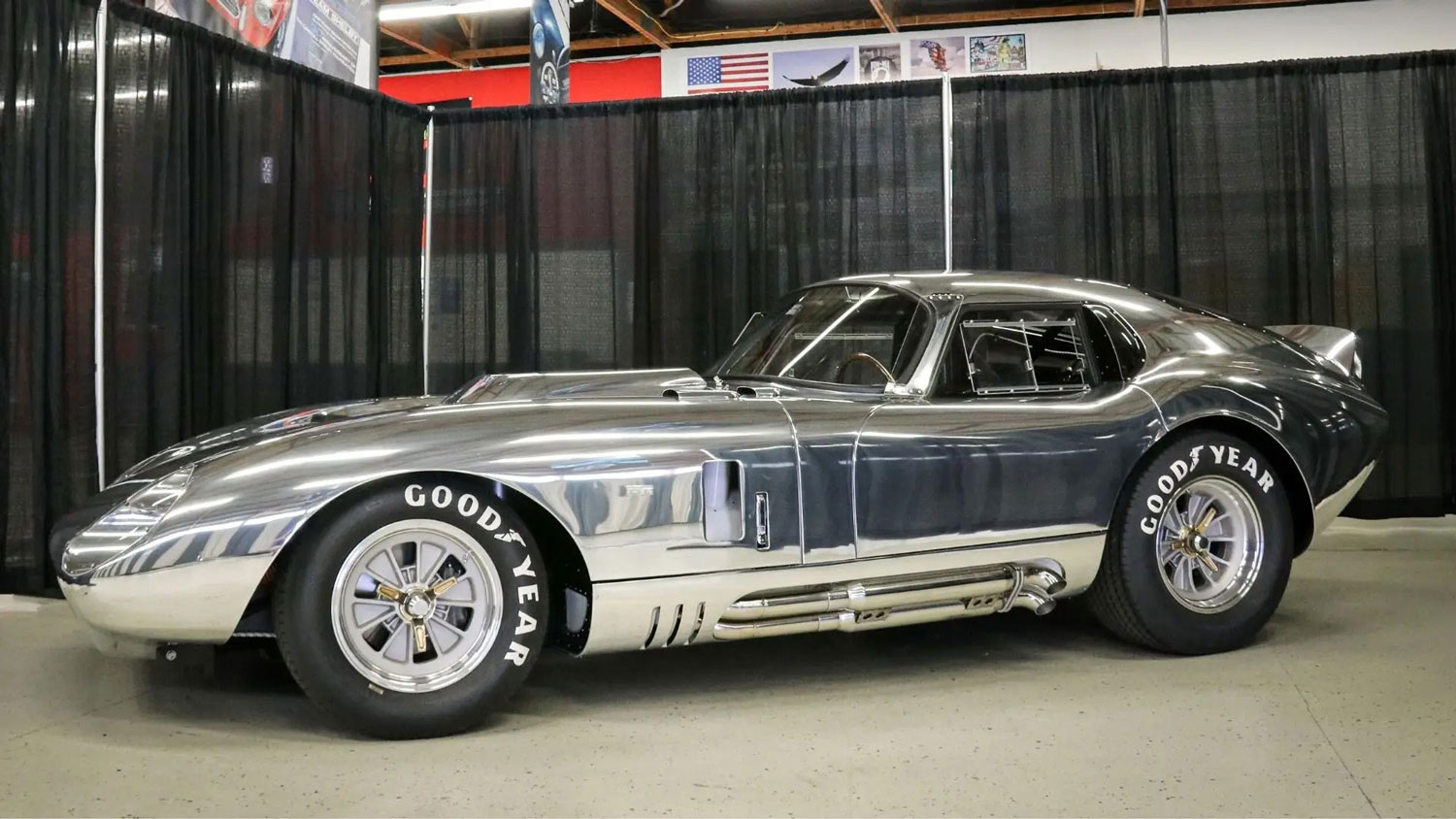 Carroll Shelby built the Shelby Cobra in 1962, and it became a runaway hit. The Cobra dominated at short track events, but even the later 427-powered S/C Cobra was aerodynamically limited to around 150 to 160 miles per hour. This was not nearly enough for the 3.7-mile-long Mulsanne straight at LeMans, so Shelby tasked young designer Pete Brock with turning the Cobra into a coupe, thus overcoming the wind resistance and enabling the car to reach the 185-plus mph speed needed to be competitive. Brock responded by saying, “I can make them go faster, but it may not look like anything you’ve ever seen before.” True to form, Shelby responded, “Aw, hell, I don’t care what it looks like. Is it going to go fast?” Brock answered, “I believe it will.” 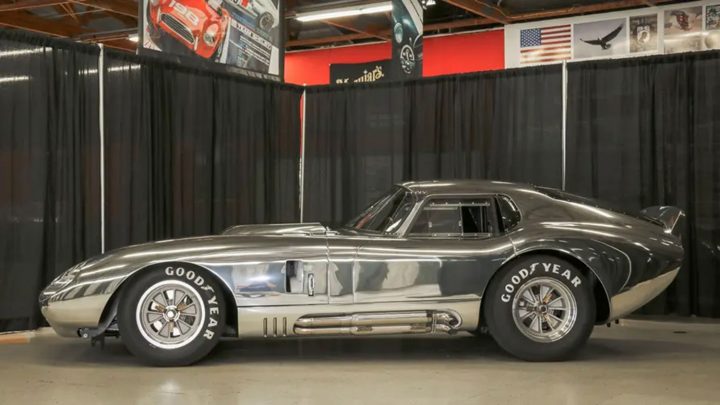 Brock and the Shelby team had 90 days to ready the car for the Daytona Continental endurance race, where the Cobra Daytona moniker originated. Using wooden bucks and hand-formed aluminum over the Cobra roadster chassis, they managed to get the car finished in time enough for testing at Riverside. The first laps proved the concept had worked, as the times produced by the Daytona were three-and-a-half seconds faster than any other car the Shelby team had run there. The Shelby Daytona would take aim at the Ferrari 250 GTO in the GT class. 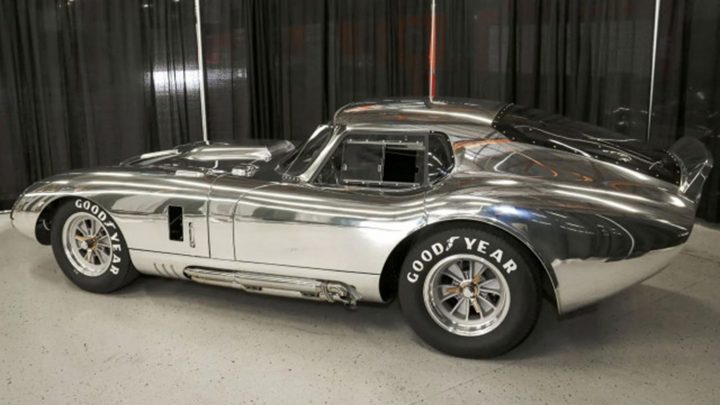 The Cobra Daytona did not win at Daytona, but the race showed Shelby and Company that the coupe was viable. The next big endurance race was the granddaddy of them all, the 24 hours of LeMans. Two Cobra Daytonas went to LeMans in ’64, competing in the GT class. 1964 was the same year that Ford took the GT40 to LeMans for the first time, looking to embarrass Ferrari on its home turf. The Cobra Daytona dominated in the GT class, handily beating Ferrari. None of the Ford GT40s finished the race, but Henry Ford II took notice of Shelby’s triumph.

Shelby had a dream to wedge one of the 427 FE motors from an S/C Cobra into the Cobra Daytona. It would have required lengthening the chassis three inches. Shelby’s thought was that, if the Daytonas ran that well with the 289-cube small block V8 under the hood, just imagine what they could do with the massive increase in horsepower from the competition tuned 427. Unfortunately, he would never get to find out. 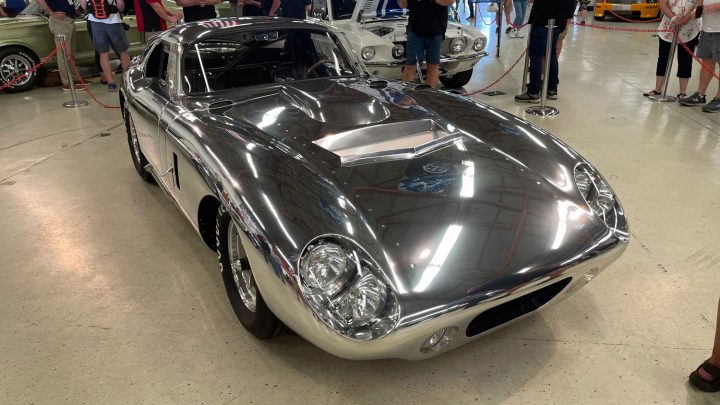 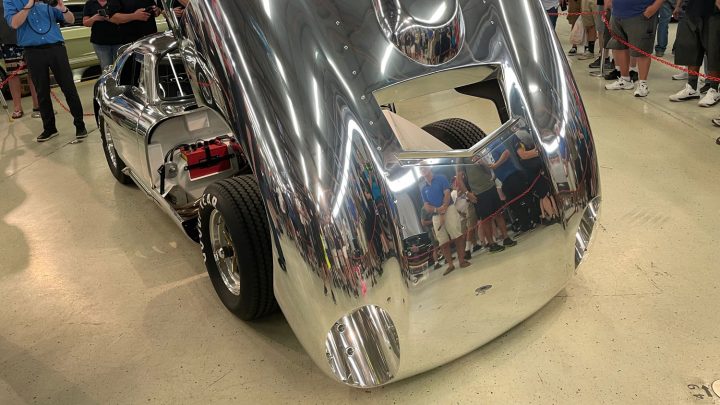 Shelby American decided to celebrate its 60th anniversary by completing Carroll Shelby’s dream Cobra Daytona. The Cobra Daytona Cammer Concept was unveiled last weekend at the Carlisle Ford Nationals. The chassis of a continuation Cobra Daytona was stretched three inches to accommodate the much larger engine, and Shelby American reports that this engine is capable of making over 650 horsepower. A four-speed manual transmission moves power to the rear wheels.

Given the low weight of the original Cobra Daytonas and the continuation cars, the Cammer should offer exhilarating performance and brutal acceleration. The body is bare polished lightweight aluminum that reflects everything around it. 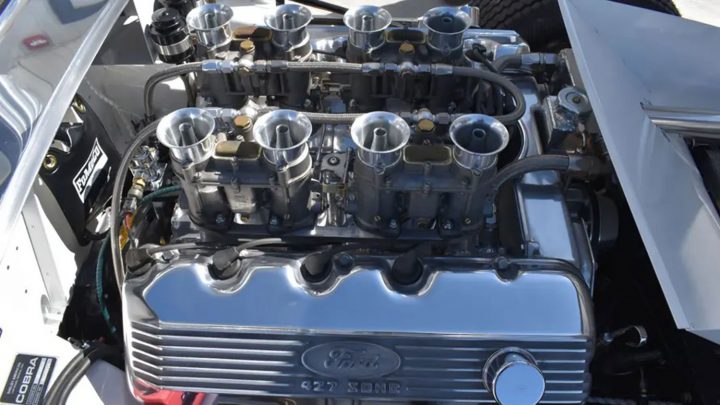 Shelby American intends to show the car at events over the next year to gauge interest. Although no pricing has been announced, it is likely a production Cobra Daytona Cammer would command quite a hefty price.

Be sure and subscribe to Ford Authority for more Shelby Cobra news and continuous Ford news coverage. 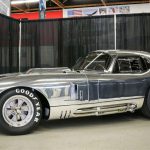 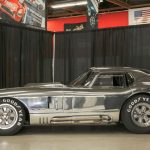 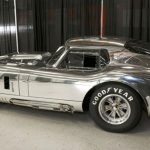 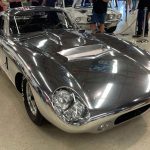 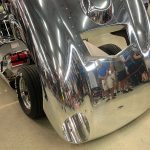 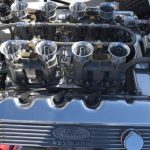