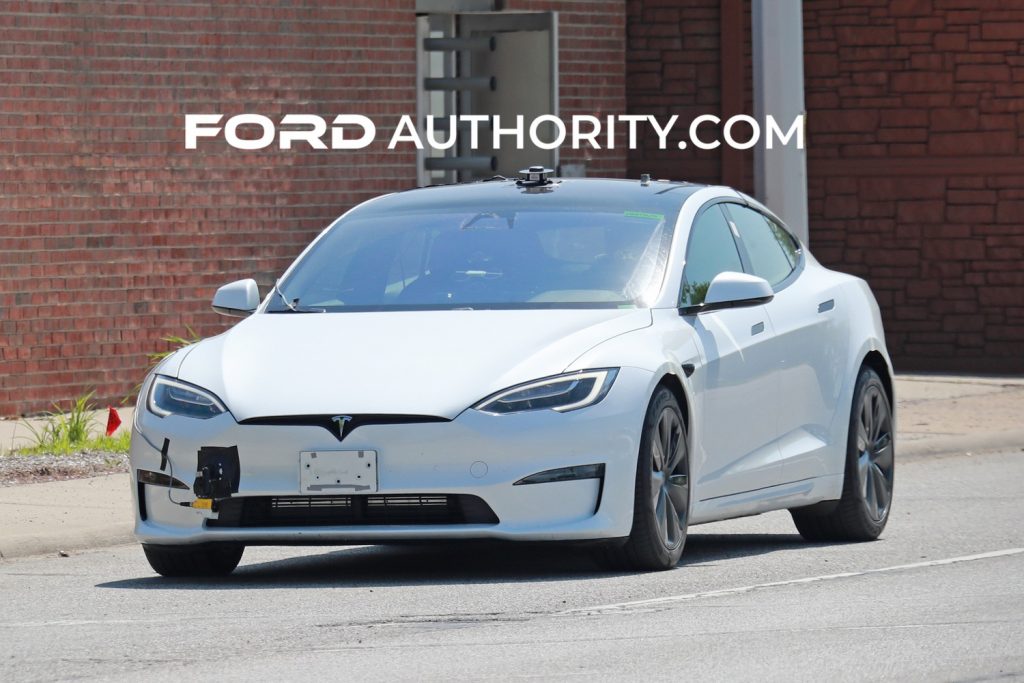 While FoMoCo CEO Jim Farley previously called Tesla, Rivian, and Volkswagen “major threats” to its EV business, Ford Authority spies have spotted the automaker benchmarking a number of all-electric vehicles from rival manufacturers in recent months, including a Tesla Model 3, Tesla Model Y Performance, and the Lucid Air on more than one occasion. However, those same spies have now spotted Ford benchmarking something even more exciting – a Tesla Model S Plaid. 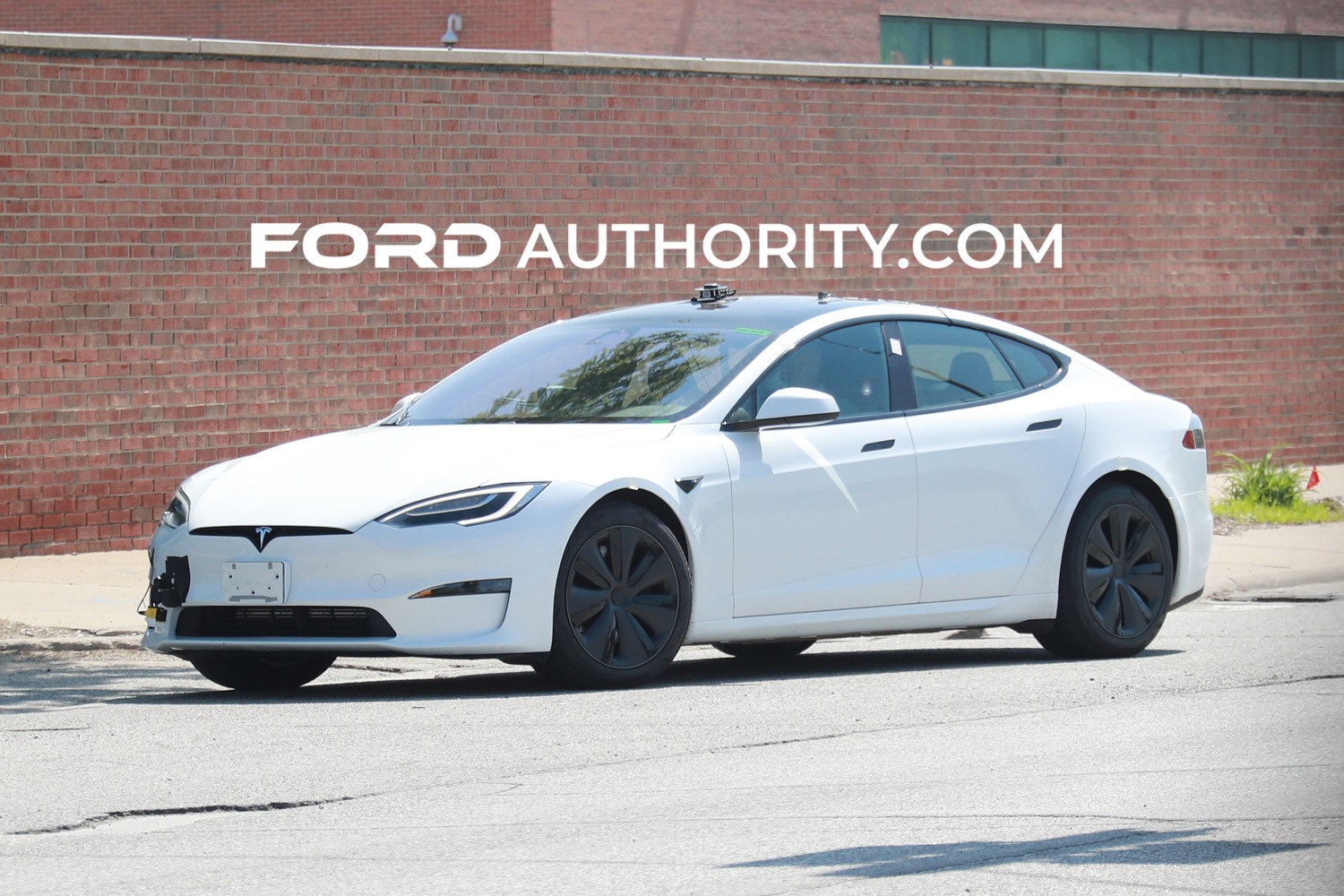 The Tesla Model S Plaid immediately became the quickest production car on earth (temporarily) when it launched last year, thanks to its trio of electric motors that churn out a combined 1,020 horsepower – good enough for a claimed 0-60 time of 1.99 seconds and a quarter-mile of 9.23 seconds at 155 miles-per-hour. Currently, Ford doesn’t produce an EV with anything remotely close to that sort of performance, as the Ford Mustang Mach-E GT Performance Edition utilizes two electric motors to produce 480 horsepower and 634 pound-feet of torque, which enables it to do 0-60 mph in 3.5 seconds. 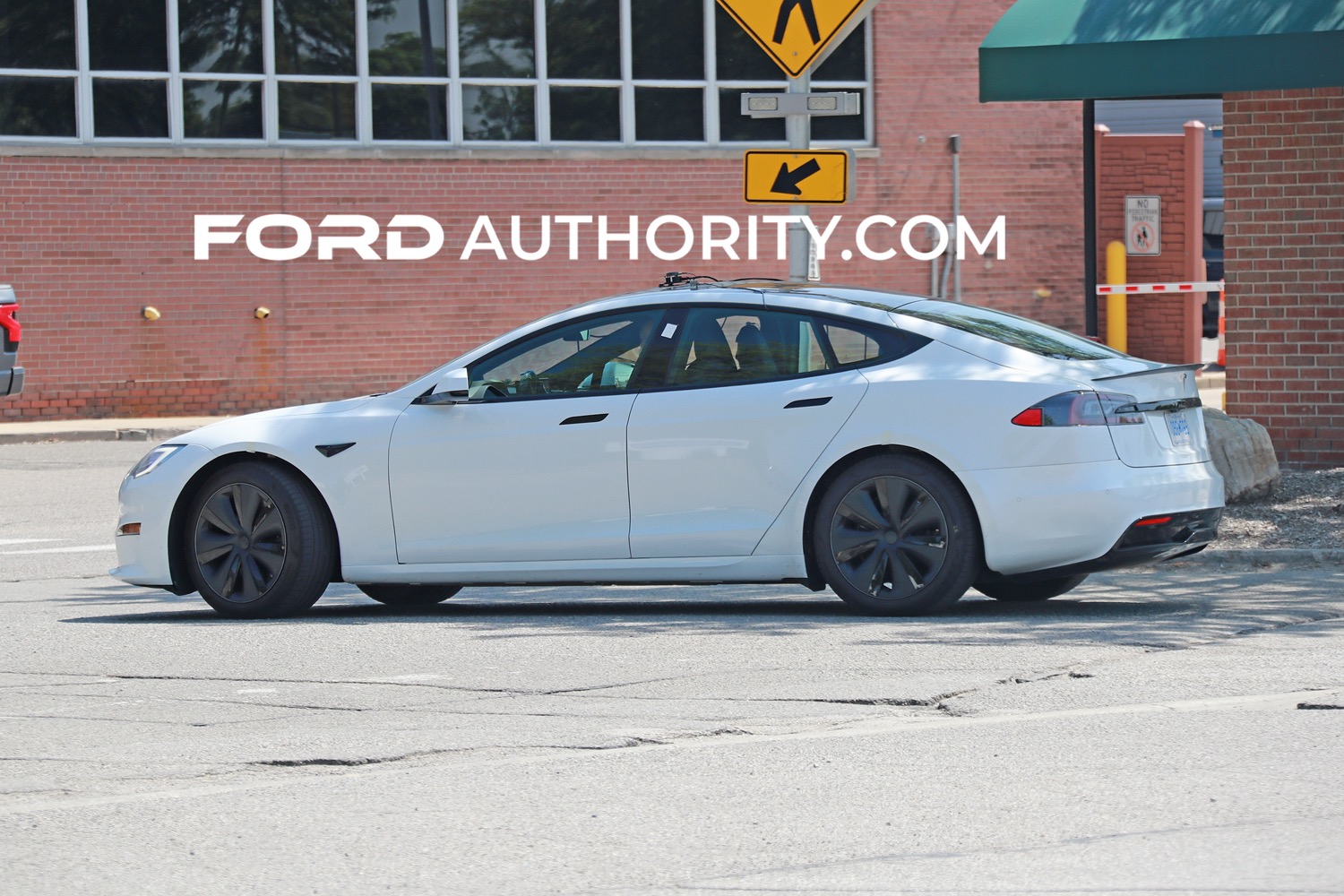 The Tesla Model S Plaid offers impressive range as well, traveling up to 396 miles on a single charge when equipped with the automaker’s 19-inch Tempest wheels, as is the case with this particular model, or 348 miles when equipped with the optional 21-inch Arachnid wheels. However, the speedy sedan isn’t cheap by any means, with a price tag of $135,990 sans options. 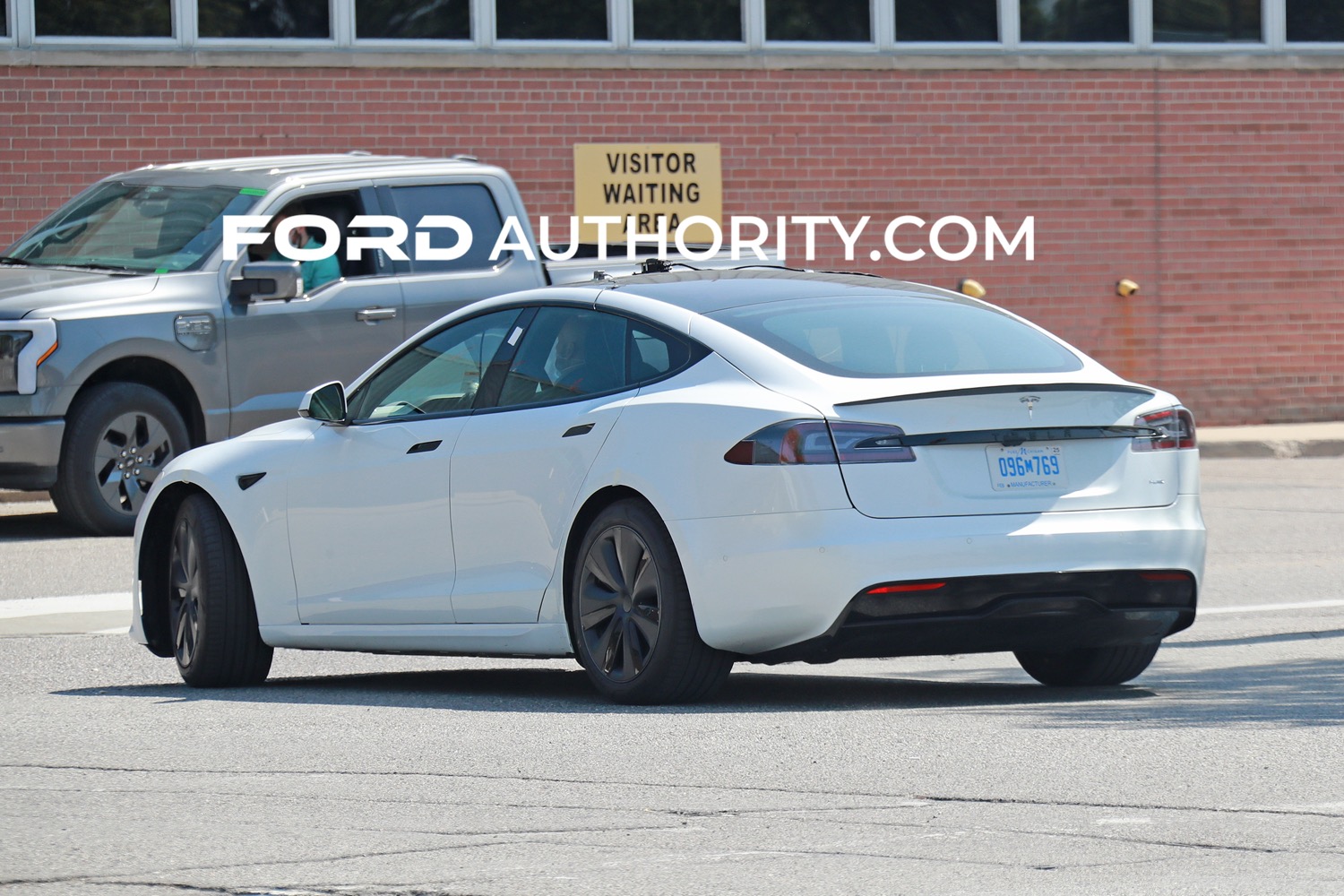 To this point, the biggest problem with the Model S Plaid (other than its exorbitant price tag, though it’s pretty reasonable given the car’s performance) is that securing one has taken many months, a problem that plagues most automotive models these days. However, Tesla’s web site currently states that estimated delivery times for those that order one today are sometime between June and August, which is much improved over the previous months-long wait times. 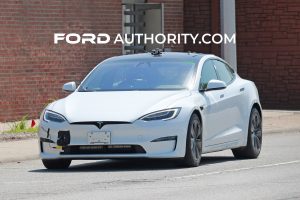 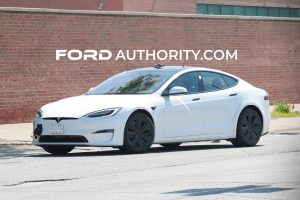 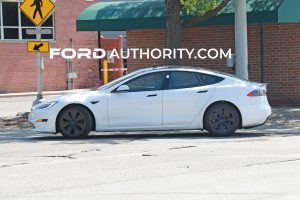 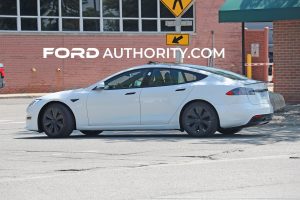 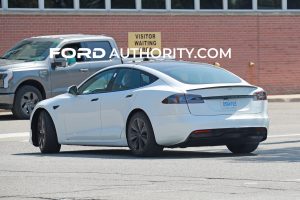 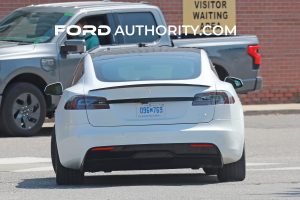