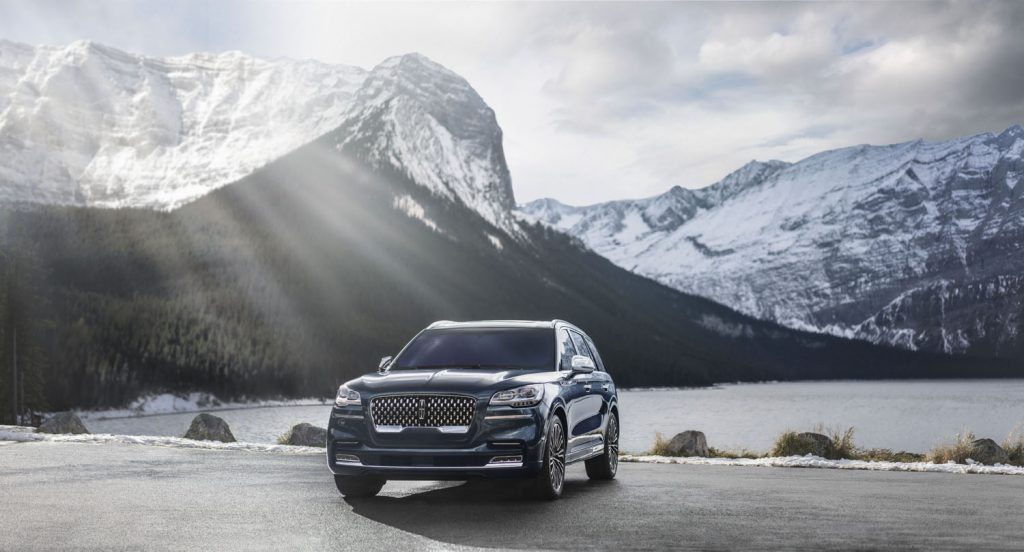 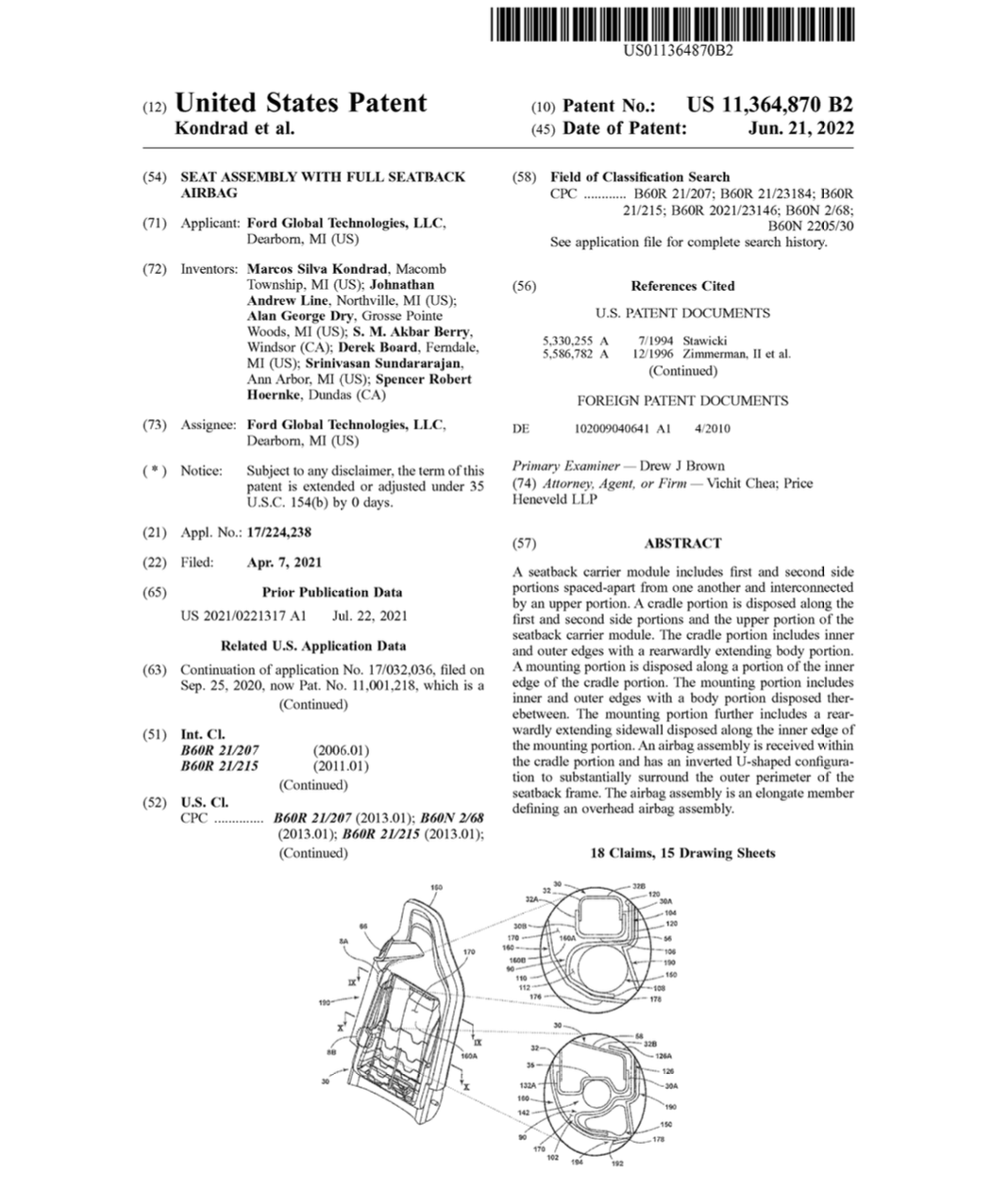 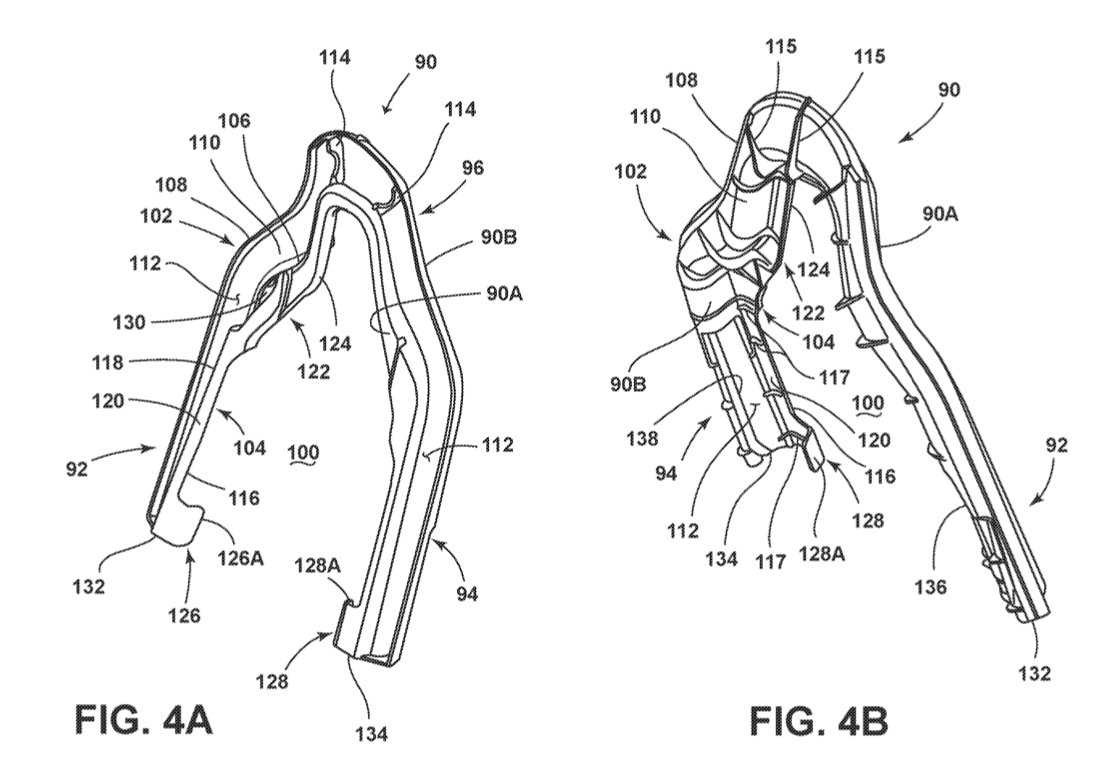 This Ford patent depicts a seat with two separate portions in the upper and lower part of the seatback which contain an airbag assembly that completely covers a vehicle’s occupants when activated. The patent specifically mentions the fact that autonomous vehicles will feature more minimalistic interiors, and that such a system could be useful as seats are expected to be able to pivot around in those self-driving models. Placing a full airbag system in a seatback that provides total coverage for occupants is one way to compensate for that. 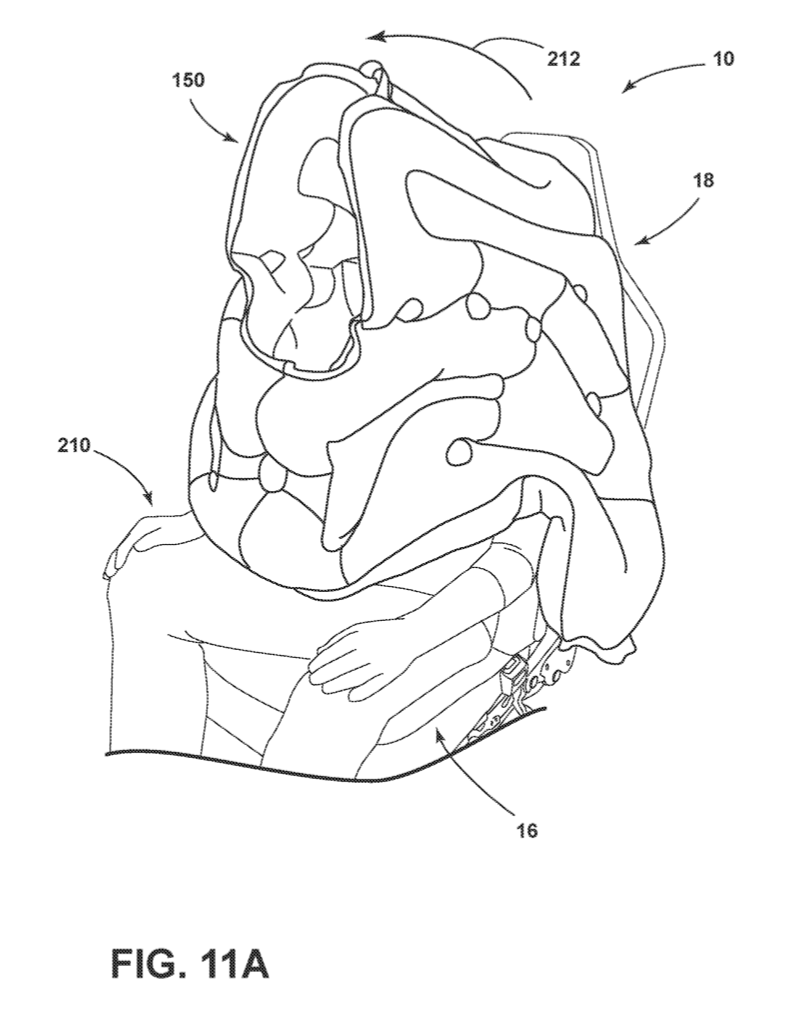 That’s precisely what this patent aims to do, and in that case, it makes a ton of sense. For years now, we’ve been told that autonomous vehicles of the future will be more like mobile living rooms than the automobiles we’re used to driving today, which necessitates a little out of the box thinking in terms of how to provide the same levels of protection for occupants in a vehicle that’s nothing like what we’re familiar with currently.