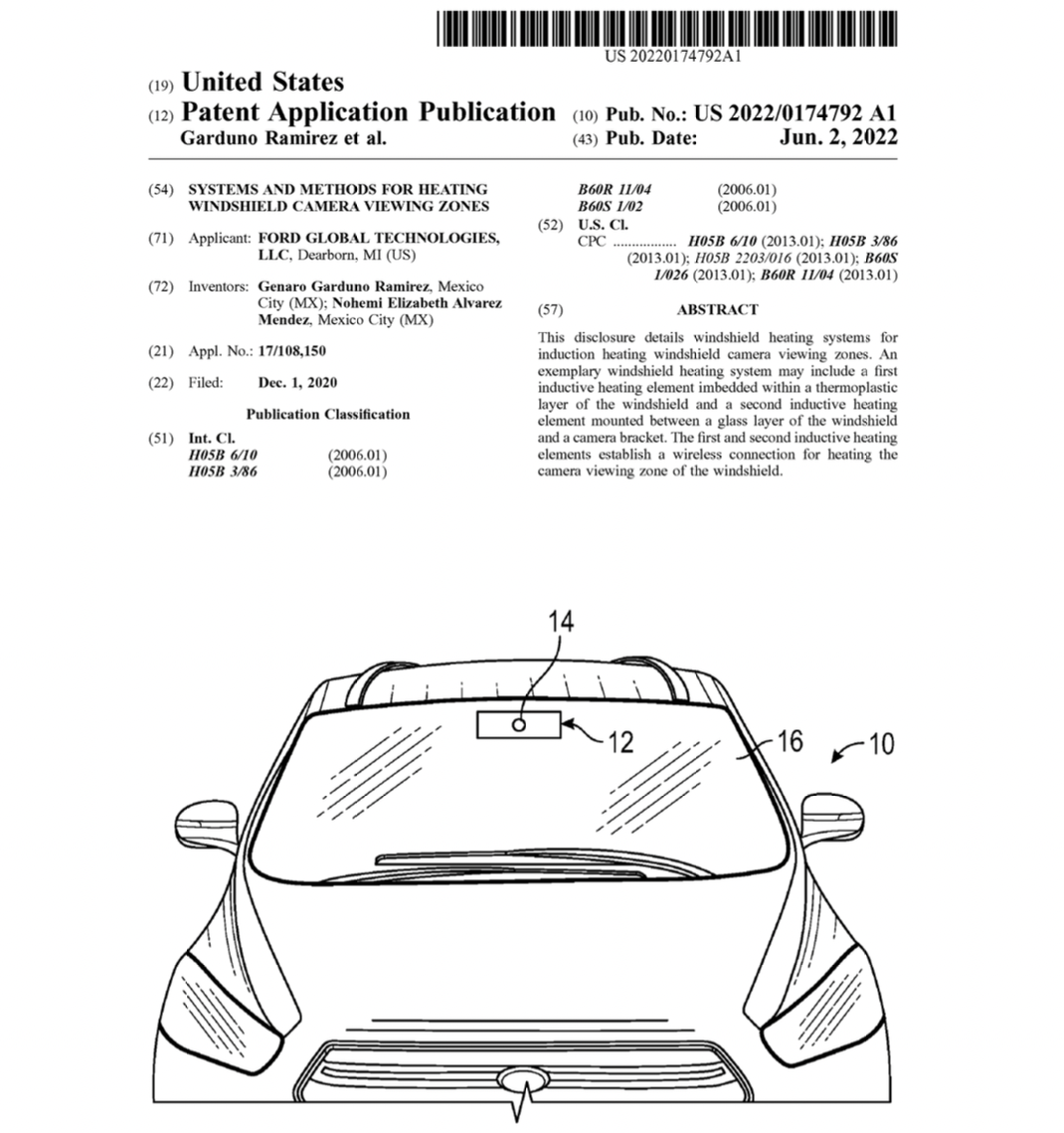 Over the past few months, Ford has filed a number of heating element-related patents, including one for a heated steering wheel equipped with multiple heaters, a heated side window system, heated windshield wiper blades, and an enhanced anti-fogging window system. Now, this new Ford patent continues to expand those offerings by presenting an idea for windshield heating systems for induction heating windshield camera viewing zones. 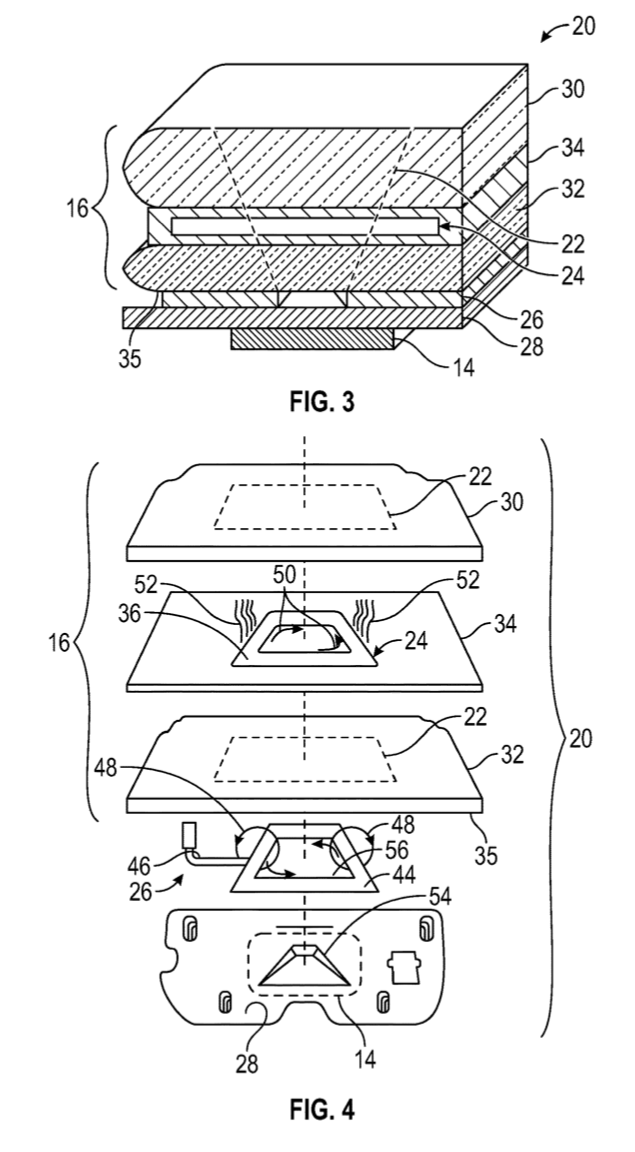 The purpose of such a system is rather simple and straightforward – to keep snow, ice, and fog clear from the camera viewing area. Many modern vehicles employ windshield-mounted cameras not only for viewing purposes, but also for various driver-assist and safety features that rely on a clear image to function properly. Condensation can negatively affect the operation of these features, which this special heated zone aims to prevent. 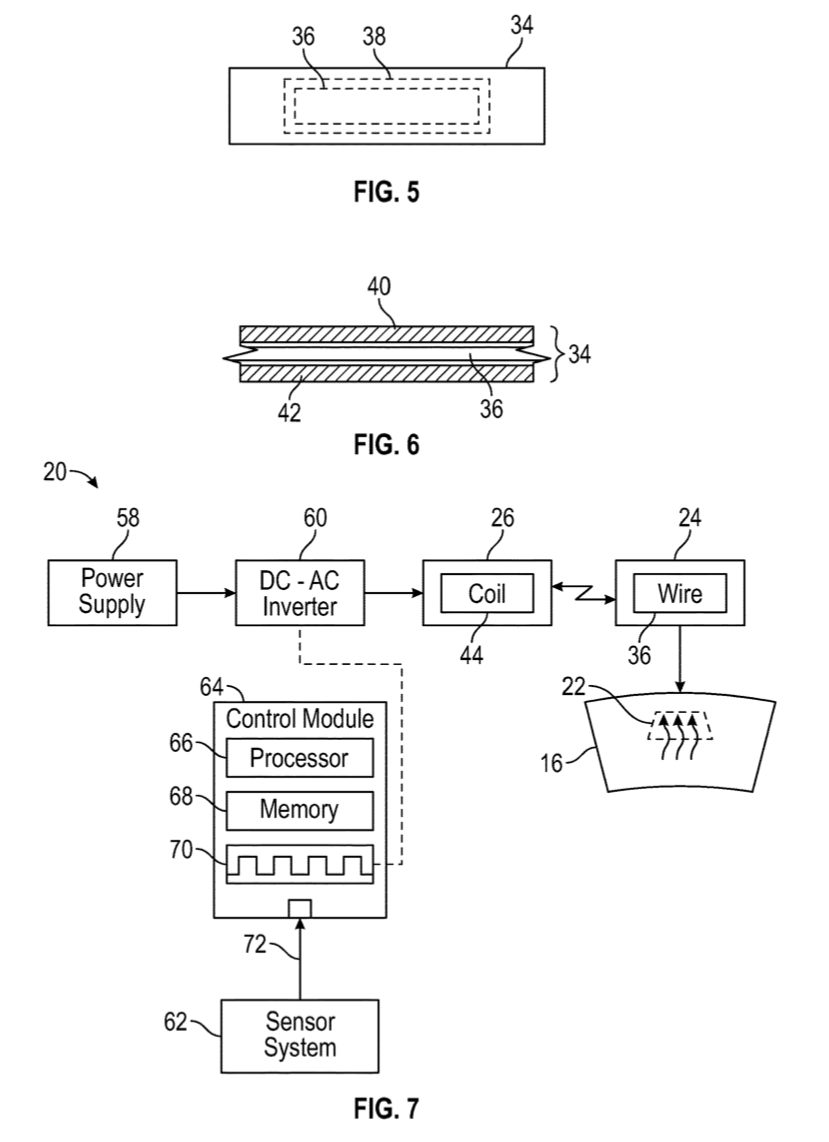 While many pieces of intellectual property seem a bit far-fetched, this particular Ford patent looks like a pretty viable solution to a problem that only figures to grow moving forward as more and more cameras and driver-assist features are implemented into new vehicles. As such, it wouldn’t be a surprise to see it come to fruition at some point in the near future.