Ford Motor Company has filed a patent for a pickup truck bed to cab pass through system, Ford Authority has learned. 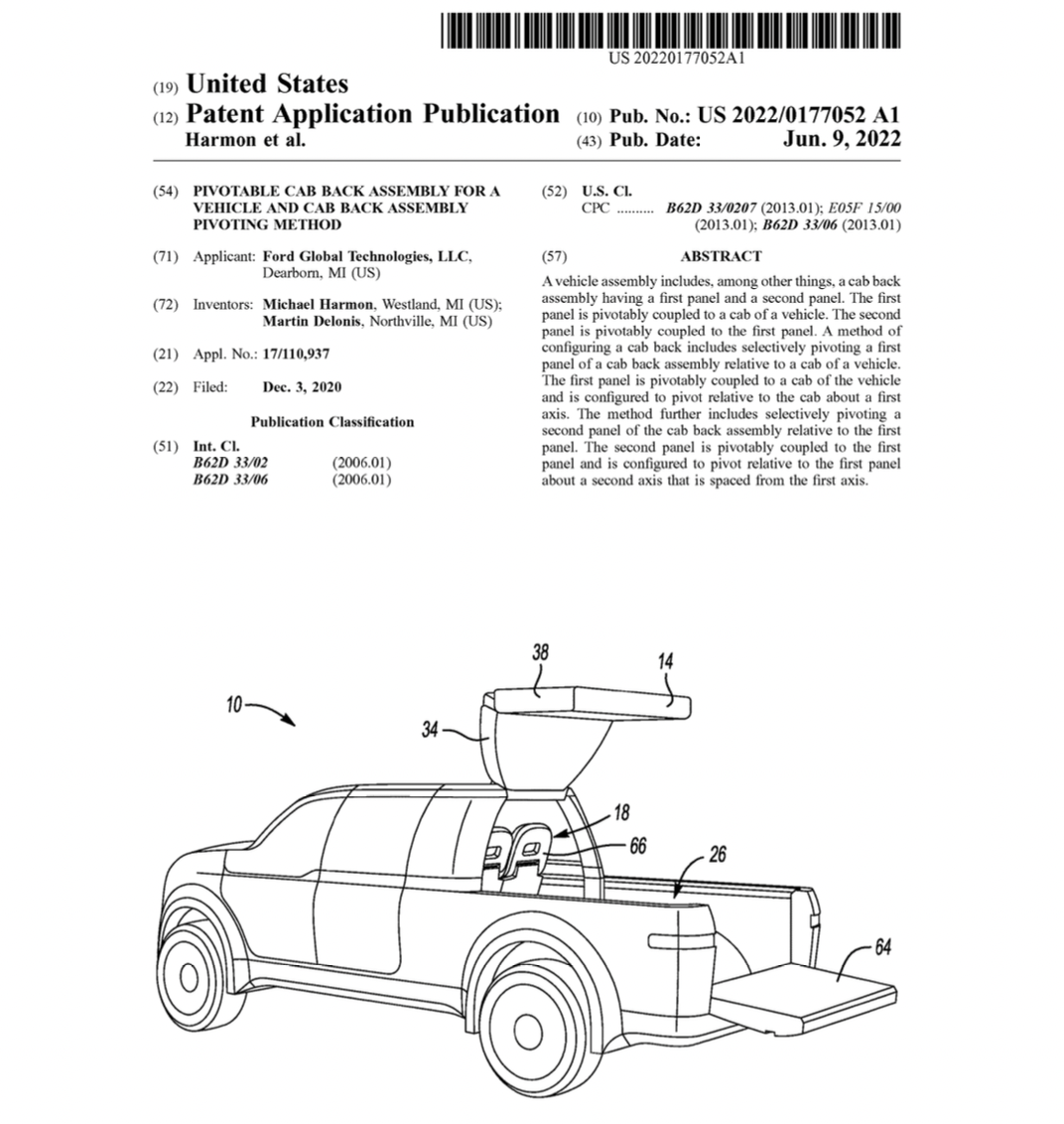 Ford has filed a bevy of pickup truck-related patents in recent months, including one for a magnetic bed and another for a new take on the multifunction tailgate. Now, this new Ford patent continues that trend by conjuring up a design for a pickup truck bed to cab pass through system, which is something that the forthcoming 2024 Chevy Silverado EV will come equipped with. This Ford patent specifically mentions using the feature on an electrified unibody truck, however, which means that it’s likely intended for a future model – not the current-gen Ford F-150 Lightning. 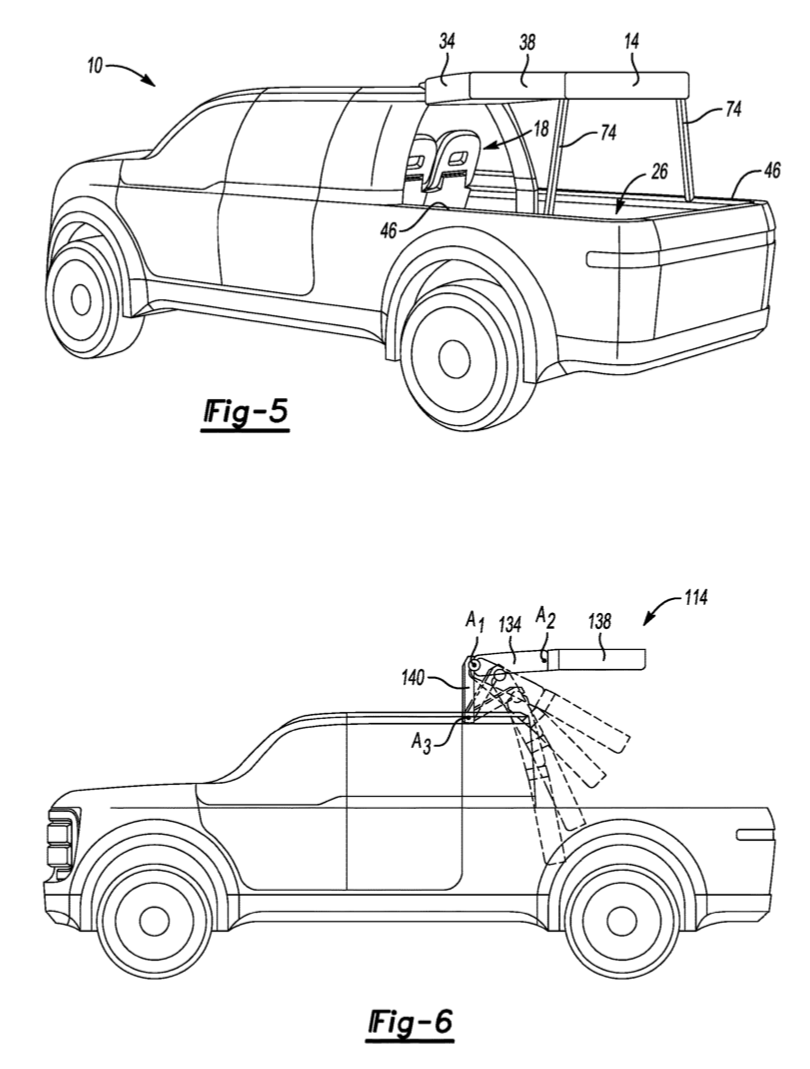 In the patent drawings, we can see that the rear portion of the cab is hinged and lifts upward, giving owners unabated access to the bed and/or the cab. That panel consists of two separate panels, with the lower part hinging as the section is lifted up, which means that it can be used as a work surface. In fact, the patent drawings show the panel being used to hold a table saw, double as a bed covering/tent of sorts, and various other uses, much like a multi-function tailgate. 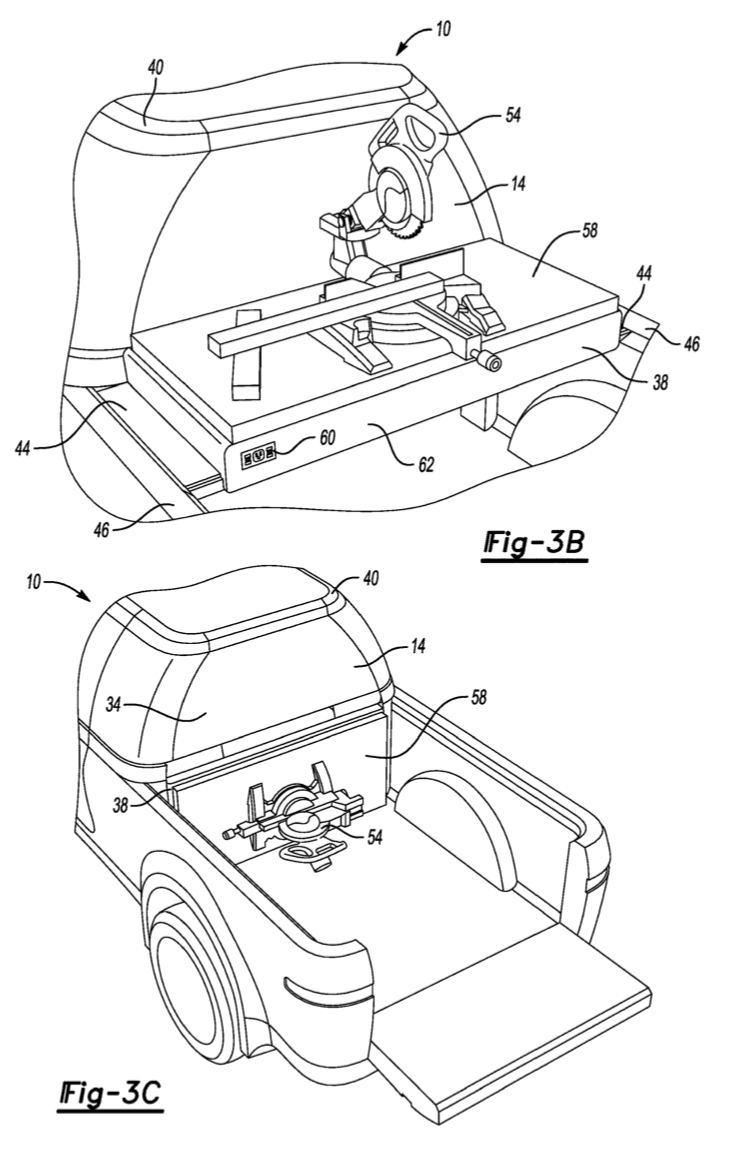 Ford CEO Jim Farley recently confirmed that The Blue Oval is working on a second all-electric pickup to complement the F-150 Lightning in the automaker’s lineup,  which could be an EV version of the Ford Ranger or something altogether different. Regardless, Farley also recently noted that the F-150 Lightning won’t be emulated, as Ford intends for its future EVs to be more than just electric versions of its existing ICE models, so perhaps that future EV pickup will employ a feature such as this.