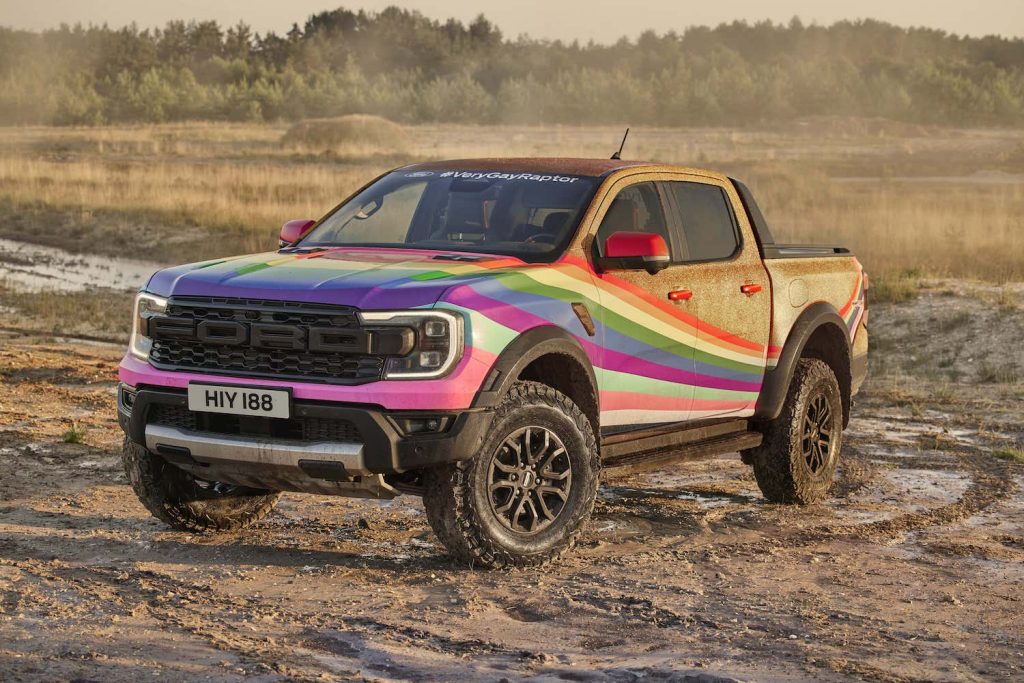 Last year, The Blue Oval created what it calls the “Very Gay Raptor,” a special Ford Ranger Raptor finished in gold with rainbow-style graphics, after someone left a homophobic comment on social media describing a blue livery present on another pickup as “very gay.” That colorful creation created quite the stir online – mostly in a positive way – and later made its debut at the Cologne, Germany pride parade. Now, a new version of the Ford “Very Gay Raptor” has been revealed, and it’s based on the next-generation Ranger Raptor. 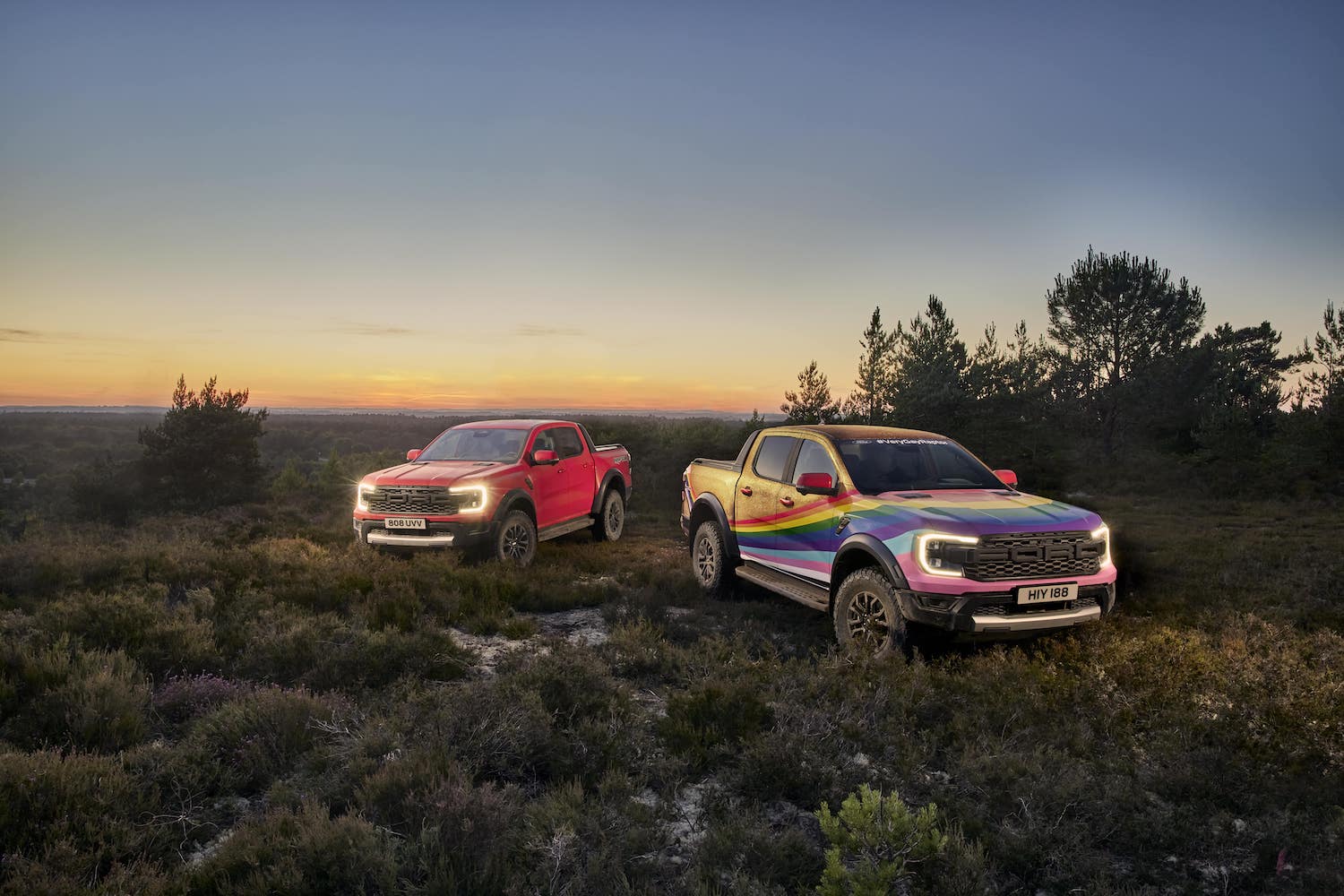 The new Very Gay Raptor will make its debut at the upcoming 2022 Goodwood Festival of Speed, which kicks off this week in the UK, alongside a regular next-gen Ranger Raptor. Ford chose to create a sequel to last year’s model as it continues to demonstrate its support of the LGBTQ+ community, but it’s also designed to initiate conversations designed to drive discrimination out of the automotive industry entirely. 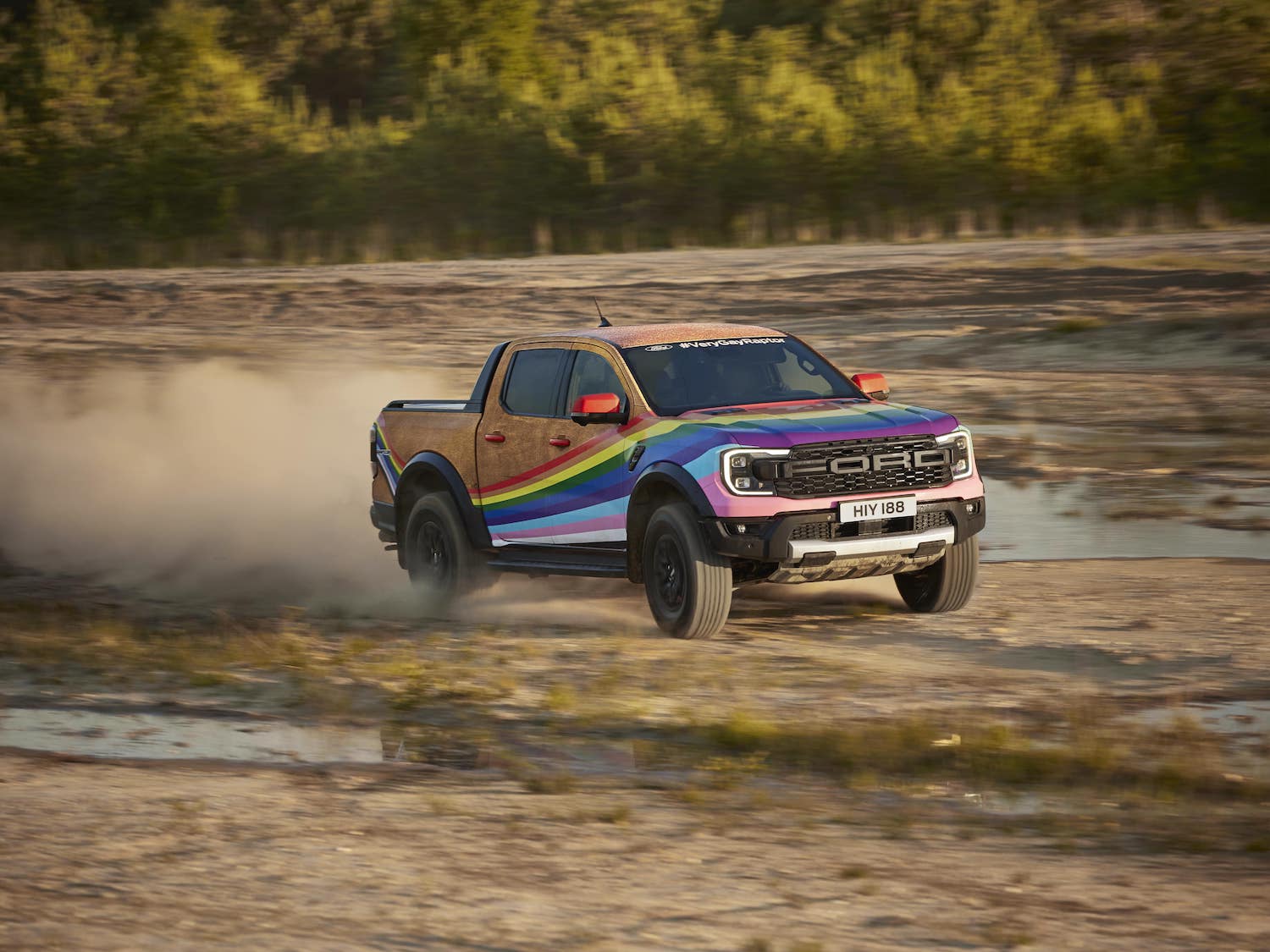 As part of this effort, Ford will be presenting live sessions of its new “Tough Talks” series at Goodwood from the truck bed of Very Gay Raptor, which will be hosted by Welsh rugby legend Gareth Thomas, the first openly-gay rugby union player. The sessions will explore how the automotive industry can foster a culture of inclusion and allyship for the LGBTQ+ community, covering a range of topics and featuring guests such as racing driver Abbie Eaton, comedian Catherine Bohart, and Lord March – the son of the Duke of Richmond, who founded the Goodwood Festival of Speed and Goodwood Revival.

Ford teased both versions of its Goodwood-bound Ranger Raptors in a video strutting their stuff off the pavement, while the high-performance off-road pickup will also tackle the event’s legendary hill climb and dirt track when it kicks off later this week.

We’ll have more on Ford’s efforts to fight discrimination soon, so be sure and subscribe to Ford Authority for more Ford Ranger news, Ford Ranger Raptor news, and 24/7 Ford news coverage.