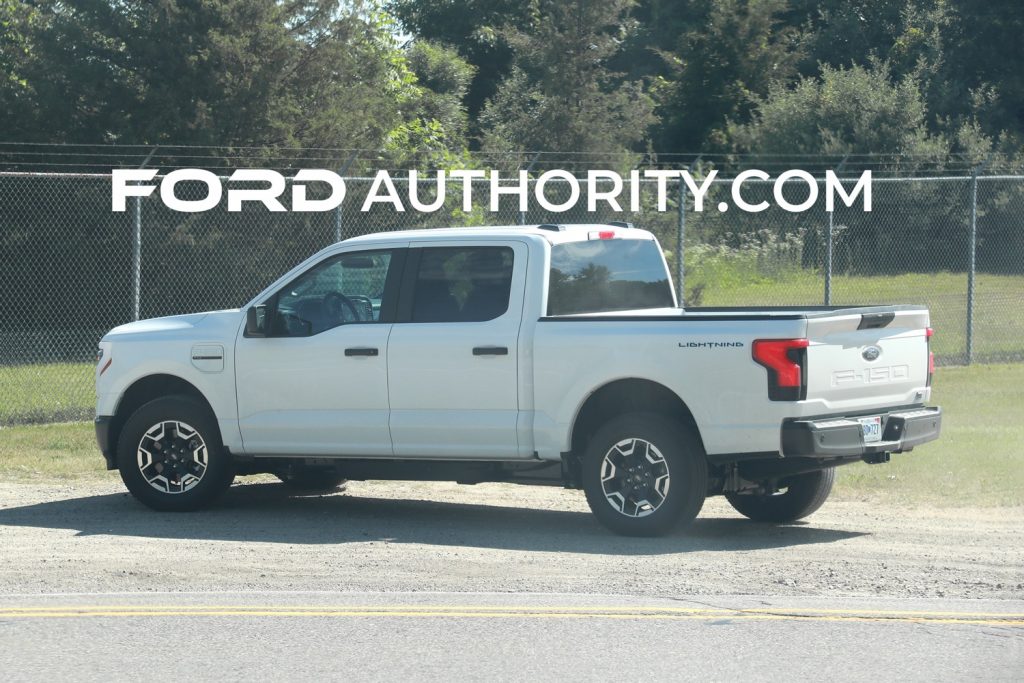 The relatively new all-electric pickup segment is quickly expanding, with the 2022 Ford F-150 Lighting recently joining the Rivian R1T and GMC Hummer EV on the market. Those trucks will soon be joined by the Tesla Cybertruck and Chevy Silverado EV, to name a couple, though the latter figures to be the F-150 Lighting’s most direct competitor. Thus, it’s no surprise that Ford Authority spies have caught General Motors benchmarking the electrified Blue Oval pickup. 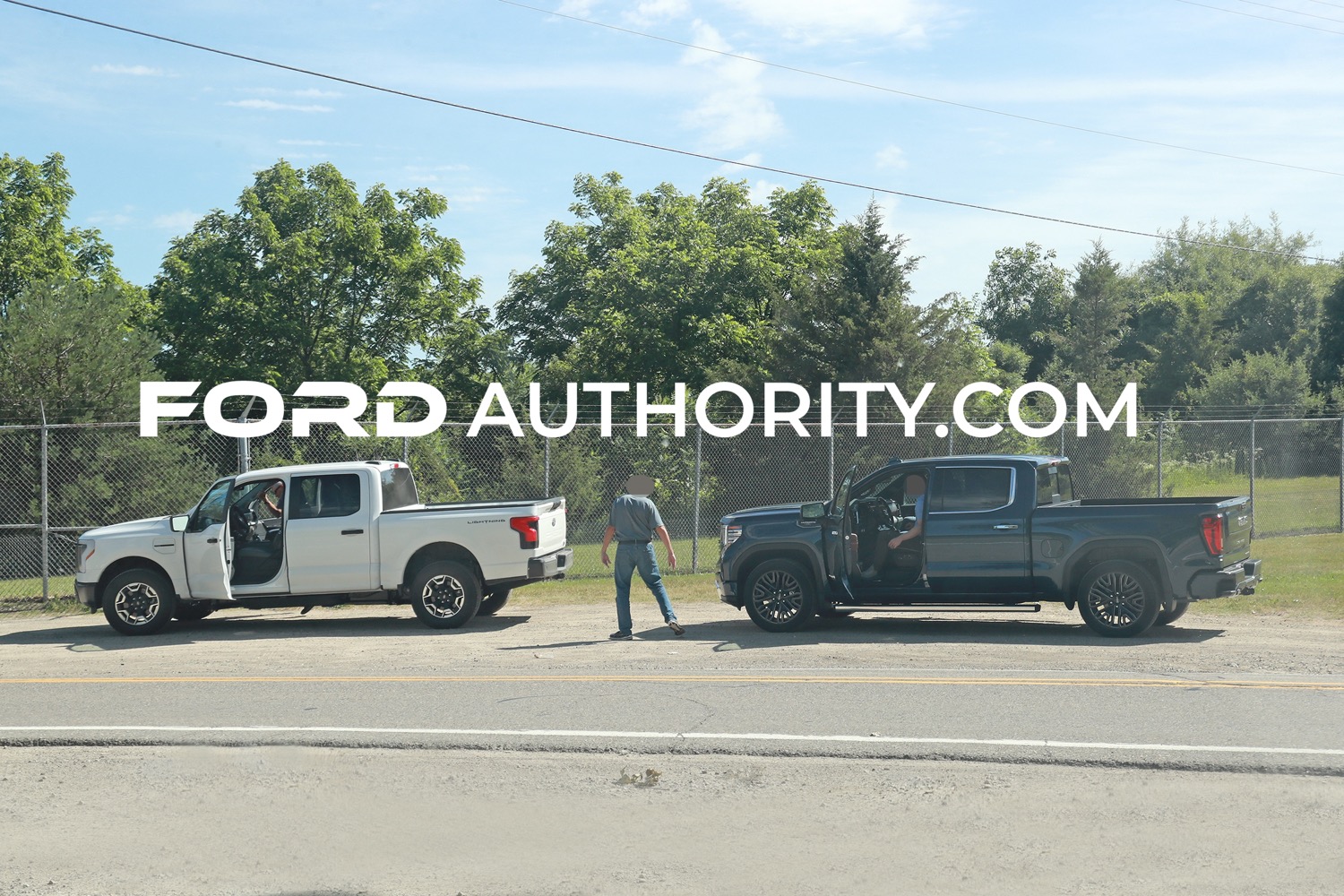 On the heels of benchmarking other FoMoCo products including the 2021 Ford F-150 Raptor back in May and the 2021 Ford Mustang Mach-E right around the same time, the automaker’s cross-town rival now has its hands on a 2022 Ford F-150 Lightning Pro, which was spotted here with a 2022 GMC Sierra Denali Ultimate as its chase vehicle. 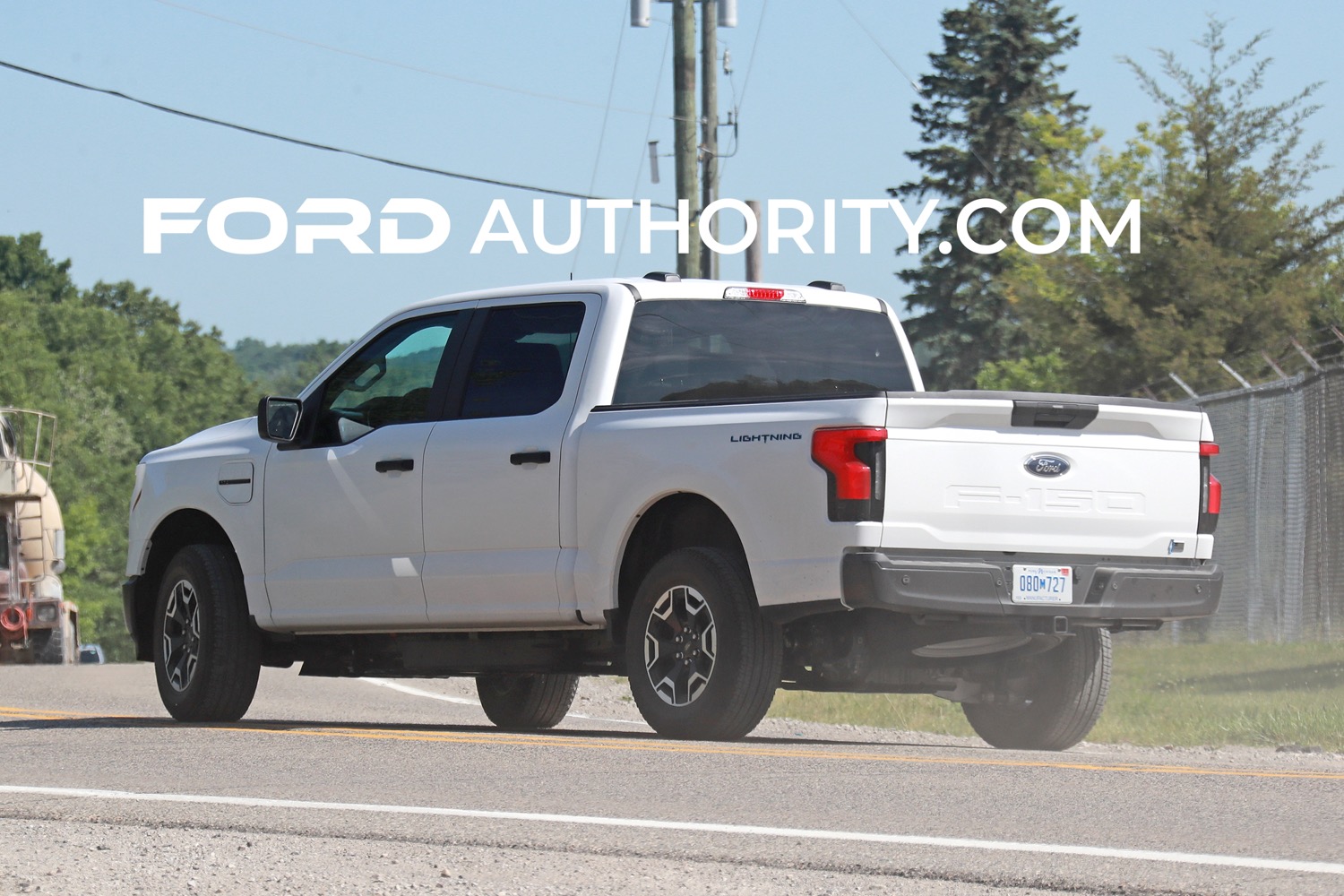 The 2024 Chevy Silverado EV – which was revealed back in January – isn’t slated to launch until next spring, though only the work truck-like WT will be available at that time. The WT will be a direct rival to the Pro model seen here, and will feature a slightly lower MSRP of $39,900, while the fully-loaded RST First Edition will follow in the fall of 2023 with a price tag of $105,000, minus destination charges. Later on down the road, more trims including the RST and Trail Boss will be offered, with prices ranging from $50k-$80k. As Ford Authority reported last week, FoMoCo purposely priced the F-150 Lighting at less than $40k to force GM’s hand in that regard. 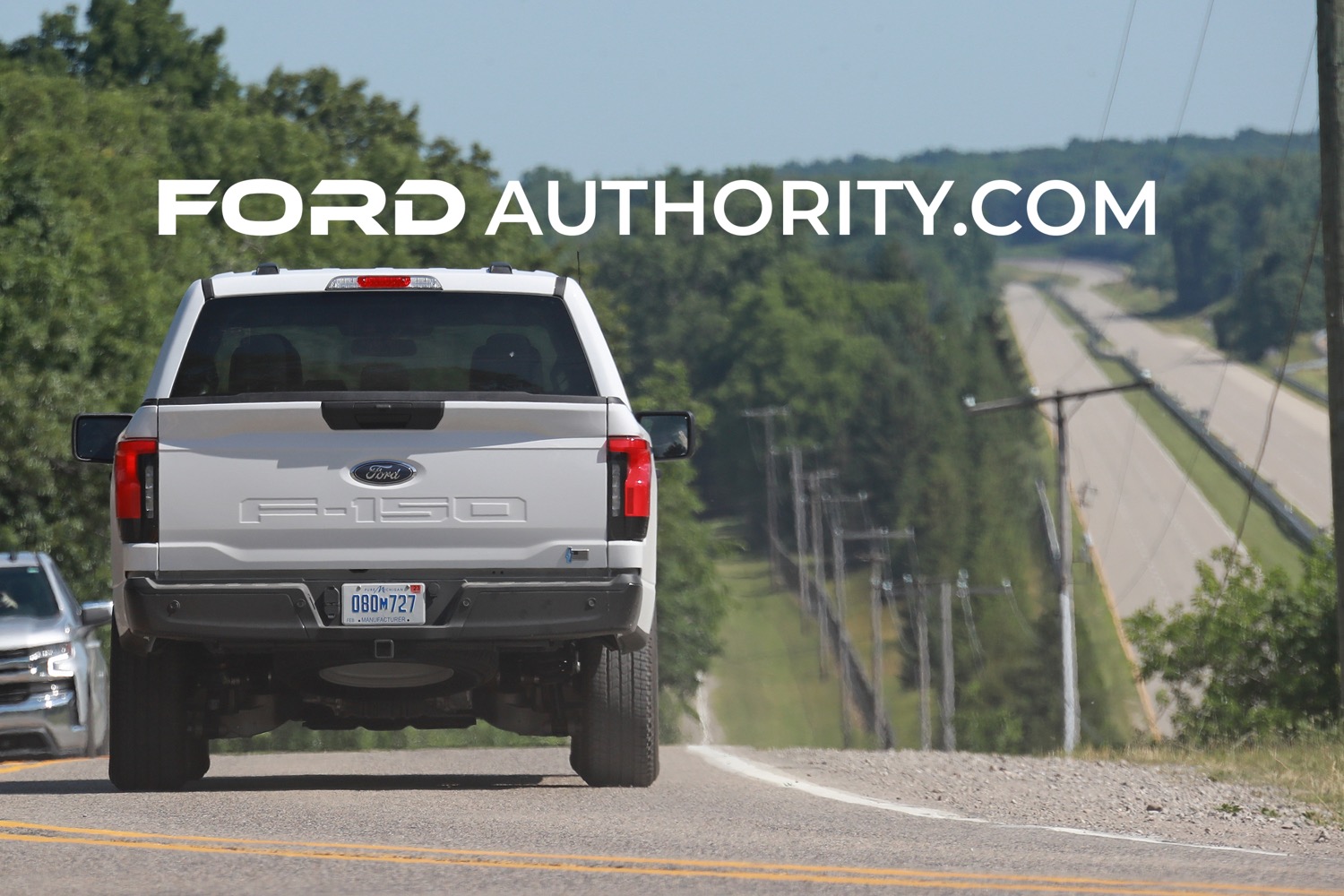 The F-150 Lightning and Silverado EV otherwise share quite a bit in common, though GM’s EV pickup promises superior range – 400 miles versus 320 max – as well as optional all-wheel steering. Regardless, the 2022 Ford F-150 Lightning remains America’s most considered EV pickup, according to Kelley Blue Book’s most recent Brand Watch report.