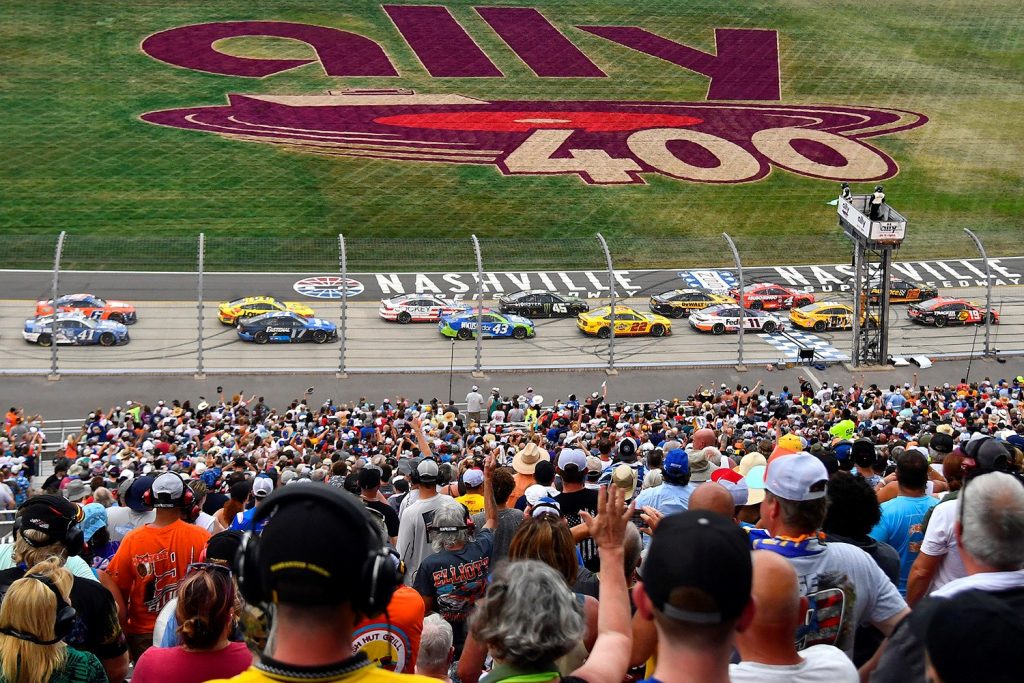 Rain and lightning wreaked havoc at Nashville Superspeedway on June 26th, 2022, causing lengthy delays for the Cup Series race in Tennessee. When things finally got rolling, Ryan Blaney, driver of the No. 12 Nascar Ford Mustang, proved that he is a true wheelman after he saved his race car from a spin and rallied back to finish third, the best of all the Ford teams. 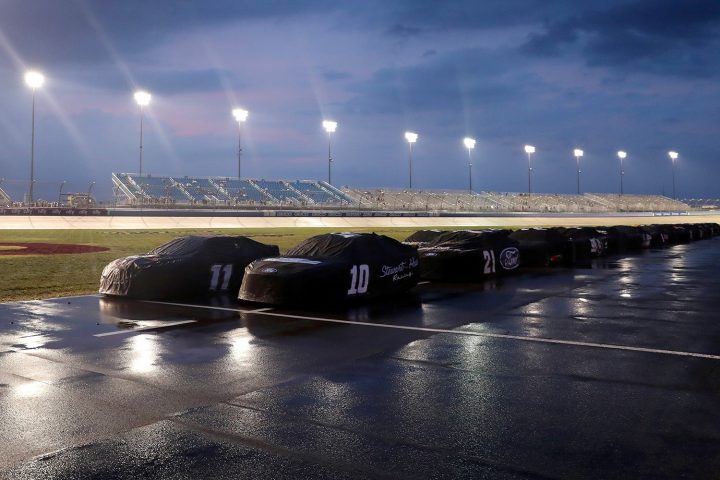 Blaney’s No. 12 Mustang hung out near the front of the field for much of the race, but he lost the back end of his race car with 96 laps left to go and spun out. He managed to save it, spinning its nose away from the wall at the last second, tagging the wall with only the rear bumper. The caution flag flew for him, but he was able to gather it back up and headed to Pit Road to assess the damage.

The incident didn’t affect how the No. 12 Nascar Ford handled, and Blaney guided it back to the front of the field after a series of late-race cautions. Race winner Chase Elliott, driver of the No. 9 Chevrolet Camaro ZL1, took on a similar strategy to Blaney, as they both elected to stay out while the race leaders pitted on a caution with nine laps left. The checkered flag flew over Blaney’s No. 12 Mustang in third, bested only by the No. 45 Toyota TRD Camry of Kurt Busch and the No. 9 Camaro of Elliott.

While Blaney’s No. 12 Ford excelled after an incident, the No. 6 Mustang of Brad Keselowski experienced the inverse. Keselowski ran within the top 10 for much of the final stage of the race, but made heavy contact with Cole Custer’s No. 41 Ford and slowed on the speedway with nine laps left. Interestingly, Nascar did not throw a caution for the incident, despite Keselowski’s No. 6 Ford going dangerously slow on the racing surface as he attempted to get back into the pits. He ultimately finished 29th.