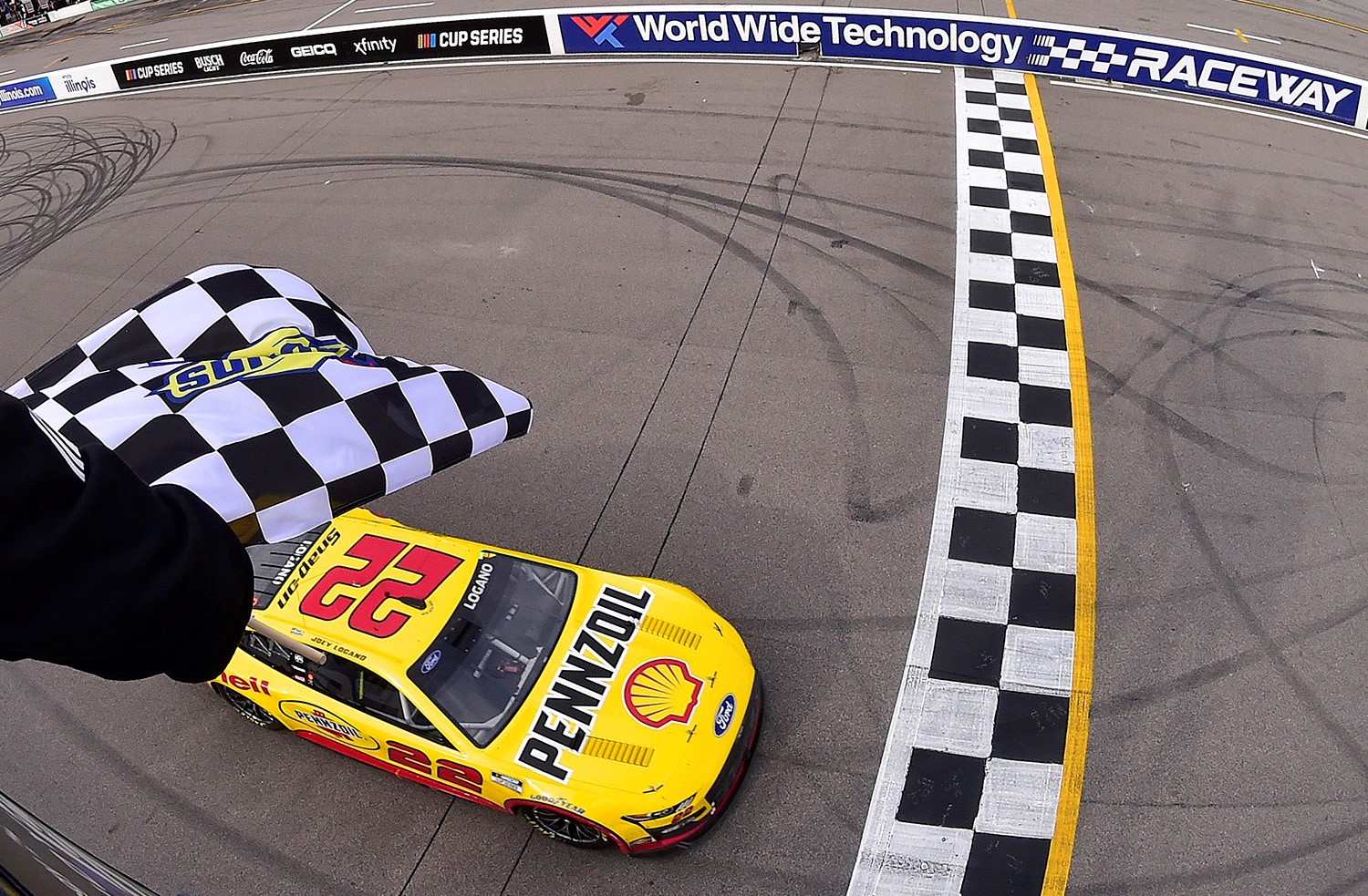 Joey Logano piloted his No. 22 Nascar Mustang to victory for the second time this season after fending off a charge from the No. 18 Toyota TRD Camry driven by Kyle Busch in an Overtime finish at World Wide Technology Raceway on June 5th. The two fought hard through the extended-length race, but Logano’s No. 22 Mustang easily got out front and never looked back when the green flag fell on the final two laps.

“It doesn’t get much better than that,” Logano said of his win. “Racing for the lead like that with Kyle [Busch], one of the best. It was a lot of fun. Crossing each other back and forth. I knew it was coming. I did it to him; I knew he was going to do it to me. We crossed back and forth there a couple of times. 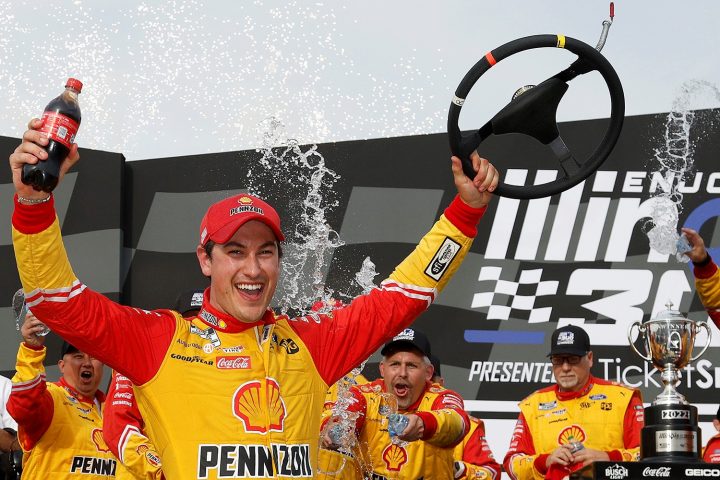 “What a great car, though. Really fast. I kind of messed up in qualifying, and [crew chief] Paul [Wolfe] made a great call putting two tires on [during the No. 22 Ford’s final pit stop].”

Overall, the Ford teams had a decent day at the inaugural Cup Series race at the Illinois speedway.

Logano’s No. 22 machine was up front for much of the race, though he did not lead until the laps began to wind down, battling with Busch in the No. 18 Camry. Chase Briscoe led the field to green in his No. 14 Mustang, but suffered a flat left rear tire just 28 laps into the 240-lap event. Austin Cindric’s No. 2 Mustang won the first stage.

For Stage 2, Ryan Blaney in the No. 12 Mustang fought hard against Cindric’s No. 2 Mustang for the lead. The No. 12 Mustang’s left rear tire went down, and Blaney was forced to surrender the lead to pit. Michael McDowell’s No. 34 Mustang also led the session for a while.