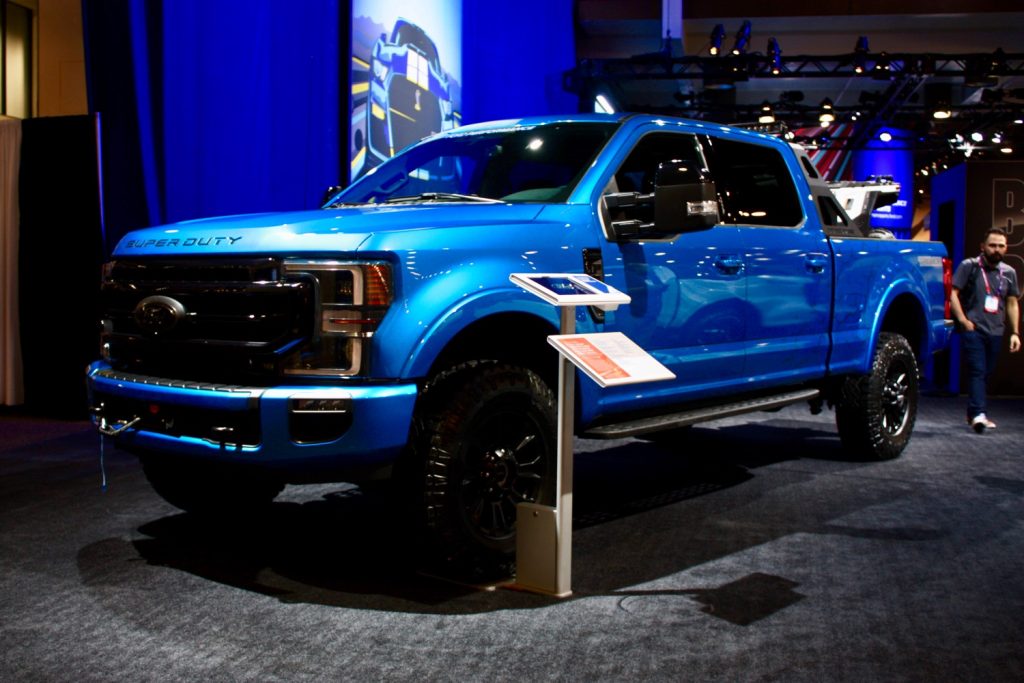 For many years, Ford has been synonymous with its iconic Blue Oval logo, which hasn’t changed significantly over that elongated time period. However, in recent years, the black Ford oval has emerged as a popular alternative to the legendary Blue Oval and has become available on a variety of vehicles equipped with special black appearance packages, as well as a standalone offering from Ford’s official catalog. And that had us wondering – which oval do our readers prefer? The Ford Blue Oval emblem has been synonymous with FoMoCo vehicles for decades now, becoming one of the most famous and easily recognizable logos in the world. In fact, the oval Ford emblem originally appeared in 1907, and the first Blue Oval was affixed to a vehicle in 1927 before landing on all of Ford’s models starting in 1979. The familiar Blue Oval has changed a bit in terms of appearance since then, but it has always remained blue. However, in recent years, that has been slowly changing, with the black Ford oval beginning to pop up on more and more vehicles in the automaker’s lineup.

Black ovals are clearly gaining steam among shoppers these days, but we’re curious to know – do our readers prefer this darker look, or are they content to stick with the traditional Blue Oval? Let us know by voting in the poll below!

We’ll have more on the growing number of Ford vehicles with black oval emblems soon, so be sure and subscribe to Ford Authority for 24/7 Ford news coverage.