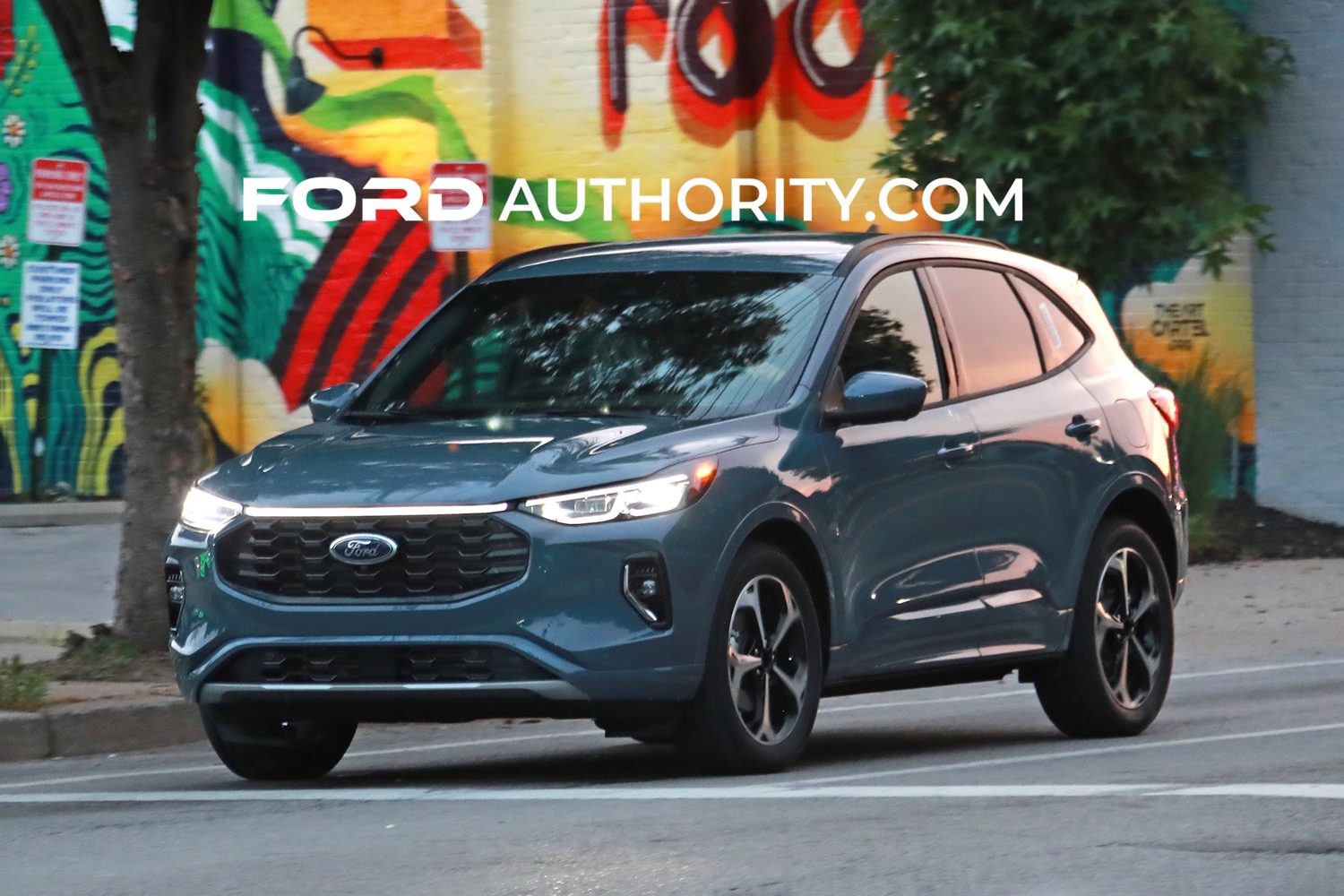 Ford Authority spies have spotted the refreshed 2023 Ford Escape on numerous occasions over the past several months, with the first sighting happening last October, after which the crossover was spied again with a revised grille and clear taillight housings, showing off the model’s different trim levels. The 2023 Ford Escape will also receive a new, larger infotainment screen on the inside, as Ford Authority previously reported, but now, our spies have spotted the refreshed crossover completely uncovered for the very first time. 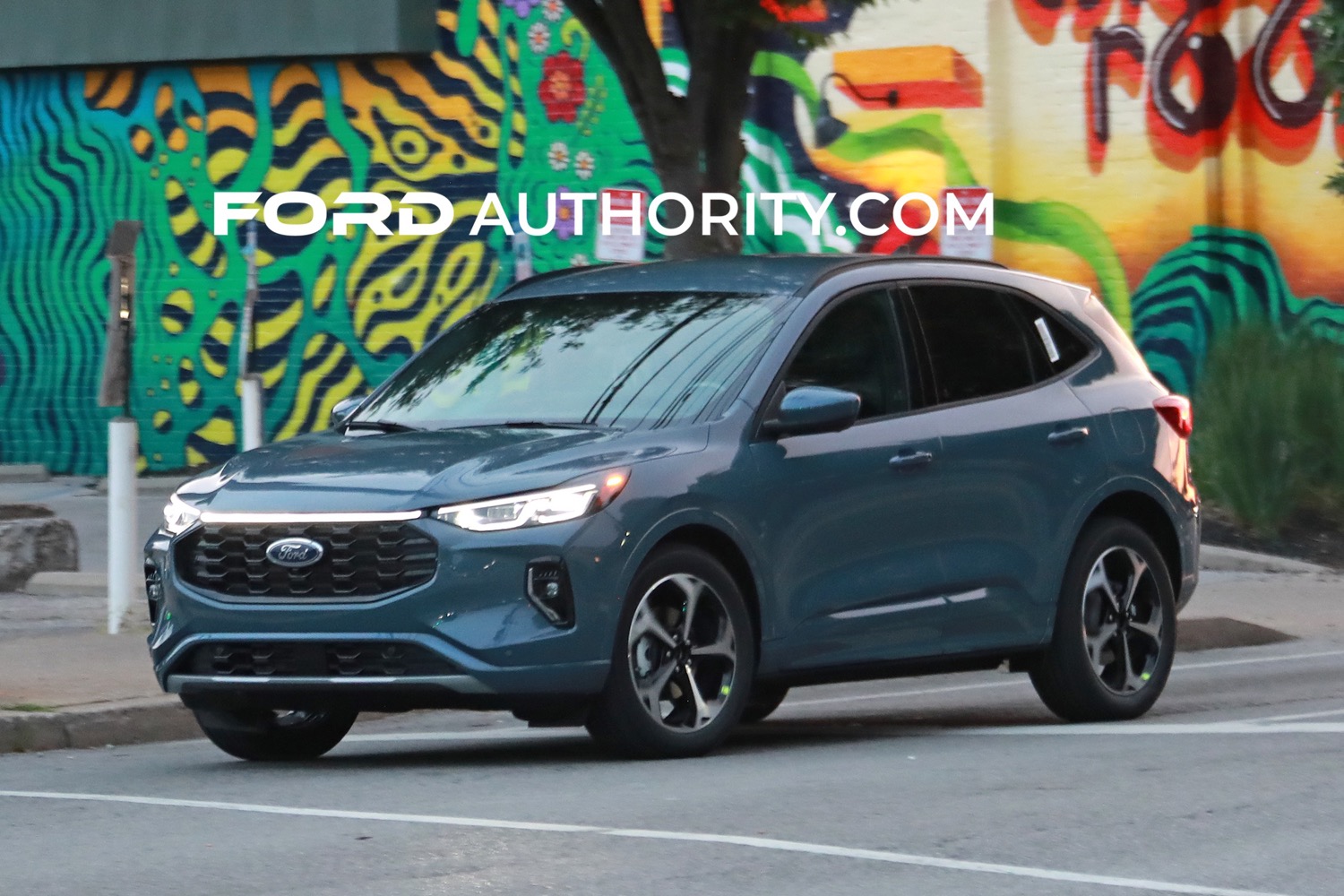 As expected, the front end of the 2023 Ford Escape has been treated to some changes that give it a more angular, sharper appearance than the current model. The headlights are slimmer and feature LED signature lighting inside, while both headlights are “joined” by a light bar in the center. Beneath that lies an oval grille with 3D-like “floating” elements, which are flanked by intakes on each side containing new fog lights. A second grille lies directly beneath the upper grille, too. 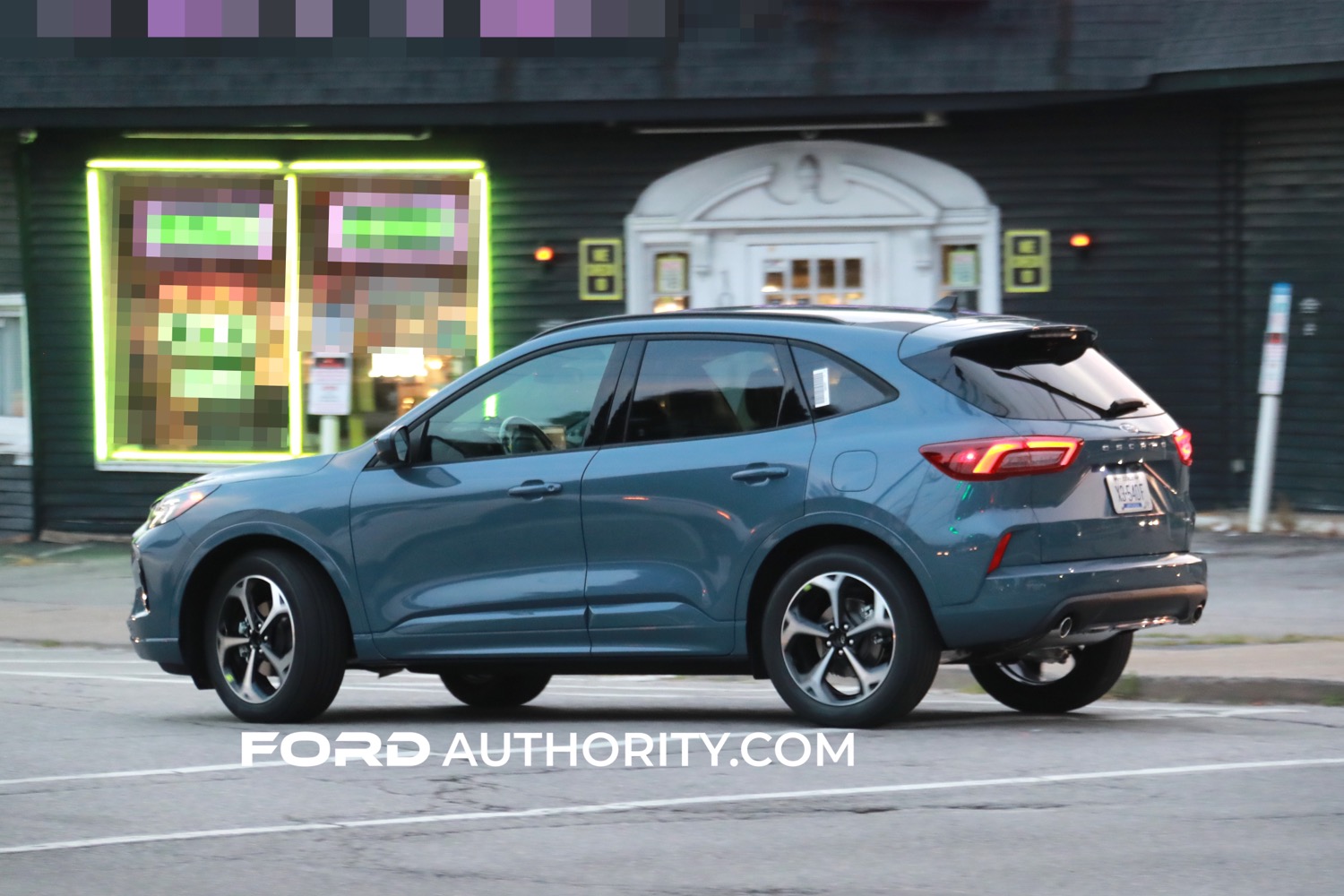 Moving down the side, the refreshed 2023 Ford Escape touts a new wheel design and a monochromatic finish, as everything – including the door handles and wheel arch trim – is painted body color on this particular model. 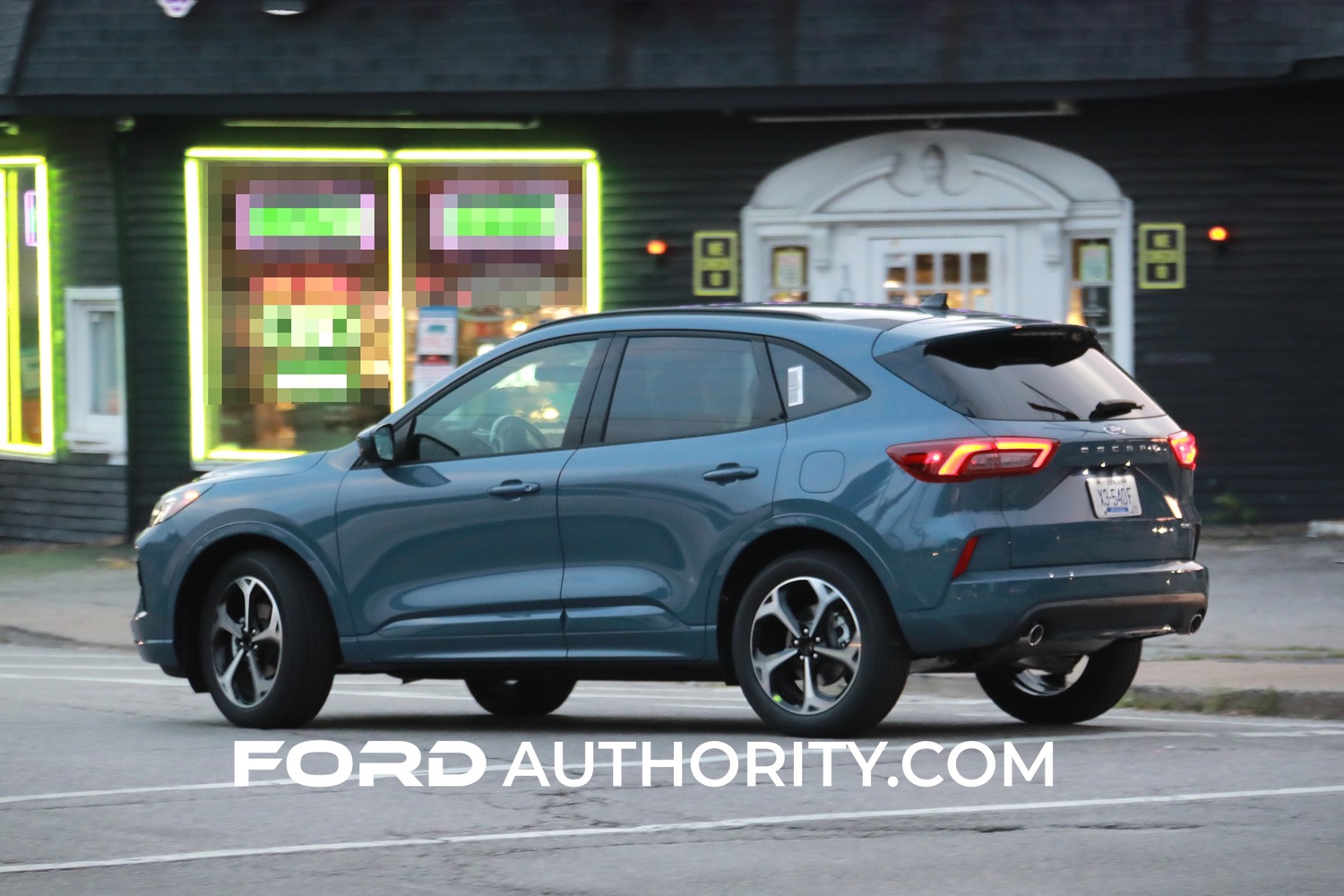 Out back, the 2023 Escape touts a revised taillight design that also looks more modern than the current-gen model. Overall, it’s a far more mature look for the small crossover, one that brings it a little closer to the European Kuga in terms of overall design aesthetic. 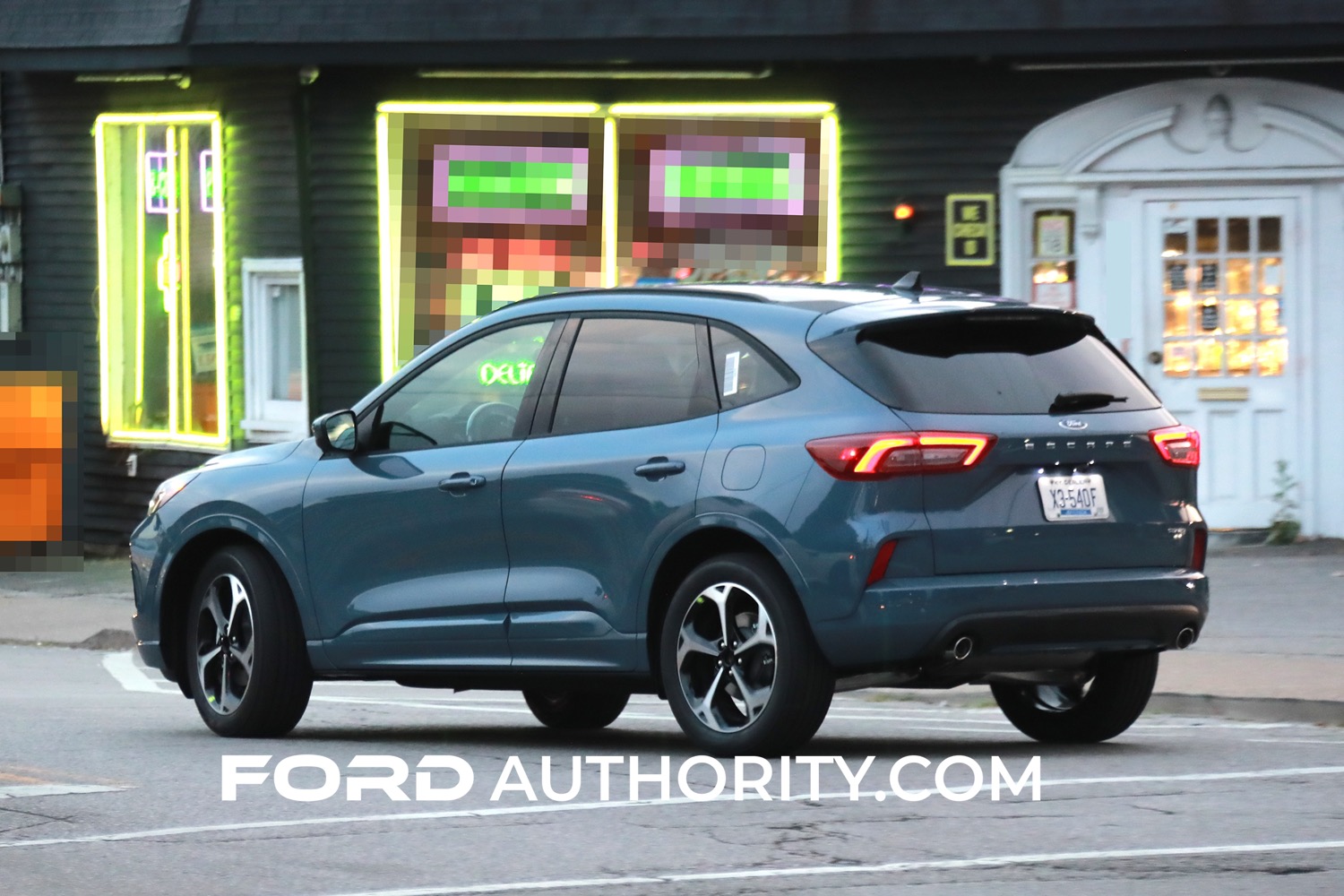 The 2023 Ford Escape represents a mid-cycle refresh for the crossover following a redesign for the 2020 model year, while a previous report suggested that the crossover will receive a more comprehensive redesign in 2025. However, Ford CEO Jim Farley recently stated – indirectly, at least – that the Escape could be facing cancellation in the near future. Regardless, order banks for the 2023 Escape are scheduled to open up this September, as Ford Authority reported earlier this month. 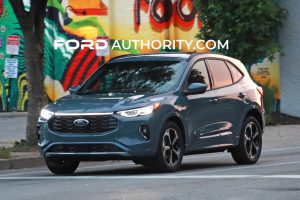 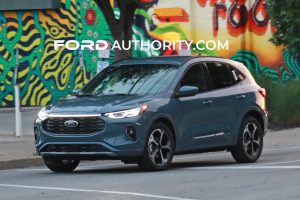 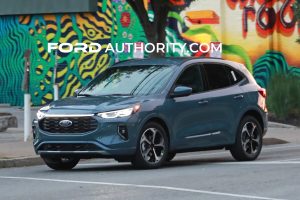 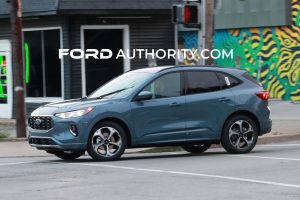 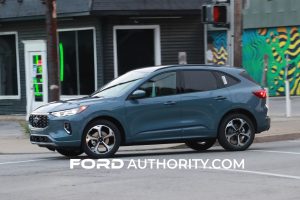 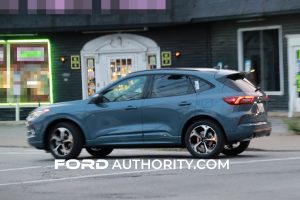 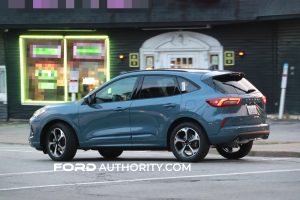 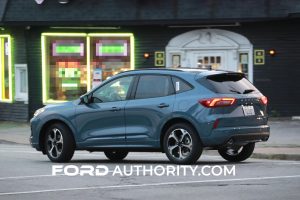 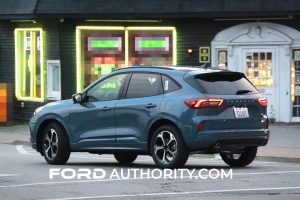 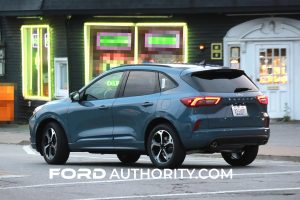