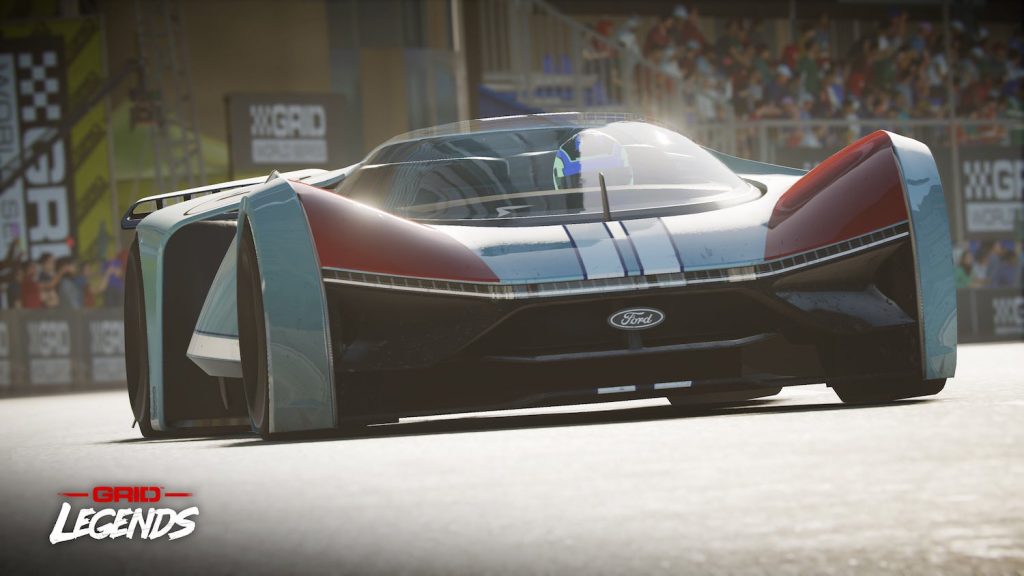 The Team Fordzilla P1 racer has undergone a pretty wild journey since it was revealed in virtual form following a collaborative design process with fans back in August 2020, and that same December, the real-life version was unveiled. Since then, the Team Fordzilla P1 racer has evolved into a full-scale playable video game simulator and an HP-powered streaming platform, and most recently, it was resprayed in a special experimental reflective paint. Now, the P1 is joining a host of other Blue Oval products in video game form – a list that includes the Ford Bronco Sport Badlands in Riders Republic, the Ford Mustang Mach-E, Ford Mustang Shelby GT350R, and Ford F-150 in Rocket League, and the Mach-E 1400 and Ford Bronco in Forza 5 – by appearing in Grid Legends. 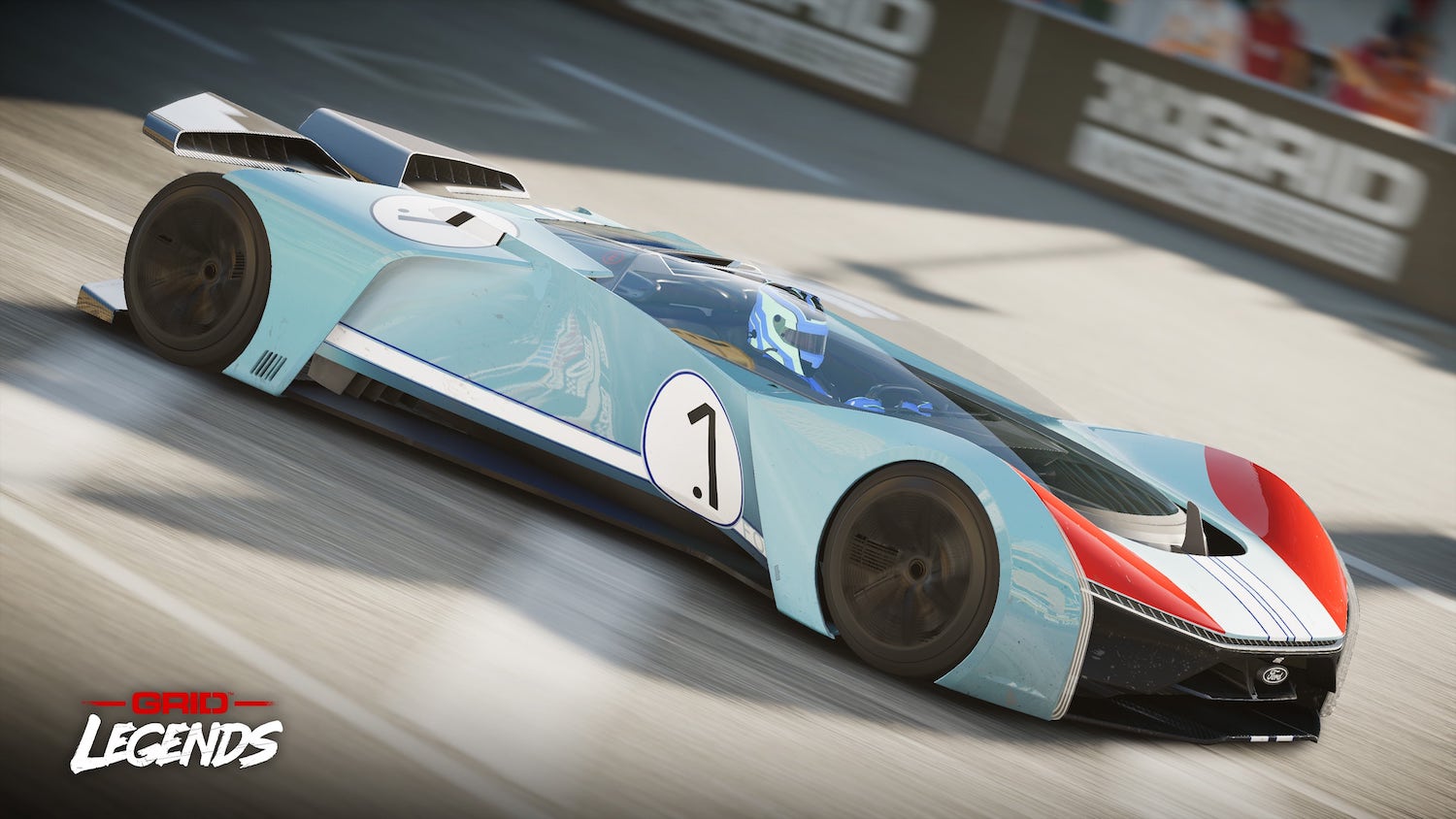 Grid Legends is a racing game from Codemasters and Electronic Arts that features a career mode with over 250 events, a hop-in cross-platform multiplayer mode, and a story mode dubbed “Driven to Glory” – which combines virtual production technology and gameplay as players compete for the Grid World Series. Grid Legends is available on Xbox, PlayStation, and PC.

The Team Fordzilla P1 racer is available for gamers to acquire in Grid Legends as free downloadable content starting today in the game’s Trackday Hypercars class. An in-game event will also accompany the debut of the car, where players can compete to achieve the fastest lap time. Those figure to be pretty quick, given the fact that the P1 racer cranks out 1,050 horsepower and has a top speed of 220 miles-per-hour in this particular guise. To celebrate this occasion, the real-life P1 racer is also on-hand at the 2022 Goodwood Festival of Speed this week, where attendees will be able to sit in the cockpit and operate the vehicle’s simulator. 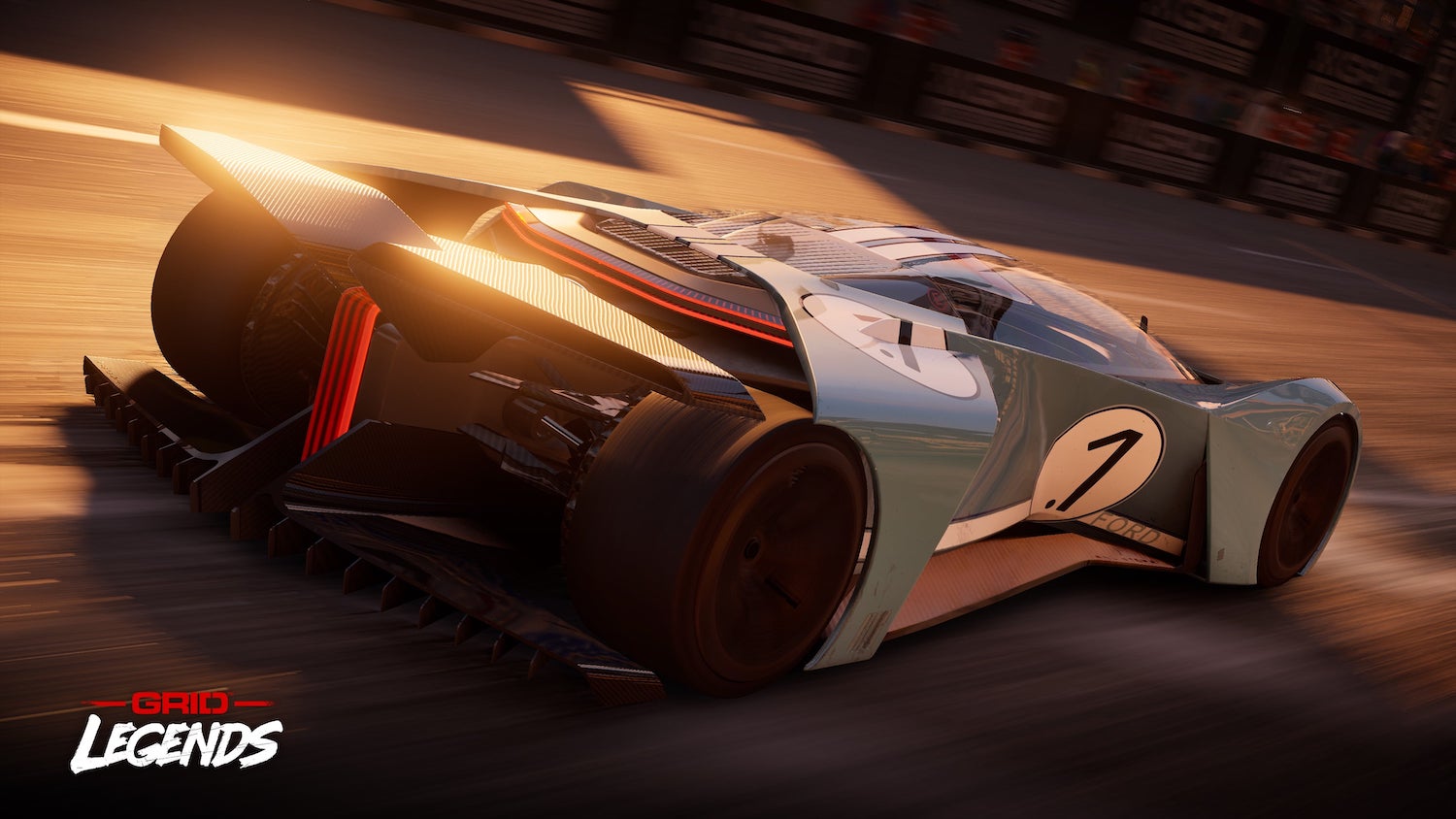 “We’ve now come full circle – what started as a promise has now been realized by giving the TFZ-P1 race car back into the hands of gamers,” said Boris Ferko, design manager, Ford of Europe. “On top of that, we’re also creating the ultimate experience of driving the TFZ-P1 race car in Grid Legends while sitting in the actual race car itself. You really have to experience the drive to see how cool this actually is. With Season 1 of the TFZ-P1 project we’ve only started to scratch the surface of what’s possible and we’ll continue to further blur the boundaries between digital and real worlds in the future.”

We’ll have more on the Team Fordzilla P1 racer soon, so be sure and subscribe to Ford Authority for ongoing Ford news coverage.