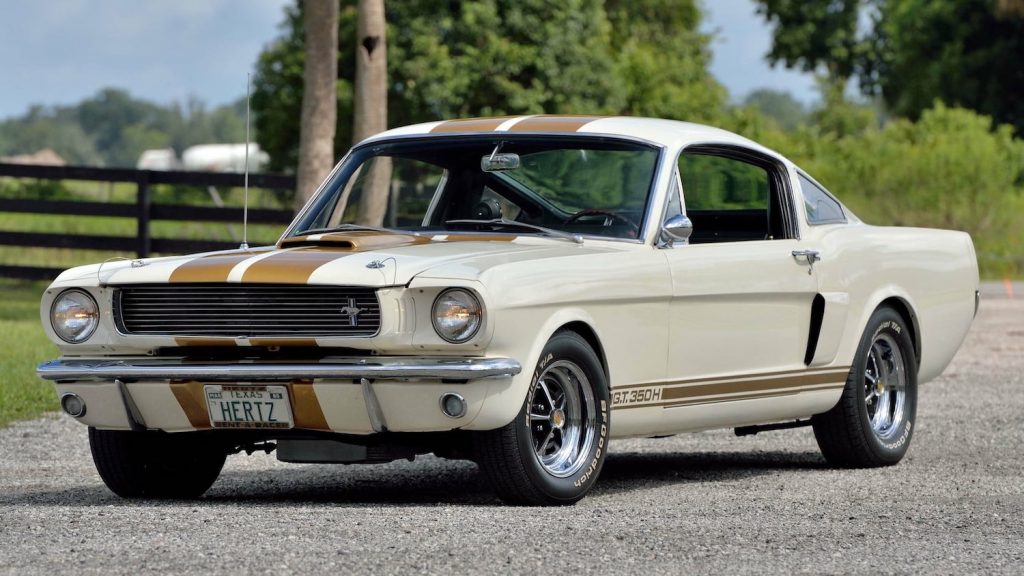 At Mecum’s Kissimmee, Florida auction back in January, a very special and quite rare 1966 Ford Mustang Shelby GT350H crossed the block looking for big bucks. In spite of the red-hot collector car market, that didn’t quite come to fruition, however, as that particular car only garnered a high bid of $130,00 and failed to meet its reserve price. Now, that same 1966 Ford Mustang Shelby GT350H will give it another go at this weekend’s Mecum auction in Orlando. 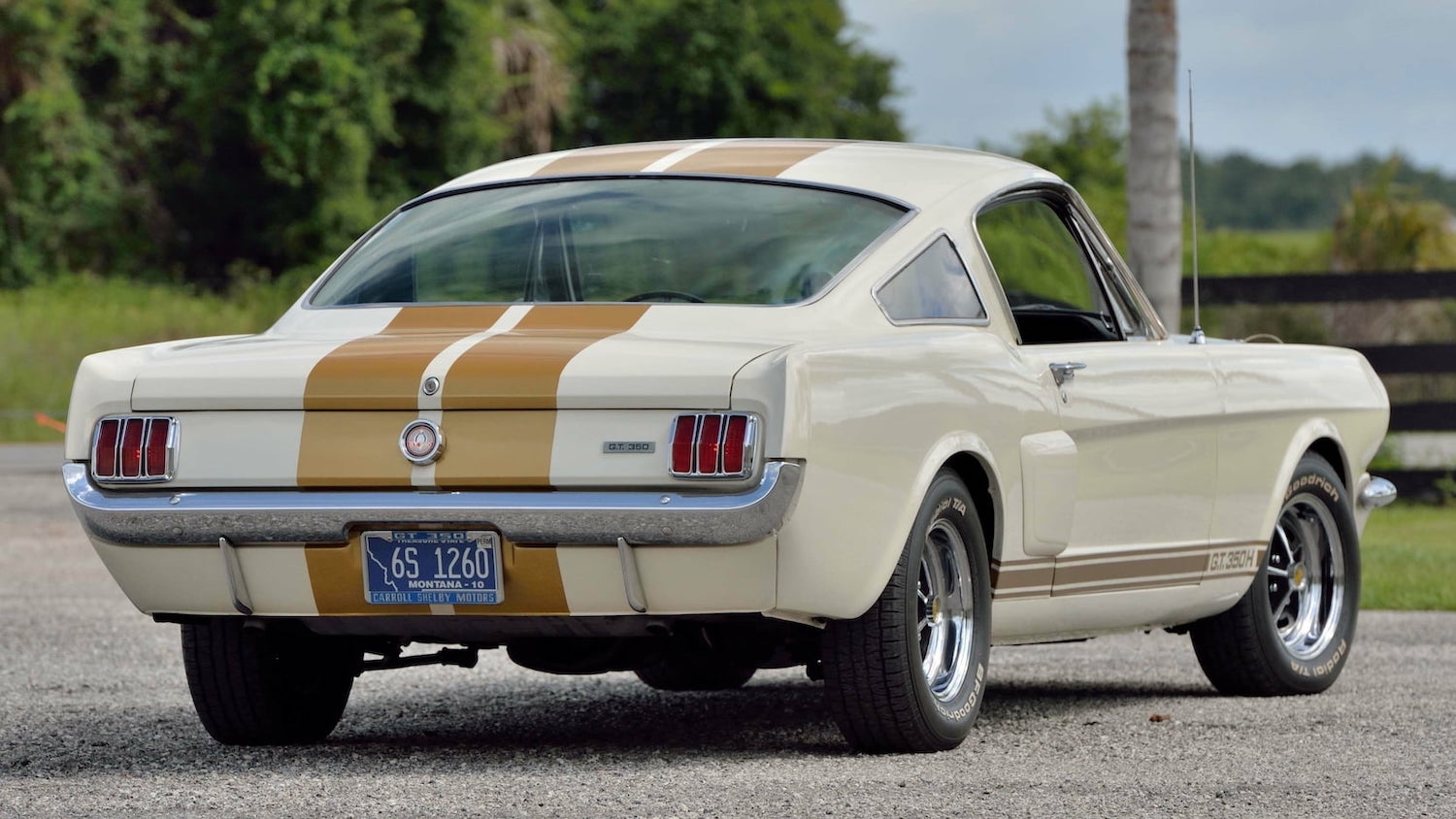 While most picture a black and gold paint scheme when they think of Shelby and Hertz’s iconic Rent-A-Racers, this particular example is one of just 71 produced in Wimbledon White, which is accented by gold stripes. A grand total of 1,000 GT350H models were built in 1966, and only 244 were painted colors other than black and gold, so this is a rare machine, indeed. But that isn’t the only thing that makes this particular car a truly special find. 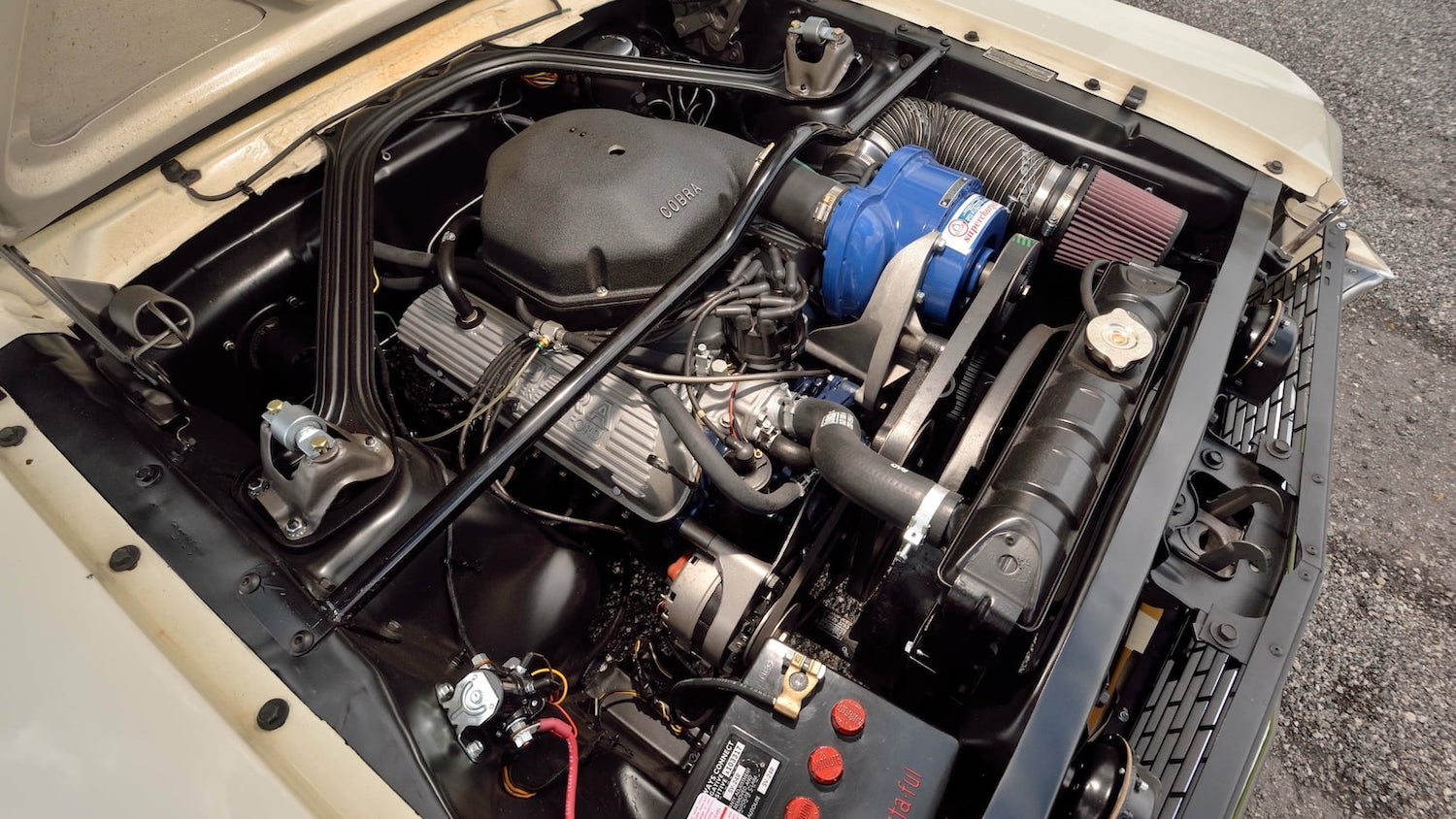 Fresh off an extensive restoration, this 1966 Shelby GT350H is equipped with the Ford 289 cubic-inch V8, which has been treated to Shelby’s 306 horsepower Cobra modifications – including an aluminum intake, an Autolite four-barrel carburetor, and and Tri-Y headers, though a period-correct Paxton supercharger has also been added for extra juice. The hi-po powerplant is mated to a four-speed automatic transmission, which sends power back to the rear wheels via a 9-inch rear end. 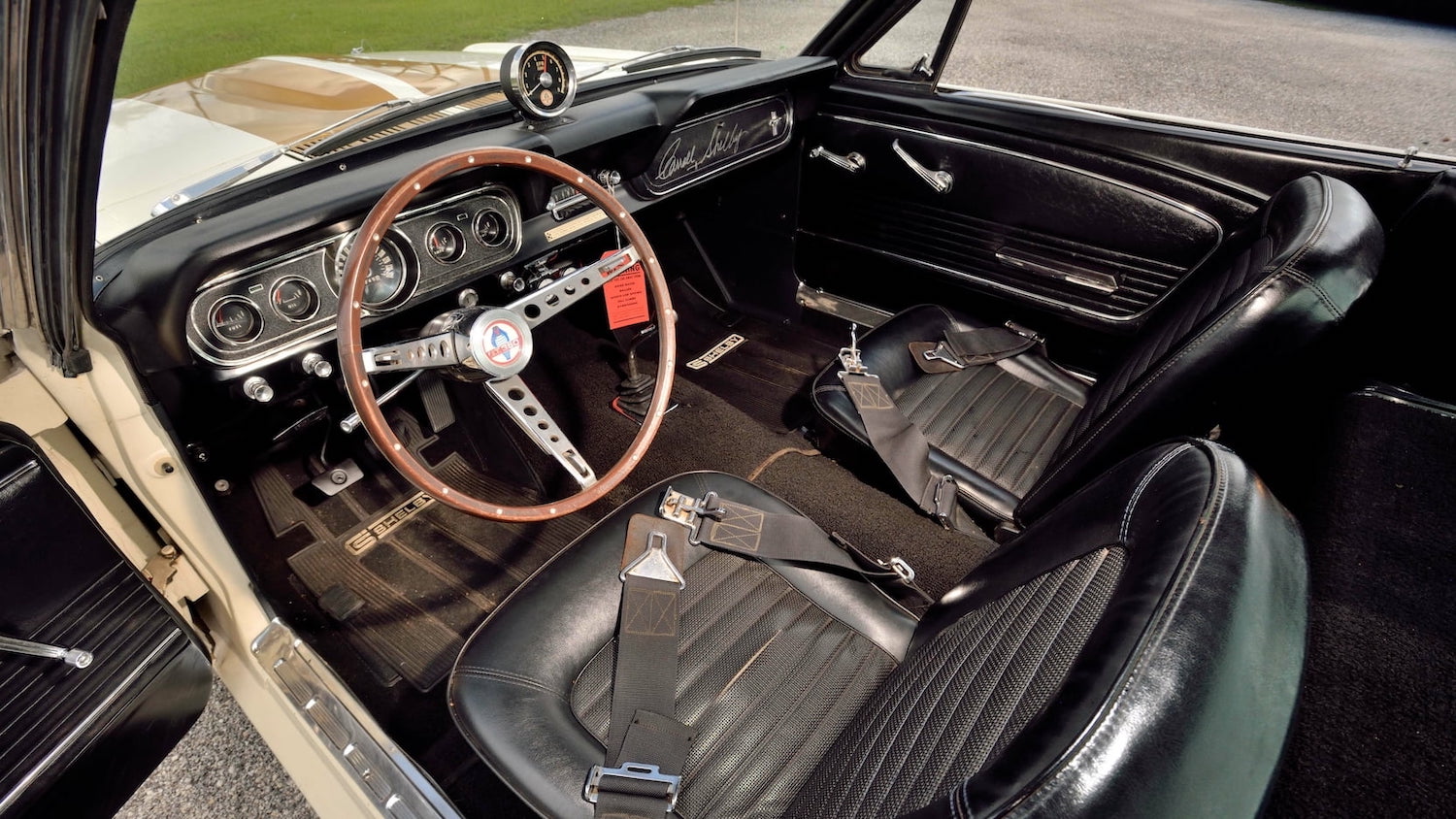 In addition to those power upgrades, Shelby also treated its Rent-A-Racer to a host of suspension modifications including Koni shocks, traction bars, an export brace, and a “Monte Carlo” bar in the engine compartment. This particular example also comes with stacks of documentation, including ownership history dating back to 1972, restoration info, a listing in the Shelby Registry, the original Shelby VIN plate, and shipping documents. Whether or not it sells at auction this time around remains to be seen, but there’s no denying just how special this particular GT350H truly is.

We’ll have more cool auction finds like this to share soon, so be sure and subscribe to Ford Authority for the latest Ford Mustang news and around-the-clock Ford news coverage.