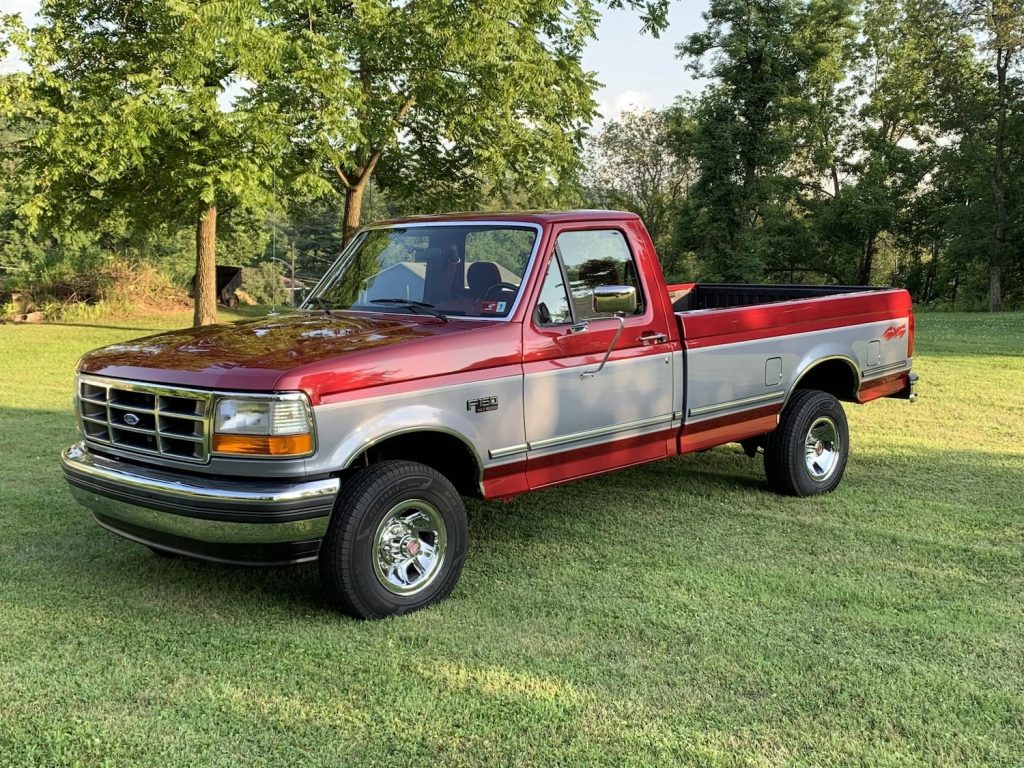 With collector interest and values in old pickups skyrocketing in recent years, we’re beginning to see more and more low-mile examples emerge for sale, for obvious reasons. Vintage pickups are bringing big bucks at auction these days, though we aren’t just talking about the 1970s and prior anymore – trucks from the 1990s are beginning to creep up in value, too. That will likely include this gorgeous 1994 Ford F-150 XLT Lariat currently listed for sale at Bring a Trailer, as it has just 17k miles on the clock and looks almost as good as new. 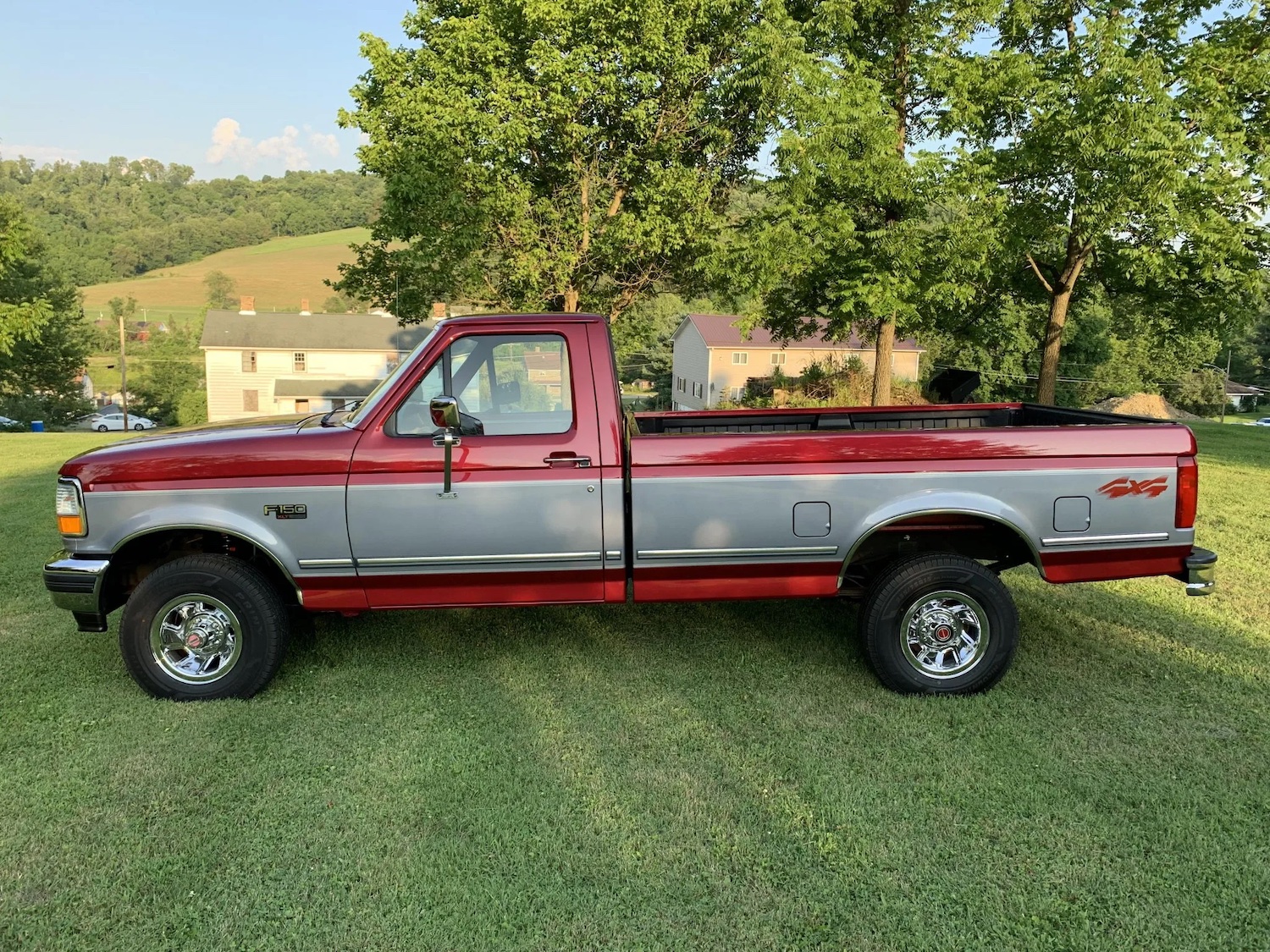 As one might expect from that low mileage total, this 1994 Ford F-150 is in simply stellar condition, inside and out. The four-wheel drive pickup was also a one-owner vehicle until this past April, when it was purchased by the selling dealer. On the outside, the truck sports a classic two-tone paint job consisting of Electric Red Clearcoat Metallic and Light Opal Clearcoat Metallic, though there are a few requisite rock chips here and there. 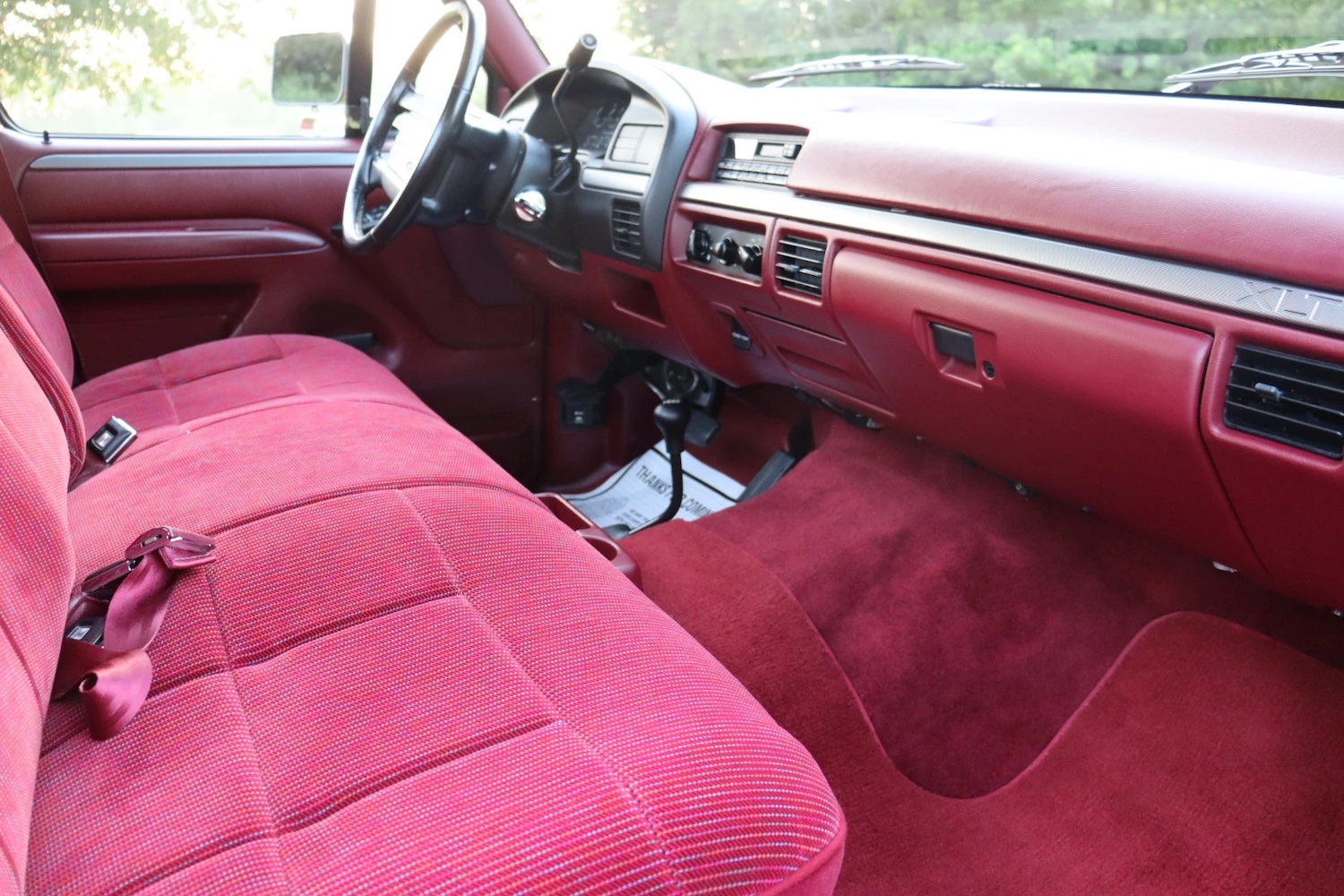 The interior is equally sanitary, finished in Ruby Red with a cloth bench seat, a leather-wrapped steering wheel, cruise control, air conditioning, an AM/FM cassette stereo, and power windows and door locks. It may not seem like much by today’s lofty standards, but this was the epitome of pickup truck luxury just a few decades ago. 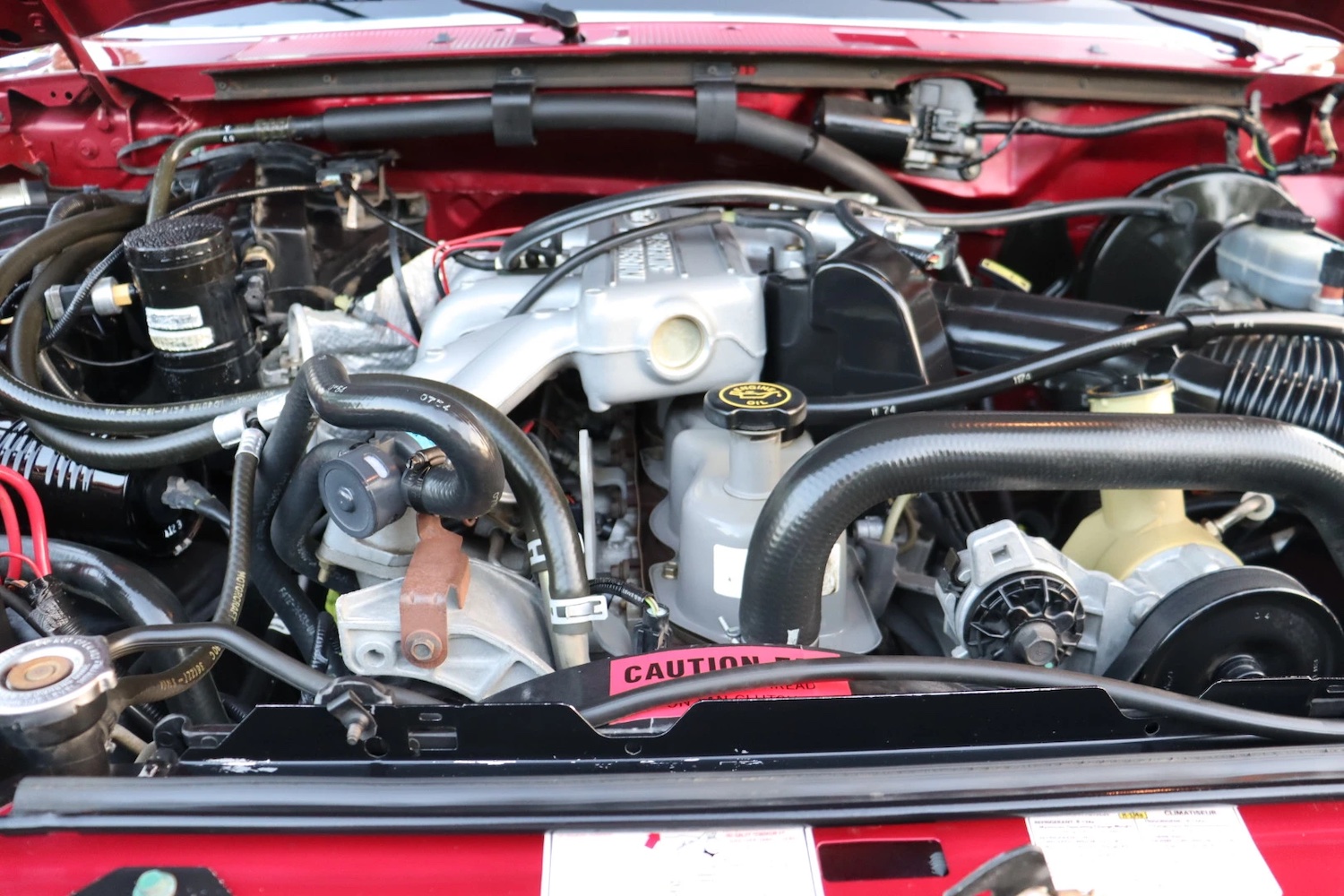 This particular F-150 isn’t powered by some V8, but rather, Ford’s 4.9L inline-six cylinder powerplant, which was origninally rated to produce a modest 150 horsepower and 260 pound-feet of torque. That power flows to either the rear or all four wheels via a dual-range transfer case, four-speed automatic transmission, and limited slip differentials. 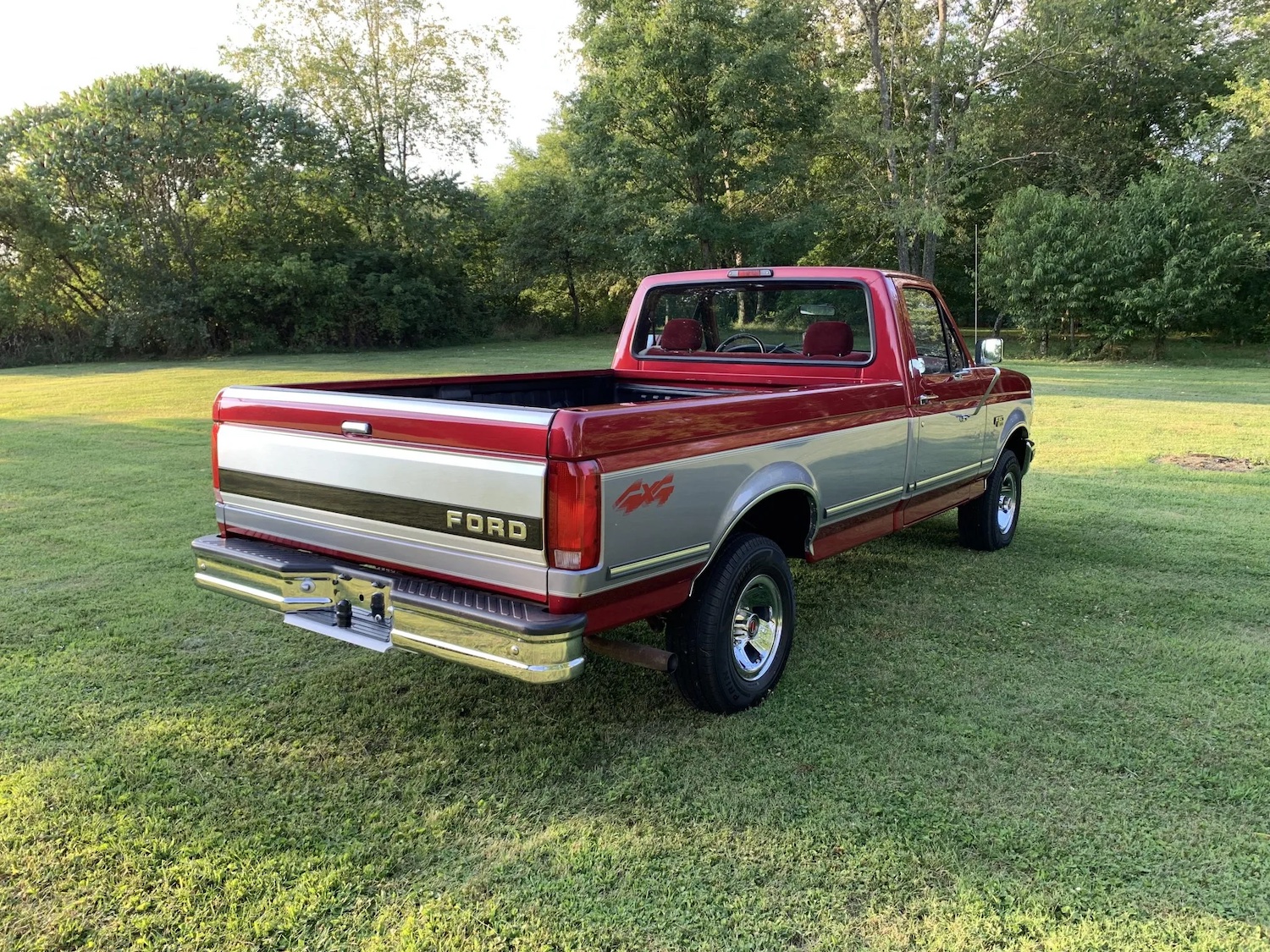 This well-equipped pickup had an original sticker price of $21,675 – a bit high given the era – but when the hammer falls on this particular auction, we imagine that it will sell for a bit more than that, at the very least.

We’ll have more cool auction finds like this to share soon, so be sure and subscribe to Ford Authority for the latest Ford F-Series news, Ford F-150 news, and ongoing Ford news coverage.