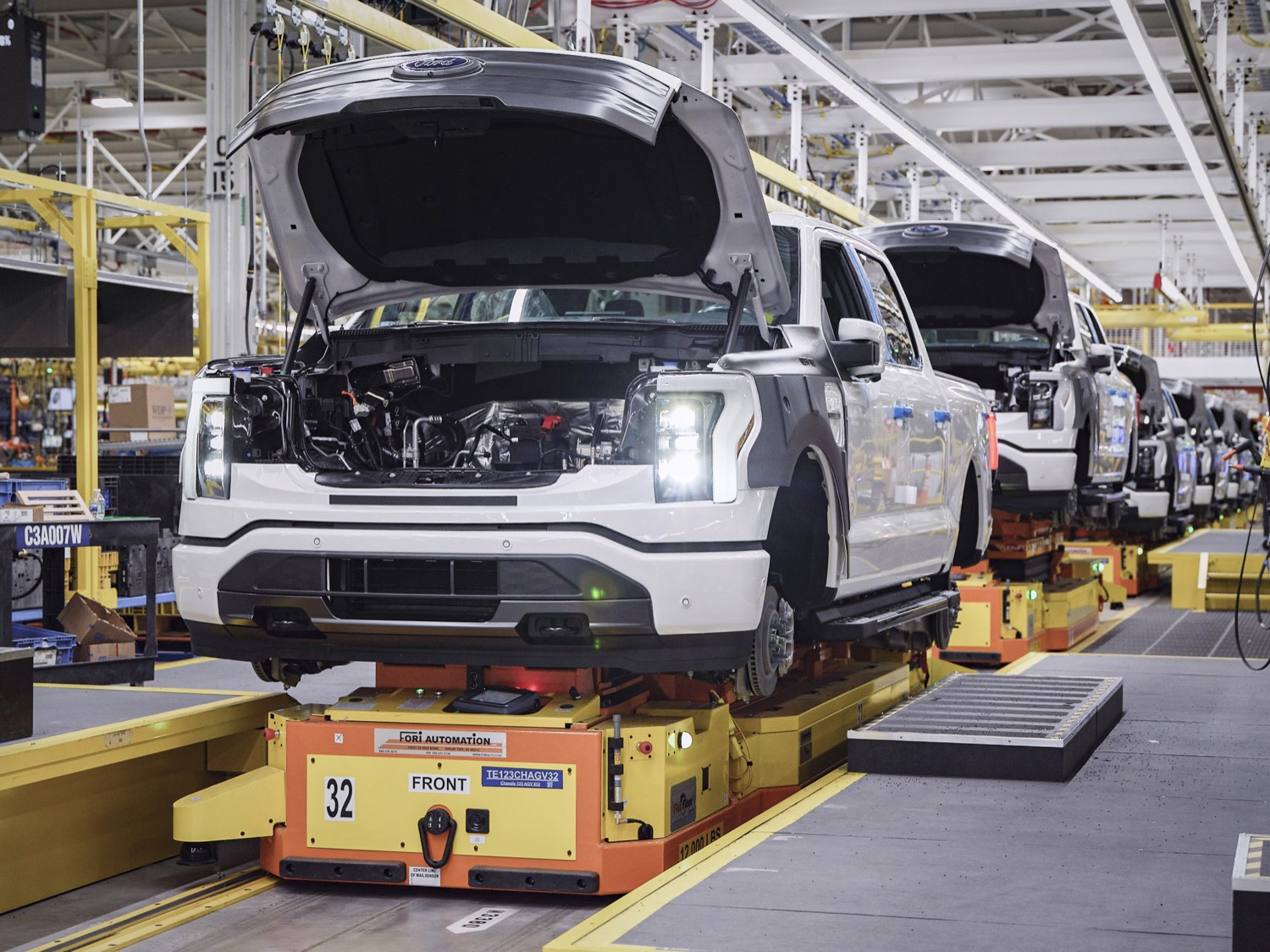 Back in early April, FoMoCo released some pretty interesting information regarding the unique assembly process of the 2022 Ford F-150 Lightning, which takes place at the brand new Rouge Electric Vehicle Center. Unlike traditional automotive plants, the Rouge facility doesn’t use assembly lines, and instead employs autonomous sleds that move the truck from station to station throughout the assembly process. However, the video below explores this fascinating job in a bit more detail. 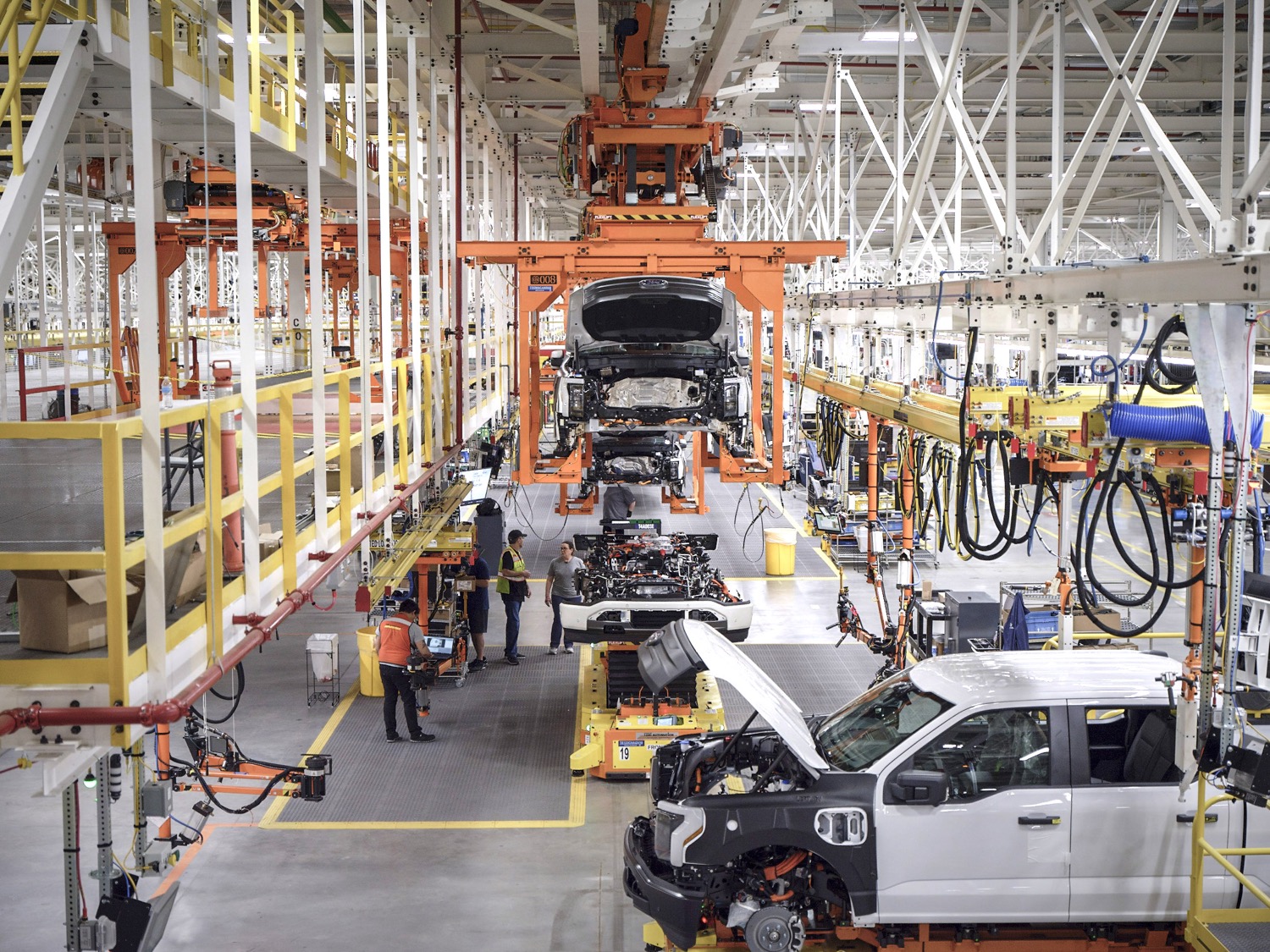 As plant manager Corey Williams explains in the video, the Rouge facility was designed to be flexible and with workers in mind. As he and chief engineer Linda Zhang walk through the plant, we get to see the robots that install the Lightning’s high-voltage battery pack into the frame, which is assembled upside down before robots flip it over and send it on to the next station. 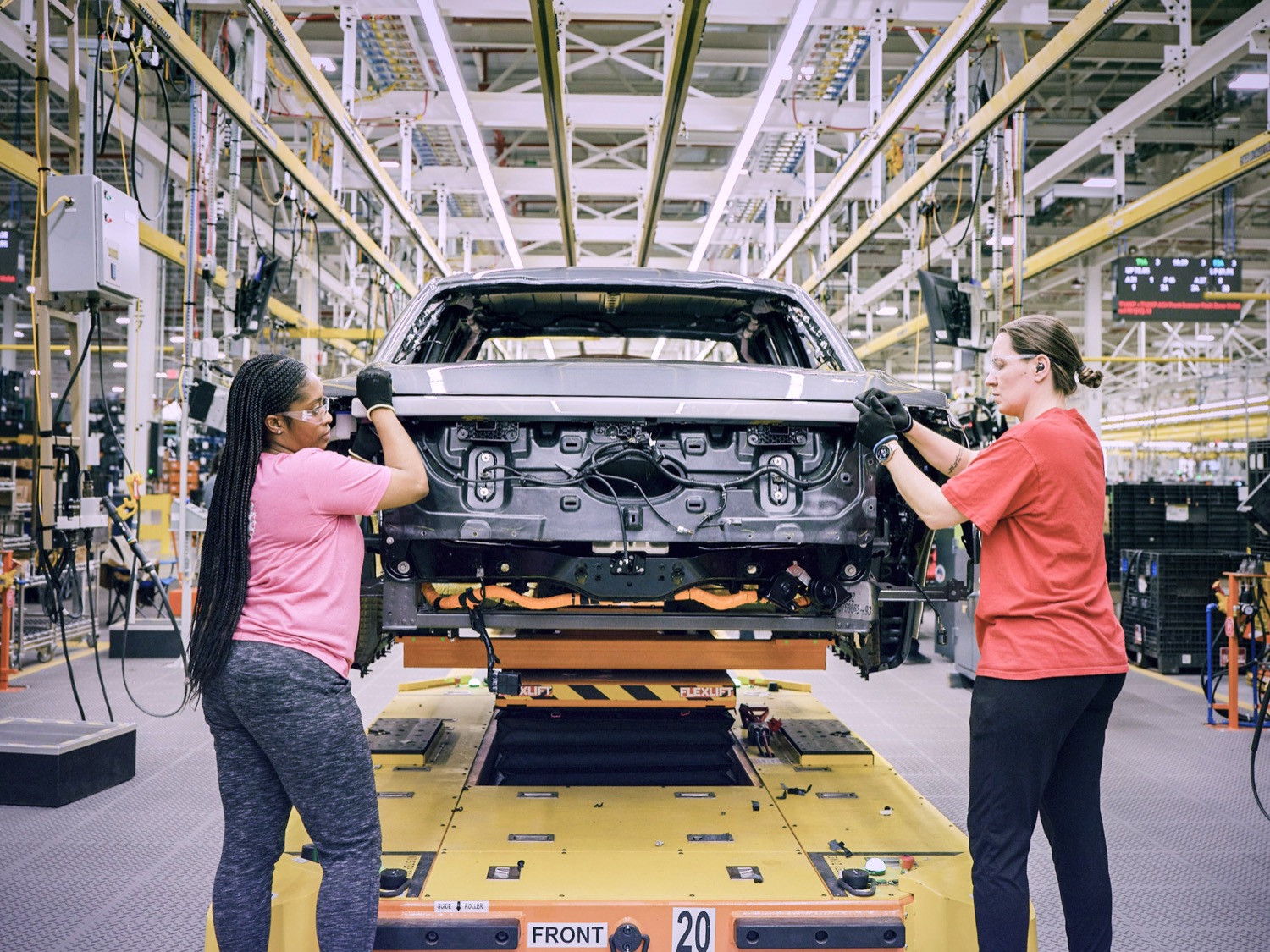 Once the frame is fully assembled with the battery, electric motors, suspension, and other necessary components, it’s placed on one of Ford’s automated sleds and taken to another area, where the cab is mated to the frame by both robots and workers in unison. It’s a truly fascinating process, and one that deviates a bit from the traditional assembly line method of building a vehicle.

Ford built its Rouge plant in roughly one year, but due to higher than expected demand, it will ramp up production of the F-150 Lightning by nearly double its current capacity to 150,000 units annually by mid-2023, as Ford Authority previously reported. Currently, the automaker is facing a large backlog of reservations that will see only a small percentage of interested customers take delivery for the 2022 model year, as the EV pickup is officially sold out.