The 2023 model year will represent the third for the sixth-generation Ford Bronco, but The Blue Oval was keen to make multiple changes to the 2022 lineup, and that appears to also be the case for the forthcoming 2023 model year. In addition to new colors, at least one or two new models is expected to join the lineup, and that may include a mysterious new variant dubbed the 2023 Ford Bronco Oates, as a Bronco6G member discovered recently via an official National Highway Traffic Safety Administration (NHTSA) document. 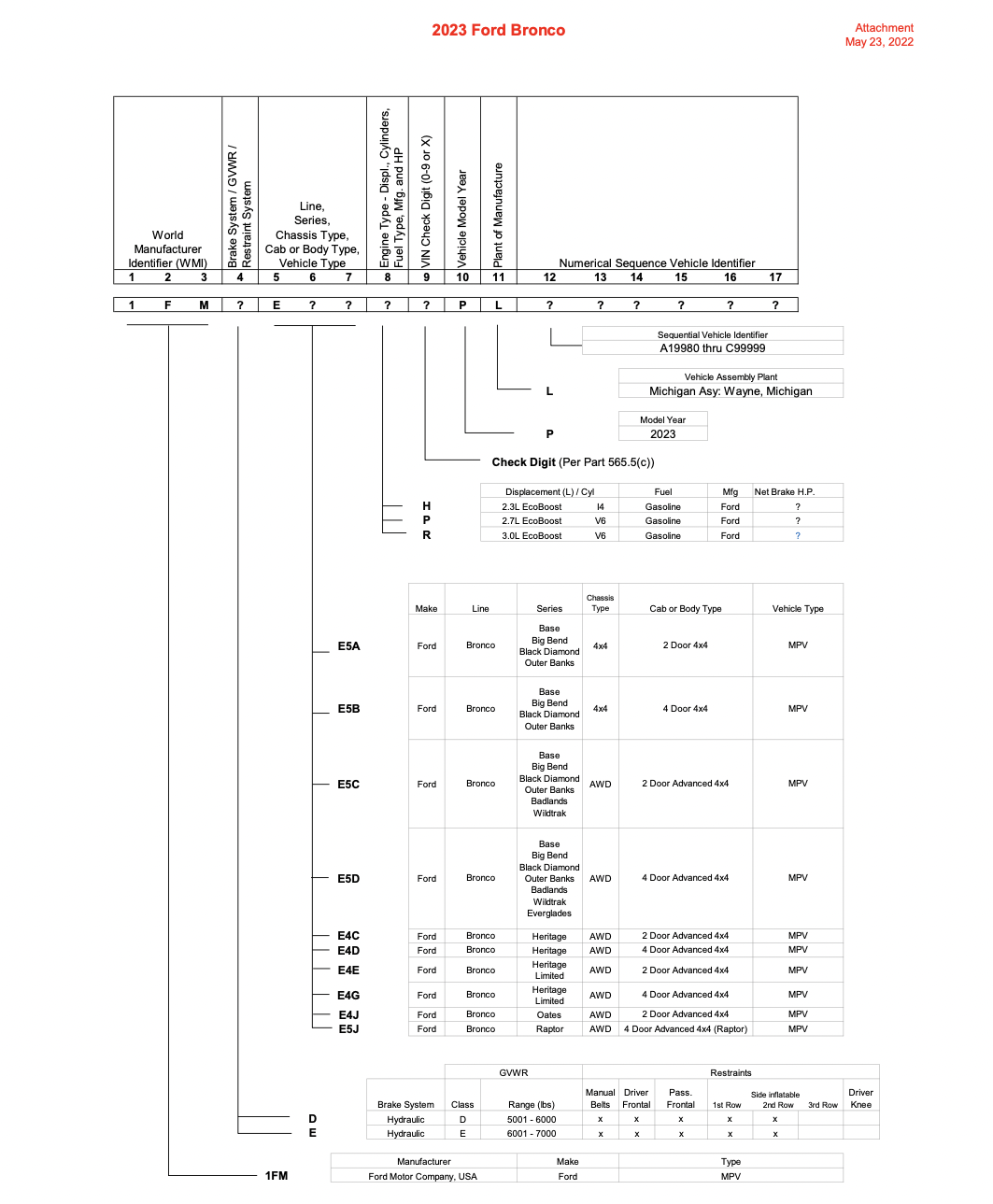 This VIN decoder lists all of the upcoming trims for the Bronco, which includes the Heritage Edition, a retro-inspired model that Ford Authority spies have spotted not just once, but twice in recent weeks. The Heritage is listed as being available in both two- and four-door configurations, with advanced four-wheel drive in both cases. A Heritage Limited model is also listed on this document, previewing what could be a more luxurious version of that new variant.

However, what’s particularly interesting about this document is the mysterious 2023 Ford Bronco Oates model, which slots in between the Heritage Limited and the range-topping Ford Bronco Raptor on this particular list. The Oates is listed as a two-door model only with advanced four-wheel drive, but otherwise, details are scant. The name itself is a bit strange, conjuring up memories of the band Hall & Oates, but it could also simply be code for something entirely different.

What that might be is anyone’s guess until order banks for the new model year open next month, though more than a few people think that the 2023 Ford Bronco Oates could be a racier, two-door version of the rugged off-roader, perhaps even with some Bronco Raptor bits. Of course, that’s nothing more than pure speculation, but we’d certainly love to see a street-legal version of the Bronco DR racer, if nothing else.

We’ll have more on the mysterious Bronco Oates soon, so be sure and subscribe to Ford Authority for more Ford Bronco news and comprehensive Ford news coverage.