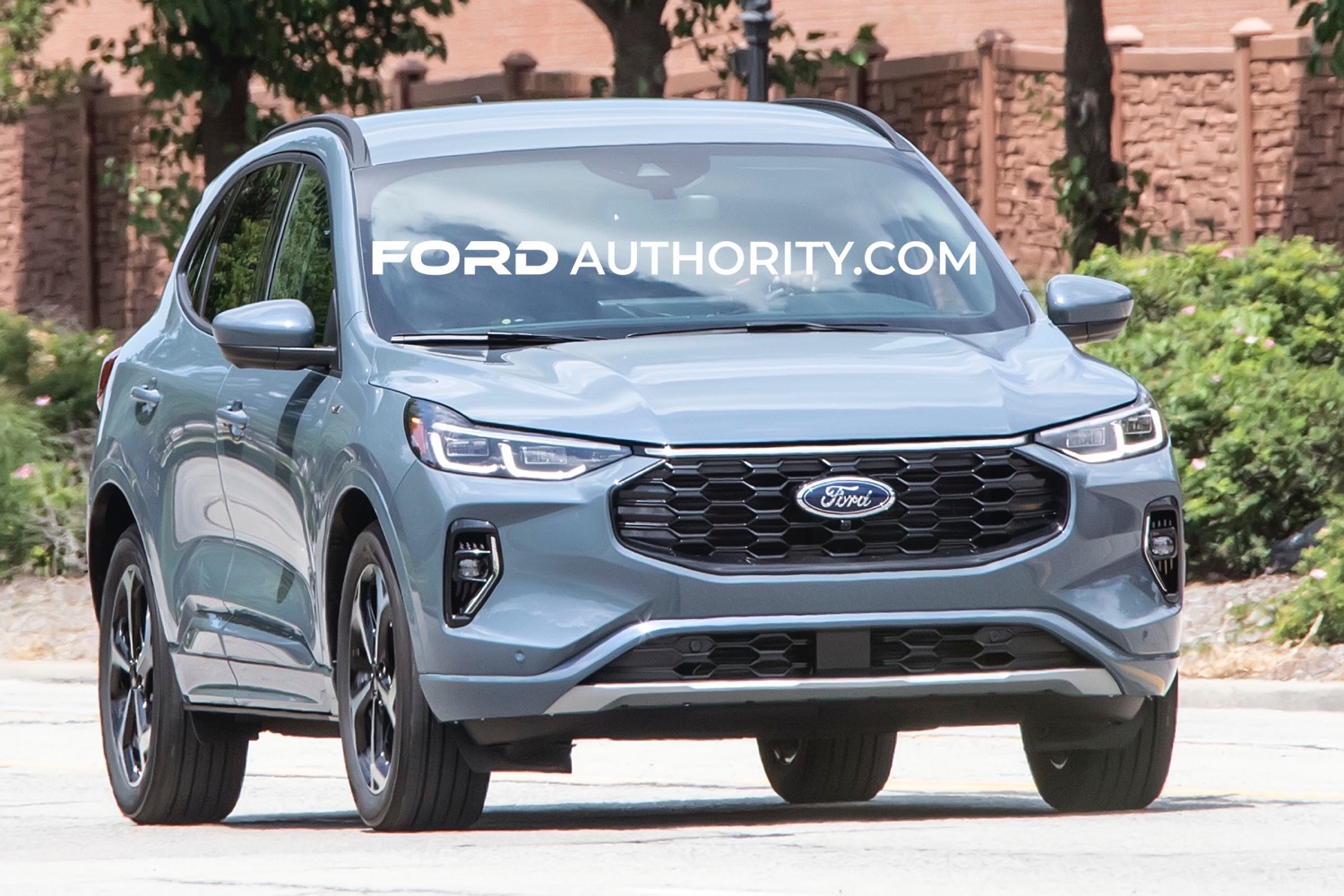 To date, Ford Authority spies have spotted multiple 2023 Ford Escape prototypes driving around wearing various states of disguise, with the most recent pair of sightings consisting of two totally uncovered ST-Line models, and earlier today, a camo-free Active model. Aside from some exterior updates, the refreshed Escape will also tout an updated interior design with a large touchscreen, as Ford Authority reported last November, and now, our spies have captured photos of the refreshed 2023 Ford Escape interior that show off the new screen, as well as some other features. 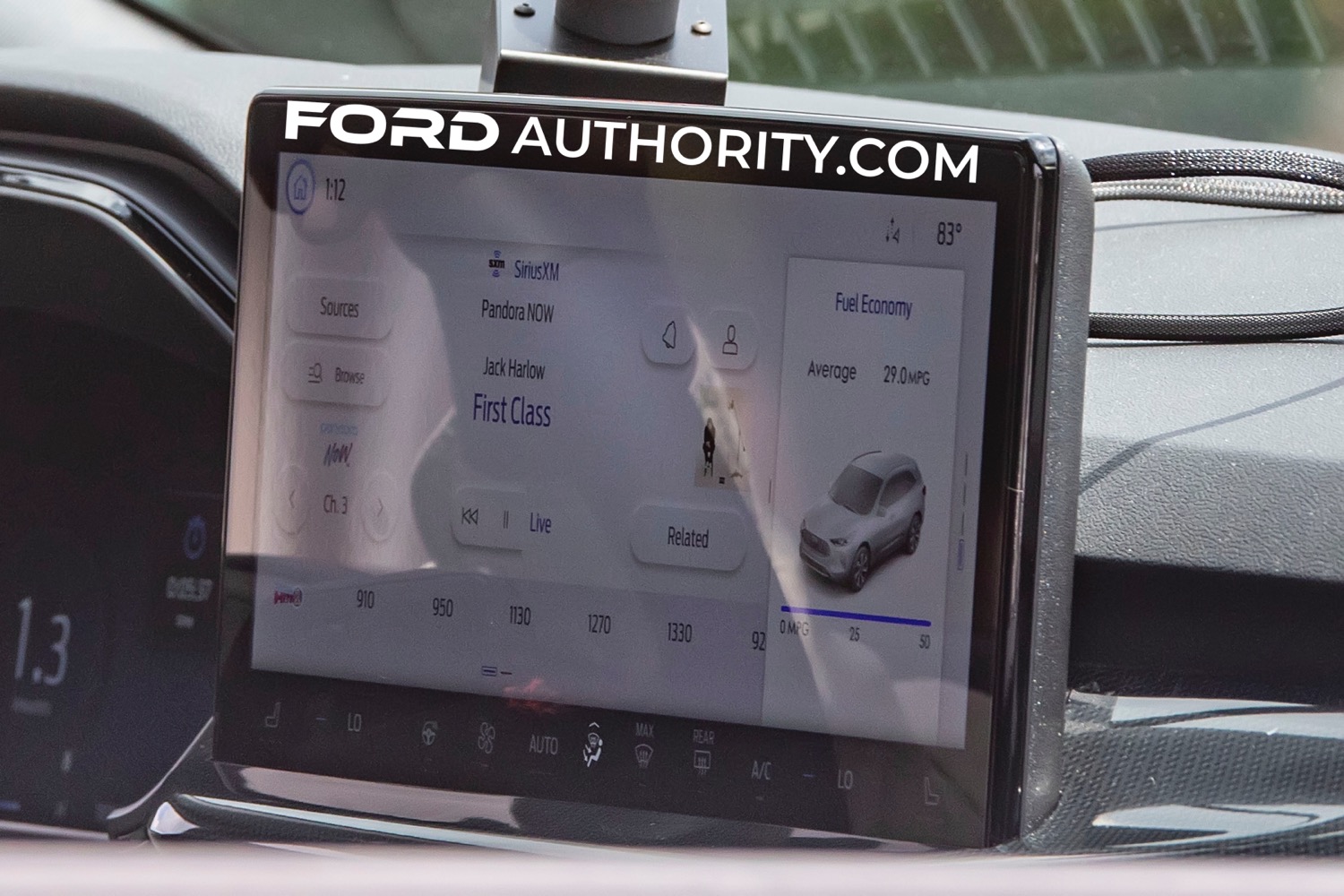 The most obvious change present in these photos of the 2023 Ford Escape interior is the presence of a large infotainment screen, which looks like the same 13.2-inch unit that debuted in the refreshed 2022 Ford Focus. The screen has the same capacitive touch buttons as the Focus, and is also running a similar version of SYNC 4. It’s possible that this touchscreen will be available as an option, as this particular Escape appears to be an ST-Line model. 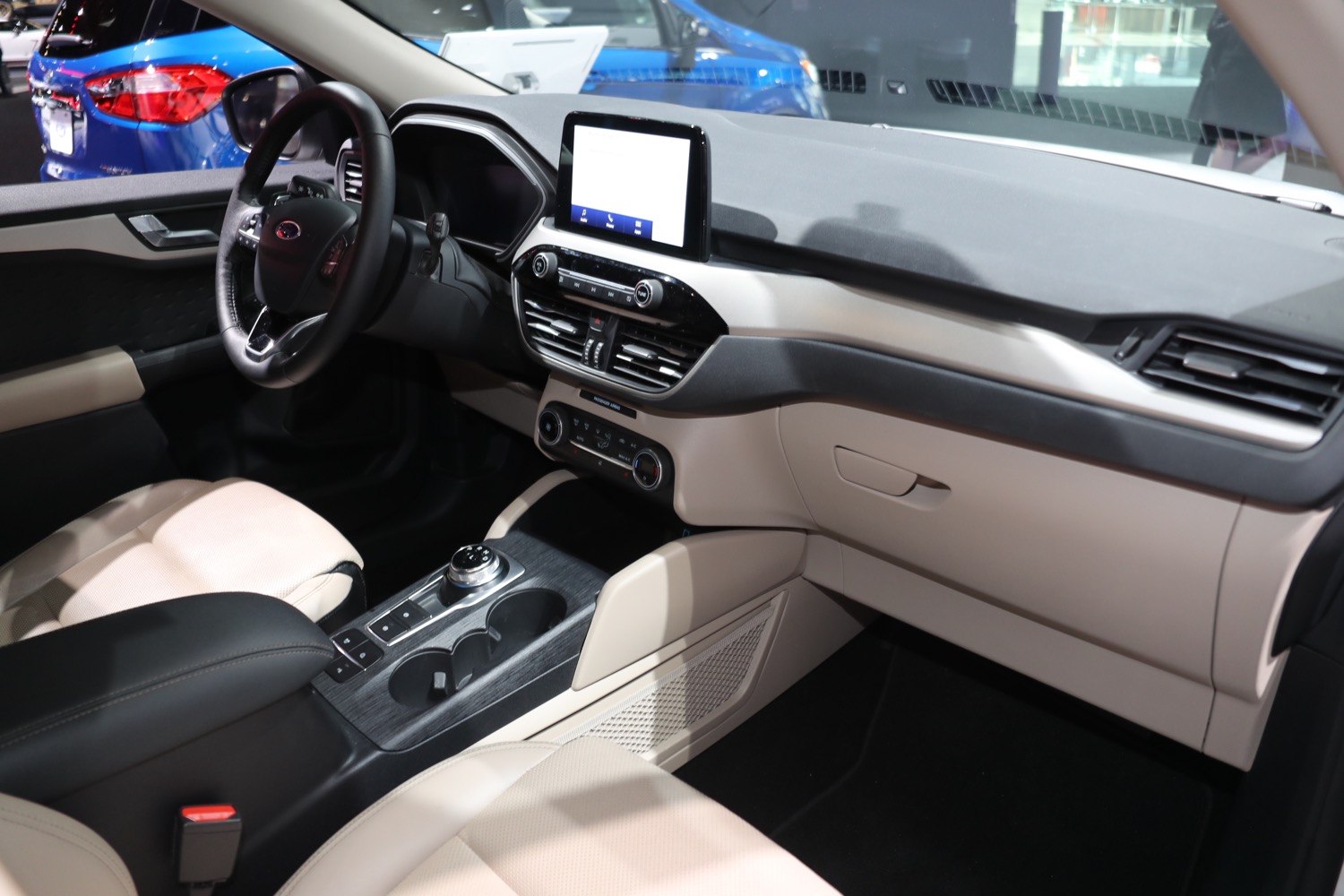 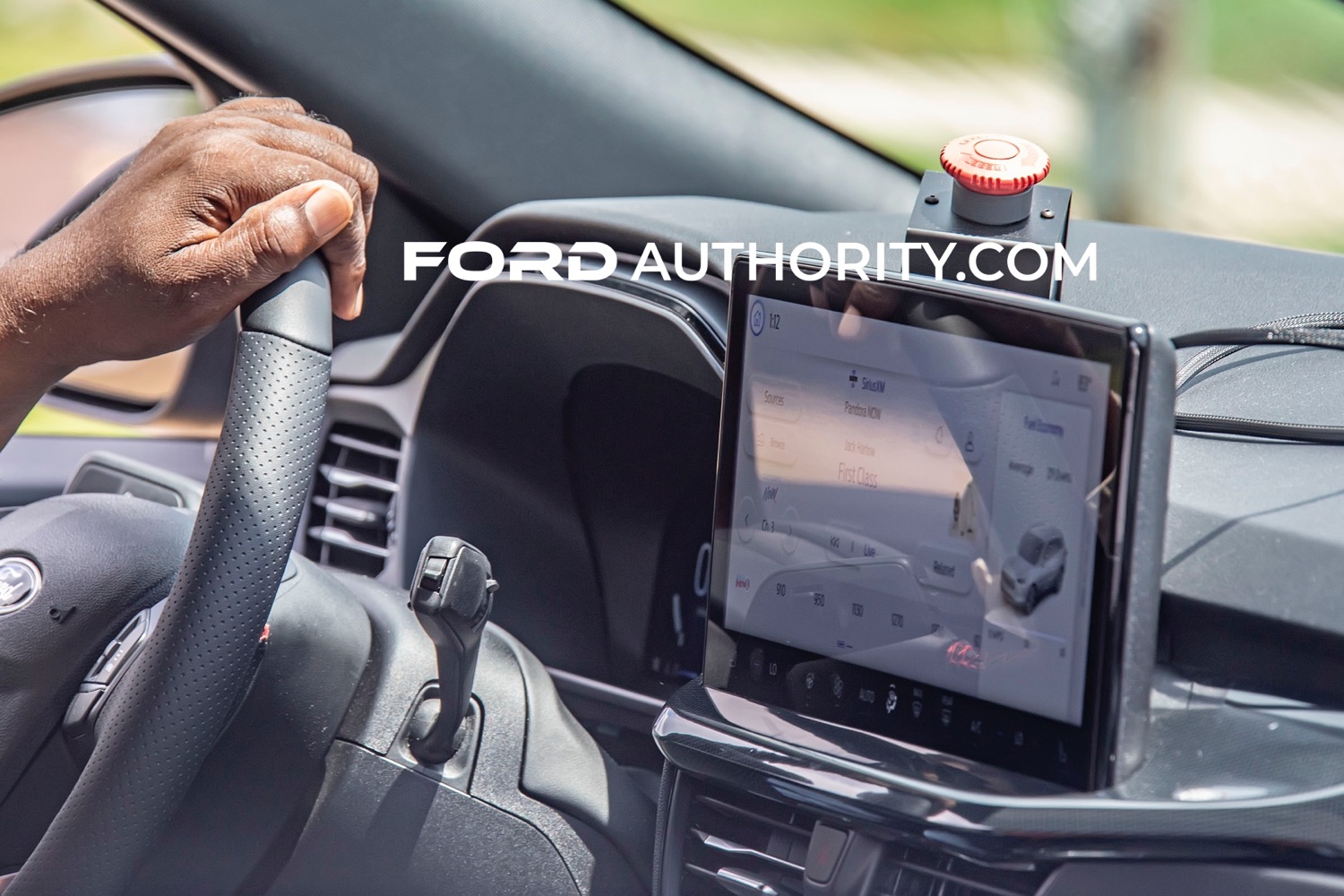 As we can see in this side-by-side comparison, the larger infotainment screen isn’t the only difference between the current Escape and the refreshed 2023 model. The newer version touts a digital instrument cluster that’s similar to the units already available in the Ford F-150 and Ford Bronco Raptor, with the same sort of updated aesthetic. This Escape also seems to be equipped with the same flat-bottom steering wheel as the Focus. 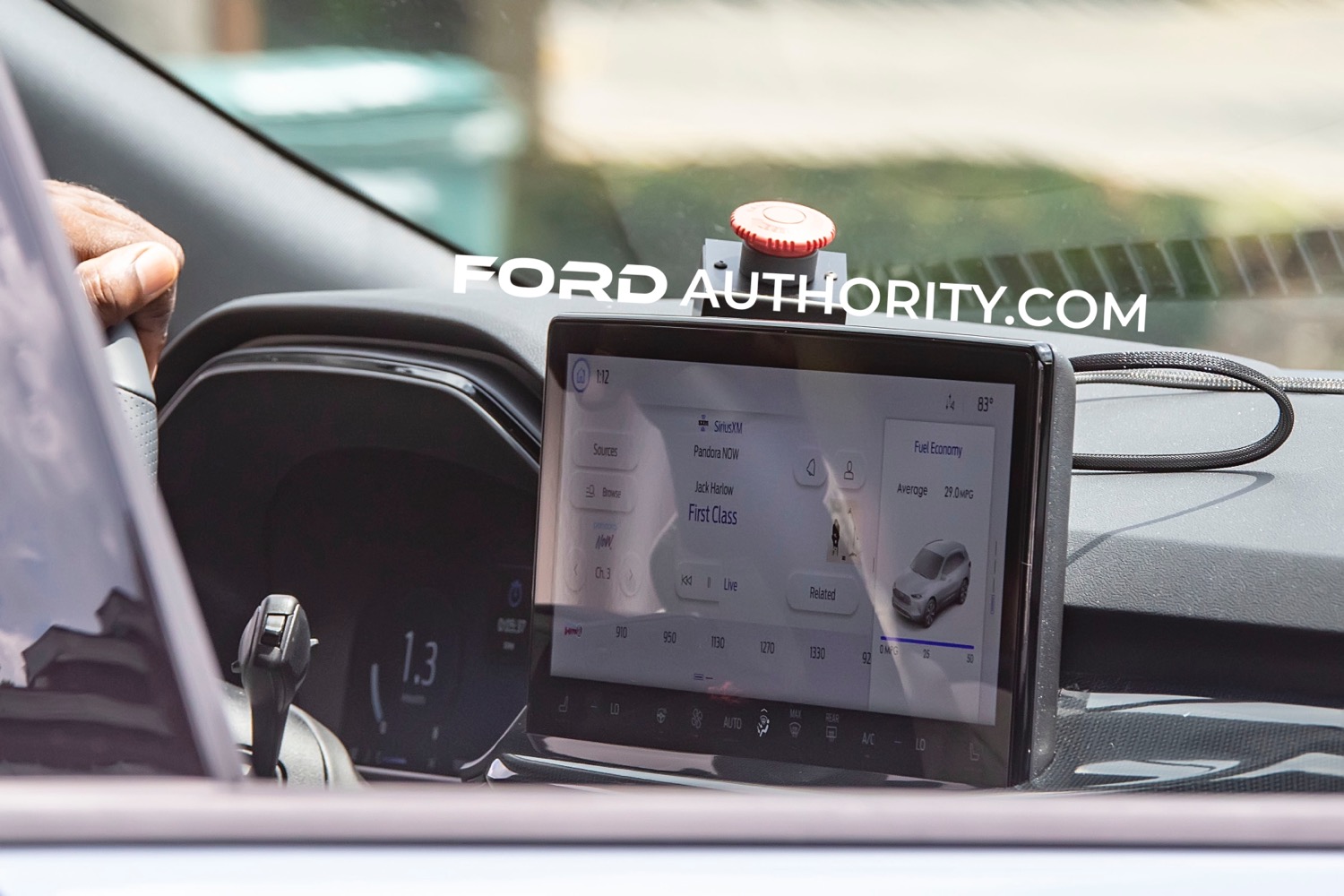 It’s worth noting that the presence of capacitive buttons on the infotainment screen like mean that the HVAC buttons on the current model are going away, as is also the case with the refreshed 2022 Focus. In that model, the HVAC vents are located directly underneath the screen, with the engine start/stop, volume control, and just four physical buttons beneath the vents. It’s unclear if the Escape will follow suit, but there are many similarities between the two models that we can clearly see in these photos. 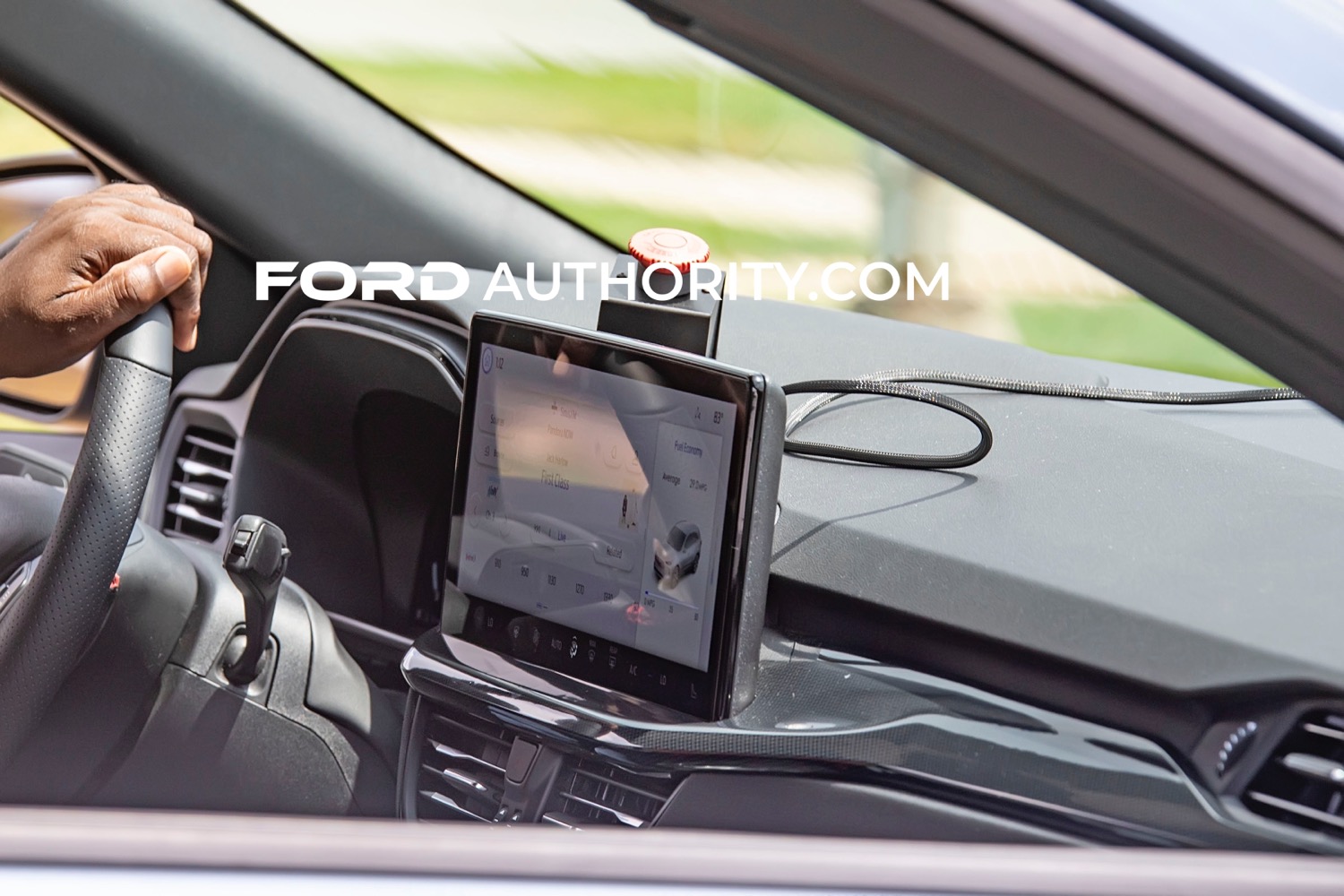 As Ford Authority reported last month, 2023 Escape order books are scheduled to open in September, with production kicking off a couple of months later in November, so we won’t have to wait much longer to see the refreshed crossover’s interior in its entirety. 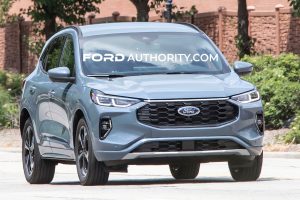 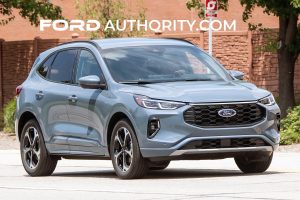 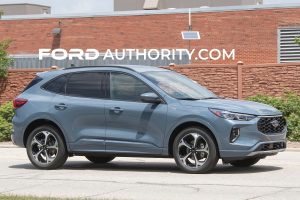 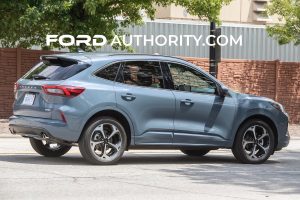 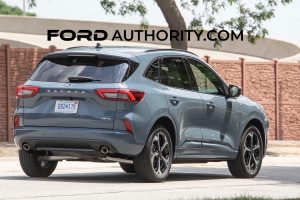 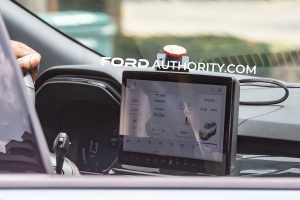 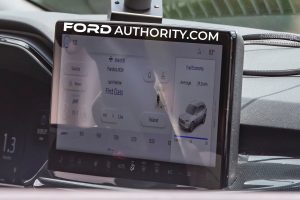 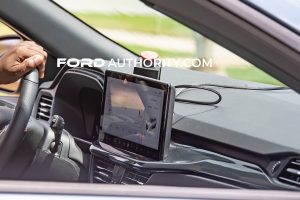 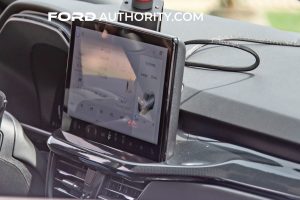 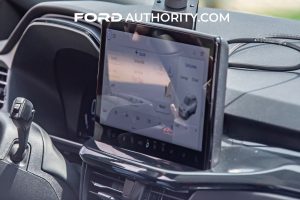