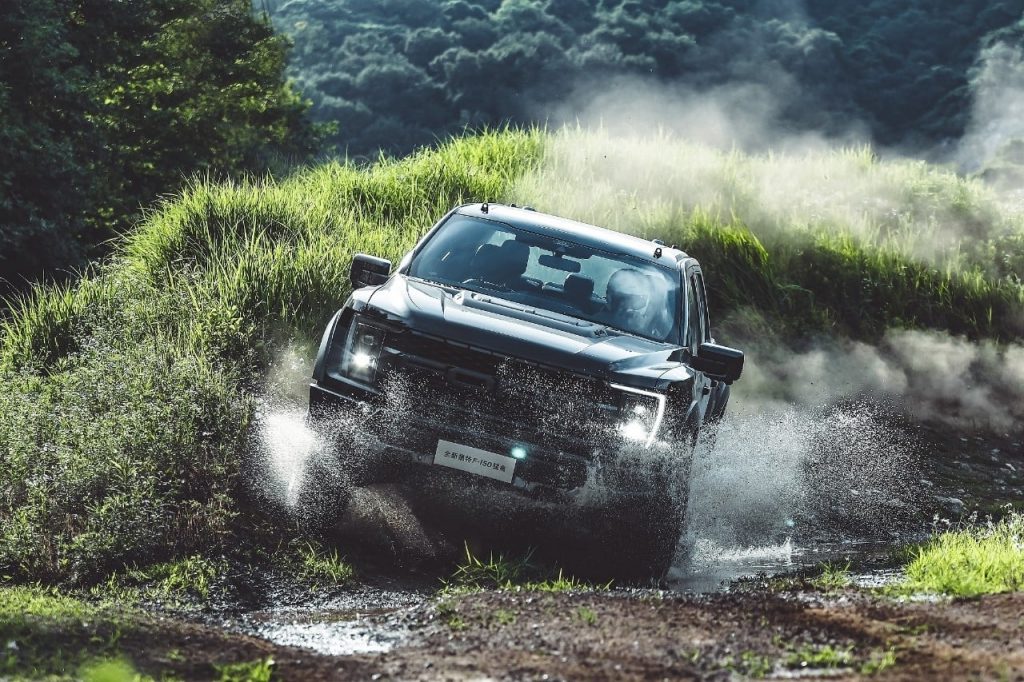 To be more precise, the 2023 F-150 Raptor will start at $75,775, which is $5,220 more than the 2022 Raptor’s starting price of $70,555, while destination and delivery charges remain unchanged at $1,795. However, it is worth noting that this extra money also nets buyers more equipment, including a heated steering wheel, second-row heated seats, the Forward Sensing System, a power tilt and telescoping steering column with memory function, B&O Unleashed sound system with 18 speakers, universal garage door opener, and wireless charging pad inside, as well as rain-sensing wipers, a “Ford” tailgate appliqué, and LED projector headlamps with dynamic bending on the outside.

In addition to this price change, the XL, F-150 Raptor, and F-150 Tremor have all nixed their entry-level Equipment Groups as well, making each a bit more expensive. Otherwise, the 2023 Ford F-150 lineup is set to gain a few new models – including the Rattler, Heritage Edition, and Ford F-150 Raptor R – while the F-150 Tremor will now come standard with the Ford 5.0L V8 Coyote engine instead of the 3.5L V6 EcoBoost powerplant, while the F-150 Limited has ditched two-wheel drive and the 3.5L V6 EcoBoost in favor of standard four-wheel drive and the PowerBoost hybrid. The 2023 F-150 will also carry over some feature removals from 2022, though a couple could be returning as well.

We’ll have more on the 2023 F-150 soon, so be sure and subscribe to Ford Authority for more Ford F-Series news, Ford F-150 news, Ford F-150 Raptor news, and comprehensive Ford news coverage.