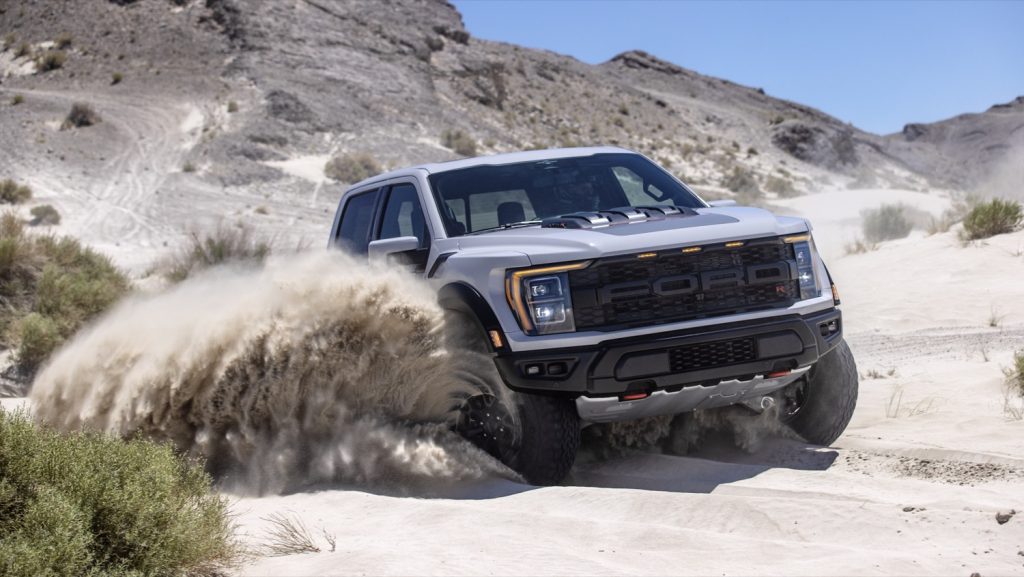 The Ford F-150 is gaining a few new variants for the 2023 model year, including the retro-inspired Heritage Edition and the entry-level, off-road focused Rattler. However, the most highly-anticipated variant of the perennially best-selling pickup is undoubtedly the 2023 Ford F-150 Raptor R. Way back in June of 2019, Ford Authority was the first to report that the V8 would be making a return to the F-150 Raptor, and has since revealed a host of exclusive details about the muscular pickup ahead of its official reveal today. Now, we’re finally getting to see the Ram TRX-fighting 2023 Ford F-150 Raptor R in the flesh, and it certainly looks like it was worth the wait. 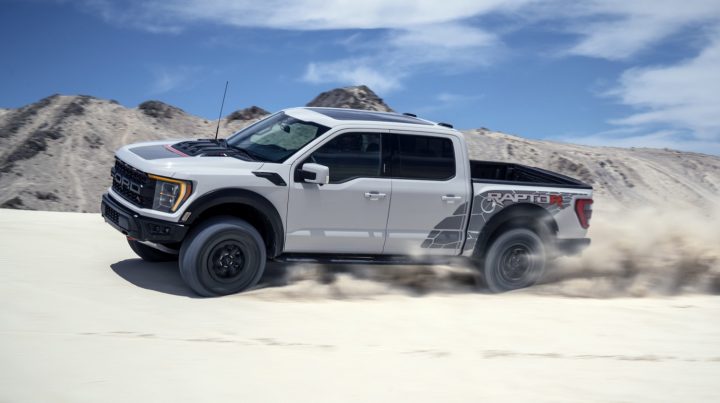 Underneath, the 2023 Ford F-150 Raptor R features a host of enhancements including a beefier front axle and a bigger driveshaft to handle its extra torque, as well as a five percent increase in the front spring rate. Like the regular Raptor, it also utilizes a five-link rear suspension, 24-inch coil springs, and Fox Live Valve shocks, giving it 13 inches of front wheel travel and 14.1 inches in the rear. Additionally, 37-inch tires – which are optional on the regular Raptor – come standard on the Raptor R.

On the outside, the Raptor R doesn’t look considerably different than its V6-powered counterpart, with just a few subtle changes present. Those consist of a power dome hood that’s roughly one inch higher for better heat extraction, Code Orange accents including an “R” badge on the grille, power dome, and tailgate, and a special graphics package on the rear fenders.

Inside the cabin, the Raptor R gets standard Recaro seats trimmed in black leather and Alcantara, carbon fiber trim with a unique tri-axial weave, and a standard 12-inch infotainment screen with SYNC 4. 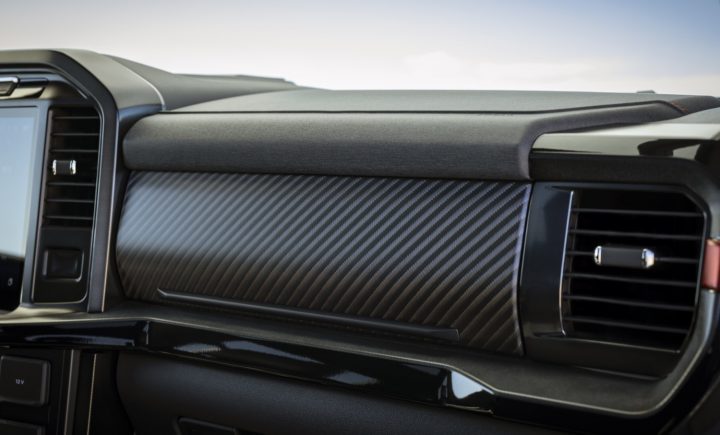 Order banks for the 2023 Ford F-150 Raptor R open today, as Ford Authority reported in June, while production of this muscular new model is scheduled to begin at the Dearborn Truck plant this fall. Pricing starts out at an eye-watering $109,145 – which is a bit more than a similarly-equipped Ram TRX – but that’s apparently the price we have to pay for the ultimate version of Ford’s most powerful Raptor to date.