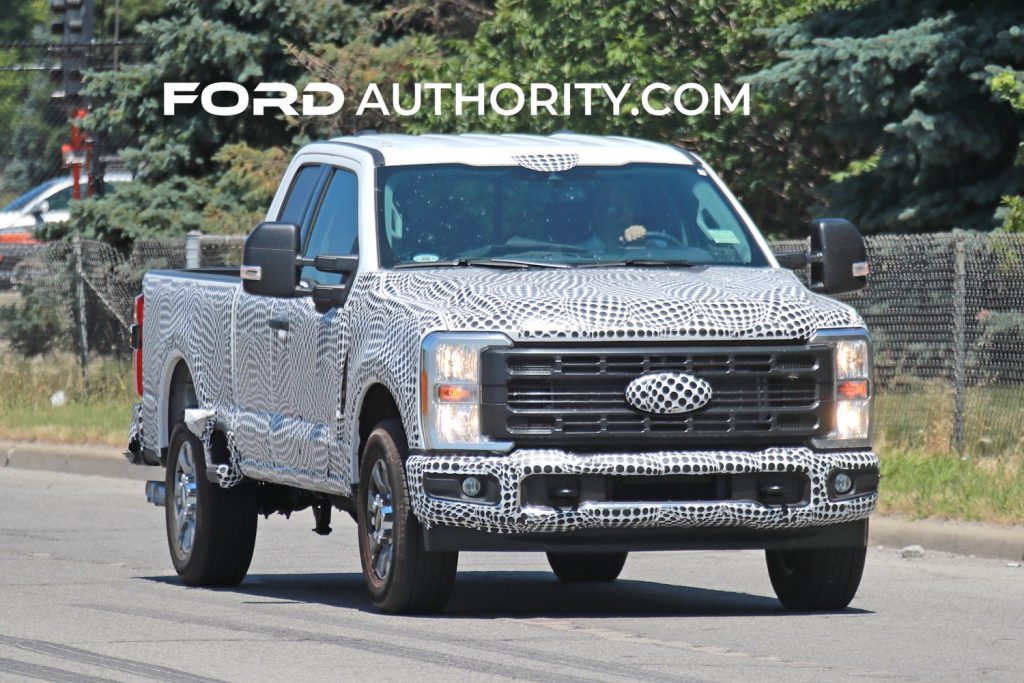 As Ford Authority exclusively reported last week, the 2023 Ford Super Duty will offer an integrated bed step for the first time in that model’s history, which will be very close in terms of design to the existing units on the Chevy Silverado and GMC Sierra. However, previously-spied prototypes featured heavy camo around this area designed to conceal the presence of those bed steps. Now, Ford Authority spies have captured that new feature on camera, giving us our very first look at the integrated bed step present on a 2023 Ford F-250 Super Duty XLT prototype and confirming our report from last week. 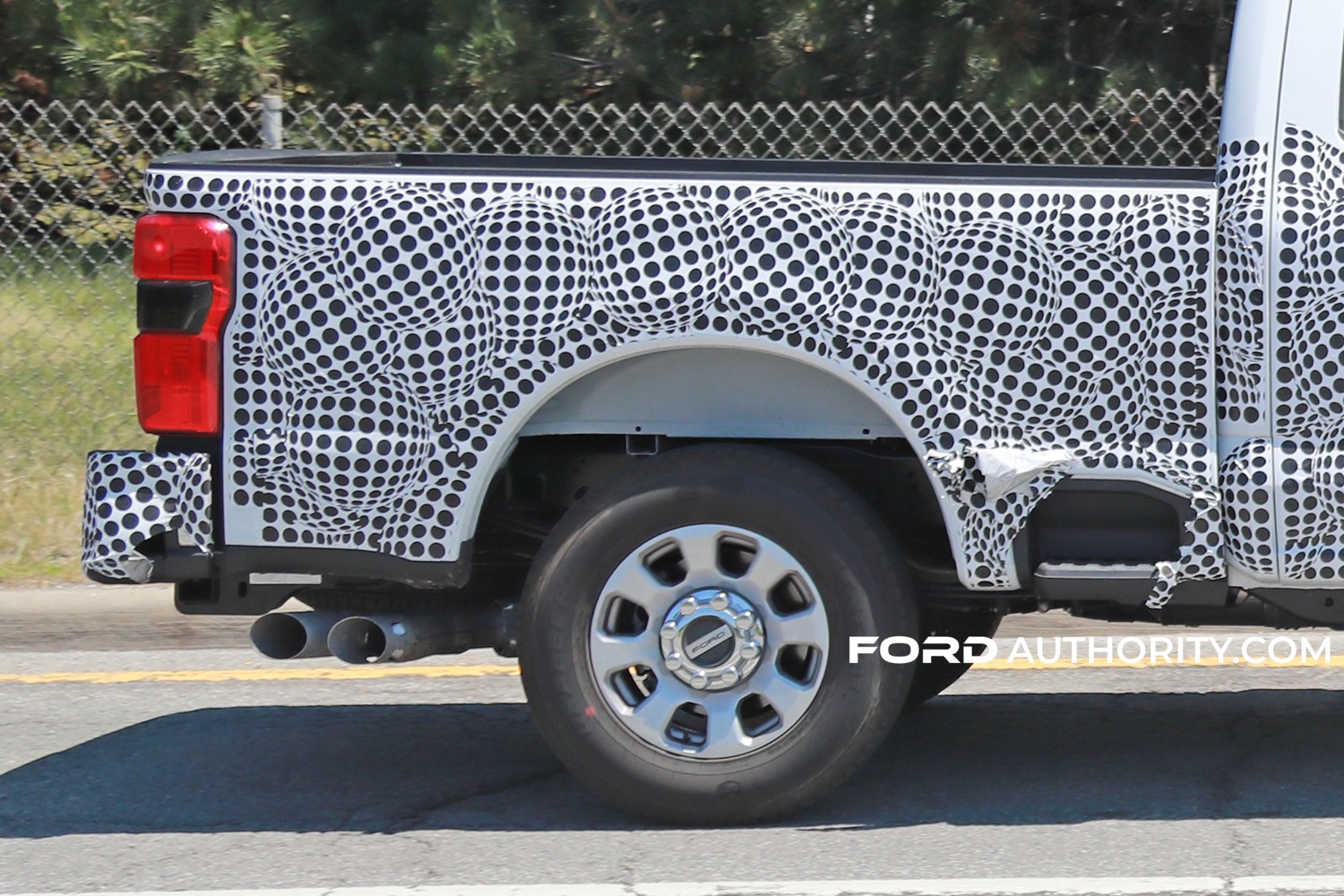 This particular 2023 Ford F-250 Super Duty XLT prototype reveals a bed step that’s very close in terms of design to its GM counterparts. In fact, it’s almost a mirror image of that particular piece, albeit flipped around. On GM’s pickups, the bed step is flat on the section facing the cab, while the rear portion tapers downward. On the 2023 Super Duty, the step is taller toward the rear and tapers downward as it moves toward the cab. It’s currently unclear where this new bed step will fall in terms of the 2023 Super Duty’s model range, though it will likely take the place of an option that Ford calls the “Bed Step,” a retractable step that extends from underneath the bumper to provide easier access to cargo which debuted on the 2021 Super Duty. This feature appears likely to go away for the 2023 model year, given the presence of the new integrated bed step. 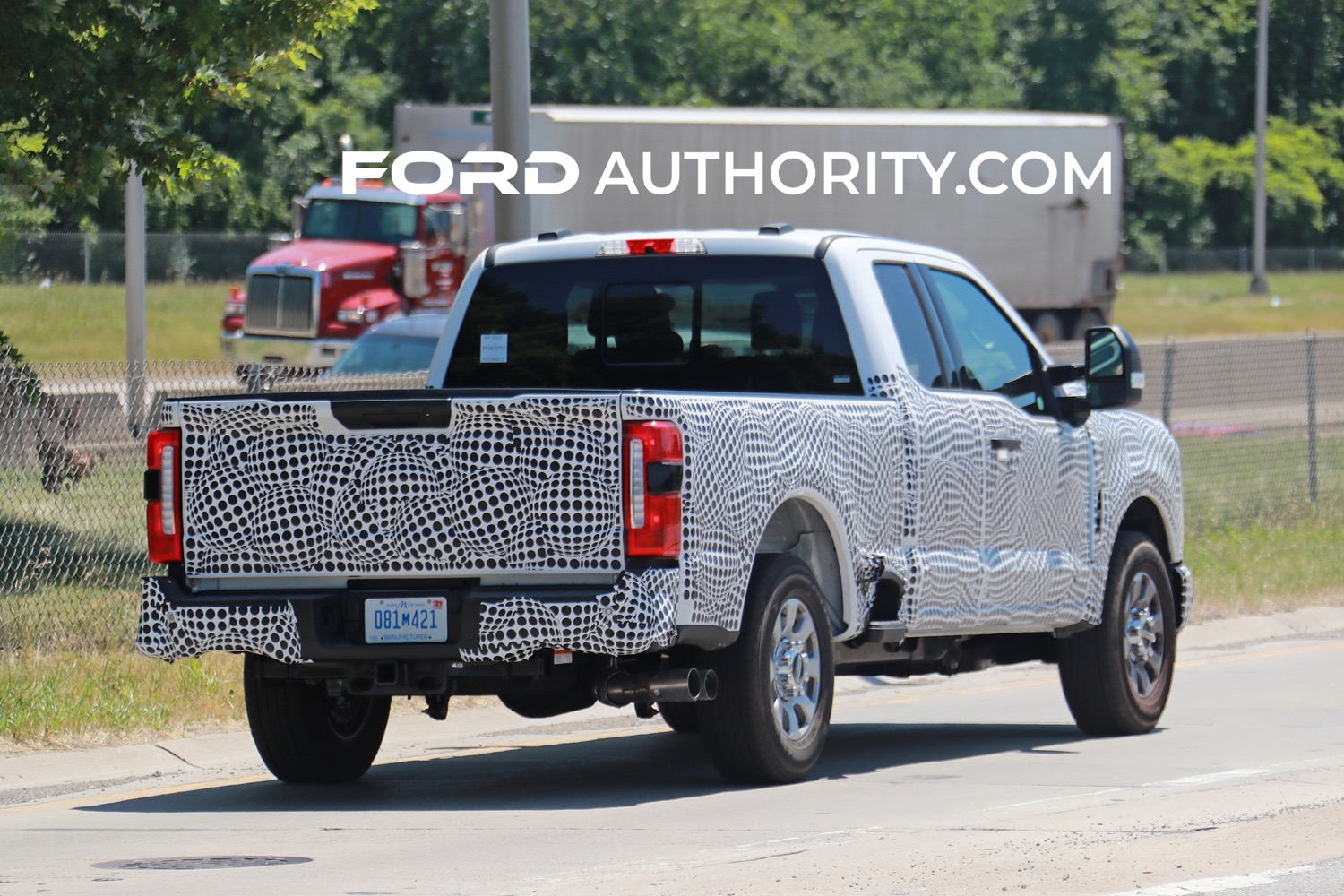 To date, Ford Authority spies have spotted a number of other 2023 Super Duty prototypes, including a SuperCrew dually, a SuperCab with a standard bed, a Platinum-trimmed model with black wheels, an F-450 towing a gooseneck trailer, and a more lightly camo’d SuperCrew, as well as our first look at the refreshed Super Duty’s interior, a glimpse of the bare-bones XL cabin, and a video of the truck’s new dashboard, steering wheel, and screens just yesterday. 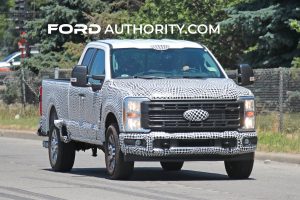 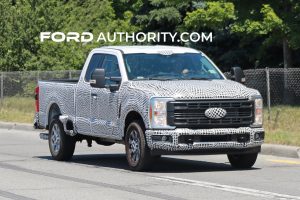 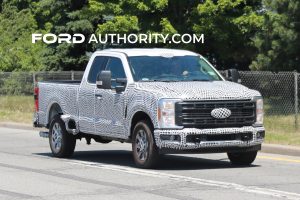 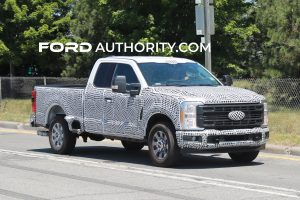 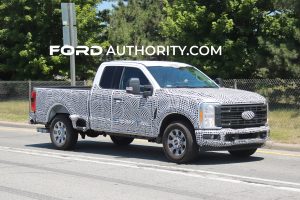 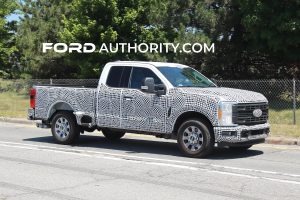 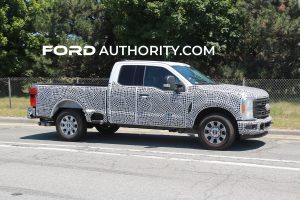 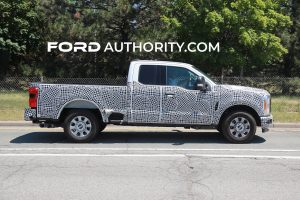 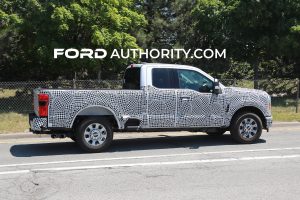 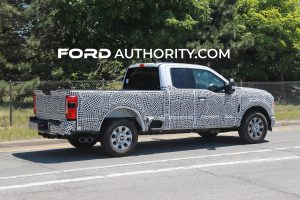 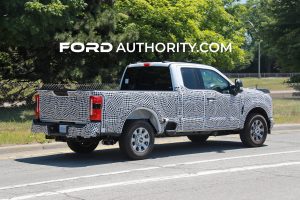 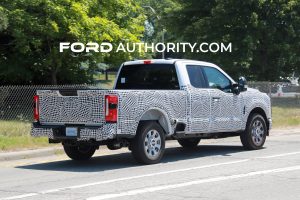 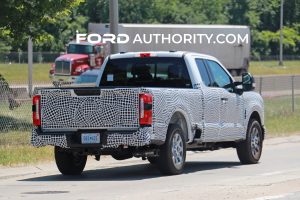 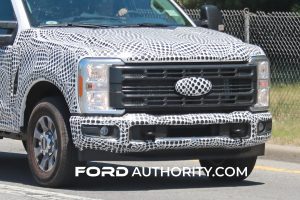 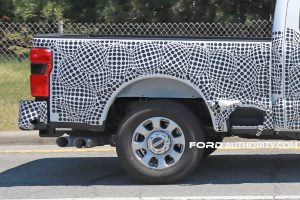 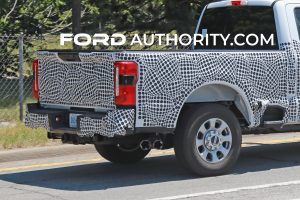 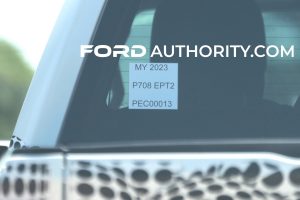