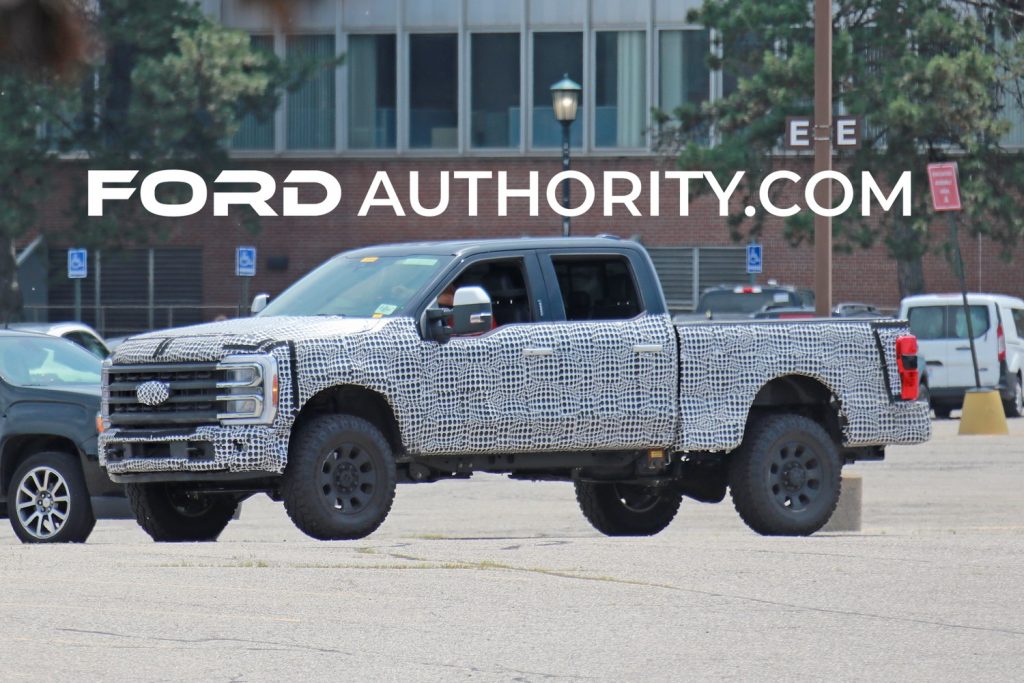 Ford Authority spies have spotted a host of 2023 Ford Super Duty prototypes out driving around in recent months in a wide variety of configurations. One particular model that we haven’t seen – at least until now – is the 2023 Ford F-250 Super Duty Tremor, the more rugged, off-road-focused version of the large pickup. Now, Ford Authority spies have spotted a 2023 Ford F-250 Super Duty Tremor prototype for the very first time, giving us a sneak peek at what to expect from the refreshed model. 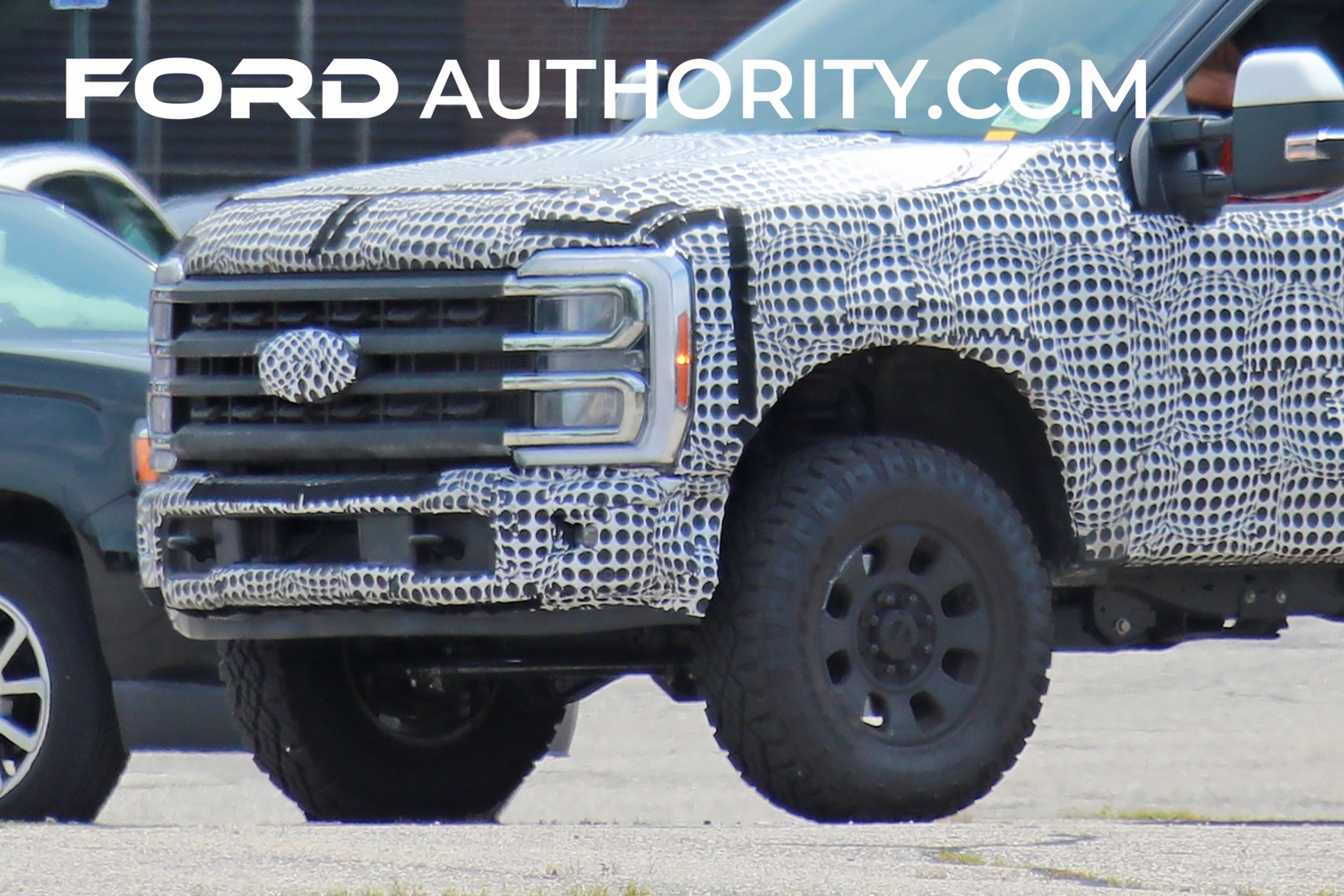 Up front, this Tremor prototype features the same revised front end design as previously-spotted models, though it’s quite similar to an F-450 King Ranch dually that Ford Authority spies spotted testing just a couple of weeks ago. The new front end design is clearly influenced by the 2022 Ford Maverick and the next-generation Ford Ranger, and features a split twin-bar treatment in the center, along with a camouflaged Ford oval, which is flanked by The Blue Oval’s signature C-clamp headlights that surround additional lighting, including an amber turn signal in the center.

As is the case with previously-spied prototypes, this Tremor is largely the same as the current model in terms of its cab design, though the black wheels fitted to this particular model sport a different look when compared to the current Tremor, while the refreshed pickup will also be available with a bed step. Those wheels are wrapped around a set of beefy-looking tires, which look right at home on this off-road-focused pickup. 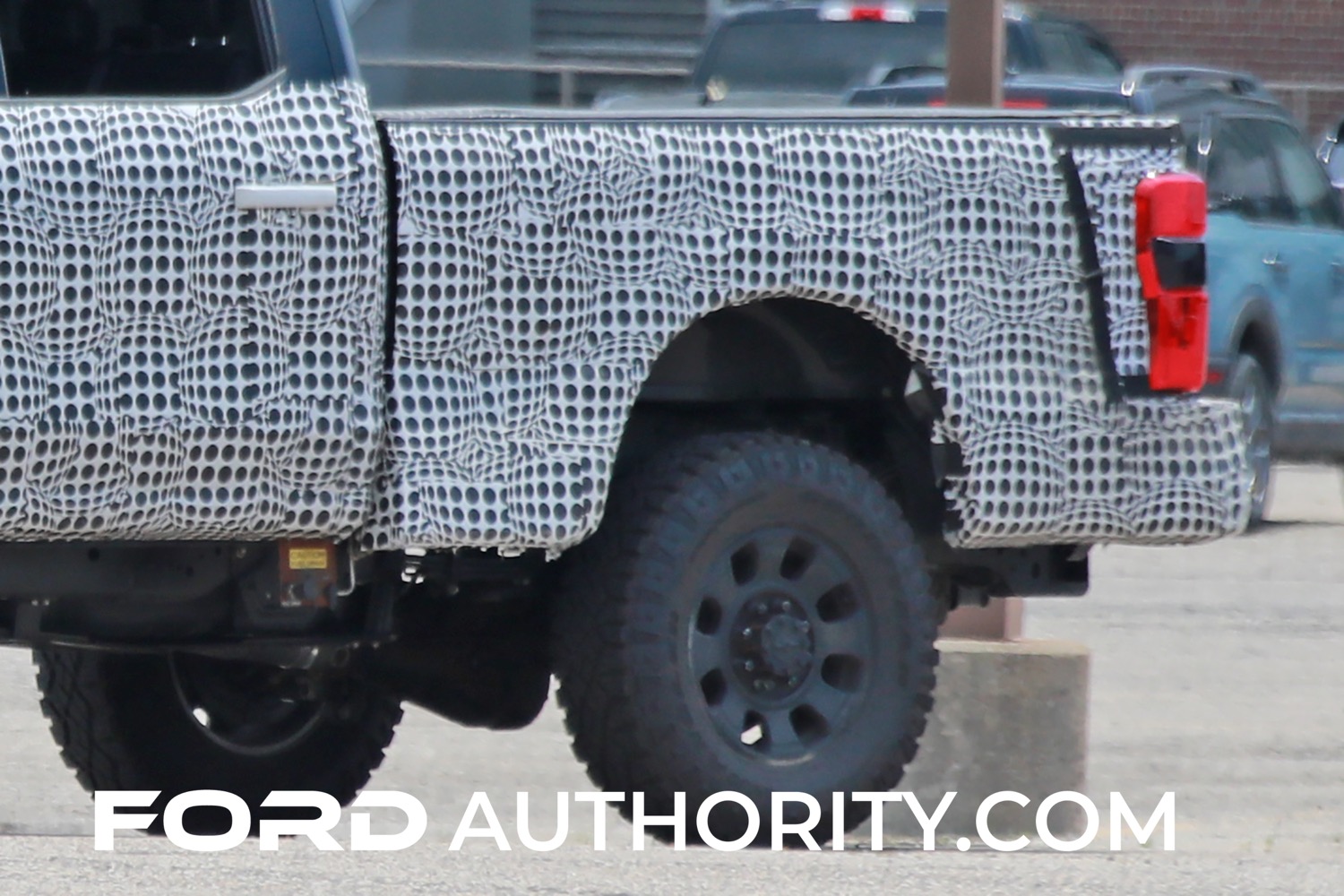 Though we don’t have a great look at the rear of this prototype, we can see part of the Super Duty’s new taillight design, which features red sections on the top and bottom that are intersected by a black element, while the white reverse lamps are vertically-oriented and placed off-center towards the tailgate. It’s currently unclear what sort of powertrains the refreshed Super Duty will offer, but one of those won’t be a hybrid, as Ford Authority reported last week.

On the inside, the 2023 Super Duty will feature an overall look that’s similar to the redesigned 2021 Ford F-150, with a new steering wheel, gauge cluster, and likely infotainment screens. However, as Ford Authority reported last week, the refreshed pickup will utilize a single binnacle design, which is a bit of a departure compared to the dual binnacle setup present in the F-150 and current Super Duty. Regardless, order banks for the 2023 Super Duty are scheduled to open up this October, so we shouldn’t have to wait much longer to see the new pickup completely uncovered.