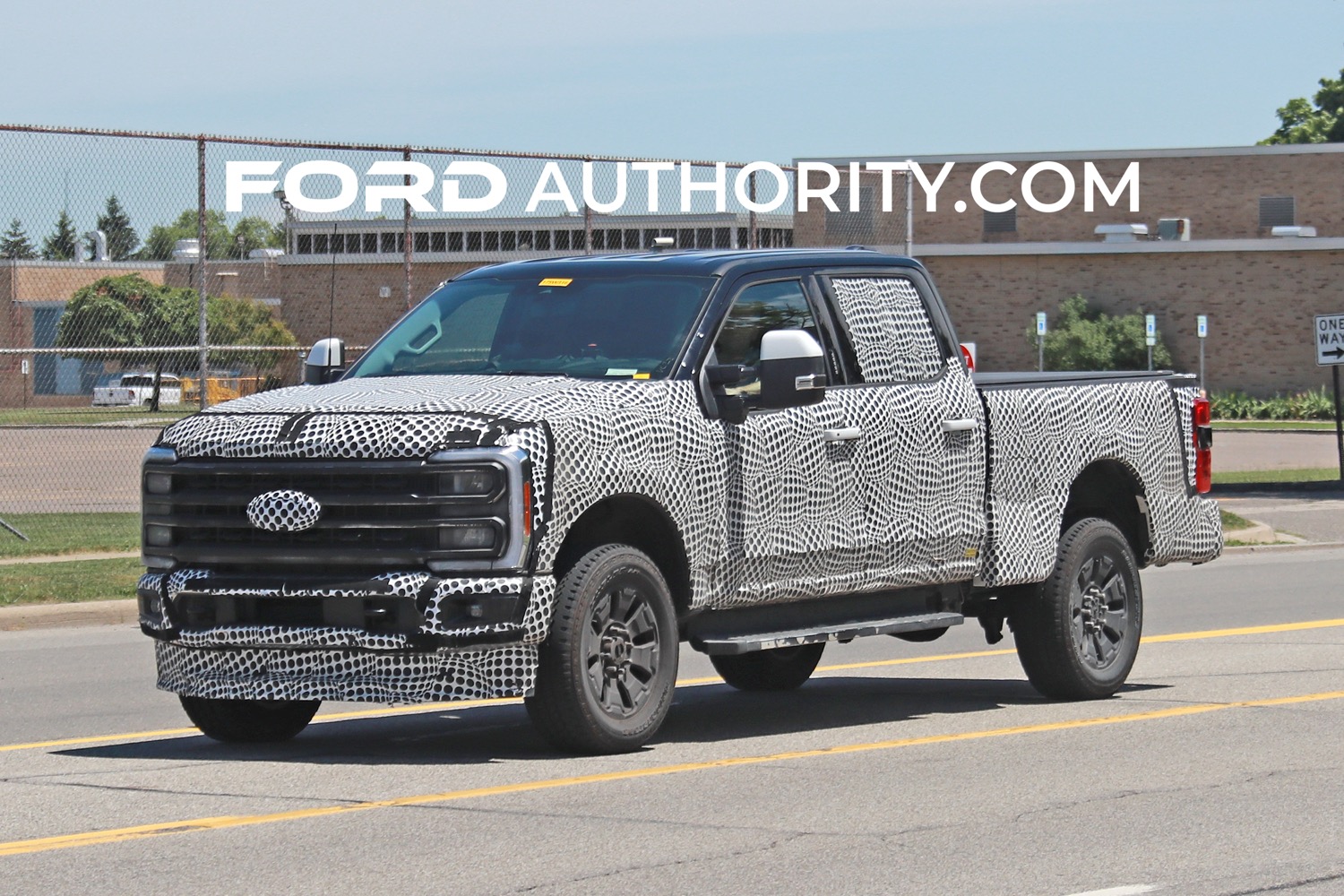 After spotting a 2023 Ford Super Duty prototype for the very first time last October, previewing the pickup’s upcoming refresh, Ford Authority spies have captured a host of other 2023 Super Duty prototypes out driving around in various configurations, ranging from a single cab dually to a SuperCrew dually, a SuperCab with a standard bed, a Platinum-trimmed model with black wheels, an F-450 towing a gooseneck trailer, and a more lightly camo’d SuperCrew. Those same spies have also given us our first look at the refreshed Super Duty’s interior and a glimpse of the bare-bones XL cabin, though now we’re getting an even better look inside the new pickup thanks to this assembly line video recently posted to Instagram. 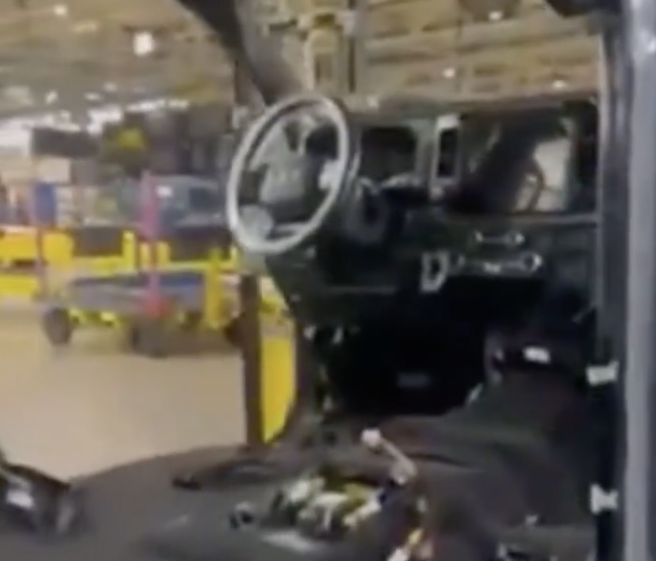 As expected, the interior of the 2023 Ford Super Duty looks a lot like its Ford F-Series counterpart, the Ford F-150, which was redesigned for the 2021 model year. That includes a nearly identical steering wheel design, digital instrument cluster, and a large infotainment screen.

On the outside, the 2023 Super Duty won’t deviate too much from the current model, though the front end design is clearly influenced by the all-new 2022 Ford Maverick and redesigned next-generation Ford Ranger with its split twin-bar grille and C-clamp headlights. The center section of the refreshed pickup remains much the same – though it will feature an integrated bed step, as Ford Authority exclusively reported last week – while the rear end shows off a new taillight design.