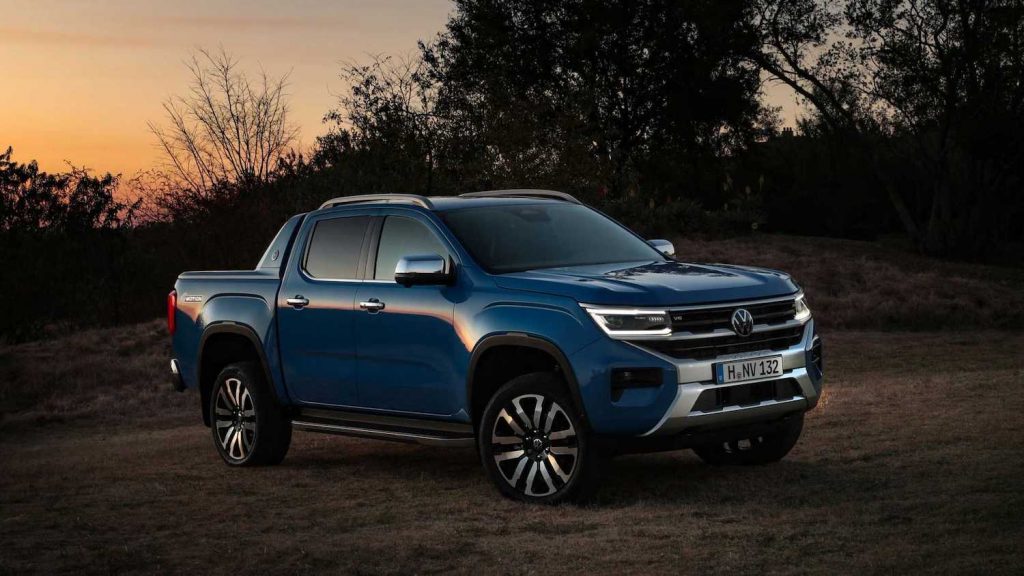 Way back in 2018, Ford Authority reported that the next-generation Volkswagen Amarok pickup could share a platform with the next-generation Ford Ranger, and a couple of years later, we learned that it would, in fact, be based on the new Blue Oval mid-size pickup. At that time, VW shared some sketches of what the new Amarok might look like, which is very different from the next-gen Ranger. Ford Authority spies spotted a 2023 Volkswagen Amarok prototype driving around in February, which was said to be very distinct from its Blue Oval counterpart, not only in terms of appearances, but also driving characteristics, though VW won’t be getting a more hardcore off-road version like the Ranger Raptor. Now, the 2023 Volkswagen Amarok has been revealed, and as promised, it’s a bit different than the new Ranger in a number of ways. 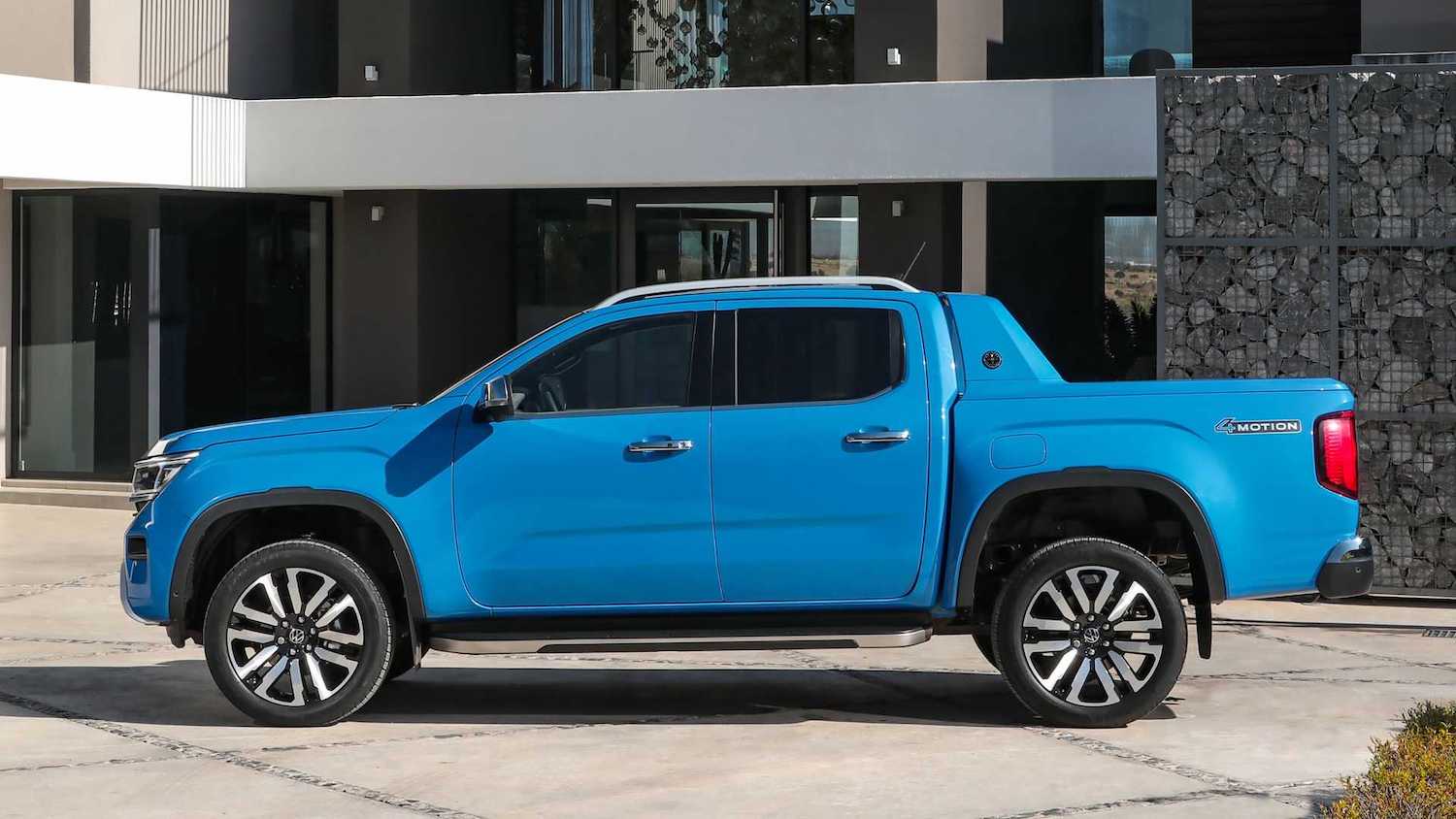 The 2023 Amarok, like the Ranger, rides on the Ford T6 Platform and is completely new from the ground up when compared to its predecessor. Buyers can choose from single or double cab configurations, while the latter is 3.8 inches longer than the outgoing model with a 6.8-inch longer wheelbase. However, the new Amarok is 1.4 inches narrower and 0.4 inches shorter. Two-wheel drive models will be available in some markets, while others will get standard four-wheel drive. 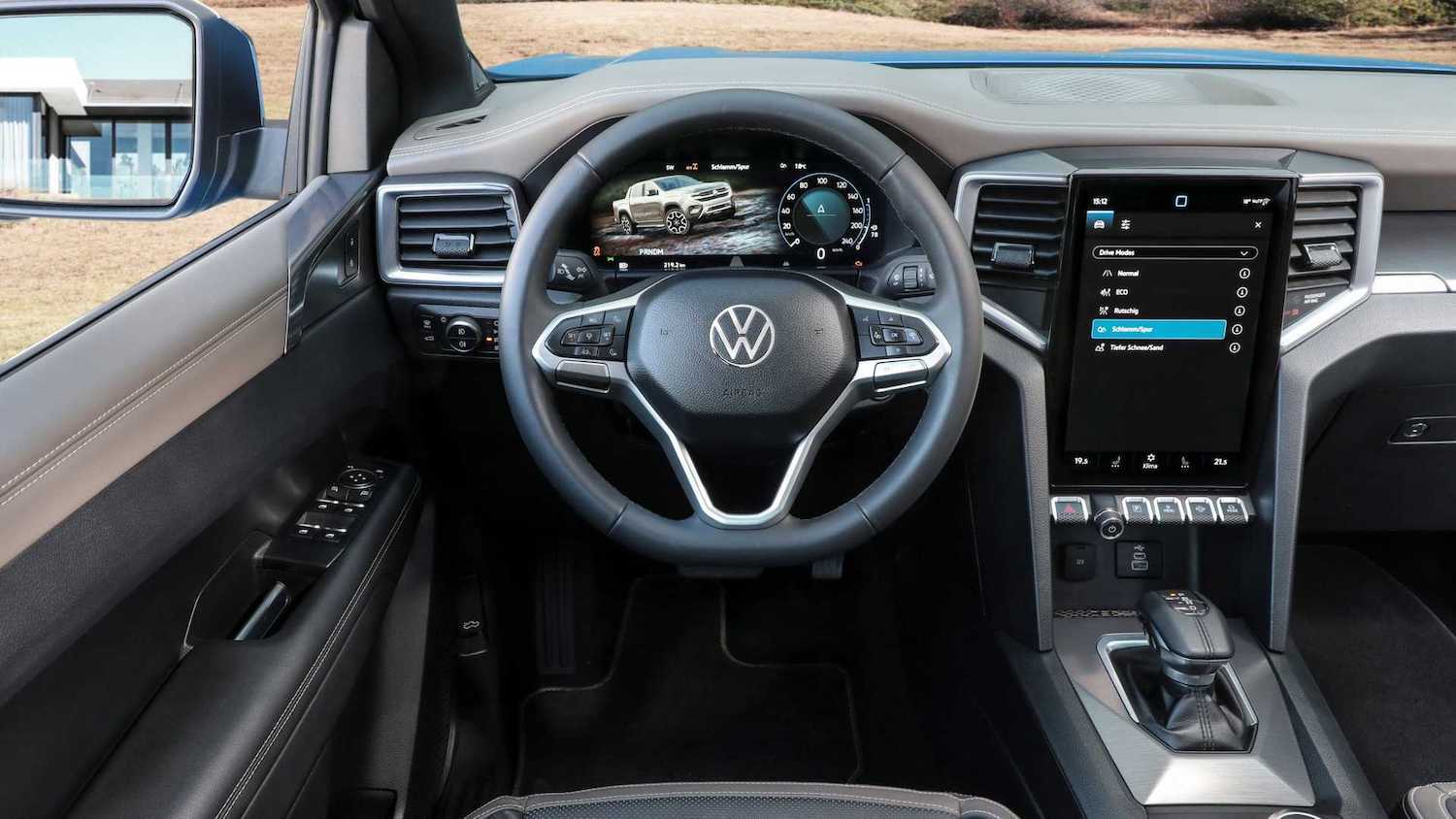 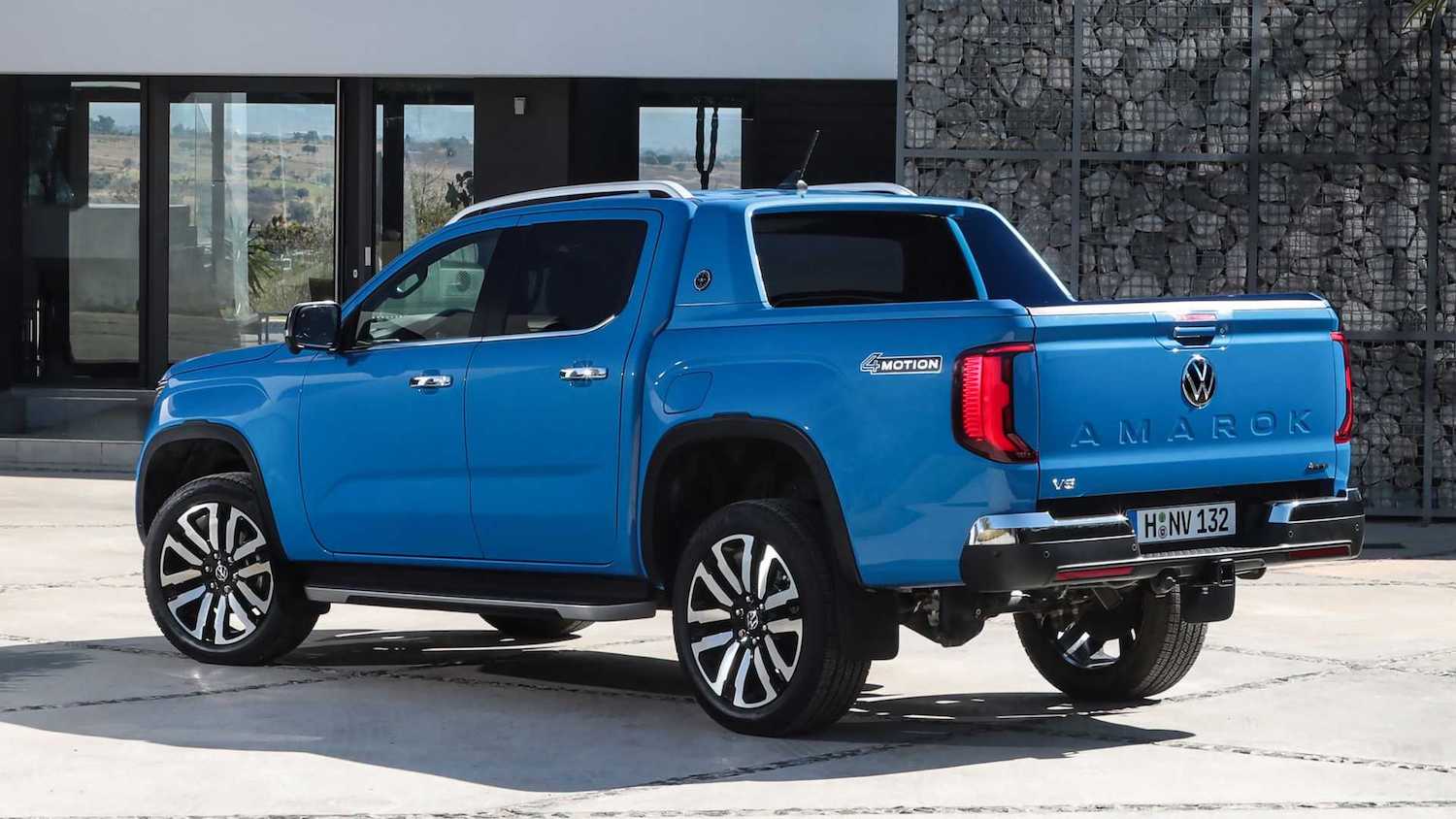 The 2023 Amarok will be sold in five trims – Amarok, Life, Style, PanAmericana, and Aventura, and features a digital instrument cluster and either a 10- or 12-inch infotainment screen running a modified version of SYNC 4. Ford will begin production of the next-gen pickup this September at its Silverton Assembly plant in South Africa, while VW will continue to build the current-gen model for South American markets.

We’ll have more on the 2023 Amarok soon, so be sure and subscribe to Ford Authority for continuous Ford news coverage.