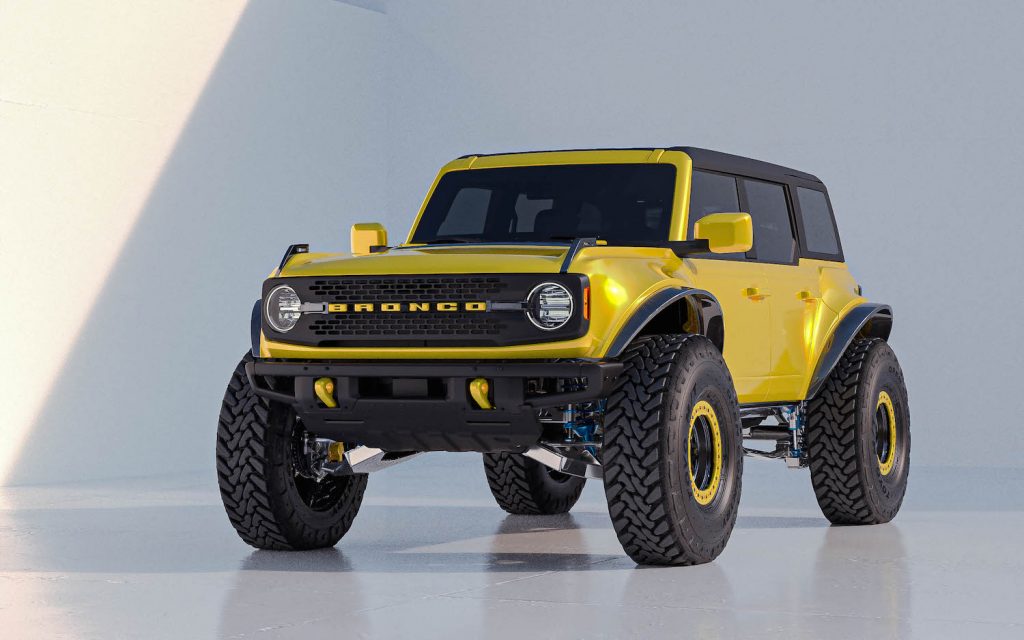 The Ford Bronco Raptor debuted earlier this year as the ultimate variant of the already capable off-road-focused SUV, packing more power and some serious suspension upgrades in the process. However, the Bronco Raptor will only be produced in limited quantities for the 2022 model year, with most of those examples going to carryover reservation holders. Thus, those that want a more serious version of the new Ford Bronco must look elsewhere, though a number of aftermarket companies are offering fortified versions of the SUV, including Hennessy. Now, the APG Ford Bronco ProRunner package has debuted as another new Raptor alternative. 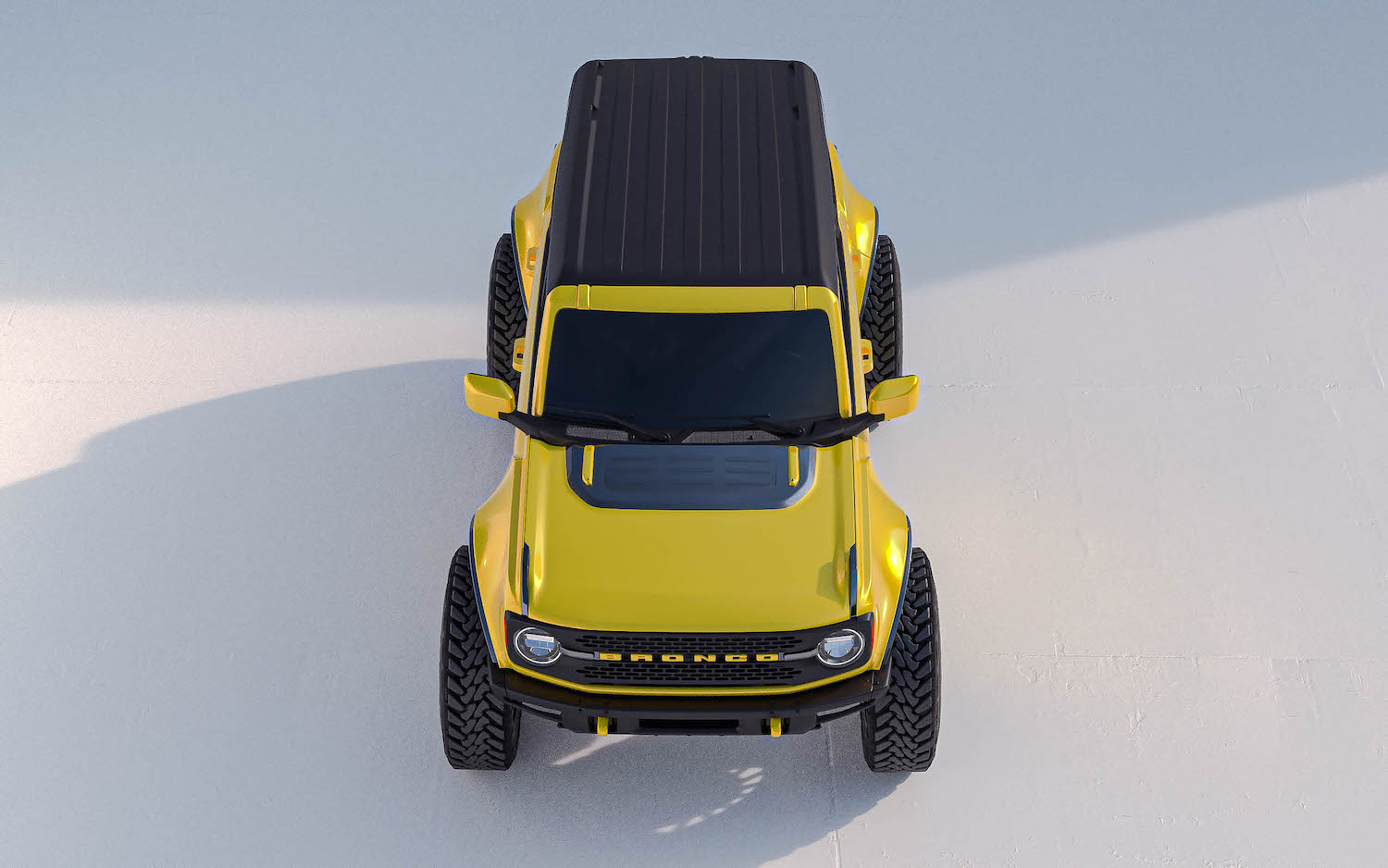 The APG Ford Bronco ProRunner package builds upon the solid base FoMoCo created and adds some serious capability to the mix, thanks to the presence of the company’s Long Travel Front Suspension System that gives the SUV 16.5 inches of wheel travel (or 14.5 inches with 40-inch tires) thanks to billet upper and boxed lower control arms that are 3.5 inches wider than stock, raised and reinforced shock towers, 3.0-inch King Race Series coilovers, and 2.5-inch triple bypass shocks. 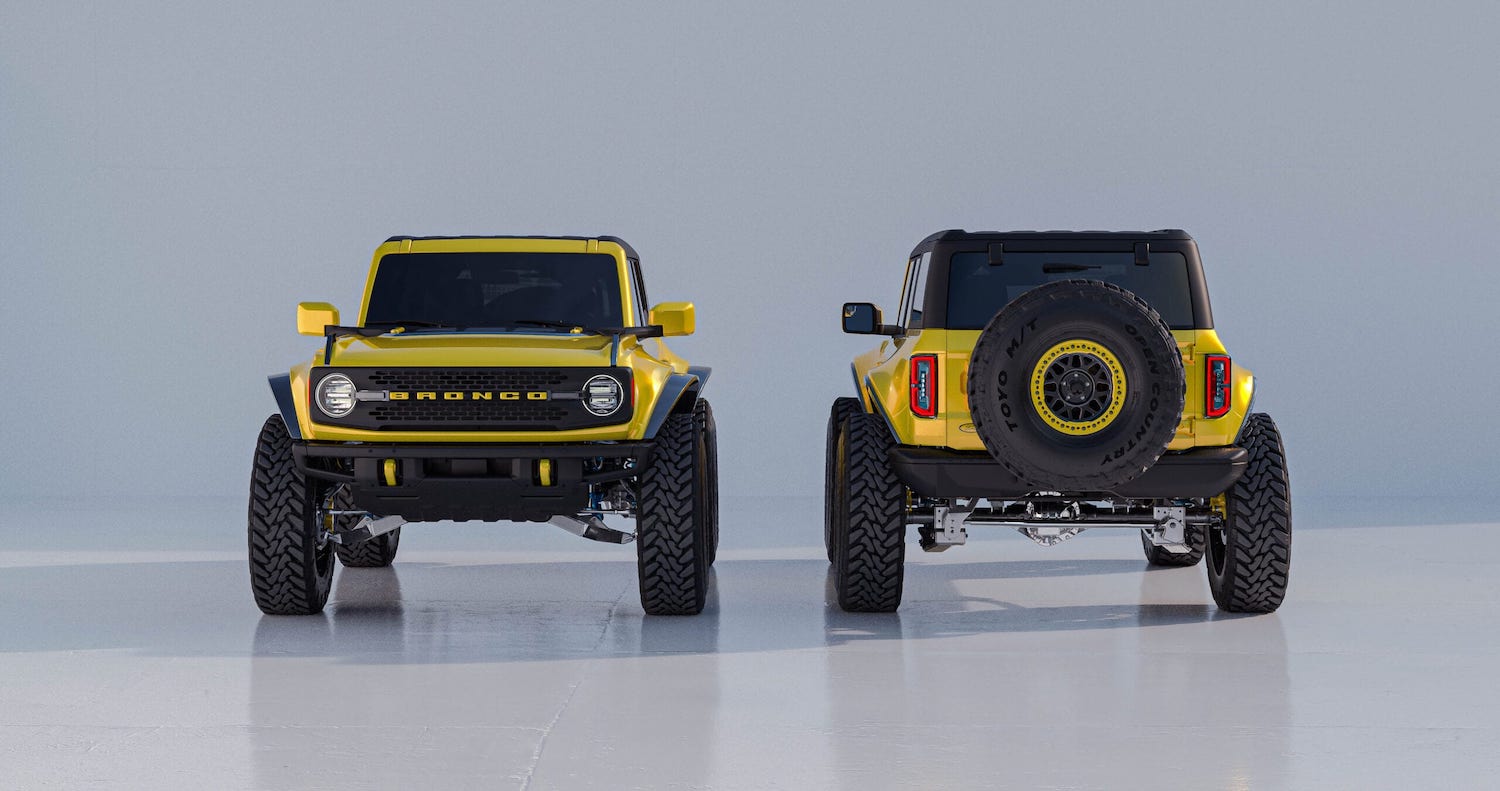 In the rear, the APG Bronco utilizes the same coilover and shock setup, albeit with longer strokes, as well as an APG track bar and billet control arms to provide 16.5 inches inches of wheel travel, or 14.5 inches when equipped with 40-inch tires. Further mechanical enhancements include a seven-inch wider than stock Ultimate Dana 60 rear axle, an Ultimate Dana 44 IFS drive unit, and 300M RCV HD axles.

In the looks department, the APG Bronco is certainly intimidating thanks to its carbon fiber fenders that add seven inches of width per side, enough to clear 40-inch tires, a carbon fiber hood insert, and a one-piece hardtop. APG installs all of these goodies at its own shop in Garden Grove, California, and can also add any sort of additional upgrades one’s heart may desire. Pricing for all this goodness hasn’t been announced yet, but APG will begin taking pre-orders for the package on August 1st, with production beginning this fall.