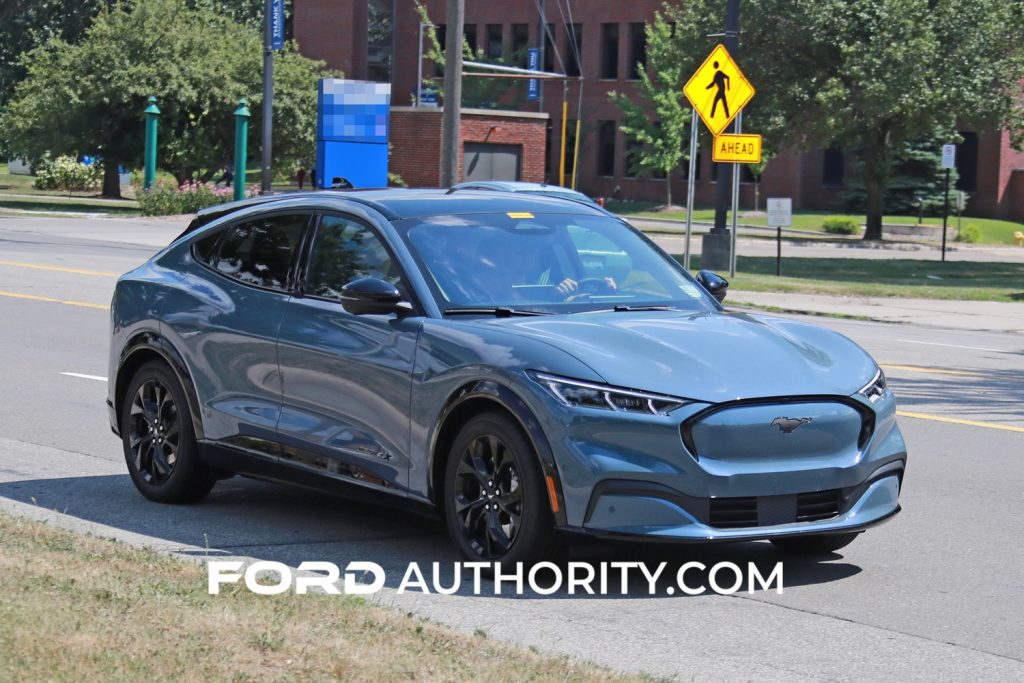 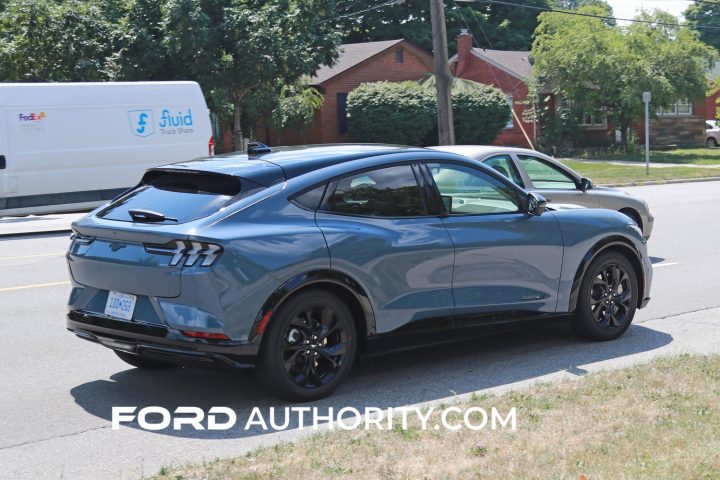 First, let’s take a closer look at the wheels worn by this camo-free prototype. These rollers are black-painted versions of the 19-inch aluminum wheels that are currently standard on the Mustang Mach-E Premium trim. However, the wheels are currently not offered on the Mustang Mach-E whatsoever. The presence of these wheels could indicate that this particular prototype is a Mustang Mach-E Dark Horse, as it’s not likely that Ford would road test a vehicle that only features a set of wheels with a different finish. 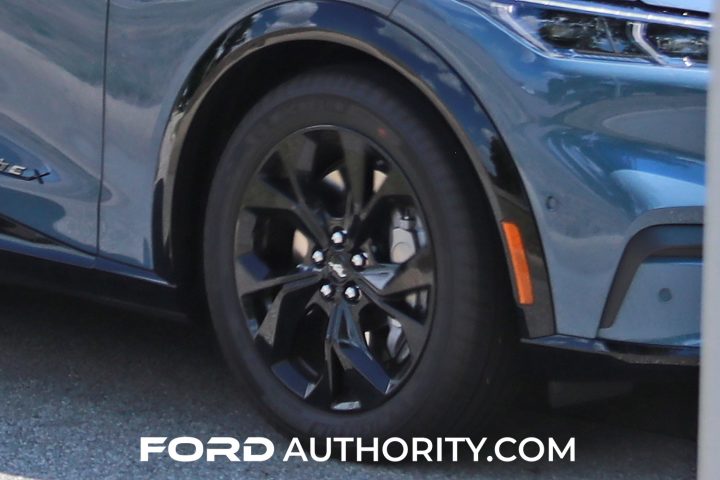 Beyond the wheels, this Mach-E also wears quite a few black accents, including on the front fascia, Day Light Window (DLO) openings (aka window trim), and wheel moldings – all of which are present on this prototype. In addition, the tail lights feature neutral density (clear) lenses with dark trim, while the Running Pony badges are also finished in black. However, these elements are not exclusive to this prototype. In fact, the Mach-E Premium trim already features these items as standard. Even so, all of the pieces seem to be in place for this tester to be the Dark Horse package for the Mustang Mach-E. 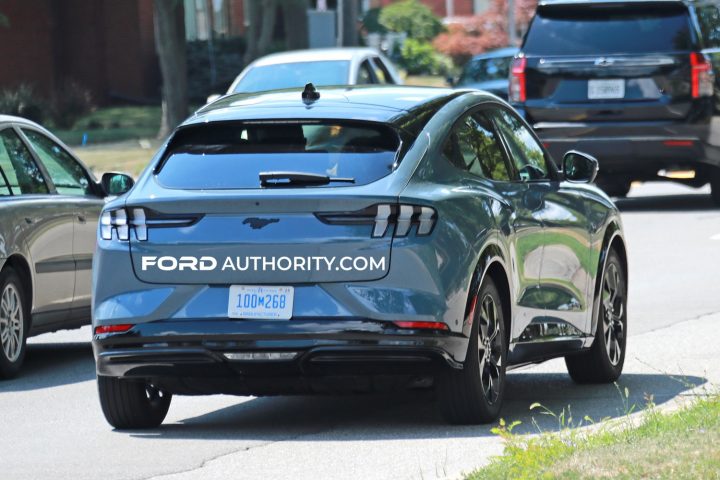 If the model in question is, in fact, the upcoming Mustang Mach-E Dark Horse, then it’s safe to assume it’s on the way to serve as the antidote for the Ice White Appearance Package offered on the 2022 Ford Mustang and 2022 Mustang Mach-E. As a reminder, the Ice White package on the Mustang Mach-E includes a stunning Star White Metallic Tri-Coat paint job, carried through to the white pony badges affixed to the front and rear of the vehicle. It also features a set of 19-inch machined-face aluminum wheels with Oxford White painted pockets, which are exclusive to the Ice White Appearance Package. 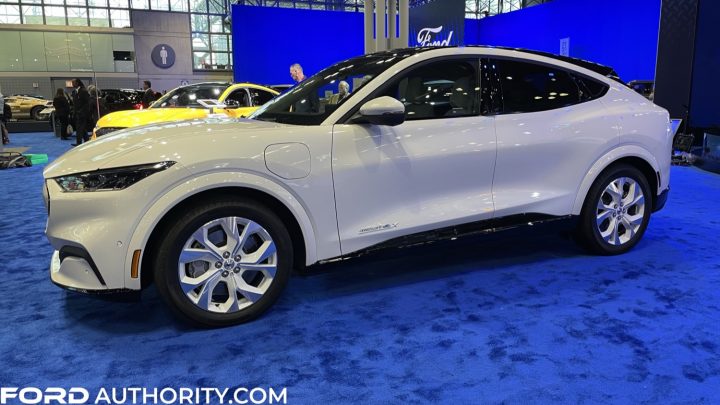 As of this writing, details about the 2023 Ford Mustang Mach-E are few and far between, although we do know that order banks for the electric crossover will open up in August. Additionally, a major overhaul is on the way for the infotainment display screen that will deliver a big change to the system’s user interface, a change that could also be pushed to 2021 and 2022 models. We also know that a new lithium ion phosphate battery is due to be used in the Mustang Mach-E, though it’s more likely to land for the 2024 model year.

Want the latest on all things Ford? Then subscribe to Ford Authority for more Mustang Mach-E news and ongoing Ford news coverage.