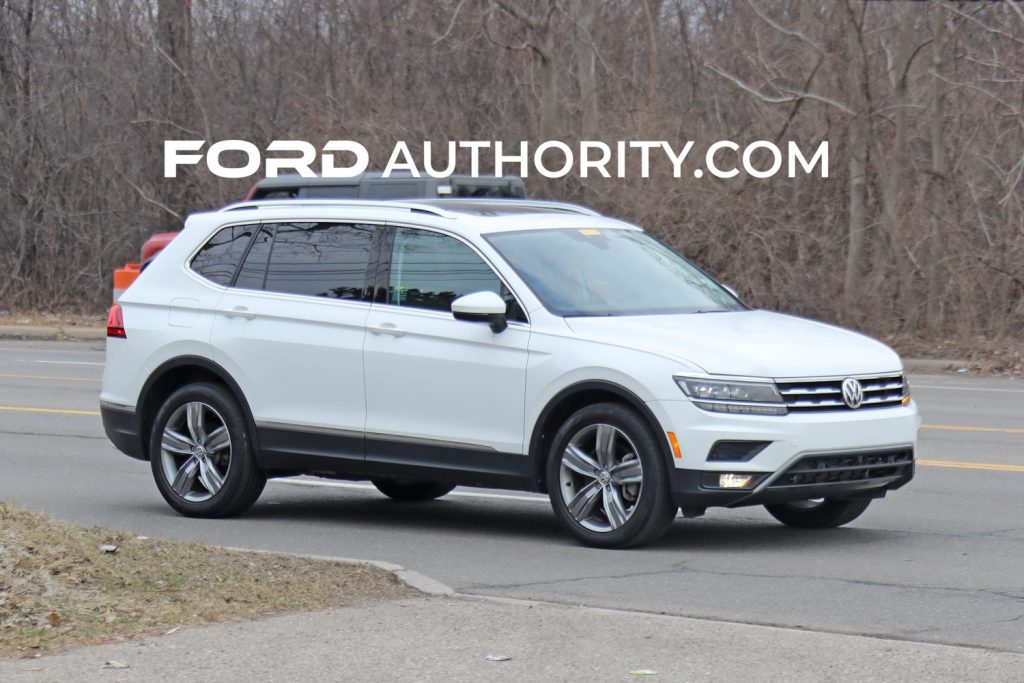 Ford Authority recently spied Ford Motor Company benchmarking the Volkswagen Tiguan, wearing the unmistakable yellow sticker that identifies it as a Ford-owned vehicle for competitive analysis purposes. Considering that the Tiguan competes directly with the Ford Escape, it makes sense that The Blue Oval would want to benchmark it to see how it stacks up.

It should be noted that the Volkswagen Tiguan was overhauled (redesigned and re-engineered) for the 2018 model year in North America, before being refreshed for the 2022 model year. However, this particular model is a pre-refresh unit. It’s powered by the German automaker’s turbocharged 2.0L I4 engine, which is capable of 184 horsepower and 221 pound-feet of torque. The boosted four is mated to VW’s eight-speed automatic transmission, and features a third seating row, something that most of its competitors in the compact crossover segment do not offer. 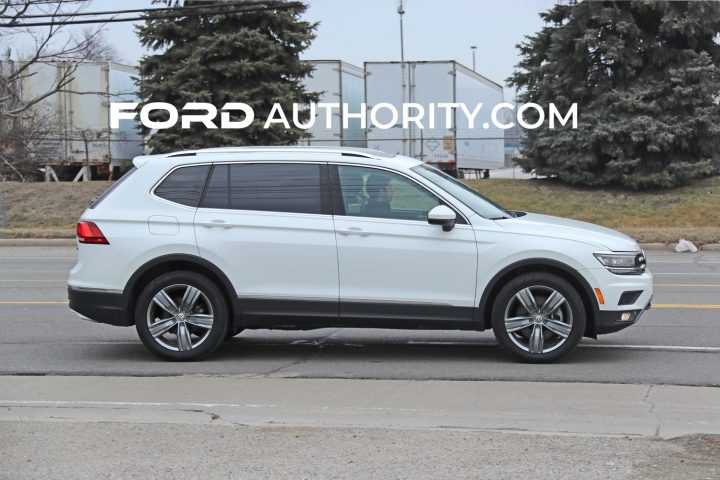 The Ford Escape, meanwhile, features a choice of four powertrain options. The base model is outfitted with the turbocharged 1.5L I4 EcoBoost engine, which develops up to 181 horsepower and 190 pound-feet of torque. The range-topping Escape Titanium puts the turbocharged 2.0L I4 EcoBoost engine to work, producing 250 horsepower and 280 pound-feet of torque. Two electrified powerplant options round out the lineup, including a hybrid electric model as well as a plug-in hybrid variant. Both of these work in conjunction with the 2.5L I4 Duratec engine. 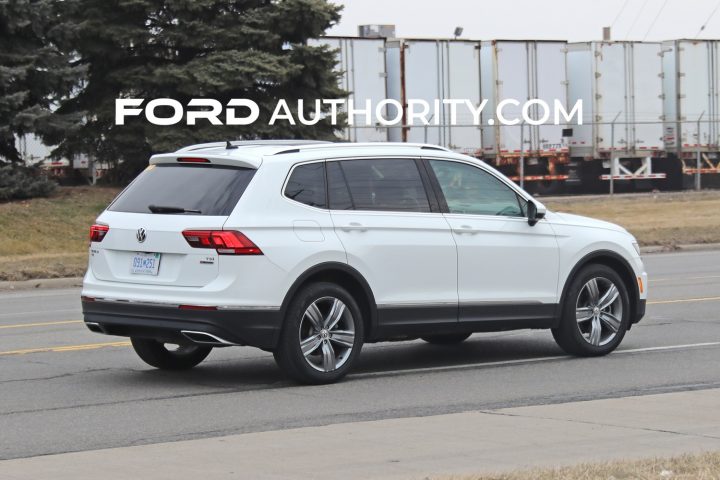 Even though the Tiguan may not be an immediate threat to Escape sales, The Blue Oval certainly keeps track of the competition to see how its offerings compare. In fact, this isn’t the only vehicle that we recently spied Ford benchmarking. Recently, Ford Authority spied a Hyundai Ioniq 5 in the hands of The Blue Oval, likely for benchmarking purposes against the Mustang Mach-E. Additionally, the 2023 Ford Escape is on the horizon, and Ford may take a few pointers from its rivals before the refreshed model hits the market. 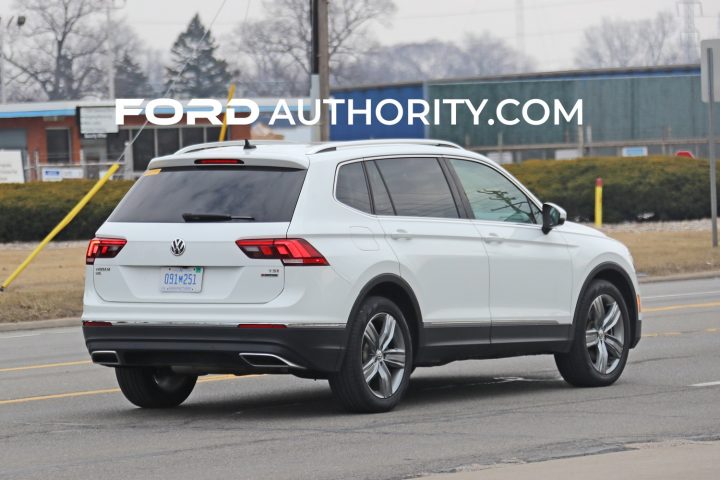 Want the latest on all things Ford? Then be sure and subscribe to Ford Authority for more Ford Escape news and 24/7 Ford news coverage.