Ford car sales, which include the Ford Mustang muscle car range and the Ford GT super car, decreased in the United States while increasing in both Canada and Mexico during the first quarter of 2022. 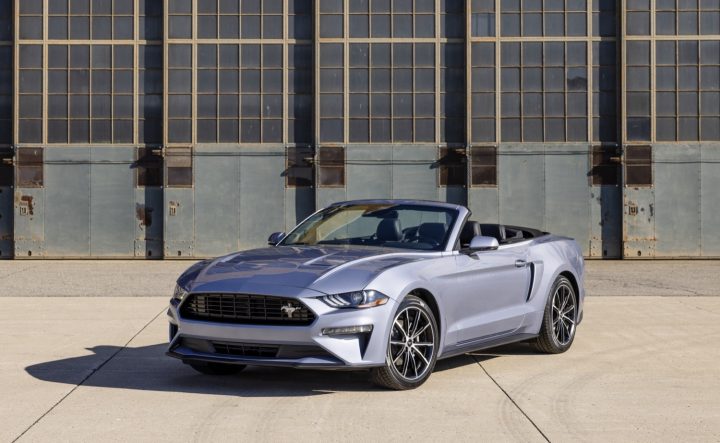 Cumulative deliveries of Ford cars in the United States decreased 19 percent to 14,022 units in Q1 2022, comprised of:

Cumulative deliveries of Ford cars in Canada increased ten percent to 815 units in Q1 2022, comprised of:

Cumulative deliveries of the Ford car family in Mexico increased 55 percent to 194 units in Q1 2022, comprised of:

While both the Mustang and the GT fall directly within Ford’s car category, it can be argued that the term ‘car’ can also be used to describe other types of vehicles. Specifically, we could extend the definition of “car” to unibody crossovers and unibody pickups, since they use the same integral body structure as cars, but with a different body style and a higher roof height.

Many industry and business analysts have already begun to define “car” to include traditional cars like sedans, hatchbacks, wagons, coupes and convertibles, as well as unibody crossovers and pickups. In fact, FoMoCo executives have previously stated – upon discontinuing the automaker’s sedan lineup in the U.S. and Canada – that it’s redefining what it considers a car, an undertaking that’s driven by customer demands.

So, expanding the definition of ‘car’ to include all Ford unibody vehicles shows that sales were down one percent to 193,983 units.

These were led by the Ford Explorer, which posted a 35 percent decrease in sales to 42,736 units, followed by the Escape in second with a three percent drop in sales to 39,962 units. The Bronco Sport saw an increase of 25 percent to 29,089 units and Edge earned fourth place with a 19 percent increase to 26,412 units. The Maverick placed with with 19,245 deliveries, while the Mustang took sixth with 13,986 sales.

Want the latest on all things Ford Motor Company? Then be sure and subscribe to Ford Authority for more Ford sales news and non-stop Ford news coverage.

Ford Van Sales Down 30 Percent During First Quarter Of 2022