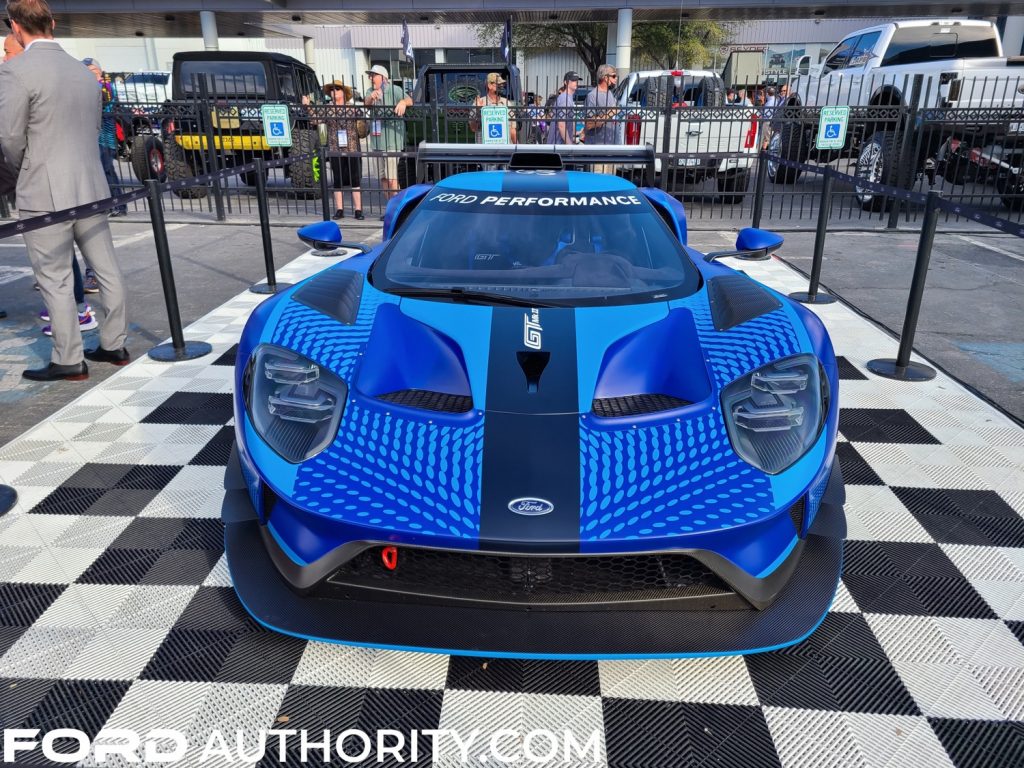 Unlike “regular” Ford GT models, the Ford GT MK II is a track-only race car built without the need to adhere to any race series rules and regulations. Ford Authority crossed paths with the Ford GT MK II at the 2021 SEMA Show, giving us an opportunity to get photos of this rare machine from every angle following its initial announcement in July 2019 at the Goodwood Festival of Speed. 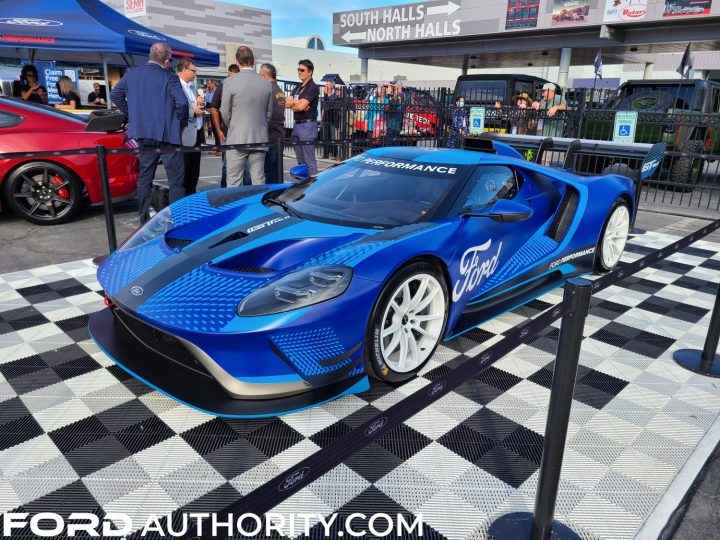 The Ford GT MK II is based on the street-legal Ford GT, but features a myriad of improvements to ensure the best performance on the track. The front fascia retains the familiar GT look, boasting the attractive GT headlights and running lights. A race-inspired front splitter along with revised fender louvres and dive planes help it slice through the air. Along with the diffuser and dual-element rear wing, these aero features enable the MK II to produce 400 percent more downforce than its road- and race-ready counterparts.

This exotic machine can pull more than 2Gs of lateral grip, and is far lighter than the other vehicles in the GT family. It lacks the adjustable ride height and drive mode features that are included in the street legal version, and its suspension is kitted out with five-way adjustable shock absorbers with a lowered and fixed ride height to improve cornering. 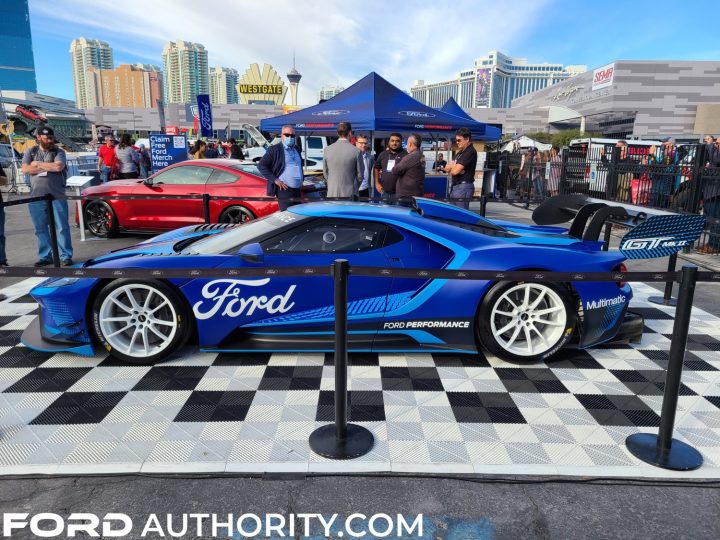 Right behind the roof, the MK II features a roof-mounted intake that directs cool air into the auxiliary engine, clutch and transmission coolers, which help keep this high-performance sports car from breaking a sweat under extreme conditions. The engine is further cooled by a high-capacity air-to-air outboard mounted charge air cooler, allowing the MK II to maintain power in extreme temperatures. 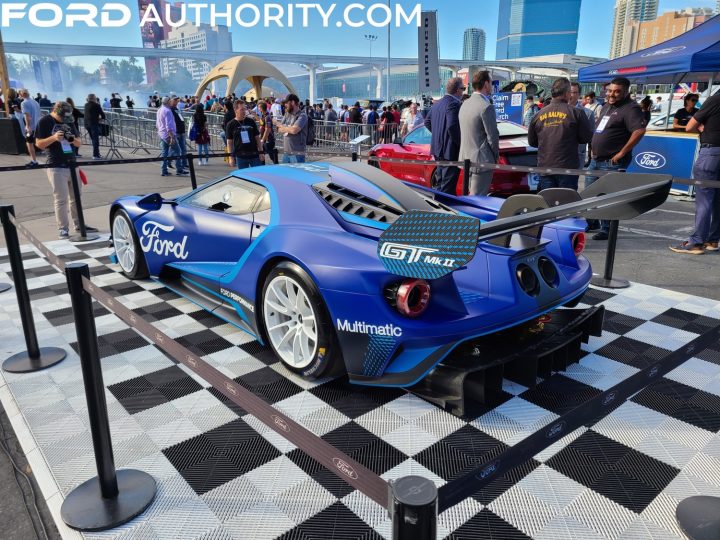 Speaking of power, the Ford GT MK II retains the same twin-turbocharged 3.5L V6 EcoBoost engine as other vehicles in the GT family, but since there is no sanctioning body to impose restrictions on power, the boosted six makes a whopping 700 horsepower. That engine bolts to a seven-speed dual-clutch transmission.

To help rein all that power in, the MK II features high-performance carbon ceramic brakes, including 15.5-inch front and 14.1-inch rear Brembo brakes. It rolls on a set of unique forged aluminum 19-inch wheels that are wrapped in race-proven Michelin Pilot Sport GT tires that provide the ideal amount of grip for any on-track condition. 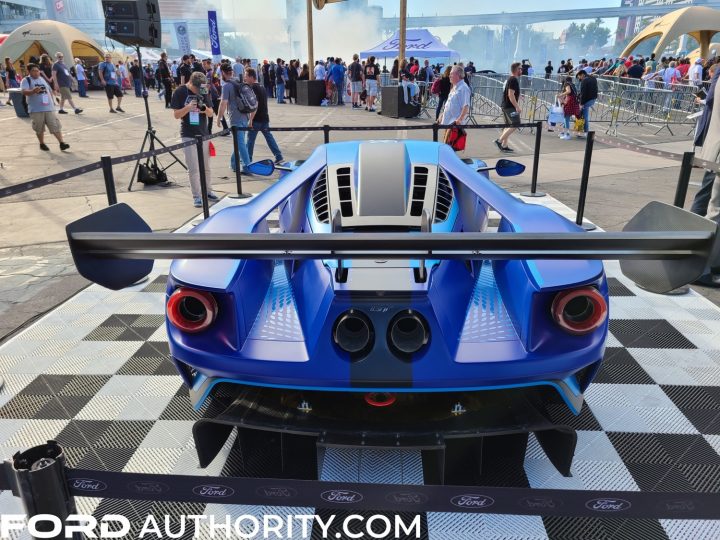 The MK II starts life at the main Ford GT plant in Markham, Ontario before being transferred to a specialist facility at Multimatic Motorsports, where it is crafted into the track-focused beast seen here. Only 45 units were produced, carrying a starting price tag of $1.2 million each.