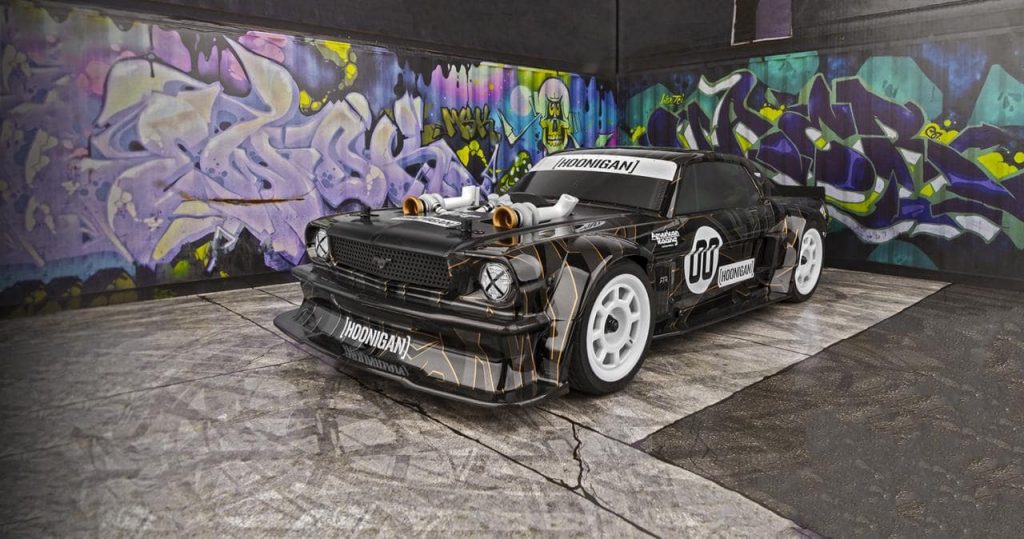 Ken Block’s Ford Mustang Hoonigan Hoonicorn is easily one of the wildest pony cars ever created, and even though it was specifically designed to go sideways around corners, it’s also virtually unbeatable in a straight line, too. Block and Ford ended their decade-long relationship back in January of 2021, and the head Hoonigan sold off a host of his Blue Oval rides, including the Hoonitruck, but he has kept the Hoonicorn in his collection, regardless. Now, fans of that particular ride can snag their own radio controlled version, courtesy of the folks at Associated Electronics. 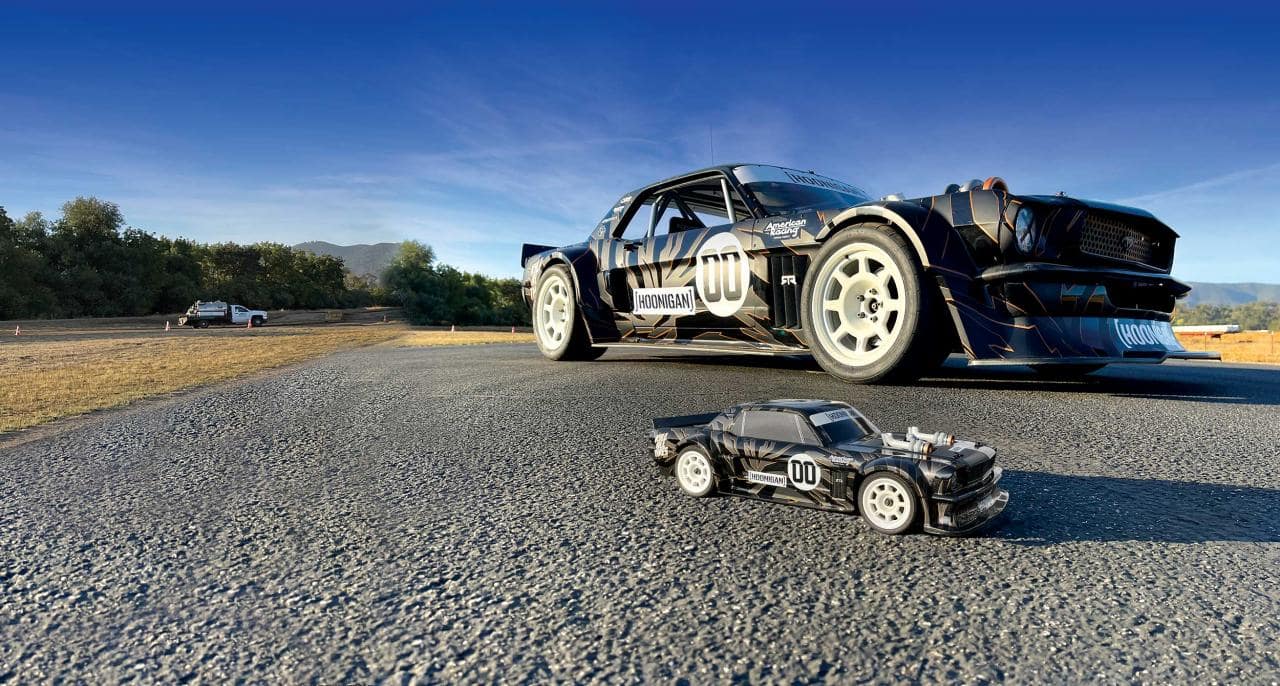 The Ford Mustang Hoonigan Hoonicorn RC car is built on the company’s new Apex2 chassis and features a host of incredible details, including a set of officially licensed American Racing VF503 Wheels, that make it look just like the real thing. It may not have 1,400 horsepower like its full-size counterpart, but the RC racer is plenty fast thanks to its Reedy brushed speed control and three-pole brushed motor, and is also available with a Reedy Compact Balance Charger and a 7.4V 2S LiPo Battery with a T-plug as well. 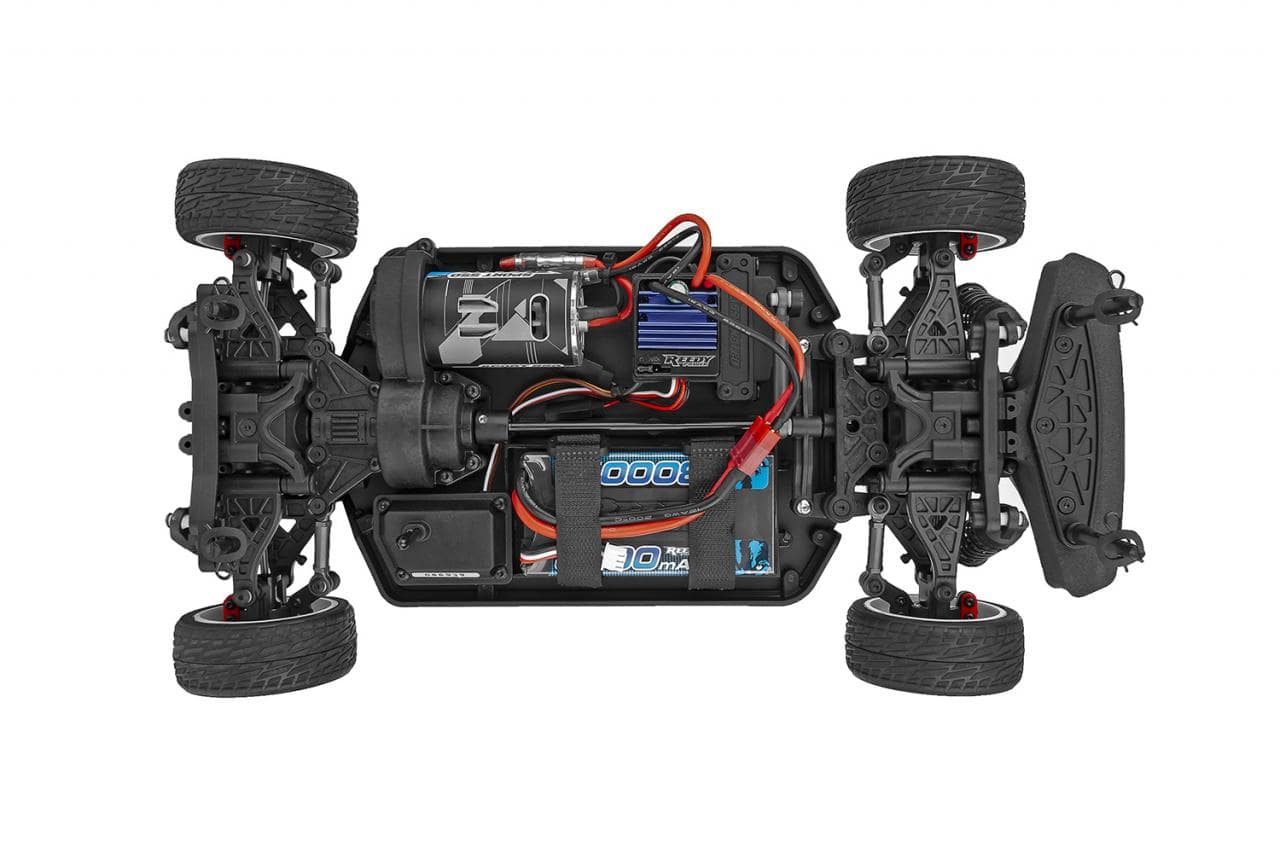 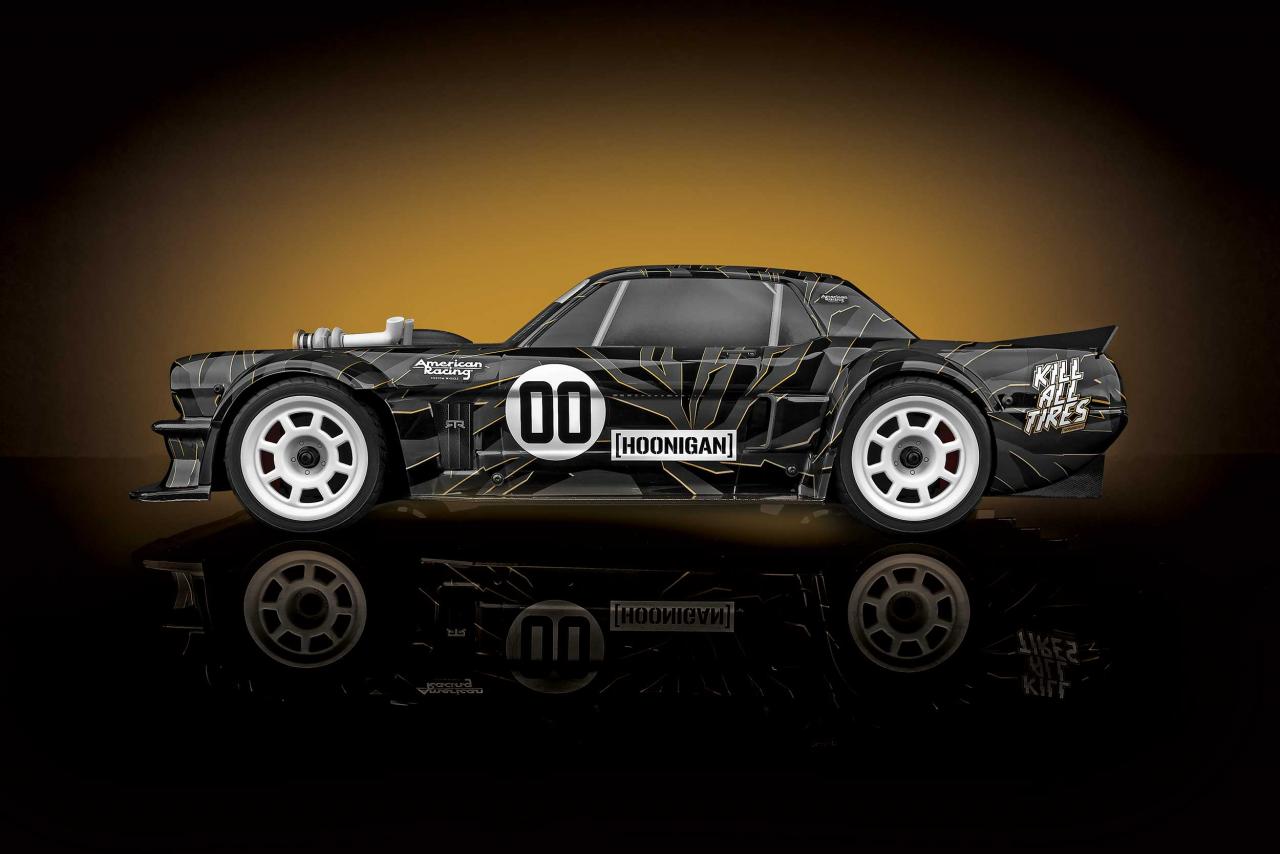 The Ford Mustang Hoonigan Hoonicorn RC car retails for $395.99 or $459.99 with the aforementioned charger and larger battery, though the latter unit isn’t currently available. Regardless, this new toy looks like a heck of a lot of fun for anyone who’s ever dreamed of living a day in Ken Block’s racing shoes.

We’ll have more cool toys this to share soon, so be sure and subscribe to Ford Authority for more Ford Mustang news and non-stop Ford news coverage.