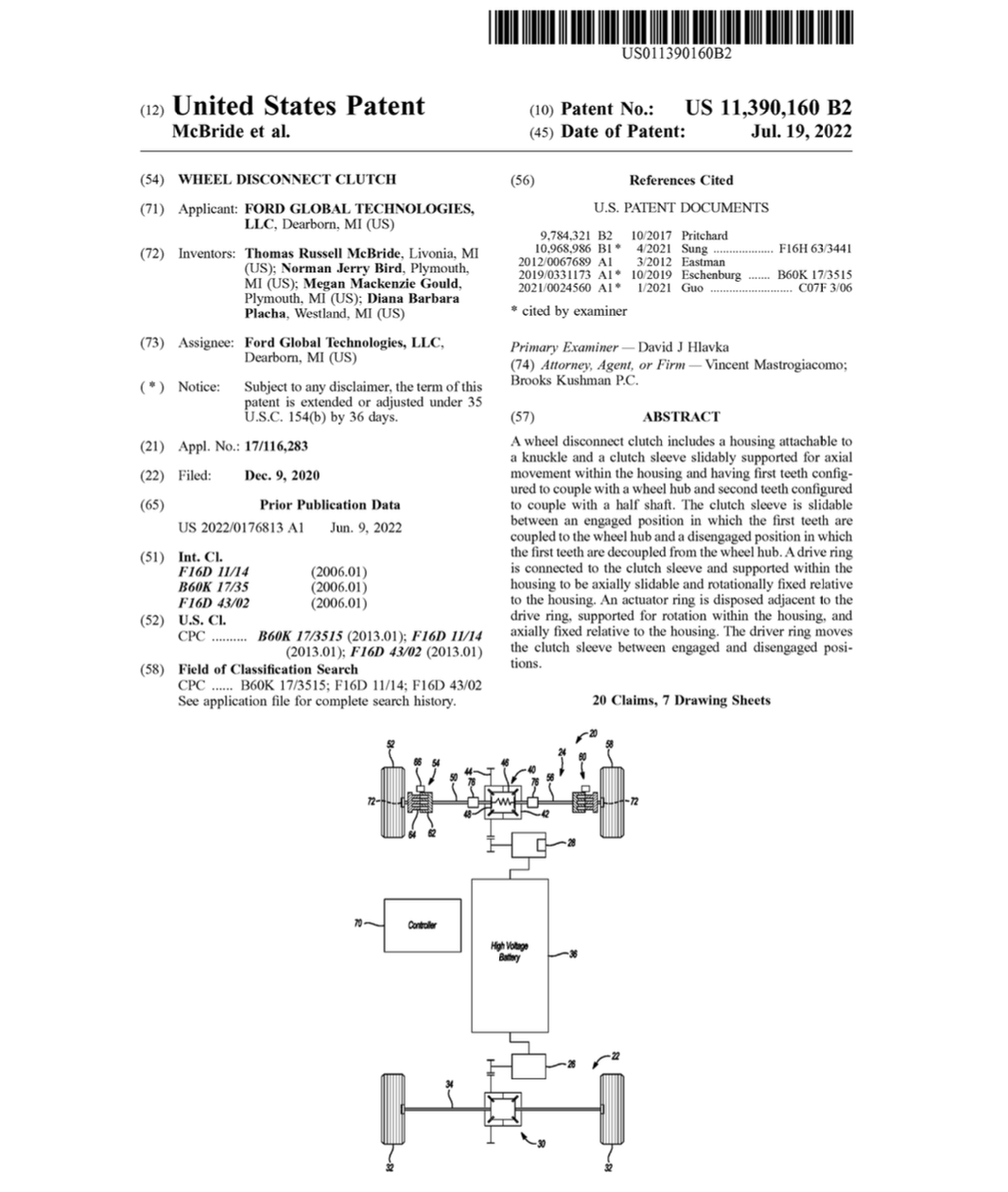 Ford has filed a number of transmission-related patents in recent months, including one for a manual transmission with an electric clutch, a drift mode for automatic transmission-equipped vehicles, and a triple clutch all-wheel drive system. Now, this new Ford patent outlines an idea for a wheel disconnect clutch system that could prove useful in all-electric models such as the Ford Mustang Mach-E, which has been extremely popular in all-wheel drive configuration, as well as the Ford F-150 Lightning, which is exclusively sold in an all-wheel drive configuration with dual electric motors. 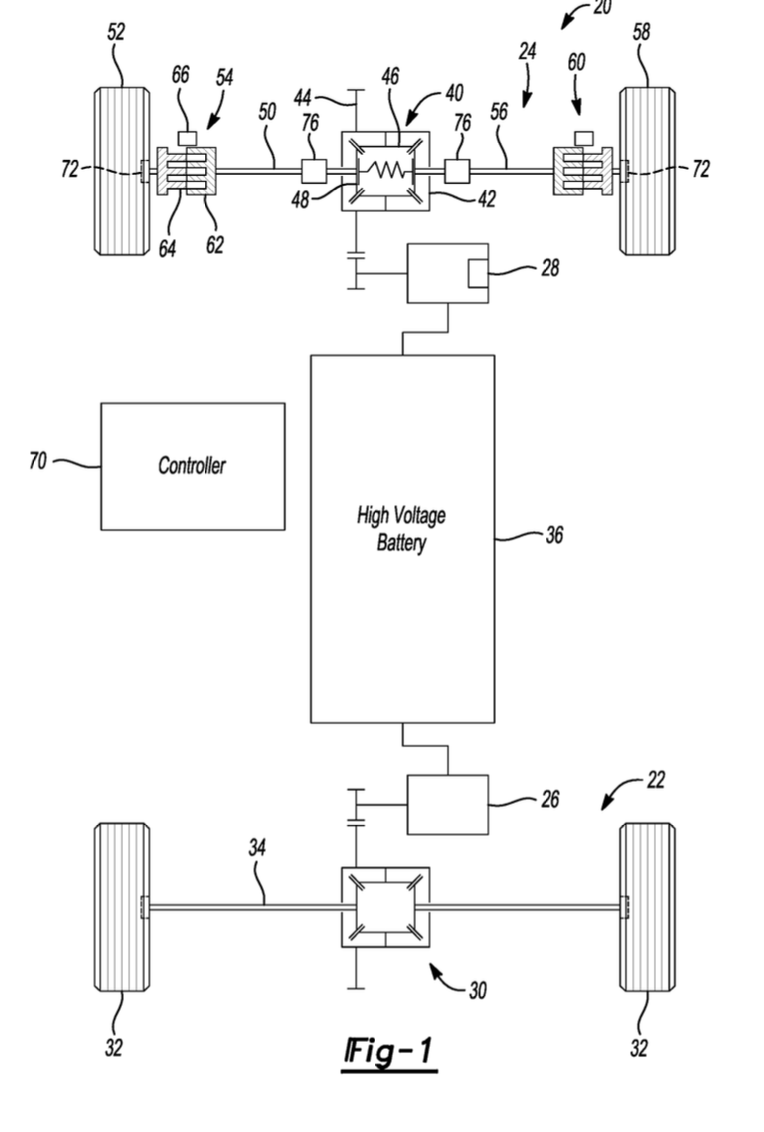 This new Ford patent depicts a system that contains a wheel disconnect clutch that could connect or disconnect a wheel hub from a half shaft on demand, depending on conditions. In traditional ICE vehicles, the powertrain is always connected to the driven wheels, though in some all-wheel drive applications, a secondary actuator may be de-energized when it isn’t needed. However, in these vehicles, the actuator and other components may continue to rotate, which creates spinning losses. 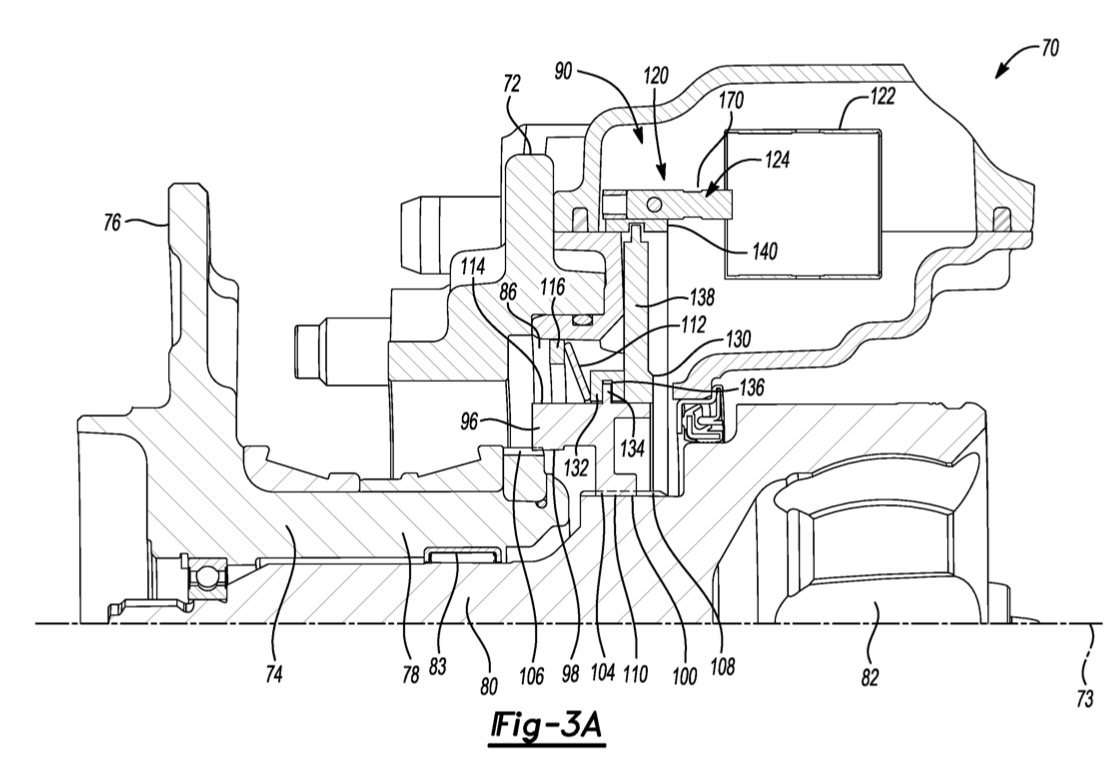 That isn’t the case with the system depicted in this patent, which would completely disconnect the wheel hub from the half shaft, rending that particular drive wheel free from the powertrain. This would presumably provide a better way to disconnect the drive wheels at the front or rear when they aren’t needed, improving the efficiency of the vehicle in question, particularly in the case of EVs, as it seems from this particular patent filing.