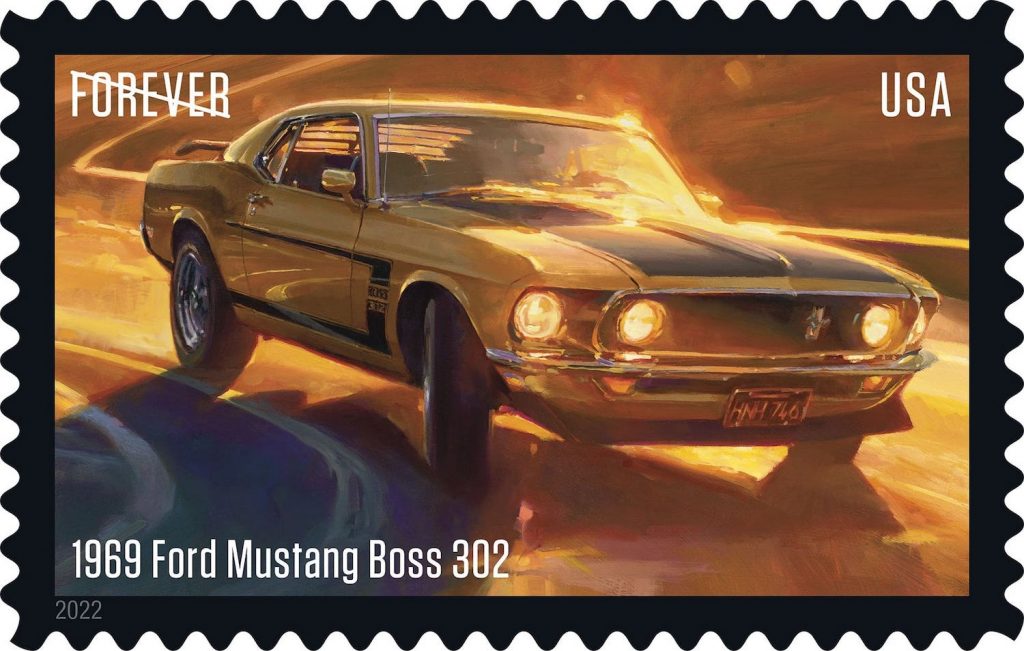 In the past, a number of Ford vehicles have been featured on postage stamps, including some classic Blue Oval pickups, while the Ford Mustang has been immortalized numerous times in various forms, including limited-edition Hot Wheels models. Now, the United States Post Office (USPS) is paying tribute to Ford pony cars once again with a new series of Forever stamps featuring five different designs. 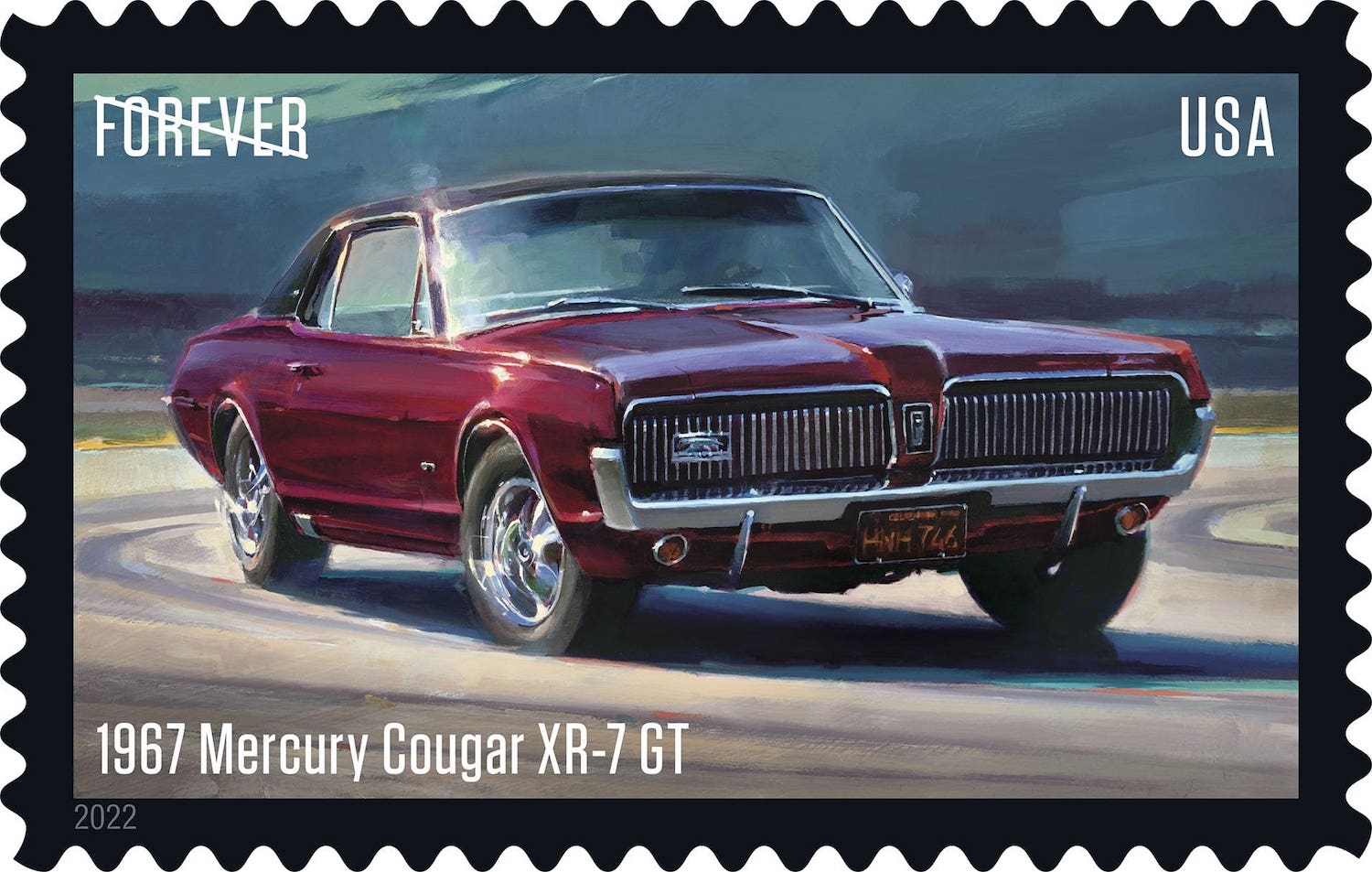 What’s particularly interesting about this new stamp collection of Ford pony cars is that it features just one Mustang – the 1969 Boss 302, as well as the 1967 Mercury Cougar XR-7 GT. The other three stamps in the collection consist of non-Blue Oval machines including the 1969 Chevy Camaro Z/28, 1969 AMC Javelin SST, and 1970 Dodge Challenge R/T.

Regardless, this new stamp collection is a pretty cool offering from USPS celebrating a very important era in American automotive history, a time when the stylish, affordable, youth-oriented performance vehicle was all the rage. The Pony Cars Forever stamp collection is set to make its debut at an upcoming first-day-of-issue event at the Great American Stamp Show in partnership with the American Philatelic Society at the SAFE Credit Union Convention Center in Sacramento, California on August 25th. The event is free and open to the public.

After that, the Pony Cars Forever stamp collection will be available to purchase at Post Office locations across the country, via phone order, by mail through USA Philatelic, or at the official USPS site. Considering how obsessed we are with vintage Blue Oval vehicles in general, we’ll certainly be stocking up on these cool stamps, which are immune to any future postal price increases, as is the case with all Forever stamps, of course.

The Chip Shortage May Change The Way Ford Does Business Forever