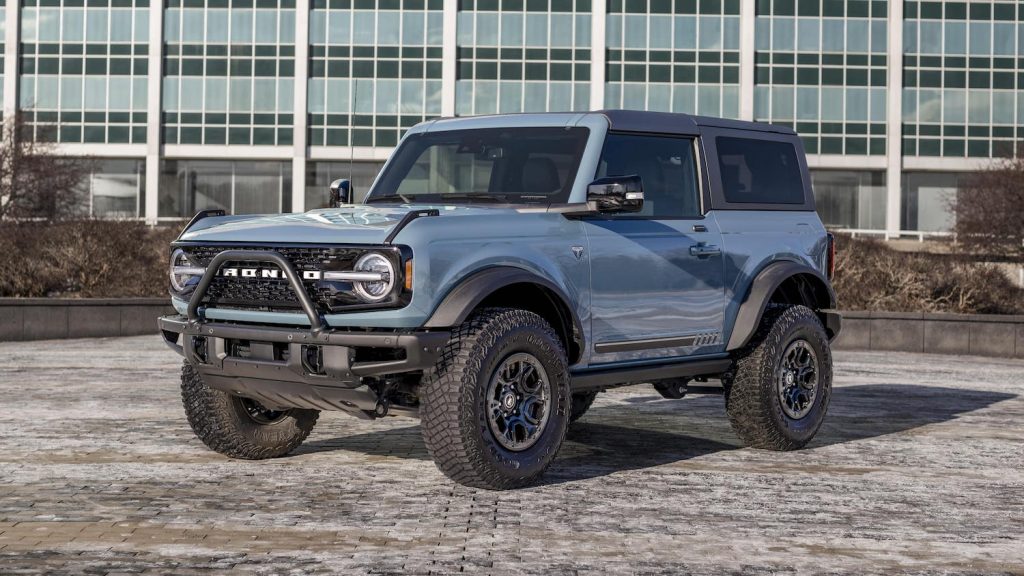 Filed on June 30th, 2022 under serial number 97484052, this application contains the goods and services description of “automobile customization services and car repair and maintenance.”

Ford is in the midst of a major parts and accessories push as more and more buyers are seeking to purchase those very items these days. The Ford Bronco, along with the Ford Maverick, have been two of the most commonly customized vehicles in the automaker’s current lineup, leading FoMoCo to focus more on producing and selling off-road-related parts and accessories than goods for sedans and other passenger and/or performance vehicles.

The Ford Bronco was designed from start to be a modular vehicle that’s incredibly easy to customize, and the aftermarket has responded in a big way. Meanwhile, Ford has also rapidly expanded its own catalog of Bronco offerings, many of which can be installed right at the dealership or even before the vehicle is delivered. This new Ford trademark takes that concept to the next level, presumably.

The new trademark for Bronco Barn likely signals that Ford is planning on creating a separate outfit that specializes in customizing that particular model, which is something that certain dealerships already do. It’s a natural next-step for the rugged SUV, particularly as Ford continues to ramp up production of the incredibly popular model. More and more Bronco owners will be looking to scratch the itch to personalize and upgrade their vehicles in the coming years, which something like Bronco Barn could take full advantage of.

We’ll have more on this and all of Ford’s trademark filings soon, so be sure and subscribe to Ford Authority for the latest Ford Bronco news, Ford trademark news, Ford business news, and non-stop Ford news coverage.