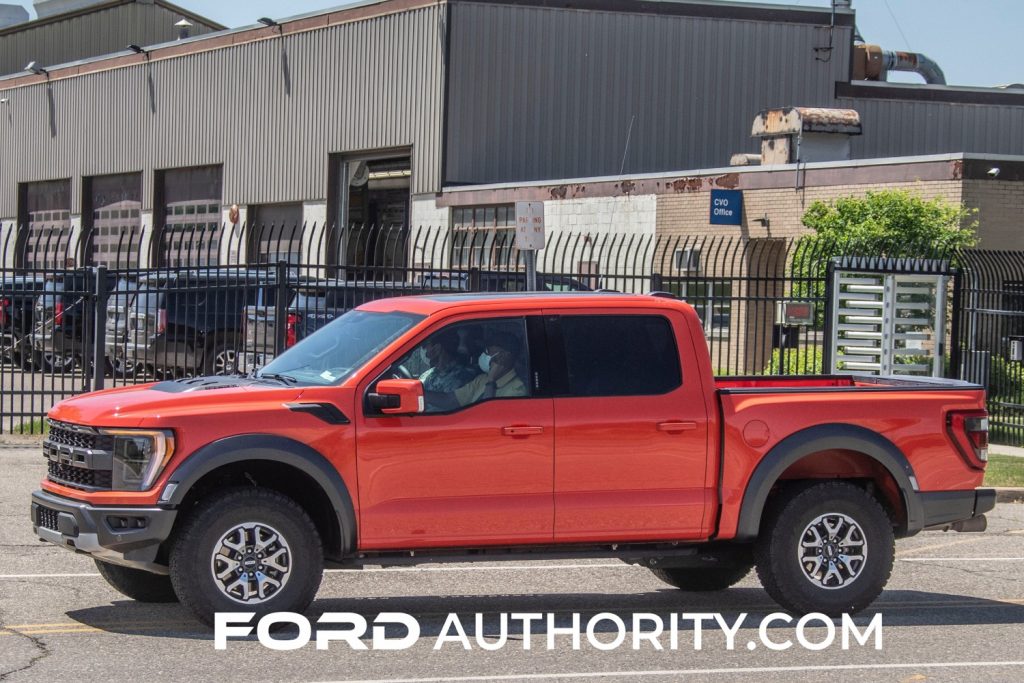 Benchmarking is a common practice in the automotive industry as automakers continue to try and stay ahead of the competition, and in that regard, long-time rivals Ford and General Motors keep close tabs on each other. Most recently, Ford Authority spies spotted GM benchmarking the 2022 Ford F-150 Lighting, and now, those same spies have come across FoMoCo’s cross-town rival benchmarking the Ford F-150 Raptor against both a Chevy Silverado ZR2 Bison and the just-revealed 2023 GMC Sierra AT4X AEV Edition outside of its own property as part of a convoy. 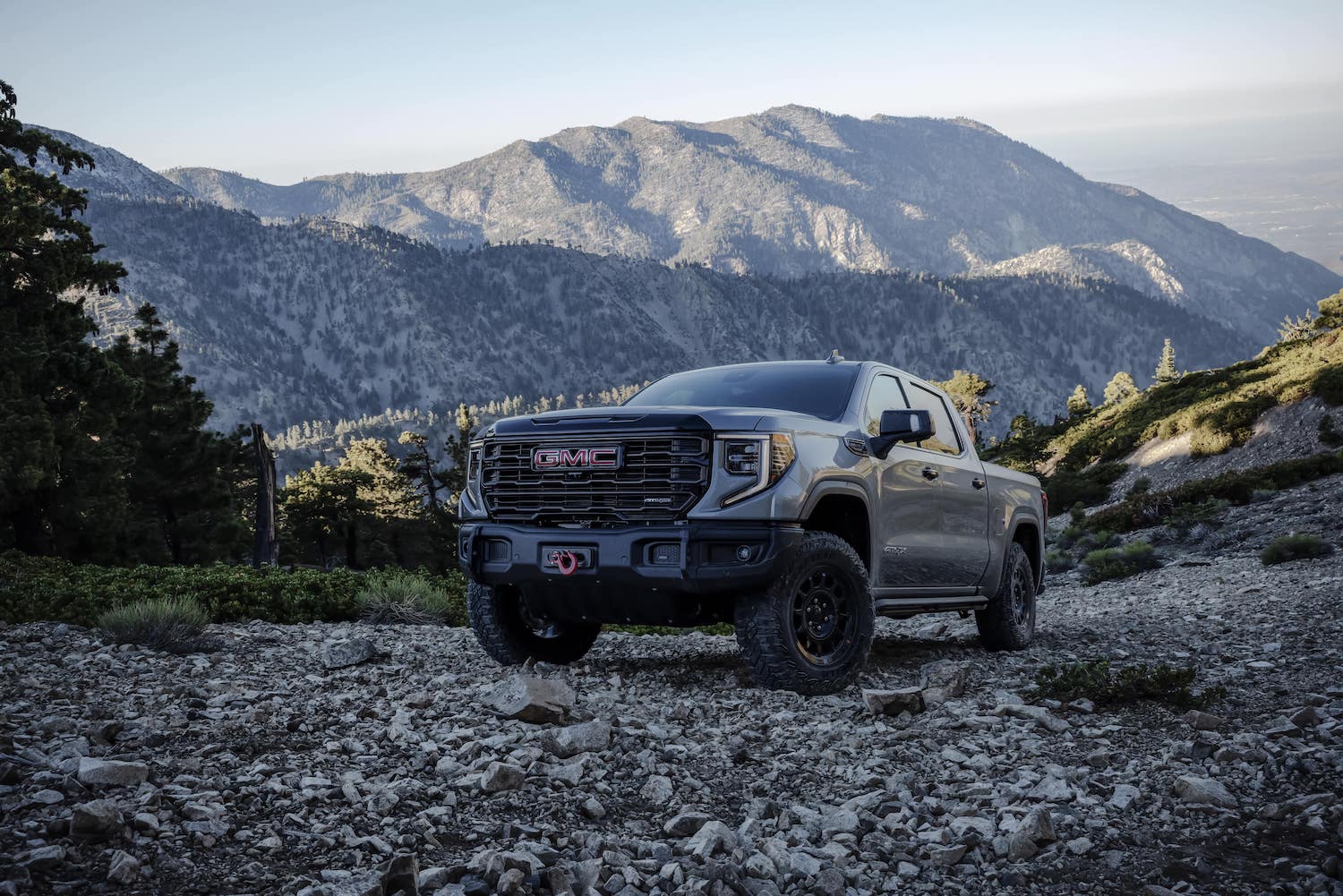 All-new for the 2021 model year, the third-generation Ford F-150 Raptor features a host of updates including a five-link rear suspension with coilovers, a 37-inch tire option, revised styling, and Fox shocks with live valve technology. However, it also carried over with the same output from its existing twin-turbocharged Ford 3.5L V6 EcoBoost powerplant – 450 horsepower and 510 pound-feet of torque.

GM released a pair of F-150 Raptor rivals in the Chevy Silverado ZR2 and GMC Sierra AT4X for the 2022 model year, which offer more off-road capability thanks to a bevy of upgrades including Multimatic 40mm DSSV dampers, electronic locking differentials, skid plates, and beefier tires. Both lag behind the F-150 Raptor in terms of power, however, as each is equipped with the same 6.2L V8 available in the standard Silverado, which is rated to produce 420 horsepower and 460 pound-feet of torque 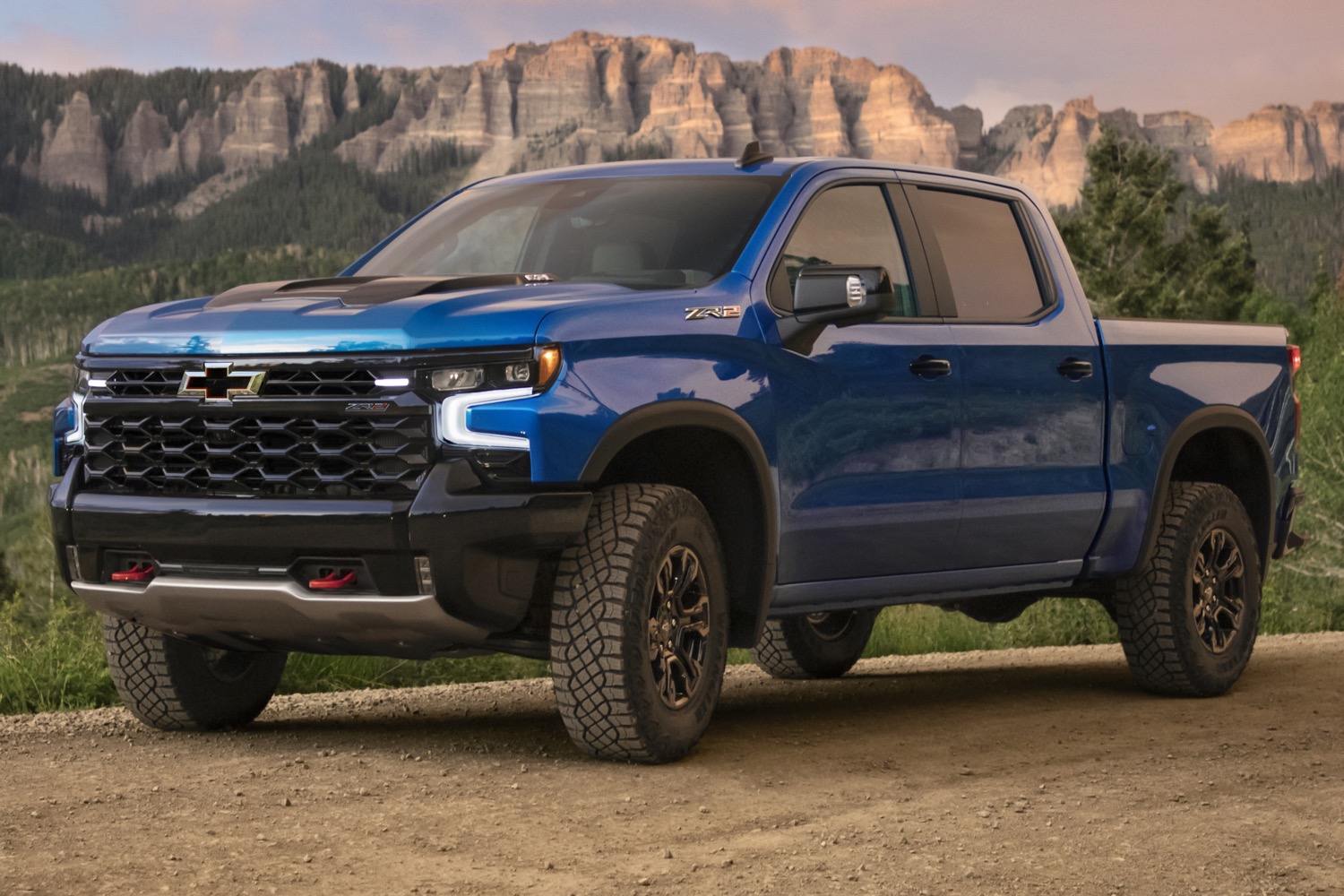 The AT4X AEV Edition features different bumpers that improve approach, departure, and breakover angles when compared to the regular AT4X, along with beefier skid plates, AEV wheels, 33-inch Goodyear Wrangler Territory MT tires, a revised front fascia and grille, and a few other special touches, albeit the same 6.2L V8 with the same output. Meanwhile, the The Silverado ZR2 Bison – which has not yet been revealed – is expected to feature similar upgrades over the regular ZR2, making it bit more of a direct rival to the F-150 Raptor, even if it is down on power compared to its wide body rival.

We’ll have more on the F-150 Raptor soon, so be sure and subscribe to Ford Authority for the latest Ford F-150 news, Ford F-150 Raptor news, and comprehensive Ford news coverage.