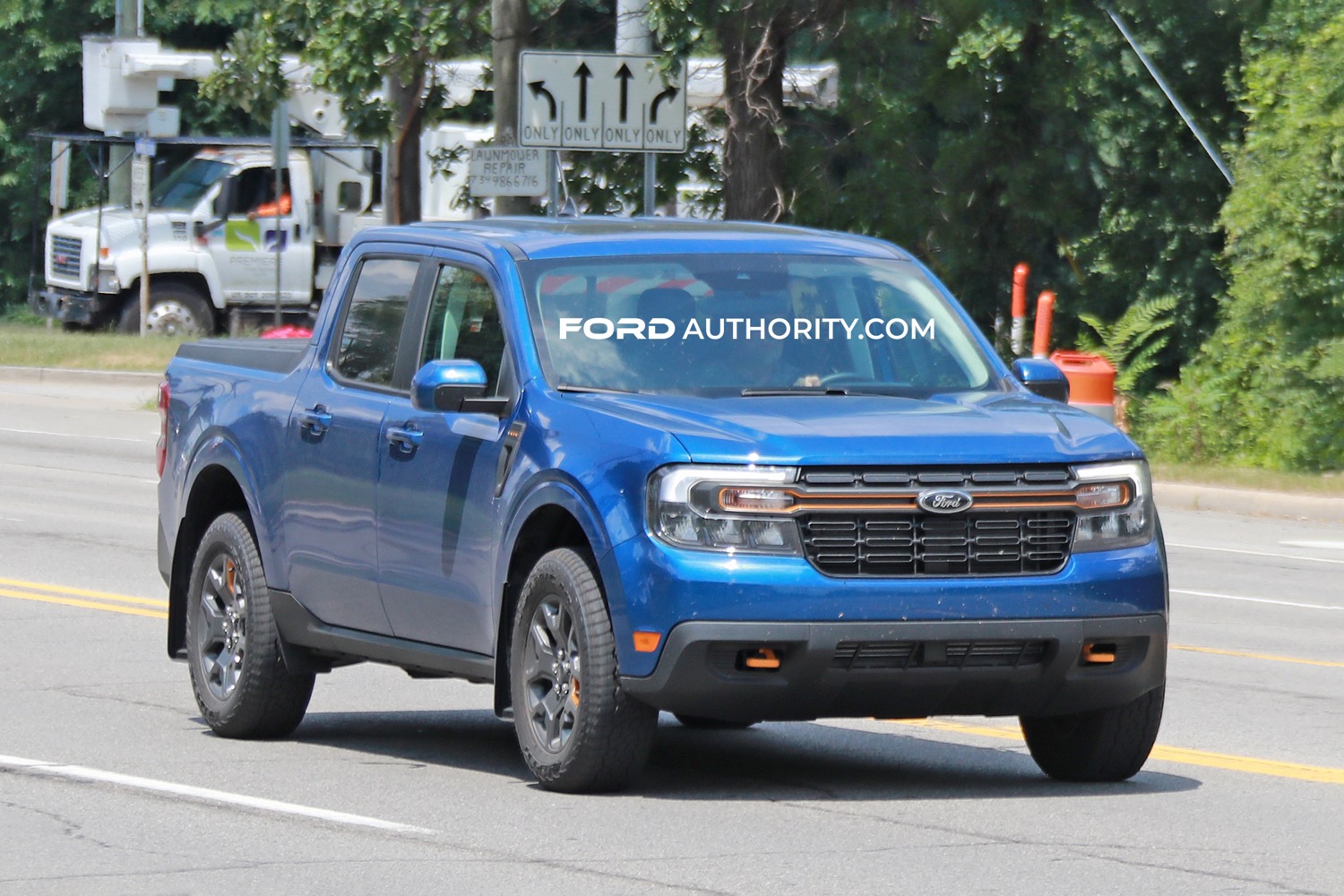 Just yesterday, Ford Authority spies spotted what could be a 2023 Ford Maverick Tremor completely uncovered for the very first time. This development didn’t come as a huge surprise, however, as the popular, now “iconic” pickup is highly likely to receive new variants moving forward, as Ford Authority previously reported. Among them, an off-road-oriented model was the most likely, though it was previously unclear what FoMoCo would call this more rugged Maverick. However, yesterday’s prototype and this new, Velocity Blue 2023 Ford Maverick Tremor both wear a number of exterior styling details that match up nicely with existing Tremor models in The Blue Oval’s lineup. 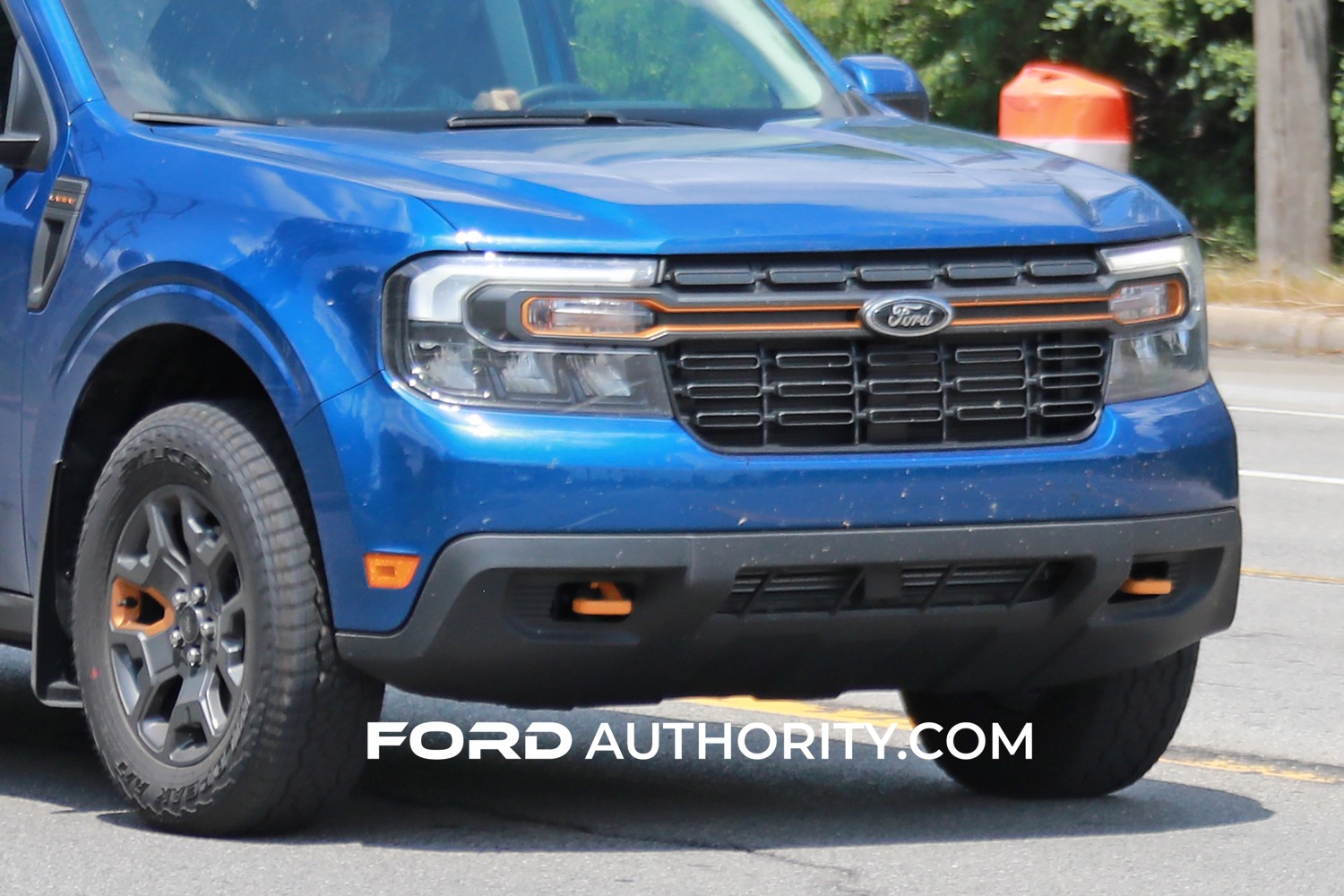 In the front, those unique touches include a pair of orange-painted tow hooks and grille accents, along with a different lower fascia that has seemingly been altered to improve the pickup’s approach angle for off-roading purposes. There is also some new gray trim around the headlights and front grille that isn’t present on the current Maverick lineup. 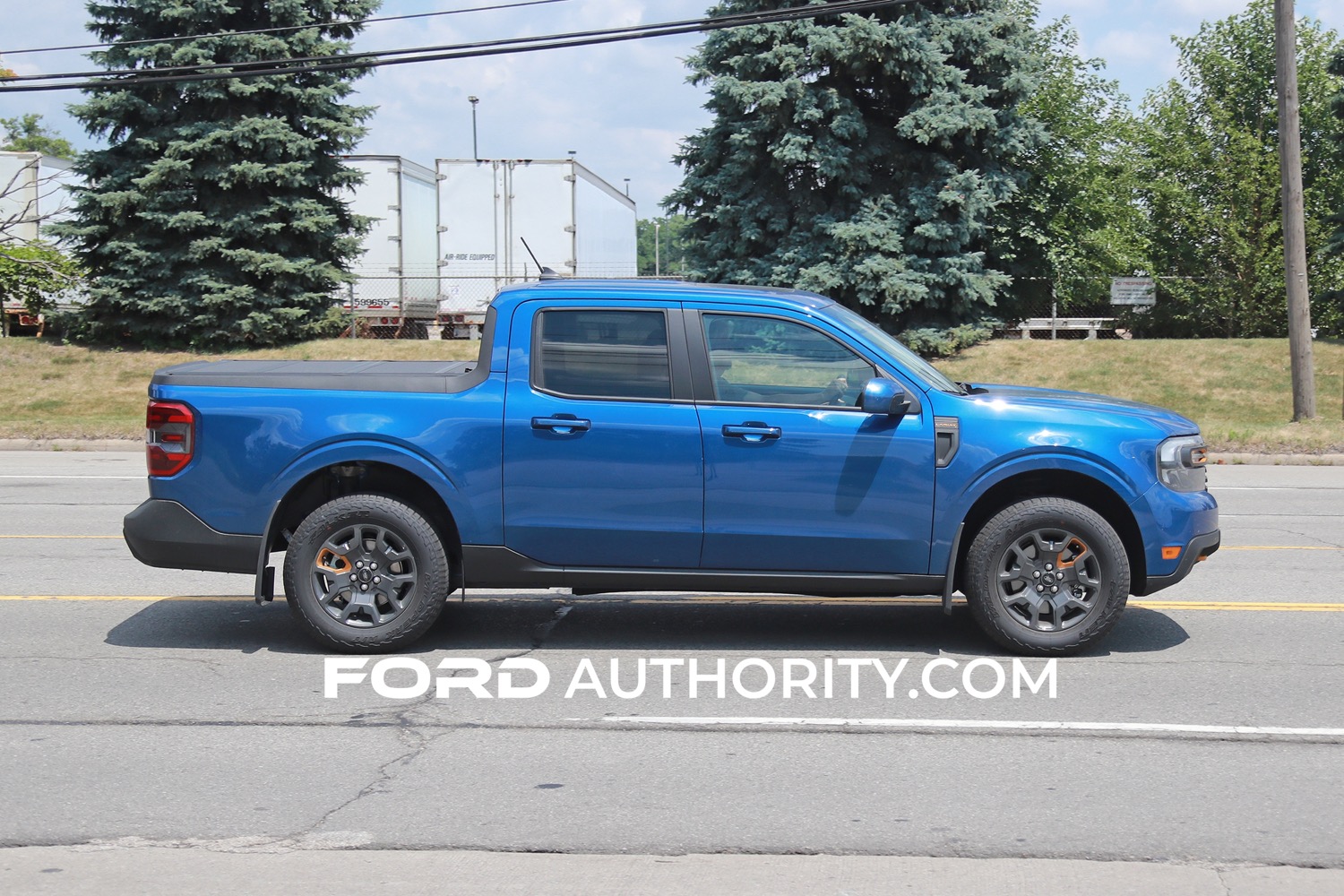 Along with a taller ride height, this prototype also appears to be wearing with the same Falken Wildpeak tires as Mavericks equipped with the FX4 Off-Road Package, though the wheels are silver-painted versions of the 17-inch blacked-out units that come with that package, albeit with orange-painted pockets as well. Generally, the FX4 package cannot be paired with the Tremor package on other pickups in FoMoCo’s lineup, but it’s possible that this may be the case with the Maverick. 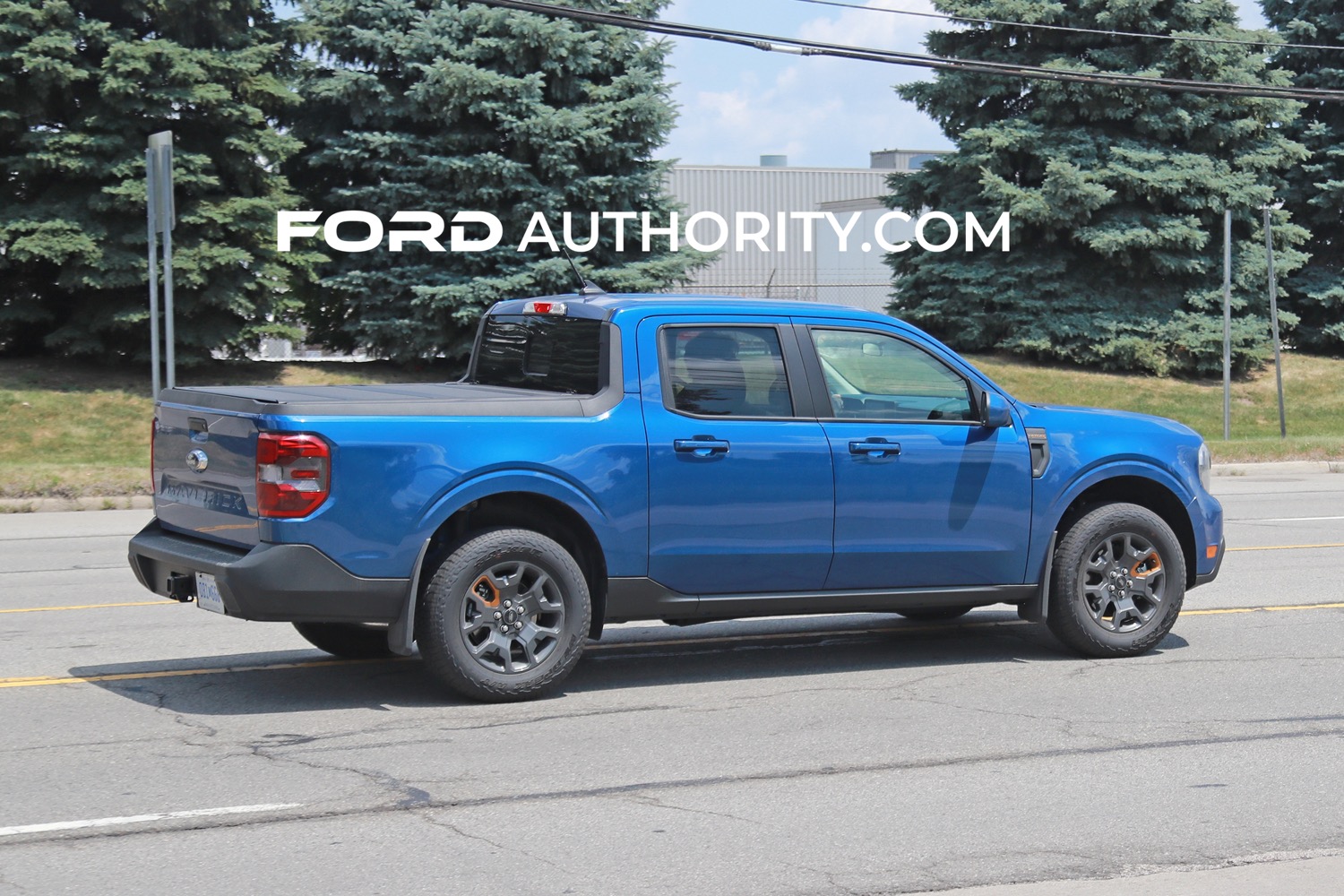 While the orange accents present appear to be a dead giveaway that this is, indeed, a Maverick Tremor, this pickup is also wearing an orange Lariat badge, which likely means that it’s equipped with that particular trim and the Tremor Off-Road Package, which is optional on Ford Ranger XLT and Lariat trims. Out back, a set of smoked-out taillights wraps up the obvious differences between this pickup and every existing Maverick in Ford’s lineup. 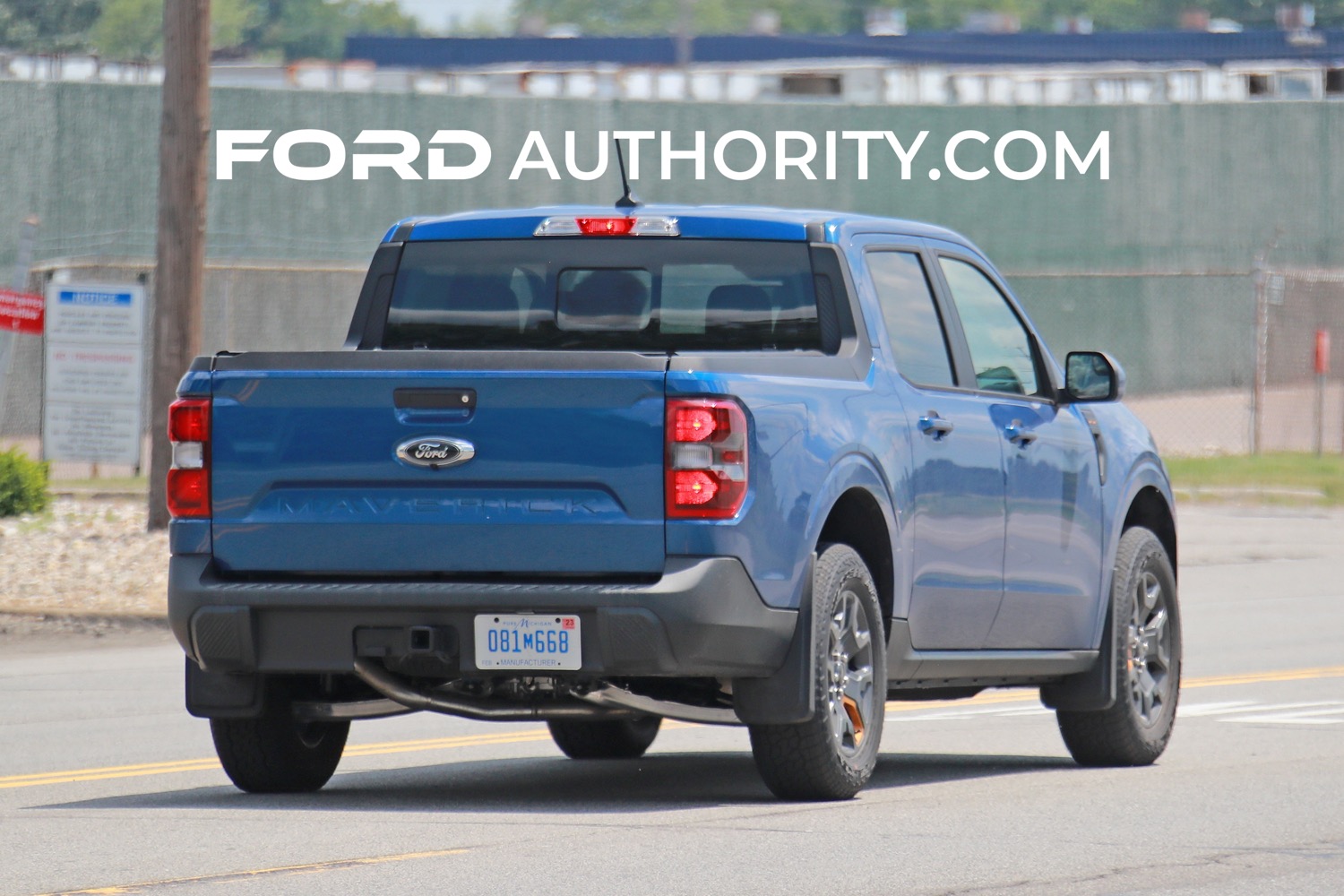 Aside from these visual changes, it’s also possible that the 2023 Ford Maverick Tremor could include mechanical modifications such as the twin-clutch all-wheel drive system that comes as standard equipment in the Ford Bronco Sport Badlands, which shares the Ford C2 Platform with the Maverick. Regardless, we should know more about this mysterious vehicle soon, as 2023 Maverick order banks are set to open on August 2nd, 2022, as Ford Authority reported earlier this month.

We’ll have much more on the Maverick Tremor soon, so be sure and subscribe to Ford Authority for more Ford Maverick news and 24/7 Ford news coverage. 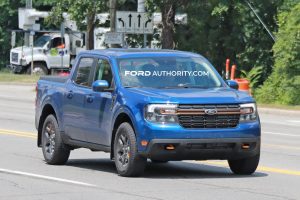 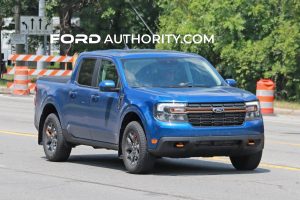 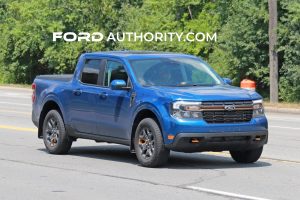 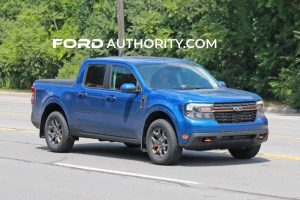 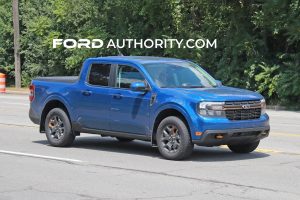 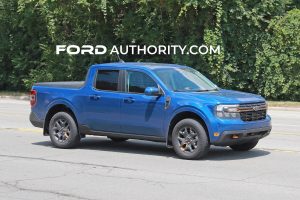 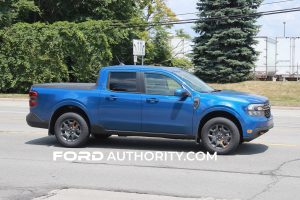 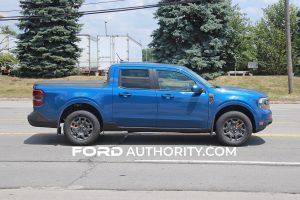 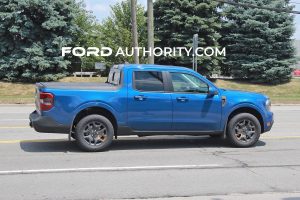 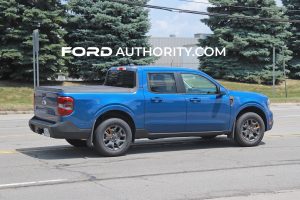 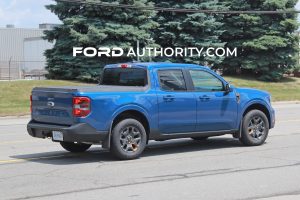 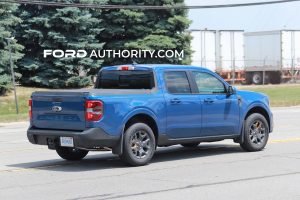 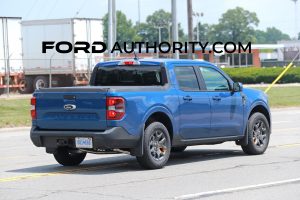 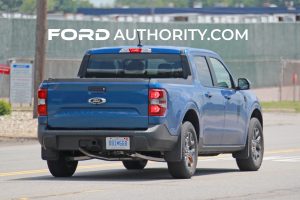 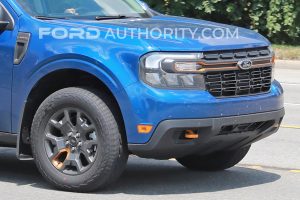 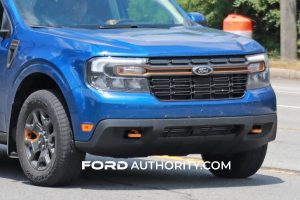