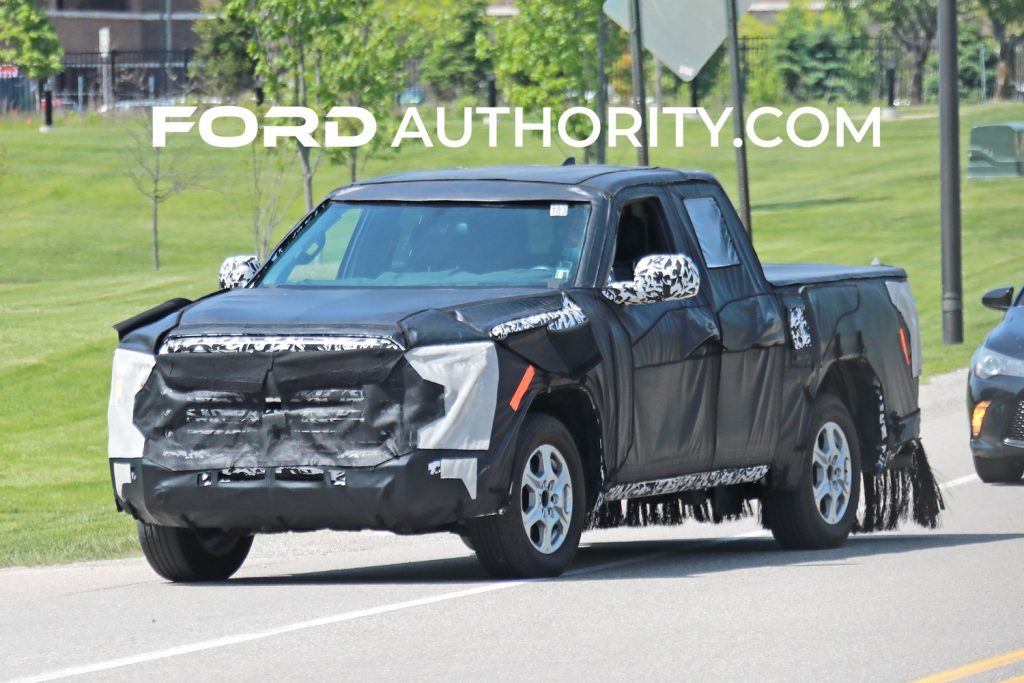 The all-new, next-generation Ford Ranger has already launched in some global markets, but won’t be arriving in the U.S. – alongside the Ranger Raptor – until next year as it begins its eight-year production run. Order banks for the new Ranger are scheduled to open up next week, and we may see a few interesting options including a long bed. Now, Ford Authority spies have spotted a Toyota Tacoma mule out testing, previewing a redesign for one of the Ranger’s chief rivals. 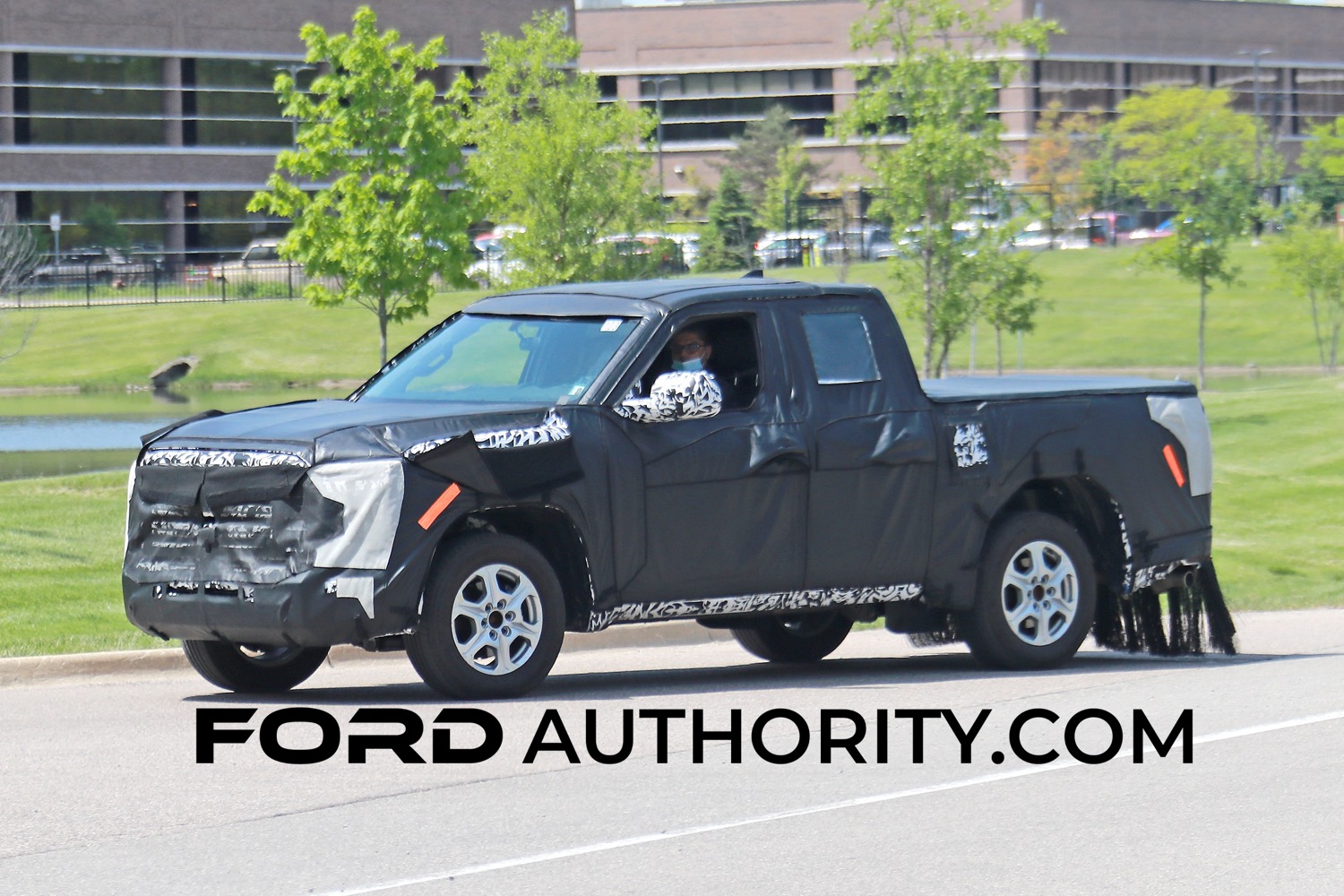 After replacing one of the oldest new trucks on the market with the all-new 2022 Tundra that competes with the Ford F-150 in the full-size light-duty truck space, Toyota is also reportedly working on a proper rival to the Ranger Raptor. Now, it seems as if the Japanese automaker is also in the process of developing a new Toyota Tacoma to replace the long-running current-gen model as well, which sorely needs some updates. 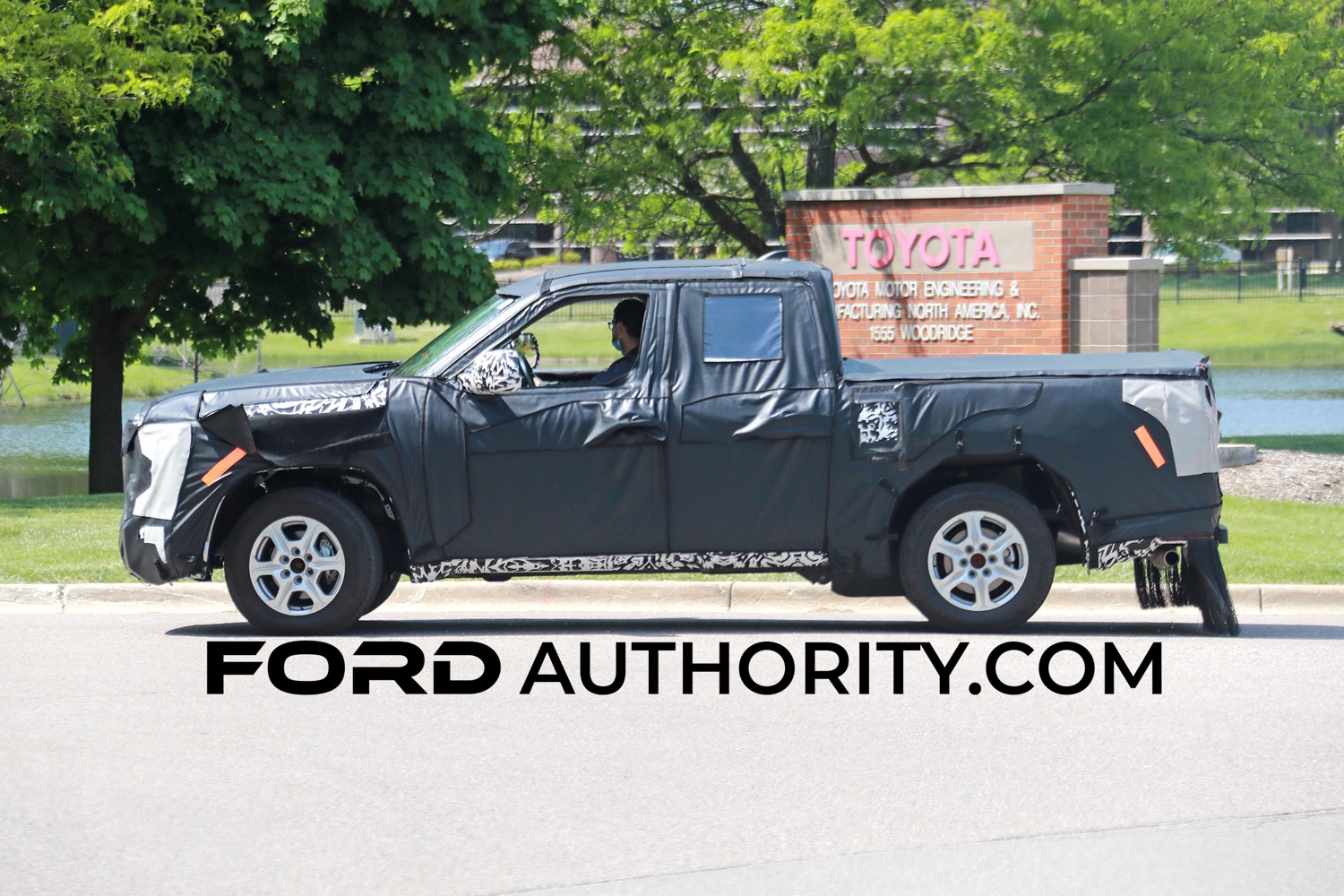 This Toyota Tacoma chassis mule was spotted testing in Ann Arbor, Michigan, and consists of a modified Tundra Double Cab body fitted to Toyota’s new TNGA-F body-on-frame platform, which will underpin the next-generation Tacoma. As such, many SR-trimmed Tundra details are present on the exterior, including its front grille and mirrors, along with a 5.5-foot bed that isn’t available on Tundra Double Cab models. Coupled with a shortened wheelbase, that gives this mule a rather unique and strange appearance. 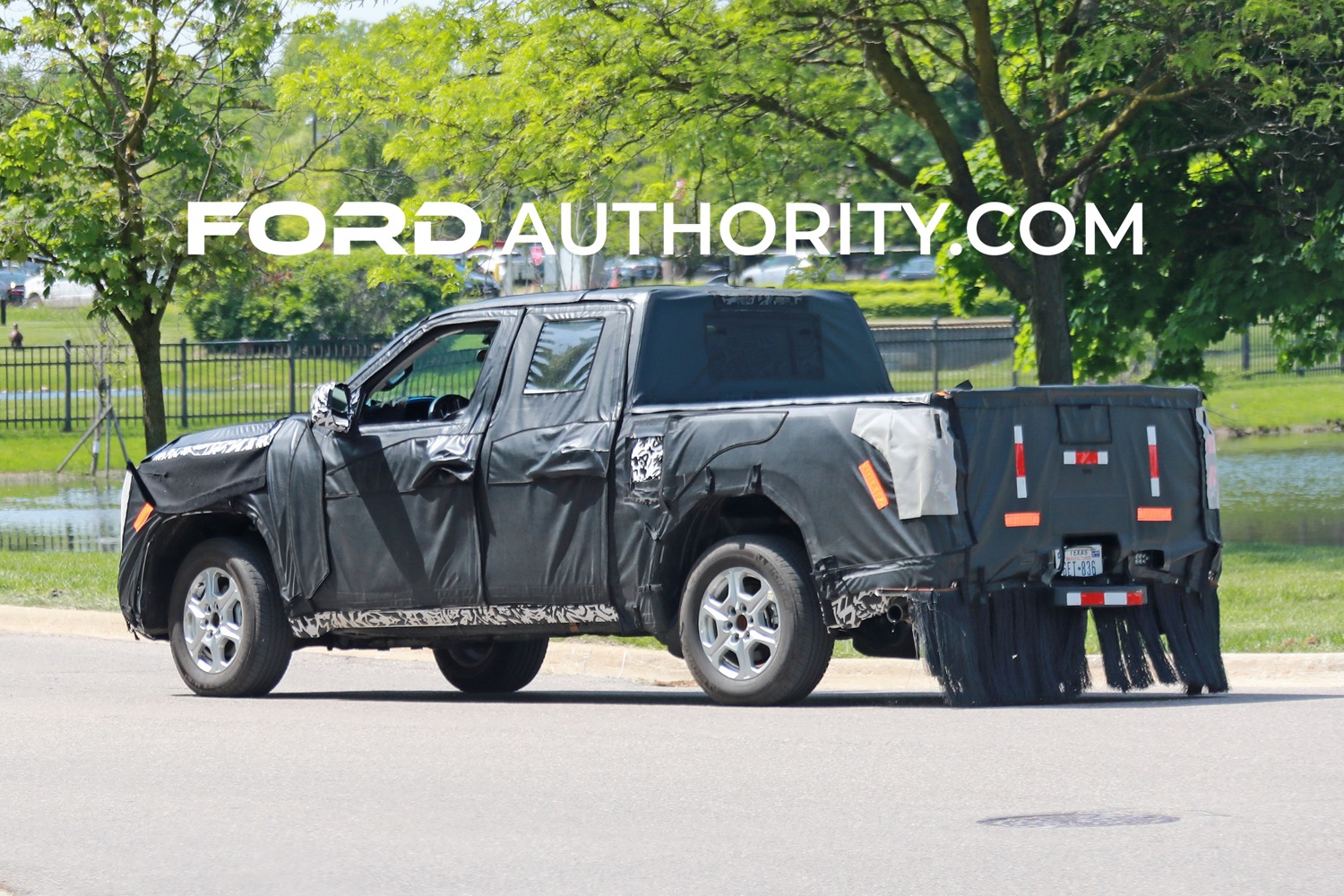 The next-gen Tacoma is expected to utilize a rear coil spring suspension like the Tundra, while powertrain options could include Toyota’s turbocharged 2.4L four-cylinder, which produces 265 horsepower and 309 pound-feet of torque in the new Highlander. Prototypes of the future model are expected to hit the roads later this year, with a launch following in late 2023. 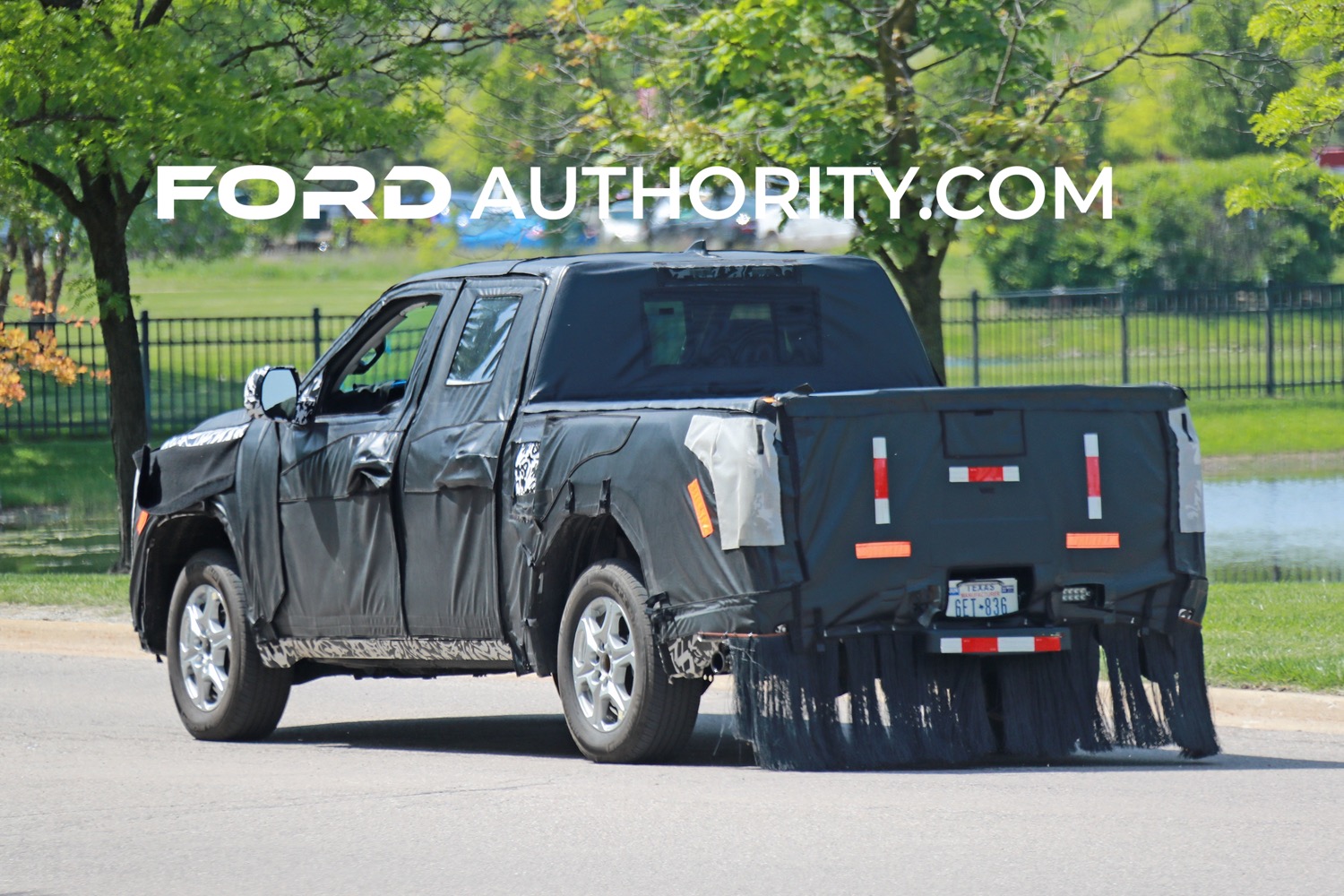 In spite of its age, the Tacoma continues to dominate the mainstream mid-size pickup segment in the U.S., commanding a 38 percent market share through the first half of 2022. The Ranger, meanwhile, trails behind it and other rivals including the Chevy Colorado, Nissan Frontier, and Jeep Gladiator with an 12 percent market share. 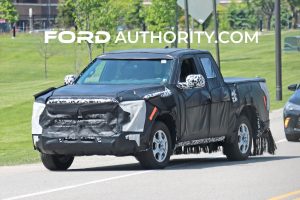 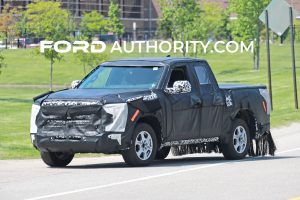 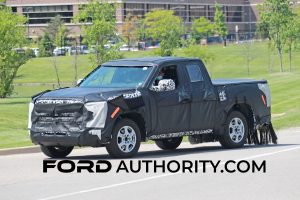 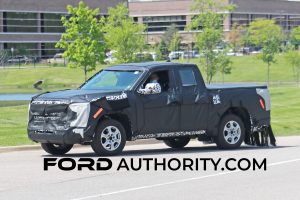 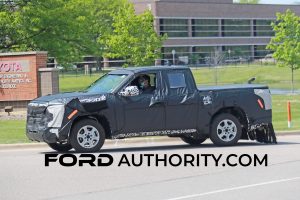 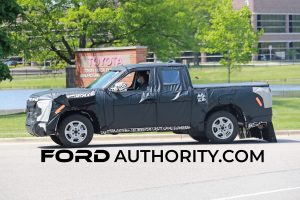 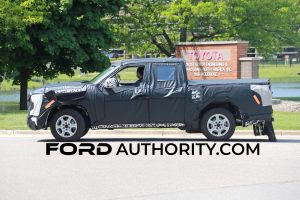 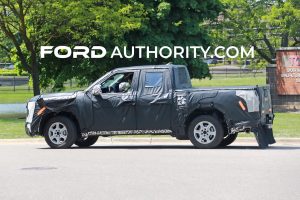 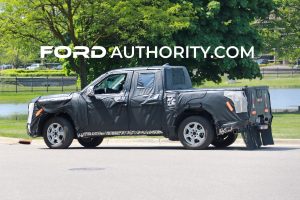 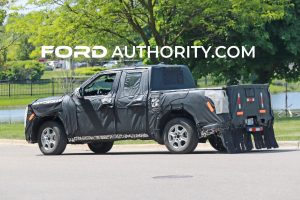 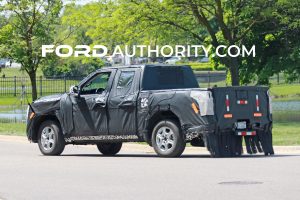 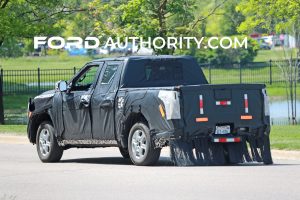