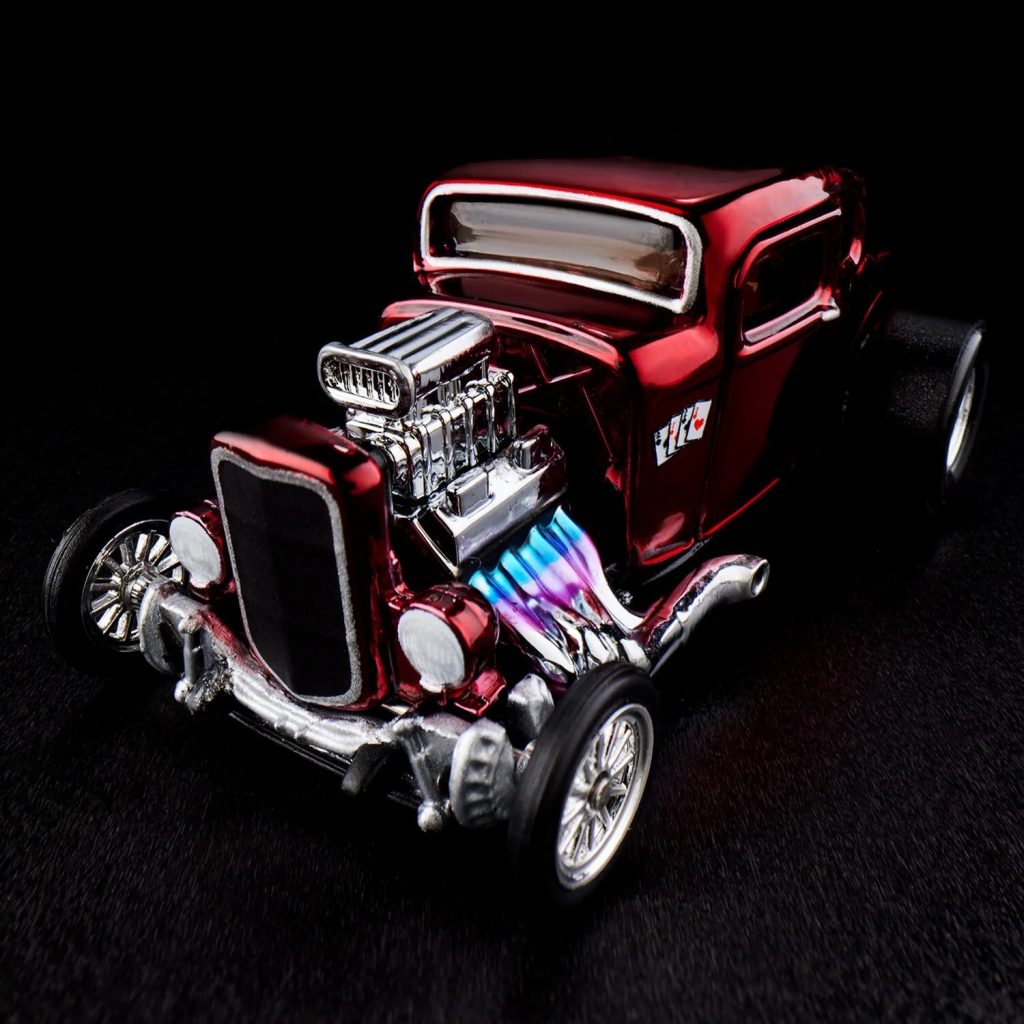 A large number of premium diecast Blue Oval models have launched in recent months, including not just one, but two 1962 Ford F-100 pickups, the Ford Mustang Mach-E 1400 racer, the Ford Mustang Boss Hoss, the 1967 Mustang She Country Special, and the 1993 Ford Explorer from the original Jurassic Park movie. Now, that collection is expanding yet again, this time with yet another offering from the Hot Wheels Red Line Club – a 1932 Ford Coupe, a legend in its own right. 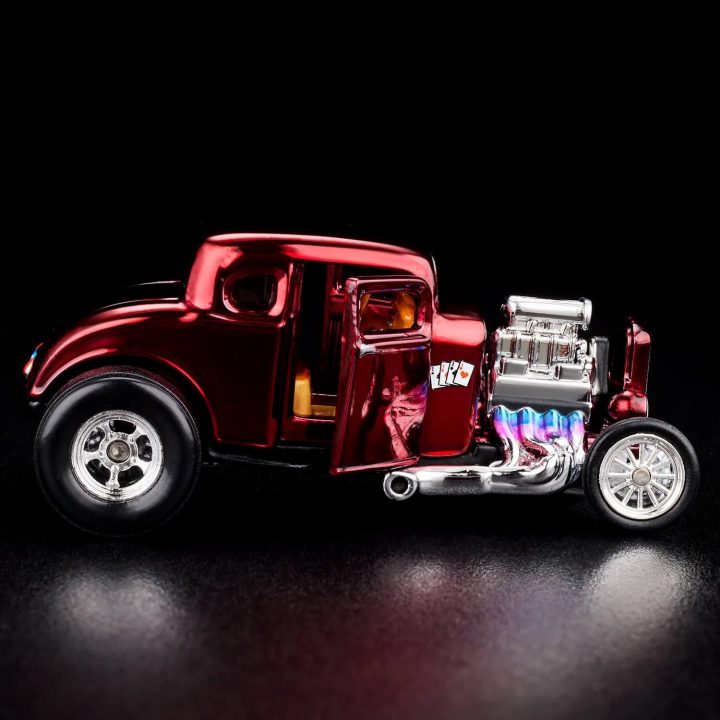 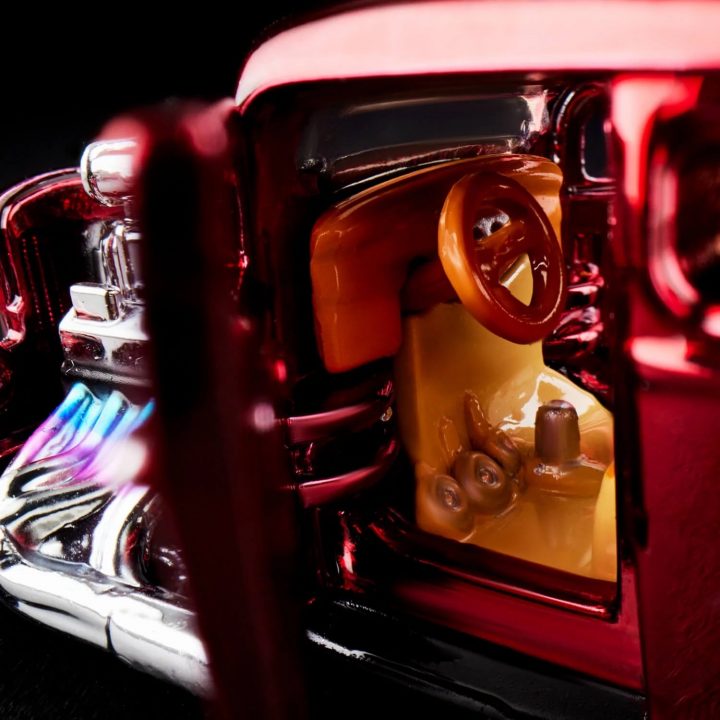 With smoke tinted windows concealing what’s inside, the Red Line ’32 Ford rides on a matte black-painted chassis and features a heavily detailed engine bay to boot. As for the interior, it’s quite custom as well, finished in tan with some painted details to help set it apart from a regular old mundane cabin. 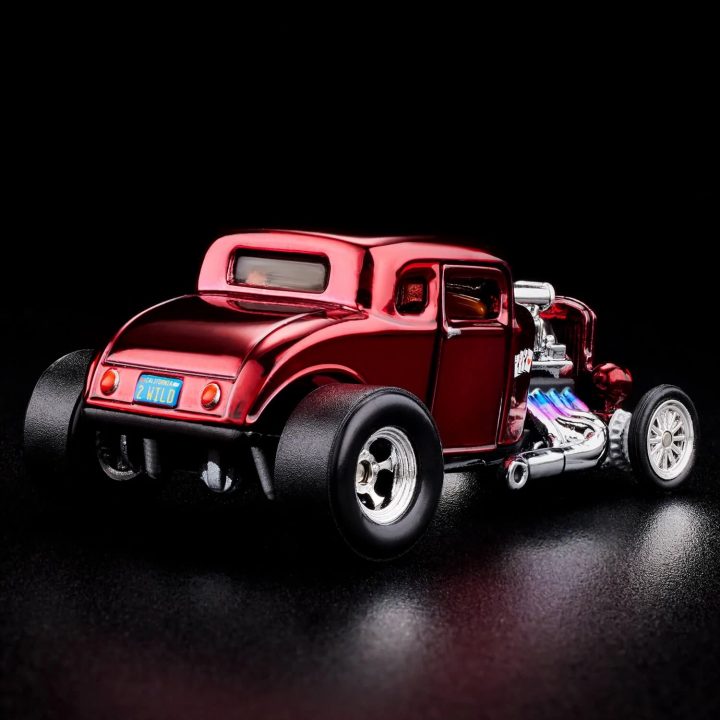 The latest Red Line Club 1932 Ford Coupe retails for $30 and will be available to purchase on August 30th, 2022. This particular offering is limited to one per customer, though also only to Red Line Club members. That’s a bit more strict than some previous diecast models from the same collection, which are typically limited to around five per household, but in this case, that might just make this particular Deuce Coupe a bit more collectible in the long run.

We’ll have more cool collectibles like this to share soon, so be sure and subscribe to Ford Authority for more Deuce Coupe news around-the-clock Ford news coverage.