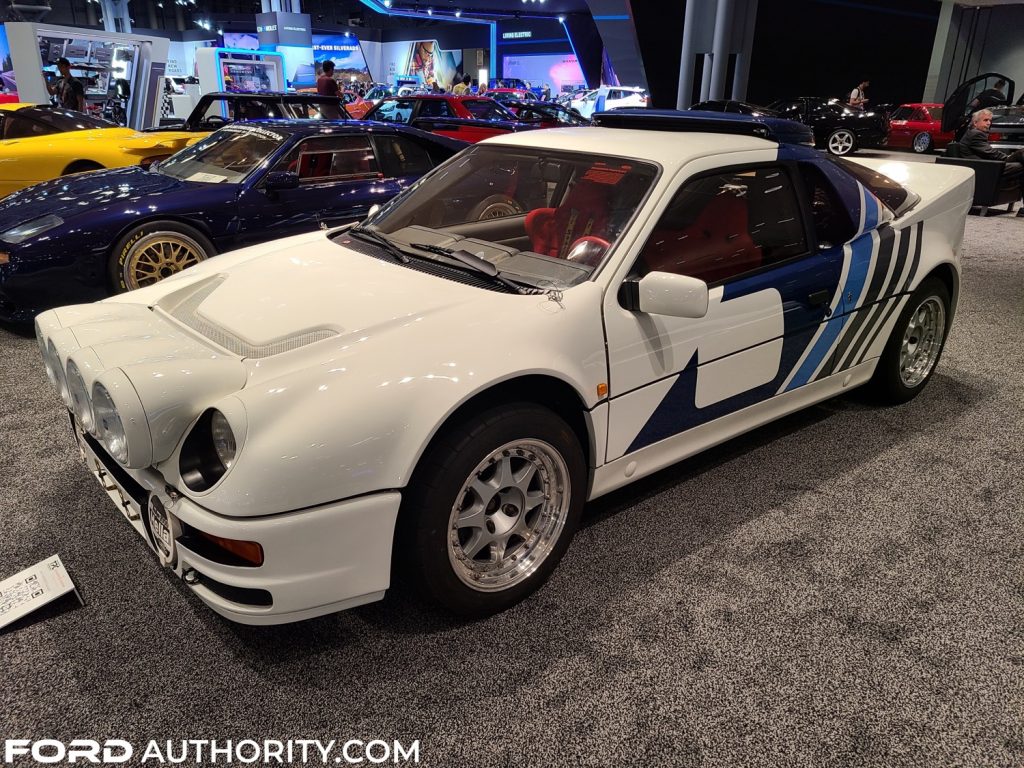 There are just 24 examples of the 1986 Ford RS200 Evolution in the world, a unique product of Ford’s British division as an answer for the four-wheel-drive Group B class rally racing scene. Previously, Ford Authority has spotted a few of these unique machines up for sale, including one formerly owned by Ken Block, and another that popped up on Bring a Trailer last year. Another example popped up at the 2022 New York International Auto Show, allowing Ford Authority to get up close and personal with the peculiar racer for the first time. 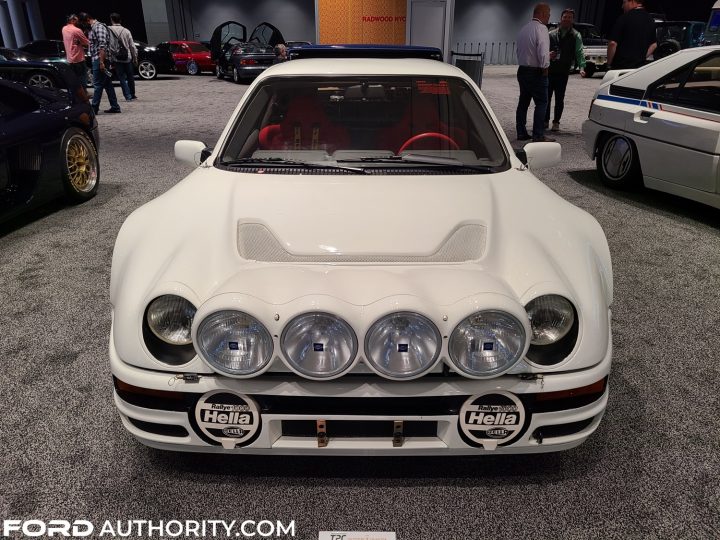 What’s particularly notable about this Ford RS200 Evolution is the addition of rally lights across the top of its front fascia, enclosed in a body-color sculpted housing. Its livery is predominantly white, with appropriately ’80s-style blue stripes spanning the doors. Since it’s a race car at its core, it has been outfitted with a pair of racing-style bucket seats set in a bright red interior that contrasts well with the cool-hued exterior. 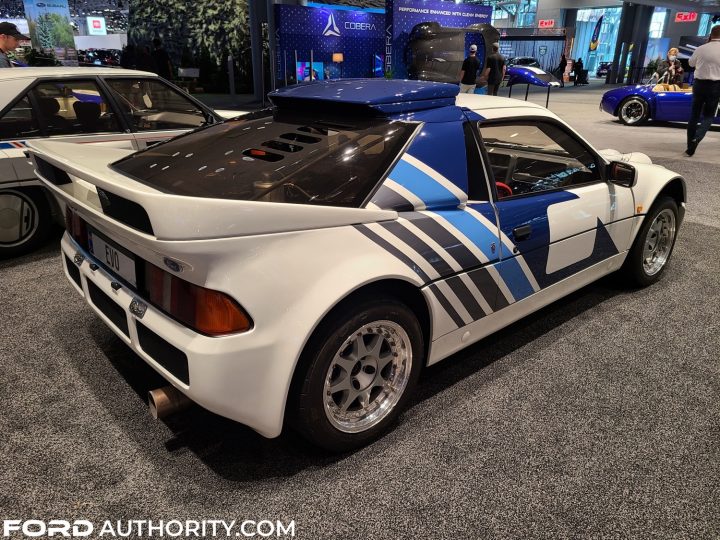 There were over 200 units of the Ford RS200 built, but as previously stated, only two dozen of the Evolution models were ever produced. Evolution models were built to handle quite a bit more speed than the “regular” RS200 models, sporting upgraded suspension and brakes and a larger, 2.1L I4 turbocharged Cosworth BDT-E powerplant that’s capable of a remarkable 580 brake horsepower at 8,000 rpm and 23 pounds of boost. For 12 years, the Ford RS200 Evolution held the record for “fastest accelerating car in the world,” and is able to gallop from zero to 60 mph in just 3.07 seconds. 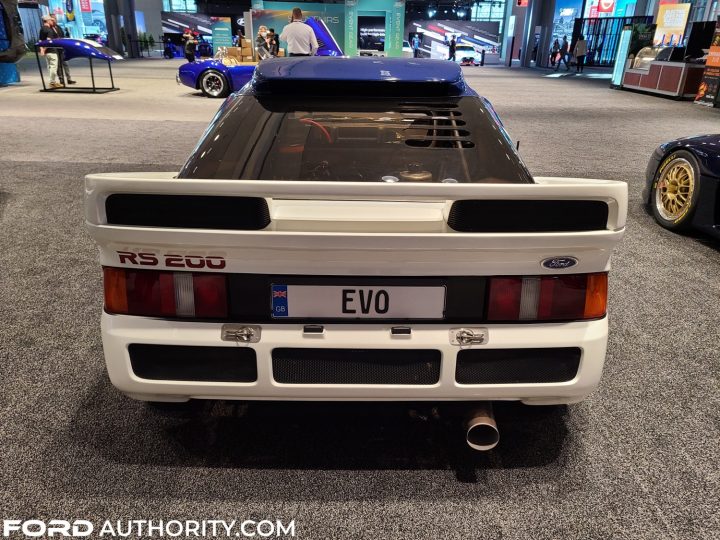 The Group B rally class was ultimately deemed “too fast to race” in May 1986, and was canceled shortly after a fatal crash occurred during the Tour de Course. Thus, the Ford RS200 Evolution only had a short stint on the world rally stage, but despite this, Ford was able to continue competing in rally events with the regular RS200 featuring the slightly less powerful 1.8L powerhouse instead.

We’ll have more rare Ford vehicles to report on soon, so be sure and subscribe to Ford Authority for more Ford RS200 news and around-the-clock Ford news coverage.